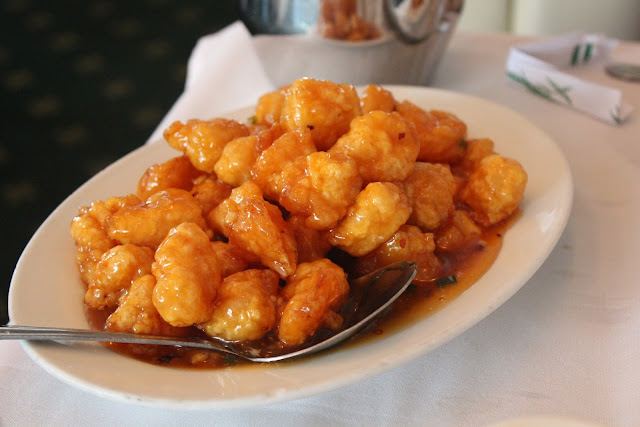 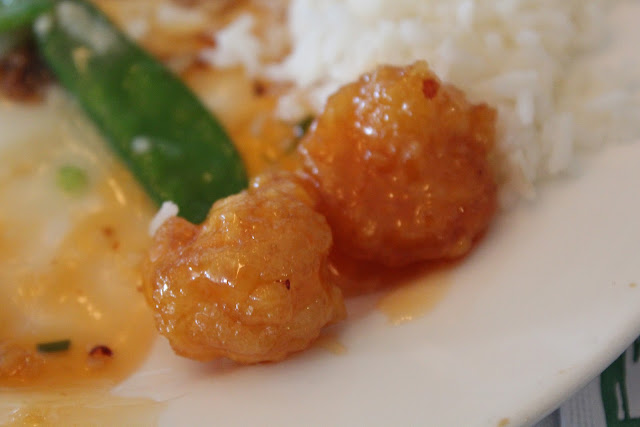 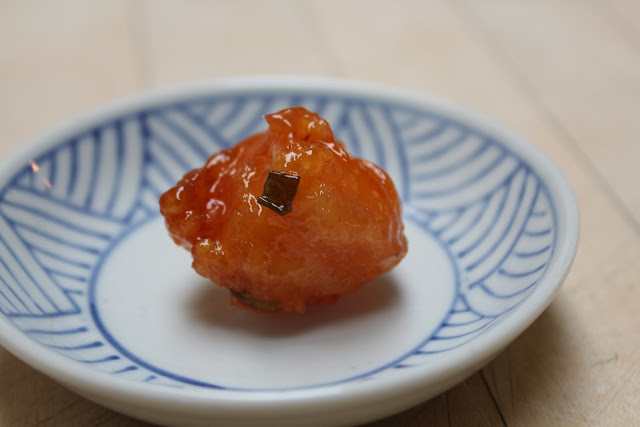 On the surface, the idea of cornstarch-battered fried shrimp tossed in a sauce of ketchup, sugar, garlic, vinegar, and ginger is not something that sounds all that good to me. But there is almost no food in the world that I love more. My friend Bryce had never tried them, so I made sure to remedy that on my last trip home.

Indeed. I suggested we give some to his three-year-old daughter but he said no. Maybe because they wouldn't be good for her, or maybe just because she wouldn't appreciate them. But probably because that would have meant less shrimp for us.

I don't know how many foods there are that I could eat every single day. Not fries. Probably not lobster. Certainly not bacon. Hell, my freshman year of college I think I actually tried to eat In-N-Out every day and I even got (slightly) tired of that.

I could probably eat pizza every day if it were a good enough slice. And these Slippery Shrimp. That's the list.
Posted by JustinM at 10:00 AM

Slippery Shrimp forever! It is by far my favorite dish at Yang Chows and I'm lucky to live exactly in the middle between the Chinatown Yang Chow and the east Pasadena Yang Chow. They're even good cold and soggy. But when they're delivered fresh to your table steaming and shiny, Slippery shrimp is a miraculous dish of unparalleled YUM.

I've had them cold - that third picture is of a leftover, cold shrimp - but never soggy. How long does that take? (To be honest, I don't know if they've ever been in the fridge overnight; I always seem to eat the leftovers within hours.)

I hope I make it there one day to eat these and Dog Haus.

It takes about a day for them to get soggy but somehow that does not matter, they are still delicious! Paired with Yang Cow's great Chinese chicken salad and their surprisingly flavorful brown rice, slippery shrimp is my favorite meal in Los Angeles, bar none.