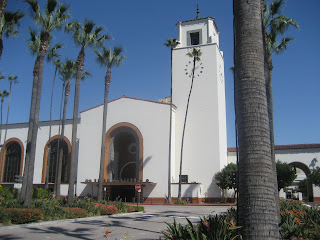 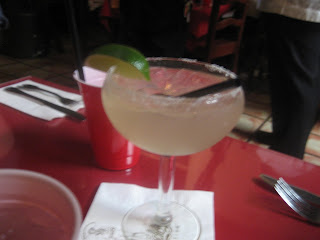 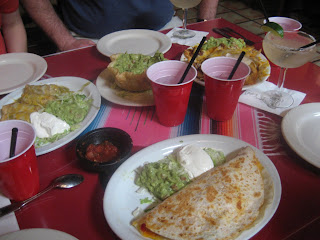 On Easter Sunday I was hanging out with three friends trying to come up with something to do. They told me to suggest some ideas, as I was the only one of us to have grown up in Southern California (assuming for a moment that I have grown up.) I gave options of going to the Huntington Botanical Gardens, going for a walk in the Arroyo, going for a picnic on Mt. Wilson, or taking the Gold Line down to Union Station and having a drink at the Traxx Bar. Predictably, they chose the option that involved alcohol.
But when we got down there, it was closed. I suggested we walk over to Olvera Street, as none of them had been there. "It shouldn't be too crowded," I offered, figuring that many Catholic people would be in church. As usual, I had no idea what I was talking about. The place was more crowded than I have ever seen it, because Cardinal Mahony was there doing the "Blessing of the Animals." Oops. My bad.
The upside to this, however, is that while Olvera Street and the Plaza were shoulder to shoulder with people, the shops and restaurants weren't too crowded. We ducked into one restaurant off the street, I do not remember which. My three friends started drinking margaritas but I stuck with ice cold bottles of Pacifico (I have not had either tequilla or Taco Bell in a dozen years, both dating back to the same incident. You don't wanna know.)
-
We had quesadillas, chips and salsa, guacamole, taquitos, and nachos. All of it was good, but to be honest, drinking cold drinks on a hot Easter Sunday with some good friends is going to make anything taste good, especially if it's drowning in cheese, which all of this food was.
Posted by JustinM at 2:32 PM

This is great info to know.