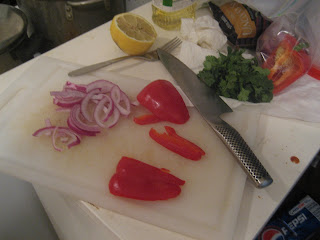 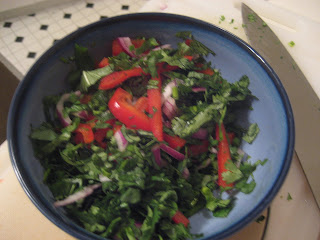 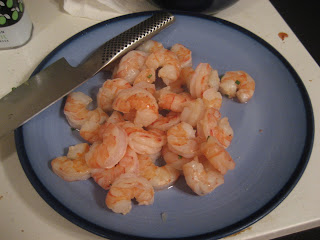 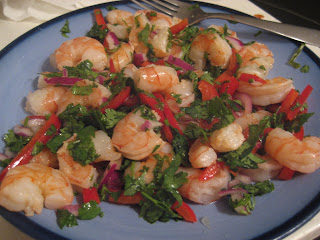 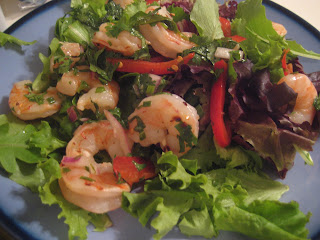 After a weekend in which I ate Burger King, two other hamburgers, and, for the first time in perhaps 15 years, a Twinkie, I wanted something on the healthier side for dinner. I attempted to replicate a Thai shrimp salad I had at a restaurant a few months ago.

First I chopped up some red onion, cilantro, red pepper, crushed red chili, and basil. I mixed that with some lime juice and a little olive oil. I boiled some Trader Joe's frozen shrimp in water and lemon juice, mixed it up with the ingredients, squeezed a lemon over it, and let it chill in the fridge for about an hour.
-
I put the mixture over a plate of mixed greens. I was very pleased with the results. If I make this again, though, I'm going to mince a couple jalapenos and throw them in - I think that would have gone well with the acidity of the citrus.
Posted by JustinM at 2:53 PM