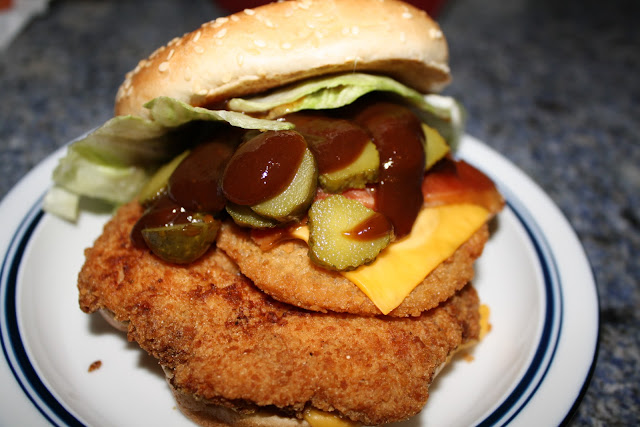 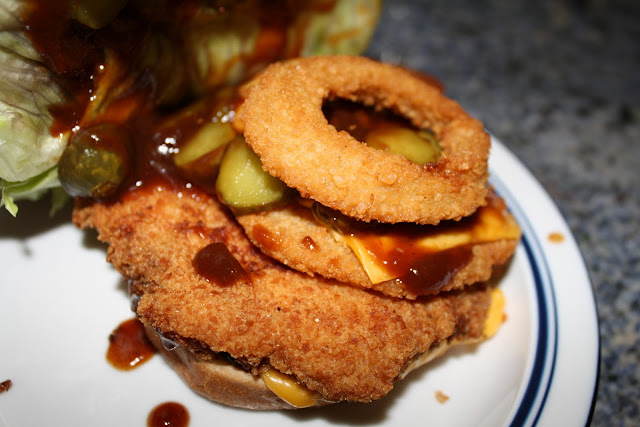 Elizabeth saw my post about Jack in the Box's Outlaw Spicy Chicken Sandwich the other day and decided she wanted to try it. So I decided to get another one. But this time I added chopped deli pickle, some spicy barbecue sauce, and I ordered a side of onion rings so that I could add a couple extra to the sandwich. It was even better this way. I've never had Jack's onion rings before - for fast food onion rings, they're not bad. 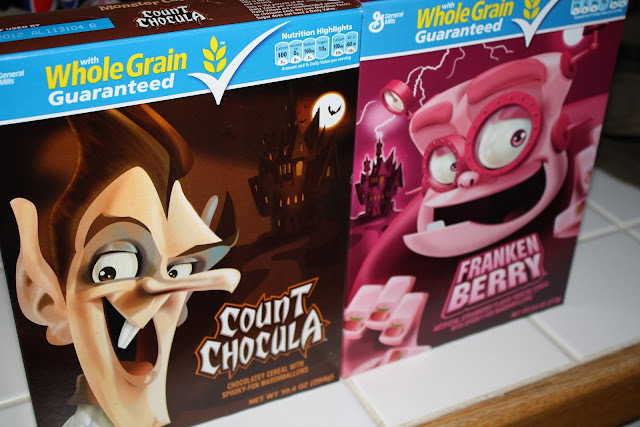 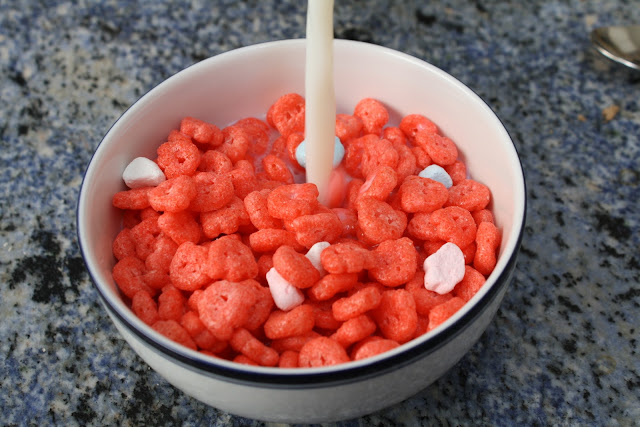 Since Elizabeth moved to California more than three and a half years ago, she has looked in dozens, perhaps hundreds of places for Count Chocula, but never found it. On Saturday morning she found these at Albertson's. It was the happiest I have ever seen her. 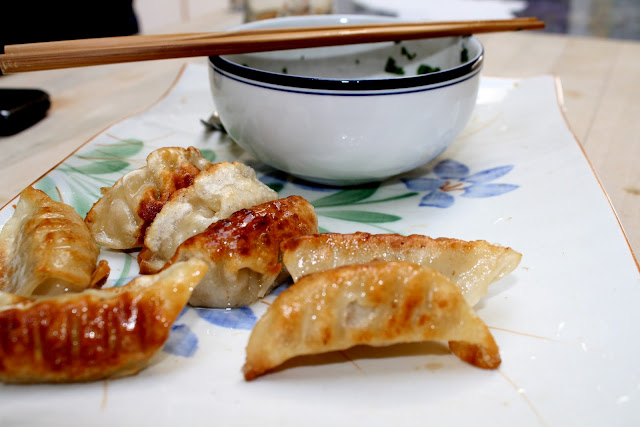 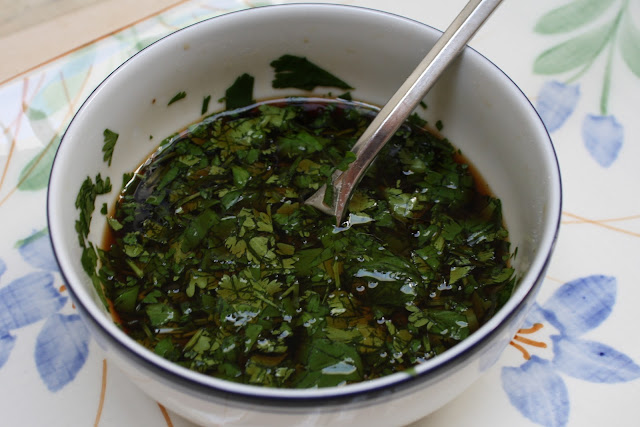 We had to take one of our cars to the Toyota dealer on Saturday morning; since it's just a mile down the hill from my parents' house, we hung out there. I made some potstickers for lunch while watching football with my dad. To accompany them I whipped up a sauce of soy, vinegar, ginger, Chinese five spice, and lots of cilantro. It was a great snack. 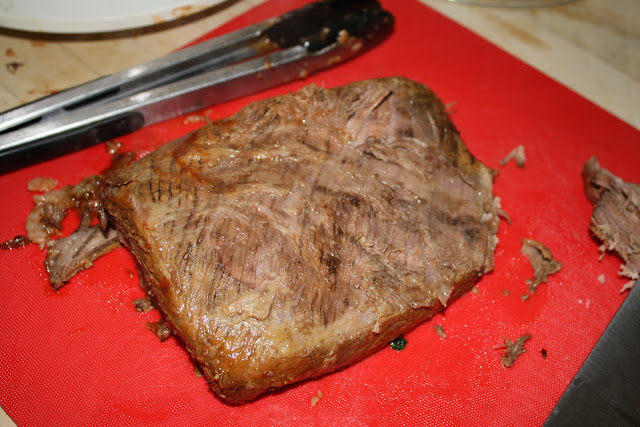 We decided to stay at my parents' for dinner so that I could watch the UCLA game with my dad. (It's possible it might be the last Bruins victory of the season.) So I got a brisket at Ralph's and I put it in the slow cooker with onions and beer. Several hours later I removed it, scraped off the fat, and chopped it up. 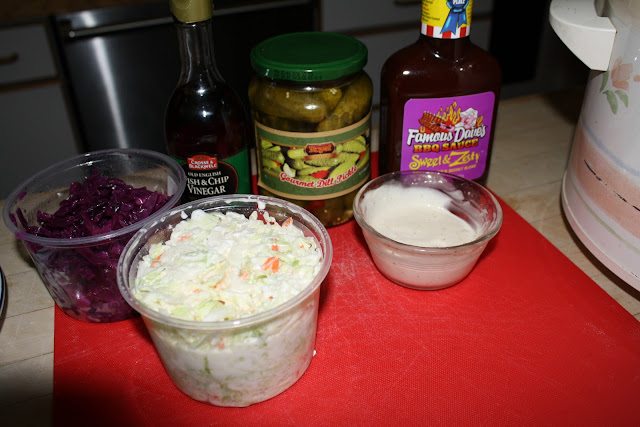 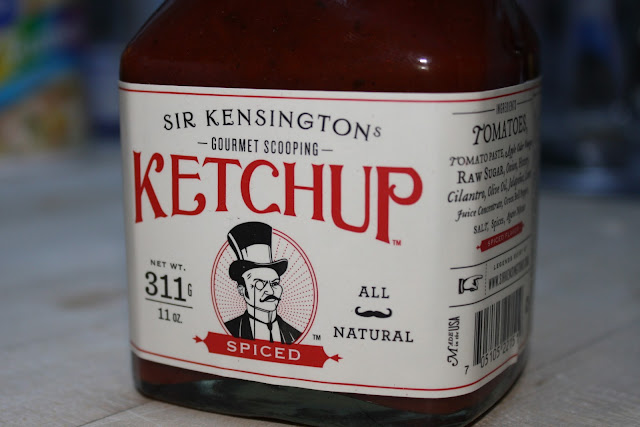 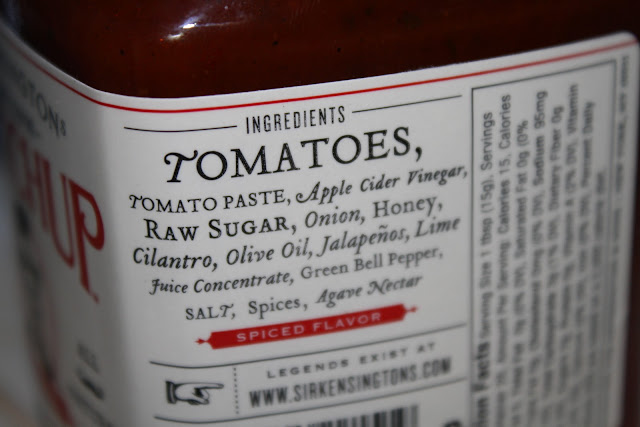 I am a sucker for any kind of condiment marketed as gourmet or old-fashioned. So when I saw something called "Sir Kensingtons Gourmet Scooping Ketchup," I had to try it. It was quite tasty, a far cry from the too-sweet Heinz ketchup that you find everywhere. 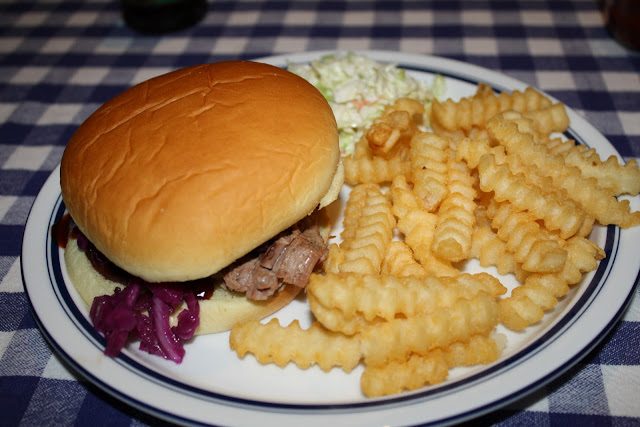 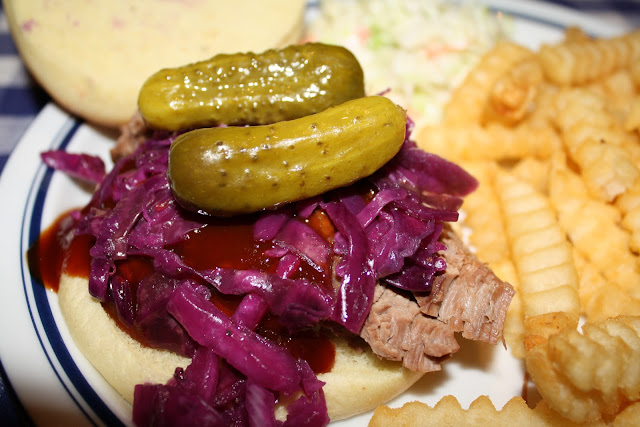 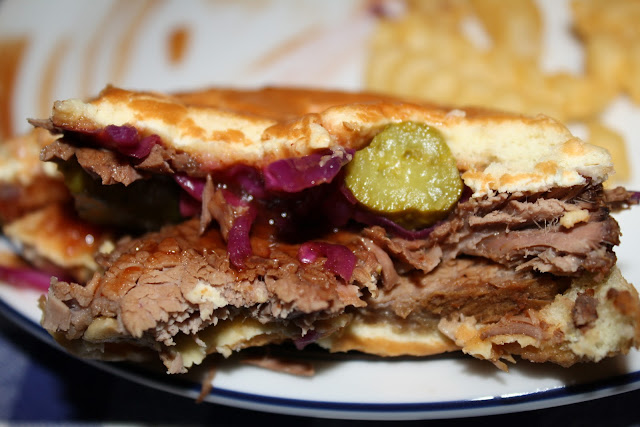 I put my brisket on a bun with red cabbage slaw, pickles, and barbecue sauce. On the side I ate some cole slaw (just supermarket deli slaw, not very good) and some crinkle cut fries. It was a tasty, simple dinner. 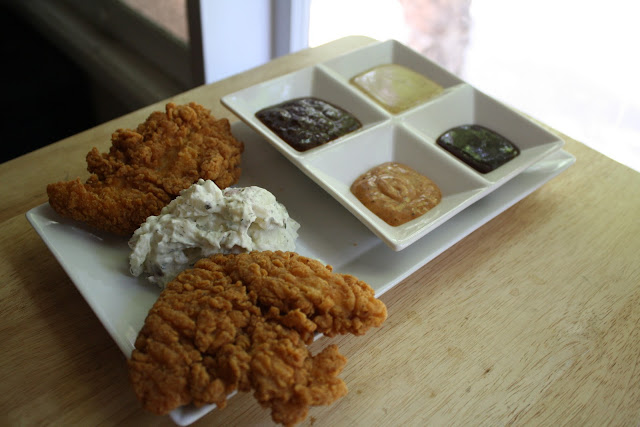 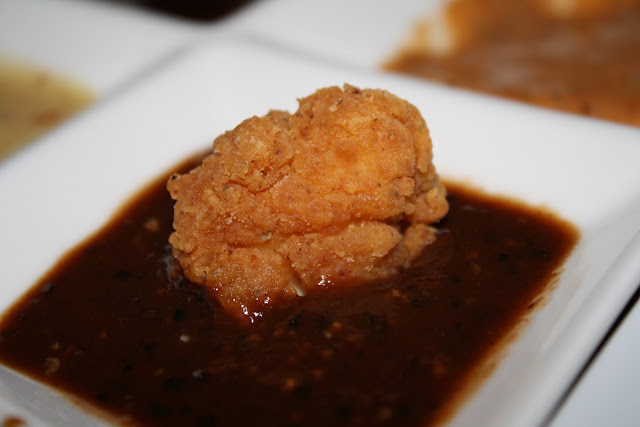 For lunch Sunday I got some of those delicious chicken tenders from the Vons deli and used my four-compartment condiment dish. The four sauces I used this time? Honey mustard (from Fresh & Easy), remoulade, thick Worcestershire sauce, and A.1. cracked peppercorn steak sauce. 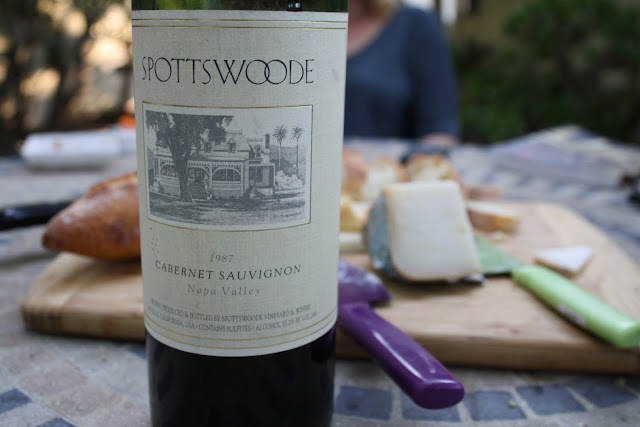 On Sunday afternoon, Tim brought over a 1987 Spottswoode Cab. Tracie joined us and I got some cheese and bread at Nicole's in South Pasadena. 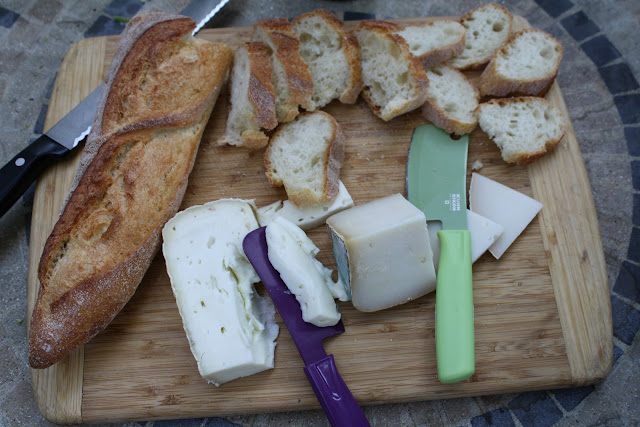 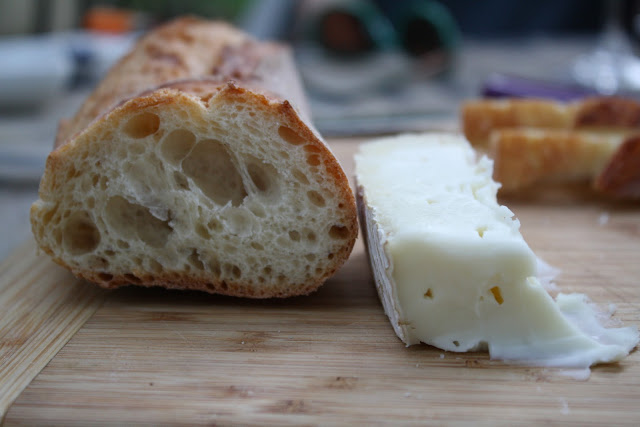 The cheese on the right is Garrotxa, a Spanish goat milk cheese from Catalonia. But the surprise was the soft Casatica - an Italian buffalo milk cheese as smooth as brie, but, in my opinion, much tastier.

Both cheeses went beautifully with the old wine, so I decided to make those my dinner for the evening.
Posted by JustinM at 2:51 PM

Where did you score the Sir Kensington's, man? I only know they carry it at Williams-Sonoma or online, but that's not extremely convenient to some of us in the IE. If it was at Ralph's or something, I must know (and must go)!

Whole Foods. I used the product locator on their website just now. Unfortunately they do not show anything in the IE.

Thanks. I noticed that when I looked at their site a while back, and Whole Foods looked like the closest. I'll have to get it next time I'm out that way because there really isn't much out here. I guess I slightly regret the downgrade in grocery options form moving down here.