Pastrami Dip at The Hat 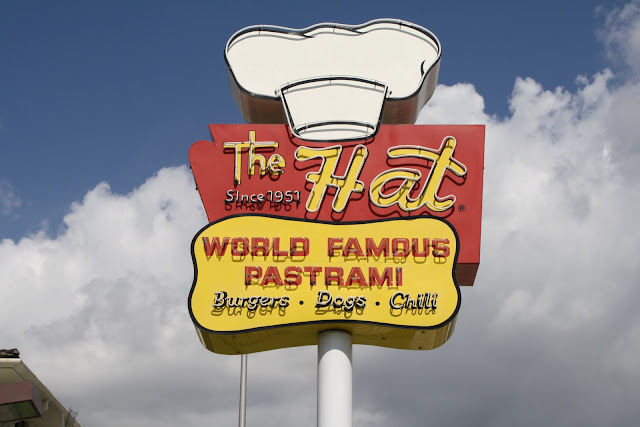 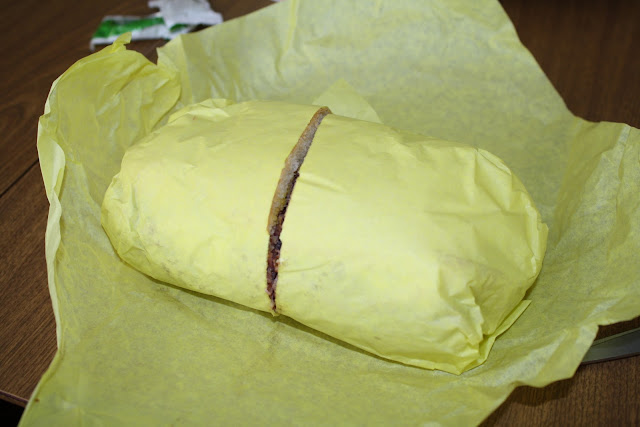 I've been The Hat a few times over the last couple of years, writing about it three times: in December of 2009, when I tried the pastrami burger, in May of 2010, when I had a chili dog, and in March of this year, when I had a burger and onion rings and created a chili/relish/onion ring volcano.

But the one thing I haven't featured - and don't remember eating since I was a teenager - is the thing they are most famous for: a pastrami sandwich. So on my most recent trip I decided to give it a try. It was $7.49 - fifty cents more than the last time I noticed the menu. Not exactly cheap, but I wouldn't call it expensive, either, especially when you are handed the half-pound sandwich. 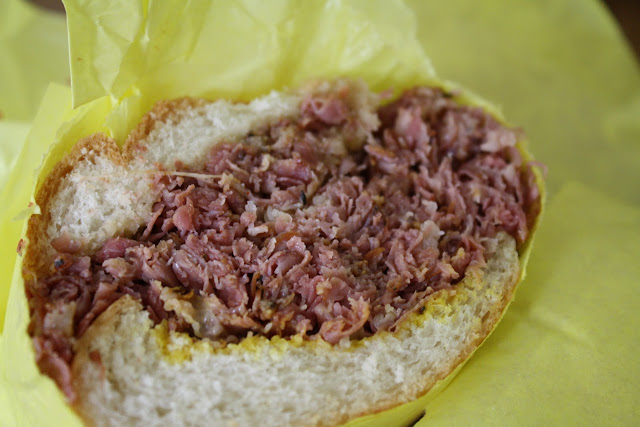 The pastrami was shaved as thinly as any I have ever had. It wasn't particularly lean, but it wasn't overly-fatty, either. What fat there was seemed to melt away in each bite. The pastrami was salty, a touch smoky, and quite pleasant. Would I ever confuse it with Langer's? No, of course not. But that's a real deli. For a burger joint, this pastrami sandwich was more than adequate, especially compared to some other places in Pasadena that are known for their pastrami.

But here's the thing that blew me away: there were no pickles on it. I love the vinegary, crunchy blast of pickles complementing the taste of pastrami. (It also could have used a little more mustard, but at least there was mustard on the sandwich.) Do you have to specifically ask for pickles on your pastrami at The Hat? Or did I just get a no-pickles sandwich that was meant for someone else? 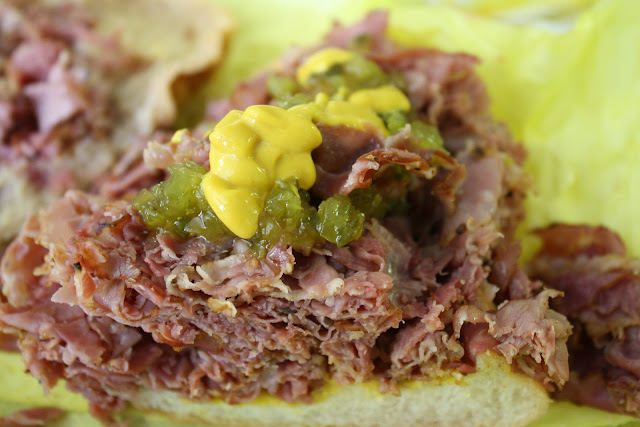 Fortunately, I have packets of condiments in lots of places: both the glove compartment of my car and one drawer in my kitchen are full of them. And a pocket in my Jack Sack has a few different varieties scattered around. Some people - including one person very close to me - say that I "have a problem." But on days like this, it comes in handy. I squeezed some additional yellow mustard and two packets of relish onto the sandwich. It helped immensely.

I liked the pastrami dip at The Hat. I didn't love it - there is nothing there that I really love - but it was better than I thought it was going to be. I only eat at The Hat once or twice per year, and this sandwich wasn't good enough to make me change that, but this will be my go-to item from now on.
Posted by JustinM at 10:00 AM

I love your photos. What camera do you use?

You do have a problem. But I found some honey mustard in the drawer the other night and it was great.

Heather J: The Canon Rebel XS - the lowest end of the DSLR series. But it serves our needs perfectly. (Though I have my eye on a new lens.)

Liz: Those are my sauces!

Anon: The Jack Sack is awesome. 22 bucks and it's lasted me years, and I imagine it will last the rest of my life. I carried my laptop and notebooks in it in grad school, I take it with me to the farmers markets and fill it with produce, I walk around town with my cameras in it... I use it for everything except fighting terrorism like Jack did.

If i was ever forced to eat a pastrami sandwich I would probably eat the Hat's. This is the kind of meat/fat I can handle. They should really step up the game with the fixins - I agree with you about having a vinegary punch to things.

The concept of someone being "forced" to eat a pastrami sandwich just made my blood run cold. Oh man.