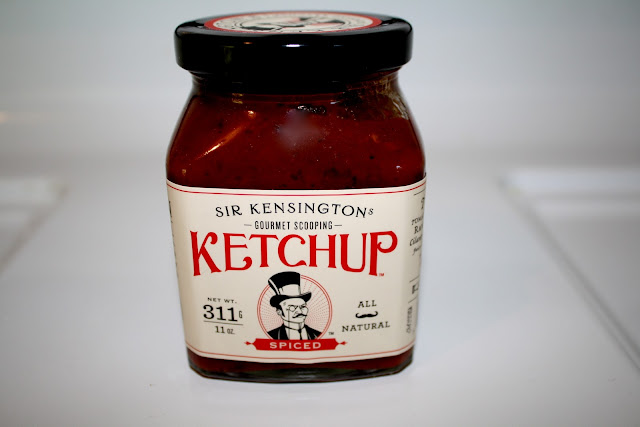 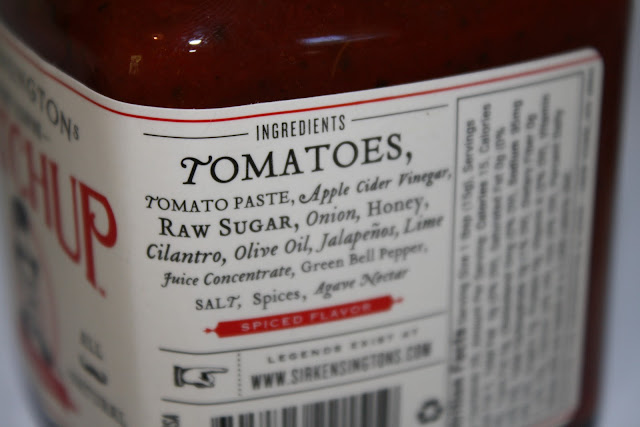 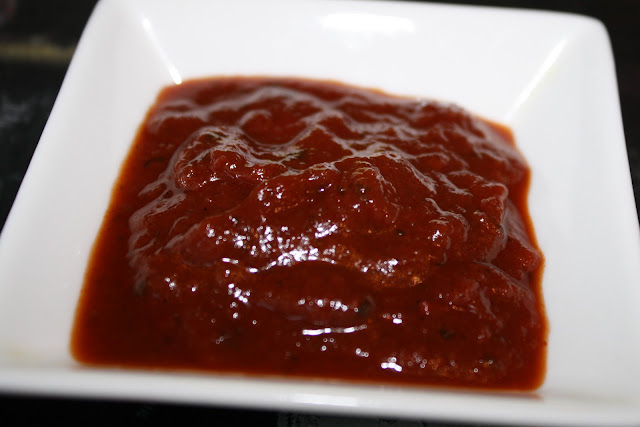 In the Weekend Eats post a week and a half ago, I showed a picture of Sir Kensington's Gourmet Scooping Ketchup, a condiment I'd picked up last weekend due in no small part to the cuteness of the name and logo. (We're all suckers to a certain degree, and my weakness is for ridiculously-named condiments.) A few people emailed me and asked where I got it; the answer is Whole Foods.

It turns out, the stuff is really good. I stopped being a huge fan of ketchup many years ago. I much prefer mustard and mayo. (The last ketchup I loved was something called Formula 9 Gourmet Ketchup, offered in four flavors, my favorite of which was ginger. But that company went out of business more than a decade ago.)

Still, after more than a week of eating Sir Kensington's, I'm tempted to say I love the stuff. It is full of flavor, whereas most ketchups - especially Heinz - taste only of sweetness to me. In fact, on the official website of Sir Kensington's, they offer a chart to show why their ketchup is better: instead of high fructose corn syrup, Sir Kensington's is sweetened with agave nectar, honey and brown sugar. In place of Heinz's "salt and onion powder" seasonings, this ketchup utilizes coriander, lime juice, allspice and whole onions.

It's offered in two varieties: "Classic" and "Spiced." I'm sure you can guess that I purchased the latter. Here are a few of the things I've been using it on: 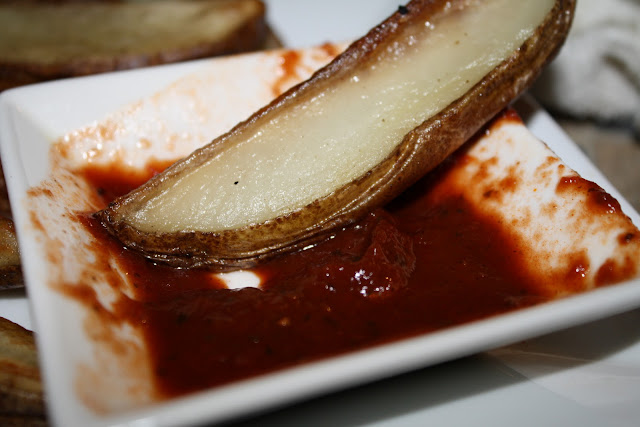 The other night I roasted some potato wedges in the oven with olive oil, salt, pepper, and garlic powder. The ketchup complemented those flavors beautifully. 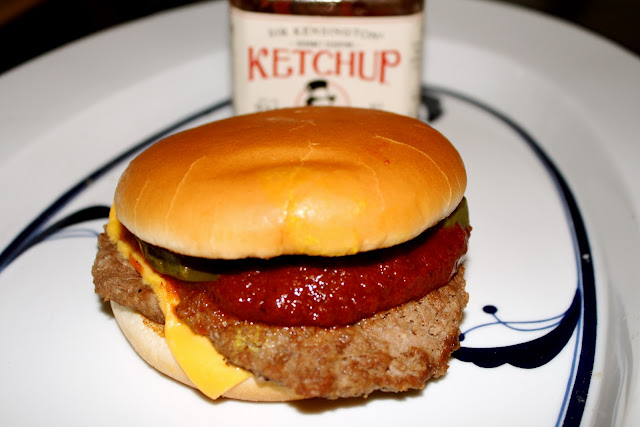 The McDouble is enhanced dramatically with a couple of thick slices of deli pickle and the gourmet ketchup. 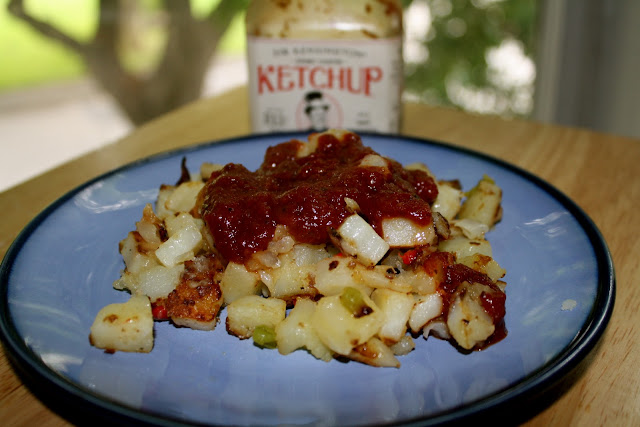 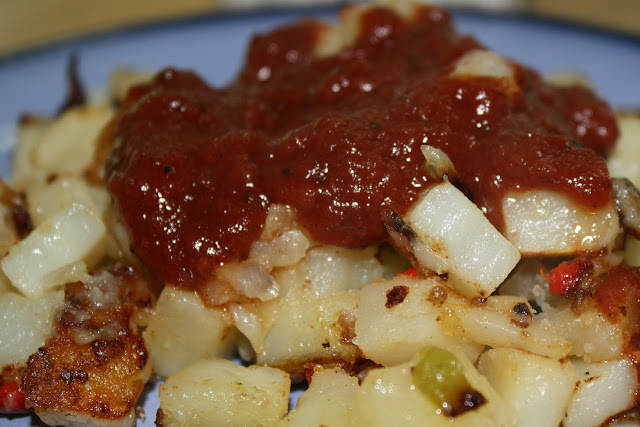 Despite not being much of a ketchup-eater these days (in the more than two and a half years Elizabeth and I have lived in our current place, I don't believe we've ever had a bottle of ketchup in the fridge, although, as I mentioned the other day, I have a kitchen drawer full of condiment packets, including many ketchups) there is one time that I often make an exception: breakfast. (I rarely eat breakfast, so it's not really that often.) I love ketchup and salsa on eggs, and I really like ketchup and hot sauce on breakfast potatoes. Usually it's a mix of ketchup and Valentina, or sometimes Texas Champagne, but I enjoy the flavors. Maybe I just like the way it makes me feel like a kid again.

But with Sir Kensington's, nothing is required to supplement the flavors of the ketchup: I added a couple of tablespoons to some Potatoes O'Brien I made the other day. I didn't even feel the need to add any hot sauce, which is quite rare for me at breakfast time. 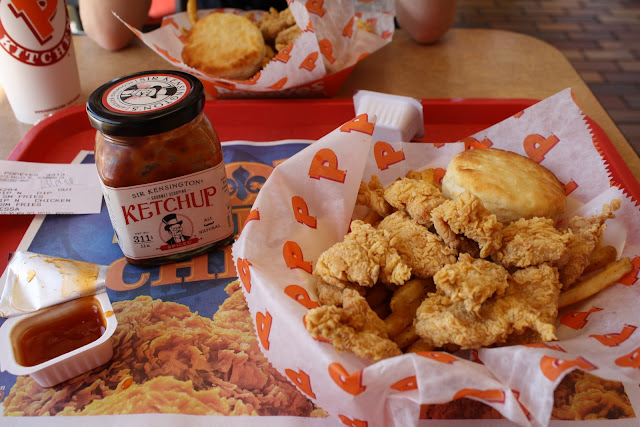 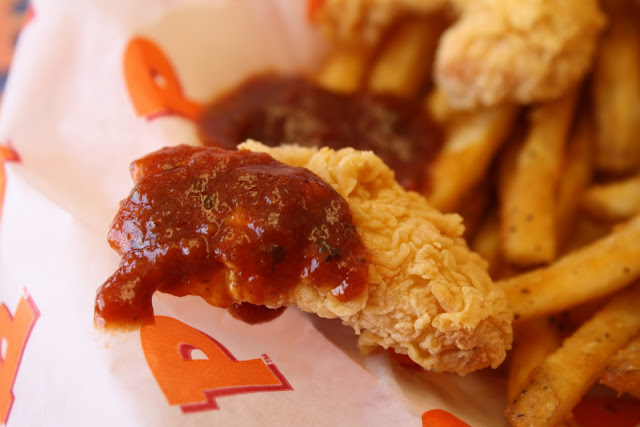 I took Elizabeth to Popeye's so that she could try the Dip'n Chick'n I wrote about two weeks ago. In grand Popeye's tradition, they were out of the appropriate dipping sauce. (Of course the guy behind the counter didn't tell me that when I ordered - I really like Popeye's, but the company doesn't seem to be making much effort with their promotions lately.) Luckily I was able to pull the bottle of Sir Kensington's out of my Jack Sack.

I think she was trying to express that I'm a dork. Whatever. The ketchup went nicely with the battered fries and, though it wasn't as good on the chicken as the correct dipping sauce (blackened ranch) would have been, it was still better than any of the sauces that Popeyes was offering me that day. 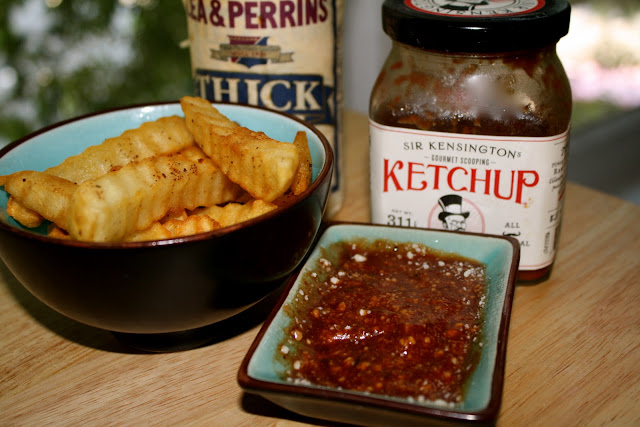 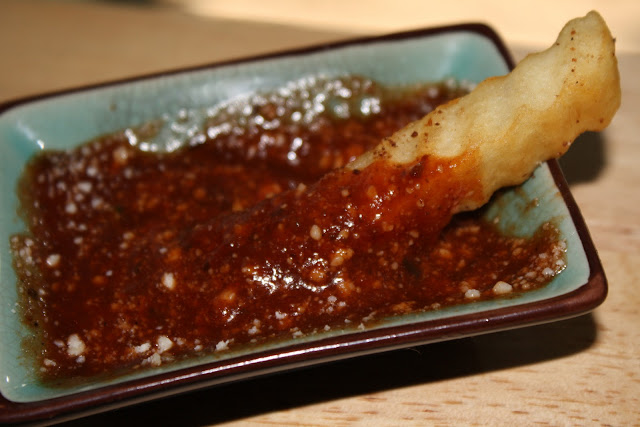 Okay, this might sound weird, but it was delicious: I mixed Sir Kensington's with Thick Worcestershire, lemon juice, and Parmesan cheese, then used it as a dipping sauce for fries. It was slightly-sweet, tangy, sour and nutty. I probably could have eaten this mixture with a spoon. The other night I went to Wendy's to get Elizabeth her favorite burger there: the junior cheeseburger deluxe. I decided to get one for myself as well. The Sir Kensington's certainly made the burger better, but not like it did with the McDouble. (Of course I much prefer the latter to begin with, which may have had something to do with it.) 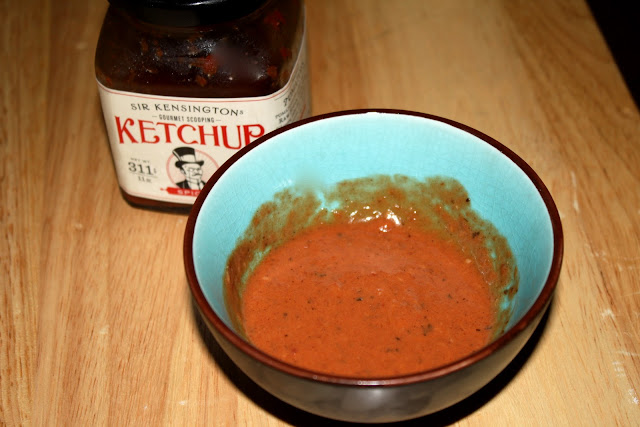 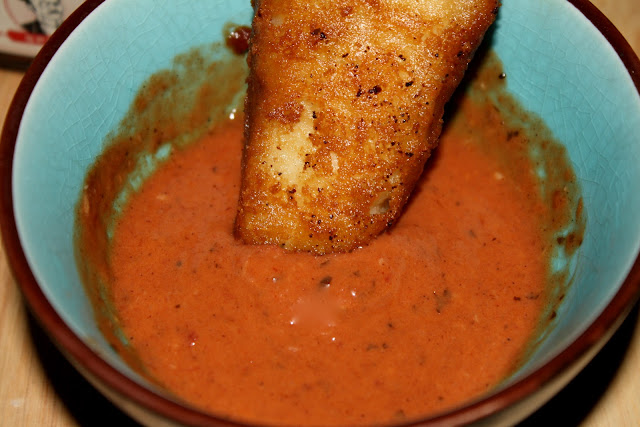 Still, as you've probably figured out by now, I don't view this brand of ketchup as just any old ketchup, so it was worth a shot. I added some horseradish and a squirt of lemon juice. It was a great sauce but I'm not sure if it was a good cocktail sauce; it was so complex and delicious that it made the fried piece of fish (a Trader Joe's beer-battered fish) pale in comparison. The tail was wagging the dog. The fish was the condiment for the sauce.

I wanted to write about more things... but I ran out of Sir Kensington's. And it was my second bottle I've finished in less than twelve days. I gotta go get more tomorrow.
Posted by JustinM at 10:00 AM

Well done. I will definitely try this soon and I too am not a big ketchup fan.

Sir Kensington is to ketchup as Langer's is to pastrami.

damn pp ur da man yo. u make me so damn hungry.

Off to find the closest Whole Foods...

Williams Sonoma in Spokane is your best bet.

I am not really a ketchup lover. But I am pretty curious of how it taste. And it seems perfect for roasted potato wedges.