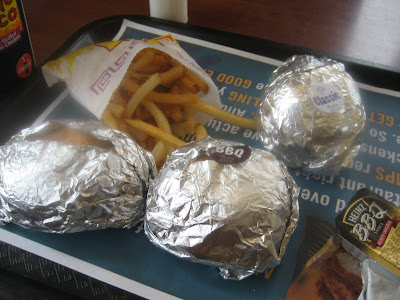 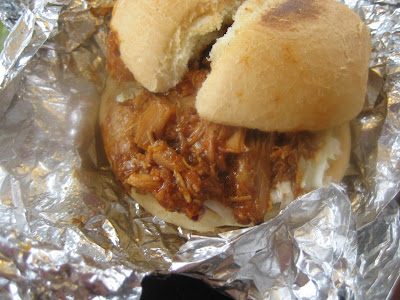 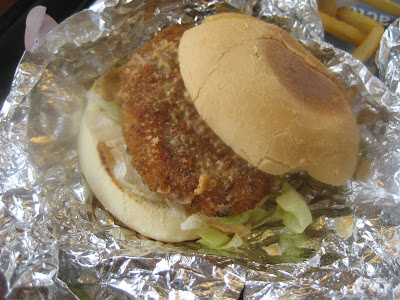 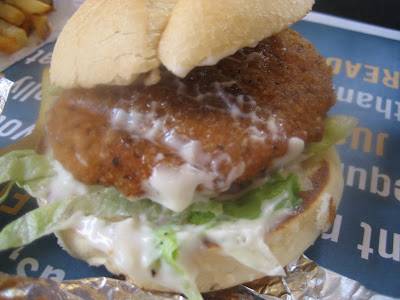 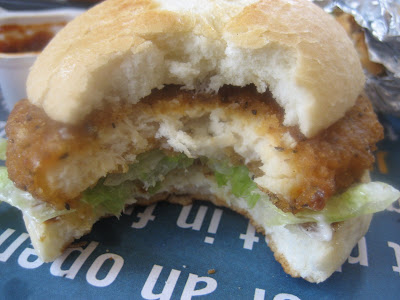 This trend of mini food is getting annoying. Not Lakers-car-flags annoying. ("Look, I love the Lakers, I have a car flag! I swear I've been watching all season and not just because they've made the Finals!") Not annoying in the same way that ESPN.com and the L.A. Times website now have embedded videos on almost every page and load slower than Sid Bream rounding third. (That's for my friend Nick, who grew up in Pittsburgh back when there was a professional baseball team there.) And definitely not as annoying as the fact that The Unit has been cancelled. (Between The Shield ending and the last two seasons of 24 being unbelievably boring, The Unit was one of only two shows left on television left that I like.) But still annoying.
-
I do not have a problem with the concept of restaurants and fast food joints making smaller products at lower prices. But of all the mini burgers and sandwiches I have tried recently, not a single one was better than a full size burger or sandwich would have been. What's the point of paying less money if you get a crappier product? Is getting a lousy KFC Snacker for 99 cents a better deal than getting a delicious In-N-Out cheeseburger for $2.19? No, absolutely not.
-
I've usually enjoyed El Pollo Loco's promotions, be it the recent chicken tortilla roll, or the years-ago fuego chili orange chicken. When I saw they were jumping on board the sliders train, like Jack in the Box, Burger King, Johnny Rockets, etc., I knew I would have to give them a try. They are offered in three flavors, each 99 cents: original, bbq chicken, and spicy. They are all served on telera rolls - a flat bread that is basically the Mexican version of a French roll.
-
These were definitely my favorite of the mini foods I have tried this year. I did not think they were great by any means, but I would try them again. They did not taste like a vehicle to get rid of leftover food (like KFC's Snackers) or a reason to have an extremely annoying commercial with midget cowboys (like Jack in the Box.)
-
Each of the sandwiches had something I liked and something I didn't. My friend Zach tried them a couple days ago and reported that he wasn't sure how he felt about the buns, suggesting they didn't go well with the crispy chicken. I agree with him. But I really liked the chicken. If these patties could have been served on the same soft buns KFC uses for their Chicken Littles, I would have loved them. I liked the spicy sauce, but the original slider had some kind of a mayonnaise sauce (or maybe it was just mayonnaise) that I did not enjoy. I slathered a packet of El Pollo Loco's jalapeno sauce over to mask the mayo, and it was better.
-
The hard bun went much better with the shredded bbq chicken, and I really liked the cole slaw that comes on the slider. Unfortunately, there were only a couple dime-size pieces of chicken and the rest were tiny shreds in a mess of barbecue sauce. And it was cold. Considering I had waited about 15 minutes to get my food (the girl behind the counter was very nice and apologized and offered me a free flan, but I didn't want a free flan; I wanted my food) I thought the least I could have expected was to get warm chicken. Apparently I was asking too much. I would definitely like to try this bbq chicken slider again to see if I get a better, warmer one, because if so it might be damn good.
-
By the way, there are a lot of people who are adamant about pointing out that not all mini burgers and sandwiches are sliders; that in order to be called a slider it has to be a beef patty grilled to a very specific standard. These are the same people who, in high school, pointed out to the teacher when he or she had not yet collected homework, and who told everyone who would listen a decade ago that the millennium did not start until the year 2001. They are right, of course, but they are dorks.
Posted by JustinM at 11:05 AM