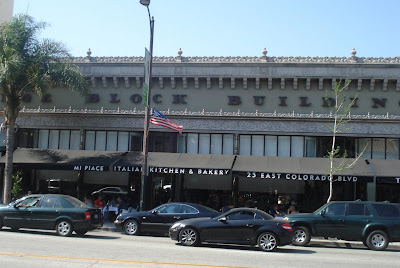 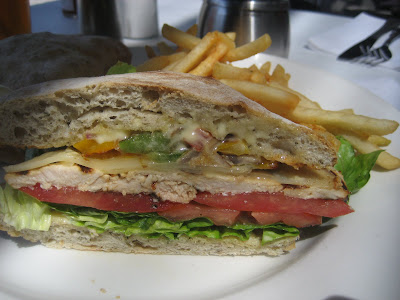 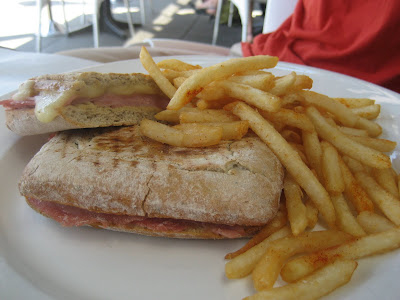 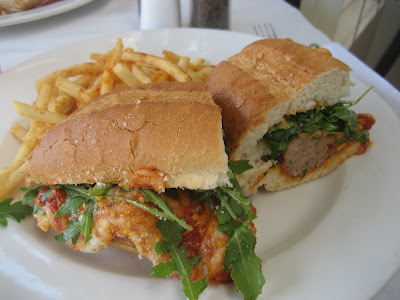 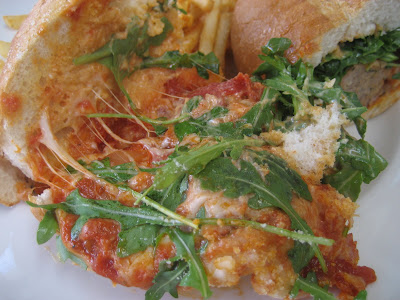 Mi Piace has been in Old Pasadena since I was ten years old. I remember eating there with my family when I was a kid but I do not remember much about it other than the fact that their "fried mozzarella" were large, flat pieces of mozzarella with some kind of exotic marinara sauce. That sounds great to me now, but back then I didn't want my fried cheese to be anything but crispy sticks of cheese with ranch dressing. I was a moron when I was a kid.
-
Once I started going out to restaurants in Old Town as an adult, I rarely went there. I distinctly remember a couple meals in my early 20s, and both times I thought the service was arrogant and the food merely adequate. Italian has never been my favorite, but if I craved it, there was no question I would rather sit in a window seat at La Fornaretta with a bottle of wine, enjoying the friendly service and incomparable smells from the kitchen. (I once took a date there, she was from New York, and she claimed she had never in her life walked into an Italian restaurant that smelled better.)
-
Once La Fornaretta closed and the Braley Building became a staging ground for strange people offering "stress tests" (and even stranger people protesting them), whenever I felt the need for pizza or Italian I would head over to The Kitchen. I think my last meal at Mi Piace was about 5 years ago.
-
Recently some friends were down from Oregon and after I picked them up at the airport we headed into Old Town to get some lunch. Not surprisingly, they wanted to dine alfresco. We walked around for about twenty minutes trying to all agree on a place. We settled on Sorriso and walked down there. Even though the tables were set up and there were about ten servers standing around joking with each other, we were informed they didn't open until 11:30, and it was only 11:15. No big deal, so we walked down the street past Mi Piace. I realized that I had never had lunch there, and when one of my friend suggested it, I thought it was a great idea.
-
We were given a table on the sidewalk. After soaking in the sunshine for a few silent minutes, my friends looked like they'd had a transfusion. My friend Dave had the sandwich in the first pictures - chicken with mushrooms, onions and peppers. He loved it. Toni had the panini with black forest ham, brie, and honey mustard. She gave me a small bite; it was great.
-
I took a chance on a sandwich that sounded like it might be good, but also sounded like it might have too much going on: meatballs, arugula, mozzarella, marinara sauce and aioli. And as if that wasn't enough, it was served with fries. Fortunately, the sandwich was really good. It had been a long time since I'd had a meatball sandwich that I didn't make myself, and I'd forgotten how much I love a well-made one. I only ate half the sandwich and took the other half with me, but it didn't even last through the afternoon before I'd eaten it.
-
I liked lunch at Mi Piace much more than any dinner I've had there. It is a more relaxed atmosphere and devoid of the attitude I've experienced at dinner that I should somehow be honored to be eating in their restaurant. And the sidewalk is a pleasant place to dine. If I return to Mi Piace it will certainly be for lunch.
Posted by JustinM at 10:42 AM