The First Weekend of Summer

I do not remember how old I was the first time I heard the expression "The best things in life are free" but it's a safe bet that I was old enough to be suspicious of the claim. If that were the case, why did my parents work so hard? Why did I have to spend such a large part of my allowance on baseball cards and giant Lemonheads at the local liquor store? My brother seemed to embrace the maxim a little more; when he was about 4 he claimed he didn't care about money at all and I could have all the money he got for the rest of his life. (I don't remember how long that lasted but it didn't last long.)
As I got a little older, though, I realized that while it may not be completely accurate, there is a large amount of truth to it. When I was 18, my friend Zach and I sat on the porch of his parents' place up north of Gaviota on a winter afternoon that may have been 80 degrees and we grilled burgers, drank Coronas, and watched whales swim by a couple hundred yards away in the Pacific. It wasn't techincally a free moment - we may have spent 20 bucks on the food and beer - but the point was made. I have had better afternoons since then, but not many, and none cheaper.

So over the weekend, the longest daylight of the year, it struck me that I didn't really feel like doing much that required spending a lot of money. A Father's Day barbecue would be in order. The U.S. Open would be going on all weekend if the weather cooperated. There was a new episode of Visiting With Huell Howser in which he did features on The Apple Pan and Clifton's Cafeteria. And it was the second and final meeting of the season for the Angels and Dodgers. Originally, the Saturday game was going to be a 1 PM start time, broadcast by Fox as their game of the week, but it was changed to a 6 PM start on local tv.
And that was just fine with me. Any list I make of the most enjoyable inexpensive things in life would have to include, near the top, listening to Vin Scully call an Angels game. Now, with the Saturday game switched from national tv, I would be getting to hear him both Friday and Saturday nights. If ever there was a good weekend to hang out in front of the tv, this would be it.
Vons had lobster tails on sale this past week for $5.99 each, so I got some and grilled them Friday night for dinner, along with a cheap steak and some sweet corn. I ate it with some cole slaw. The steak wasn't very good; I should have marinated it overnight. But drenched in A.1. sauce, it was edible. The lobster was good. Was it as good as the Crab Cooker, or Australian lobster tails from Fish King that I have grilled in the past? No, absolutely not. But these lobster tails were a fraction of the price. 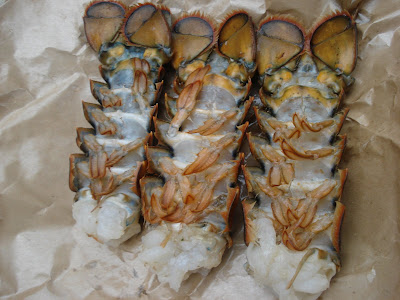 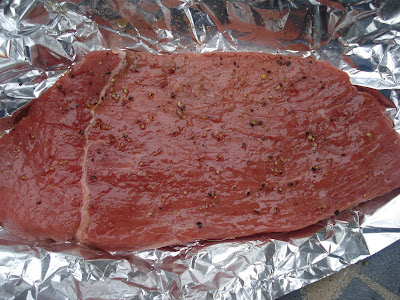 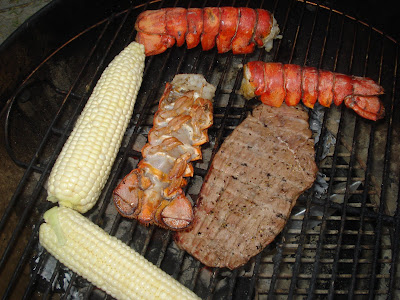 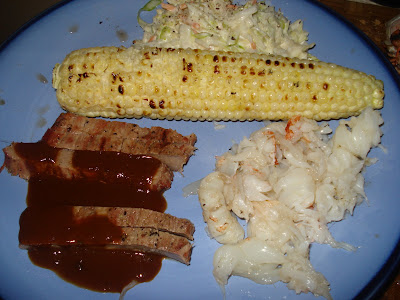 Saturday evening for the game I made a pizza with ingredients that were all in the fridge. I strecthed out a Fresh & Easy pizza dough very thin and covered it with pizza sauce. There was some salami in the fridge that Elizabeth had used to make sandwiches during the week. I don't remember if I've ever had salami on a pizza before but it sounded good, so I threw a few pieces on. I cut up a package of goat cheese and added it. When the pizza came out of the oven I tore off some pieces of basil from our plant. I loved this pizza. It was a little on the dry side, but a few sprinkles of olive oil remedied that. 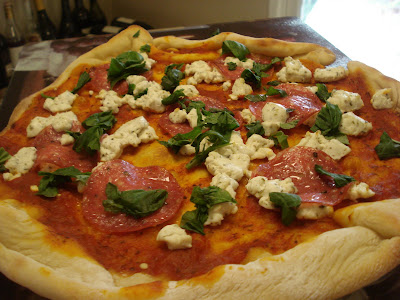 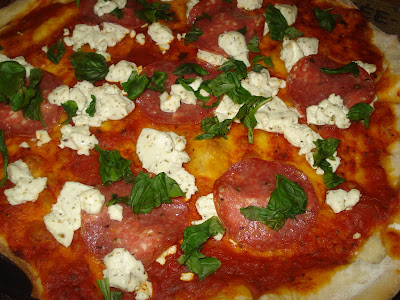 For lunch Sunday I went over to my parents' house. I cooked ribs for them by roasting them in the oven for a couple hours on a rack resting on a pan full of Guinness. The beer steams the ribs as they roast, then I throw them on the grill for about 15 minutes to get some char on them. My parents both loved the ribs. I was not in the mood for ribs so I grilled myself a burger: fresh ground beef with gouda cheese, lettuce, mayo, and A.1. sauce. My mom made a red cabbage salad that was fantastic and I had a couple bowls of that as well.
We watched Bottle Shock as we ate; my parents hadn't seen it yet. They liked it as much as I do. I suggested that we open a bottle of their '70 Lafite-Rothschild to drink with lunch, as it would be appropriate for the movie, but I was given a quick look indicating that was not an option. I drank iced tea instead. 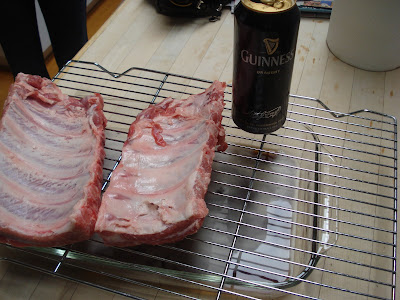 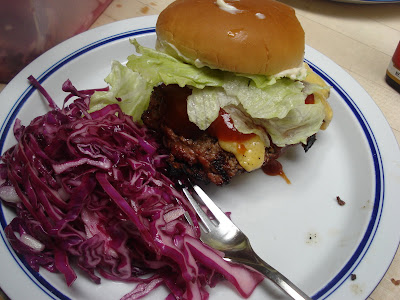 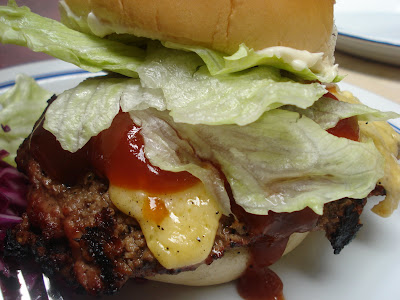 Sunday, the longest day of the year, we decided an evening barbecue would be a good idea. Nothing fancy at all, in keeping with the laid-back, inexpensive theme of the weekend. Our friends Tracie and Anne came over and we grilled hot dogs. We had potato salad, cole slaw, and pretzels. Anne served some fresh blackberries, and we drank MGD 64. It was the perfect ending to the weekend. 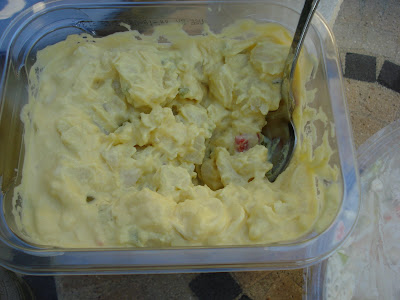 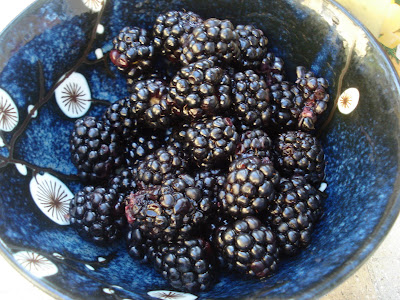 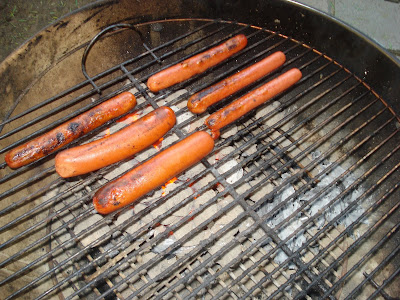 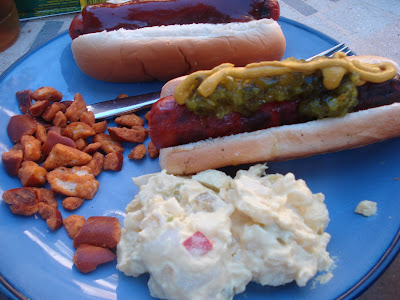 You forgot to mention how great it was when the Dodgers took the final two games of the series!

Yes, bringing their all-time record to a stellar 33-40 against the Angels. I can take solace in that. And also the fact that the Dodgers' best player got suspended for cheating. Hell, not even the Giants can make that claim. That's gotta be embarrassing.