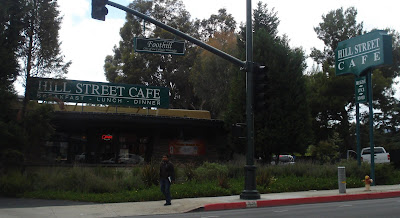 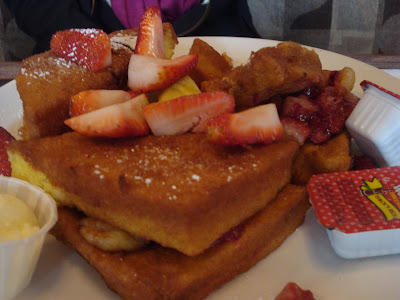 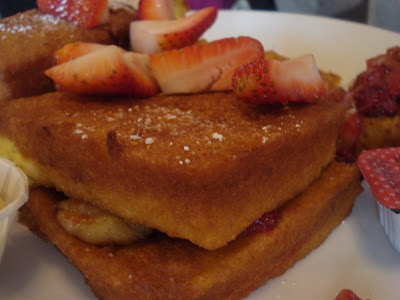 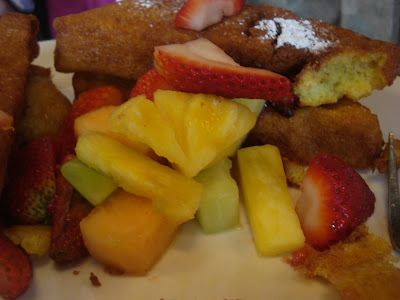 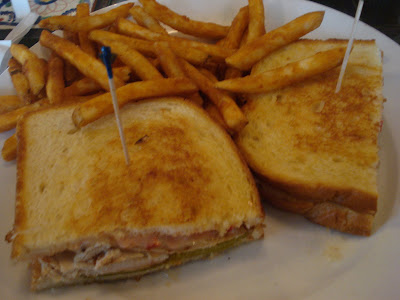 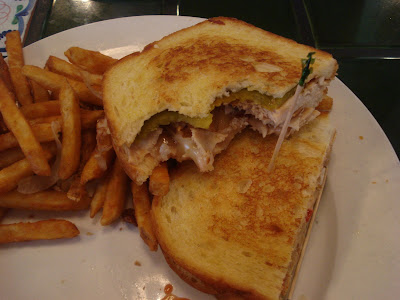 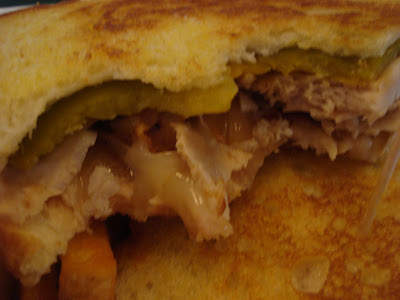 It's always a great feeling when you decide at the last minute to try a new restaurant and you are rewarded. Over the weekend, Elizabeth and I felt like going to a diner, and, failing to come up with any new ideas, we decided to head up to Rocky Cola Cafe in Montrose. The food there is nothing special, but it's more than passable, and their flavored sodas are great.

But when we got there ("but when we got to the scene of the crime") we couldn't get within 6 blocks of Rocky Cola: there was some kind of festival going on, the parking lots were all full of circling cars and people were walking from blocks away. I drove up to Foothill Blvd. and started thinking of other places to go for lunch. I considered heading downtown, or maybe returning to Dish. It occurred to me that in years of passing Hill Street Cafe - their website says they've been open since 1991 - I had never been there. Not in the six years I went to school just down the street or the 13 years since then. We decided that was a good idea.

We walked in around 1 PM, and the place was packed. Not packed with teenagers who are eating there because it's cheap or hipsters eating there because it's cool. Just normal people, like a larger version of Pie ;n Burger. I immediately liked the place. We got seats in the back of the restaurant, underneath two air conditioning vents that, without exaggeration, made our table about 60 degrees. Still, we had on jackets and I had an unobstructed view of a large flatscreen TV with the Dodgers game, so I was happy.

The menu was massive and it took us a few minutes to decide what to have. Elizabeth was vacillating between the "fruit stuffed french toast" and a sandwich. I suggested she get the former, since we can easily get sandwiches anywhere or make them at hom, but fruit stuffed french toast is something much more uncommon. I ordered a turkey sourdough melt off of their specials menu.

Considering how busy the restaurant was, it did not take very long to get the food. And the food was fantastic. I did not try any of the french toast, but Elizabeth loved it and it certainly looked gorgeous. My melt was one of the best I have had in years: turkey, cheese, onions, ortega chilis, and a spicy mayo. The sandwich was perfectly grilled; not one of those melts you sometimes get that are blackenee and dripping butter.

I probably liked Hill Street Cafe more than it deserves since it was a last-minute idea and the food was good. I might be giving it too much credit simply for not being lousy. It's nothing spectacular, but then again it doesn't pretend to be, and there is always something to be said for that. It's just a friendly neighborhood place. I may never go there again, but I certainly liked it a lot.
Posted by JustinM at 11:20 AM