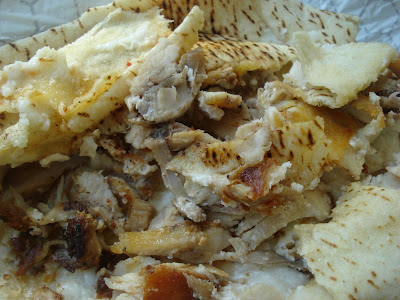 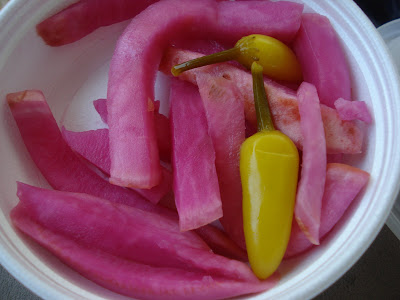 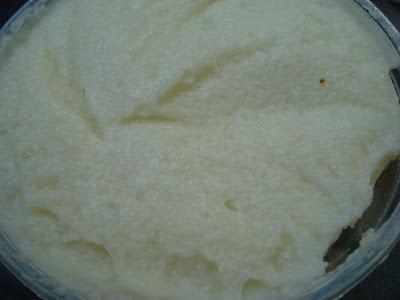 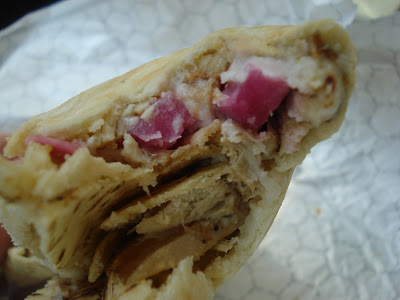 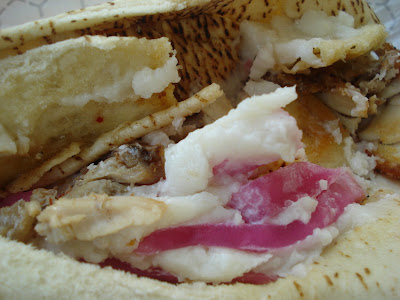 I've written about Zankou twice before: in my first post on this blog, and also over the holidays when my brother ate one of their tarna wraps without sauce, one of the most bizarre things I have ever seen. I no longer eat at Zankou as much as I used to (it used to be a couple times a week, and there was never a time when I did not have extra garlic sauce in my fridge) but I do not love it any less.
-
Over the last few days I have been reading a new book, "West of the West" by Mark Arax. With the exception of Jonathan Gold (and perhaps Jim Harrison's poetry), there is no writer alive today whose words I devour with more enjoyment than I do Arax's. This book is a collection of previously-published essays about various people in California, lesser-known people whose stories make up a part of California not generally reported by the mainstream media. One of the stories, in fact the only one I had read before, is an absolutely stunning account of the murder-suicide of the creator of Zankou Chicken. It is simply one of the greatest pieces of journalism I have ever read. (The article can still be found here on the Los Angeles Magazine website.)
-
Reading the article again, I developed an intense craving for my usual order: a chicken tarna wrap, no tomatoes. At $4.99 this is one of the best deals anywhere. (They also have shawerma wraps, but I've always preferred the chicken tarna.) The wrap is good enough to eat without adding anything, but of course I always add some of the pickled turnips and a very generous amount of garlic sauce. (Once I bought Zankou for lunch for myself and a friend who had never had it before. He saw me liberally adding the garlic sauce to my wrap, and, despite my warning to him not to add very much, he added almost as much as I did. He took one bite and made a face like he'd just bitten into a sour lemon. "How can you eat it like this?" he whined. I admit, I love garlic.)
-
As usual I bought an 8oz container of garlic sauce and I will be adding it to the burgers and hot dogs I eat for the next few days.
-
My wrap was every bit as good as it has always been. Back when I was younger I used to routinely eat two of them, but these days one is enough. I know people have reported that the chain and particularly the garlic paste has gone downhill in quality in recent years, but I have yet to experience that, even once. (I admit I almost always go to the Pasadena location; many of the complaints are that the sauce is pre-packaged and different at the other locations. Perhaps that has something to do with it.)
-
For dinner I cooked some fried chicken breast pieces from Fresh & Easy, and spread some garlic sauce on a hamburger bun, along with some butter lettuce. It was awesome. 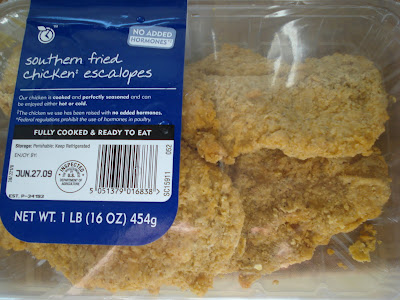 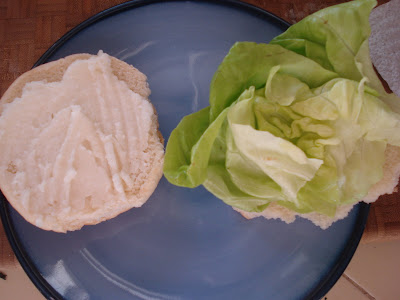 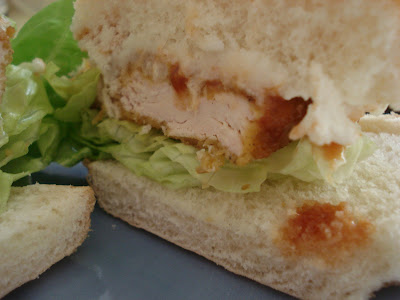 is the fresh n' easy on Lake open now?

No. I drove by the other day to check. The website claims July 15th. It's strange, since it has looked ready to open for some time now, but then again the same thing happened in Alhambra, when the store just sat there looking ready to go for several weeks.

The parking there is going to be absolutely mad.

I see, thanks for the update. Your blog is great!

Yes, the parking in that lot is often infuriating!

Thanks for the compliment. Just for that, I will go to F&E the day it opens and give you a full report!