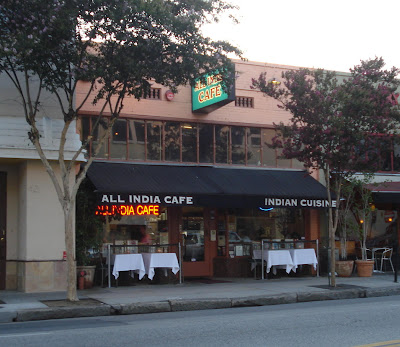 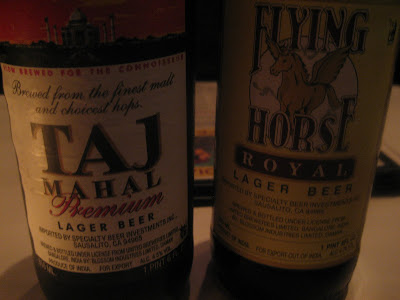 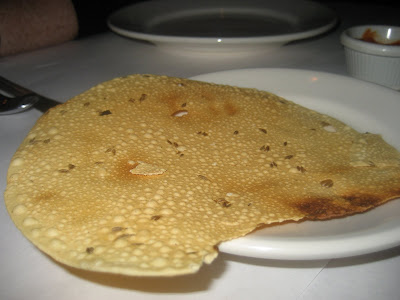 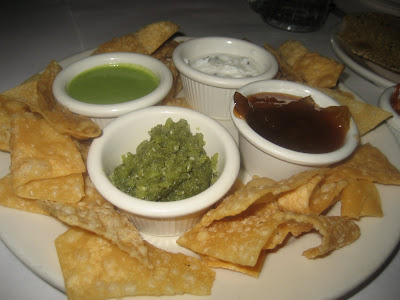 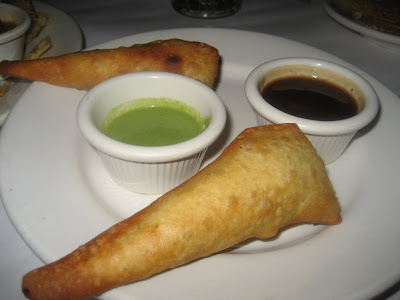 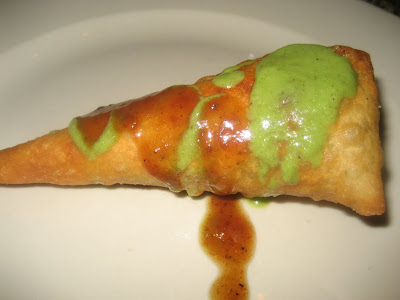 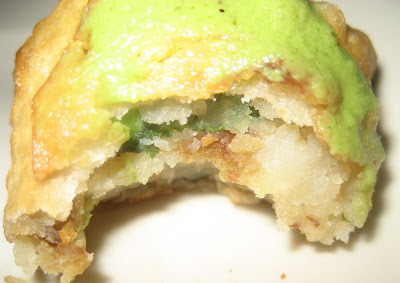 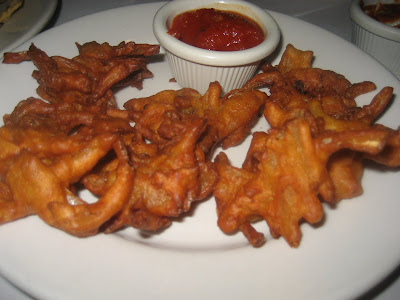 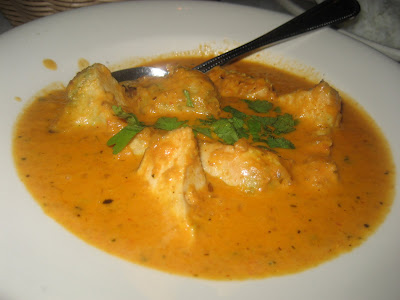 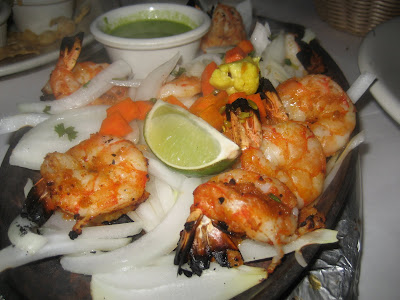 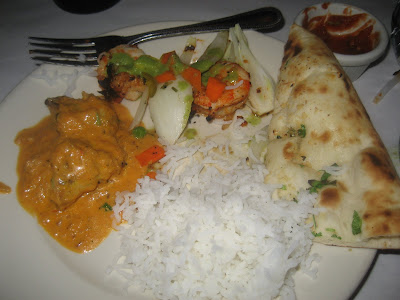 My mom has never had a McDonald's hamburger. I find this bizarre for someone who has lived her whole life in Southern California, but I can't really tell her that she's missing anything. My high school best friend lived with a girl for several years who has never once had a drink of alcohol. I also found this somewhat bizarre, but then again she was a world class runner (literally) who was in the best shape of perhaps anyone I have ever met, so I wasn't exactly in a position to criticize.
But Elizabeth revealed to me not long ago that she had never once eaten Indian food. This really surprised me. She is not a boring eater, and she lived in New York City for several years, where she often ate ethnic cuisine. Not only that, but for a few years she lived in Brooklyn Heights in a building with an Indian restaurant on the ground floor. But not once had she ever tried it.
Indian food is one of my favorite cuisines when the weather gets colder. It makes me a little sad when November arrives and the days are so short, UCLA football is limping towards another lousy season, and there is absolutely nothing to watch on television because any halfway-decent show inevitably gets cancelled in favor of a new reality TV concept. But at least it's time to eat Indian food again.
The other night, one of the few cool nights we have had lately, Elizabeth and I decided to go to dinner with our friend Carla. We considered Mezbaan - over the years I have had some of the most fun meals of my life there - but in the end we decided to go to All India Cafe. All India is slightly less formal, with more of a party atmosphere. We took our seats under the large TV showing a Bollywood film, the actors singing songs which I could not understand but nonetheless hummed for a couple hours.
We started with two large Indian beers - Flying Horse and Taj Mahal. These are nothing special but they get the job done. (Beer has been improving in India for the last decade and they make some really good beers now, but these aren't an example of that.) We decided to get three different appetizers and two entrees, with some garlic naan and basmati rice.
Our first appetizer was the mixed chutneys: mango, cilantro and coconut chutneys served with wheat chips. I'm not a huge fan of coconut so the fact that I didn't really like that chutney shouldn't mean anything. The other two were fantastic. We got one samosa for each of us - stuffed with potatoes, peas and spices with a tamarind chutney. They were good but a little overcooked. (Mezbaan has always made much better samosas, in my opinion.)
We also had an order of onion pakoras: spiced and fried onion pieces, served with a tomato chutney. These are one of my favorite things to eat at an Indian restaurant and ten times better than any onion rings I have ever had.
For our entrees we had Chicken Tikka Masala and Tandoori Shrimp. The chicken was delicious although I thought the cream sauce should have been spicier. Of course, I ate all I could and used the garlic naan to sop up the sauce that remained on my plate. The shrimp were fantastic, served on a skillet with onions and carrots. I could eat these shrimp any time. Basmati rice, a sweet-smelling, non-sticky rice, goes very well with this kind of food.
When the bill came it was at least twenty bucks higher than I was expecting. This is not so much a complaint as an observation; I have never had an Indian meal where this did not occur. It's a phenomenon as predictable as losing a sock in the wash or hearing Kings of Leon on the radio these days. But it was well worth it. We had a great time and we liked everything we ate.
"Now I understand why the Indian restaurant in my old building was always packed," Elizabeth said.
Posted by JustinM at 11:44 AM

I think of Indian as warm weather food too. Perhaps it's because I think the spices are warming.

And I can't believe she lived above an Indian restaurant and never ventured in to try! It was right there!

I have always loved Indian food, and All India is the perfect place to enjoy it.

I agree that All India is perfect for occasions like this, but for a large party there is no place in Pasadena - or probably even all of Southern California - that I like better than Mezbaan.

It was definitely a great meal! I was really impressed with the food.

But I don't regret not going into the restaurant downstairs from me, especially on the days when it smelled like they were cooking dirty gym socks.

More than once when I've mentioned Indian food 2 sumone, their response was" "oh, I don't like Indian. Too spicy."

Do you think they literally mean "there are too many spices used in Indian food" or do you think they are saying it's "too hot"? Because there are many Indian dishes that are not hot at all, that are much more creamy.

But then again, who cares? If people don't want to try and seek out non-spicy food at an Indian restaurant, it is, as you pointed out, their loss.

They're saying its too hot as in that salsa you spoke of in the taco review. This is a real problem for me and my Mr when we dine out. He can't take heat in food. You can spice well without including heat. We always ask the server if somethings hot, following it up with "are you sure?" you wouldn't believe how many times he's sent the meal back.