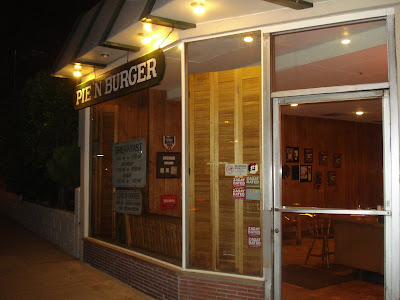 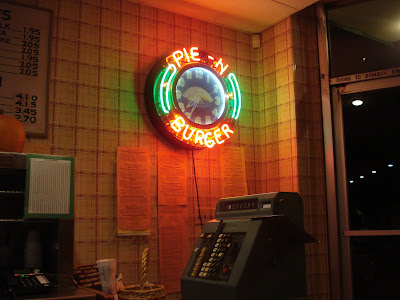 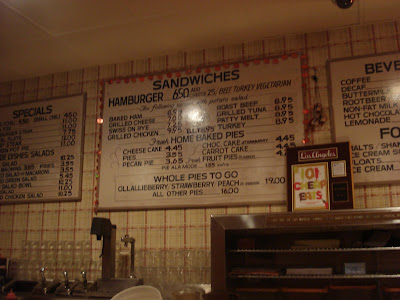 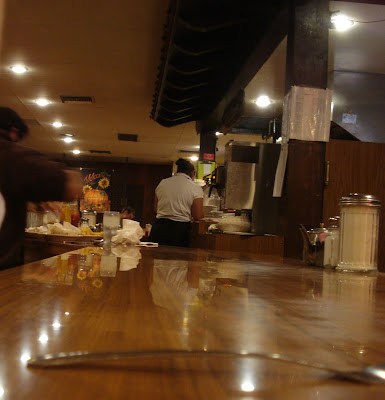 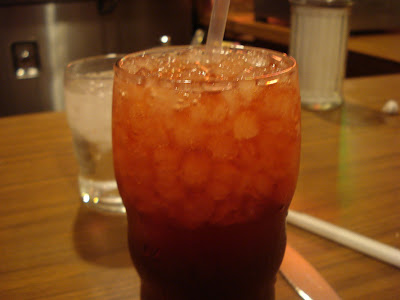 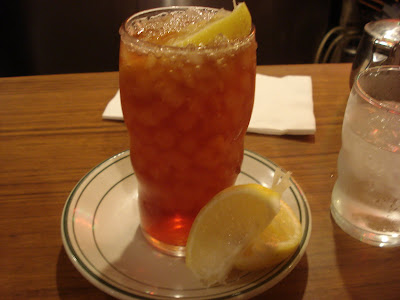 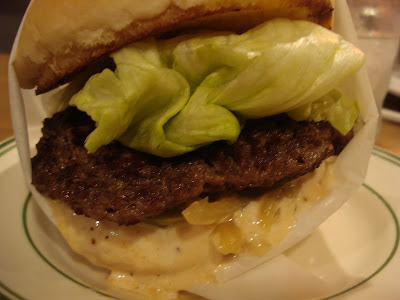 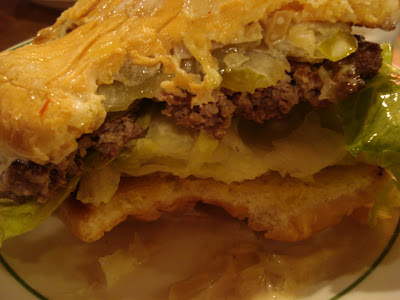 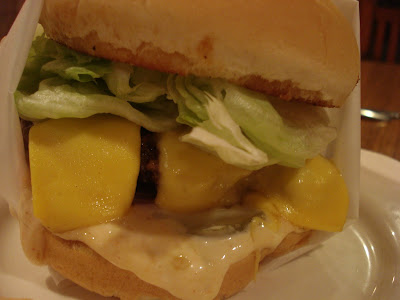 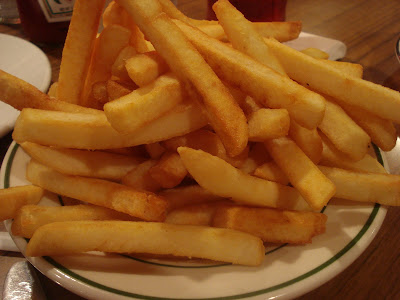 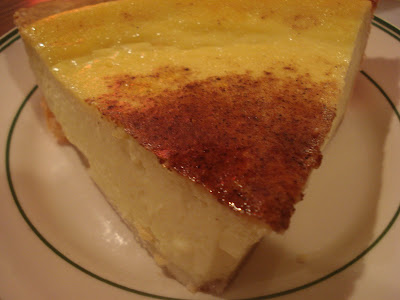 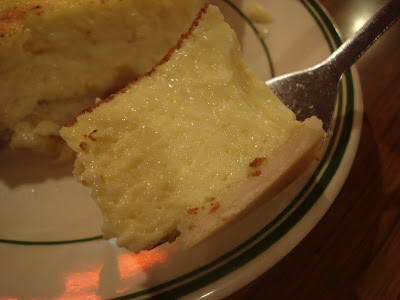 After reading the posts on The Counter and The Habit, a buddy of mine asked me if this was "burger week" on the blog. I laughed and said "Nah." But then I caught myself and thought... well, why not? So instead of eating fried cheese and salad like we'd planned last night, Elizabeth and I went to Pie 'n Burger.
Pie 'n Burger is one of those places about which little description is necessary. The name pretty much tells the story, and if you've never been there, it probably looks a great deal like what you imagine. Like Philippe the Original, Taco Lita, Hutch's and The Crab Cooker, my history with Pie 'n Burger is no doubt a large part of my love for it. The whole is greater than the sum of its parts. They aren't the best burgers in town, like people ranging from the homeless in Central Park to Pulitzer Prize winners have claimed. There are actually three burgers within two miles of Pie 'n Burger that I like more. But there is an attitude to the place that is rapidly disappearing from this town. It has been there for 46 years; it seems like it has been there forever.
I didn't actually eat at Pie 'n Burger until just a few months after my 17th birthday. It was a Saturday morning and one of my friends, Mike, suggested we all go to Pie 'n Burger for breakfast. I said I had never been there. He stared at me with the same look people do these days when I tell them that I hate chocolate. "But..." he stammered, "you're white." (These were the kind of comments Mike made frequently. He was of Asian descent but was born in America, lived in Claremont, and I am pretty sure I knew more Chinese words than he did; he still liked to pretend like he had just arrived from China a few days earlier.)
So we had breakfast there. I had sausage, eggs and hash browns, all drowned in Cholula. It was one of the best breakfasts of my life. These days I don't make it to Pie 'n Burger as frequently as I would like - it's usually crowded and my patience isn't what it used to be - but every once in a while I crave one of their burgers, nice and charred, leaking dressing and topped with crunchy lettuce. Last night was one of those times.
It was as vacant as I have ever seen the place when we walked in, about 7:45 PM. We immediately ordered drinks - an iced tea for me, a cherry Coke for Elizabeth. (She loves a flavored coke and they do a good one.) I ordered a hamburger with grilled onions, she ordered a cheeseburger with raw onions, and we got an order of fries to share. (Their fries are pretty big orders, and nothing special, so sharing an order is what we always do to allow more room for pie.)
The food arrived in less than five minutes. I hastily snapped a picture of my burger and then unwrapped it and took a bite. It had been months since I'd had one of these, but the taste was instantly familiar, as was the dressing squirting out onto the plate. Like I wrote, it's not my favorite burger in town, but I still really like it.
Elizabeth loved hers, too, although when she was done with it she reported "I don't know if I have room for pie." This was surprising, as she has called their cherry pie "the best I have ever had." So I ordered myself a slice of custard pie, which I've never tried before. It was good, but not great. Not even close to the cherry pie.
There is pretty much no restaurant in Pasadena that people like to complain about more than Pie 'n Burger. It's too expensive. The burgers are too small. They only take cash. The servers aren't friendly. But that makes me like the place even more. I will never love it like I do Hutch's or Rick's, but I will always be happy to stop by for a burger and slice of pie.
Posted by JustinM at 11:30 AM

The burgers are too small? I am flabbergasted. I cannot imagine the size of the person that would say that.

The burgers are really good, and I would say very good sized as well. But the pie...to die for. Definitely save room.

I LOVE PIE-N-BURGER! I can't believe I've lived in the area for over 6 years and only recently discoved it.

Now, if I could only get Jim to let me go every day...

Overrated. Once was more than enuf 4 us. But, I understand my tastes are in the minority.

I've never been. Stopped once but to crowded.