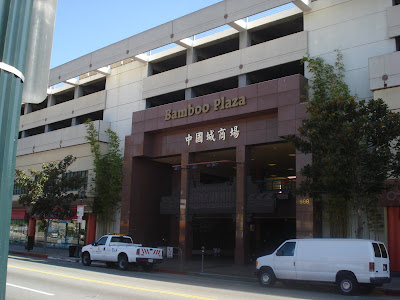 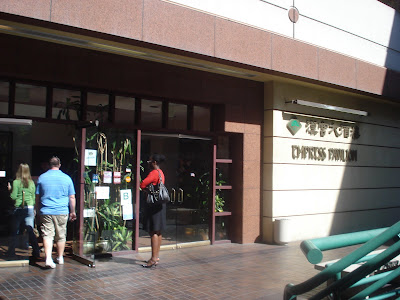 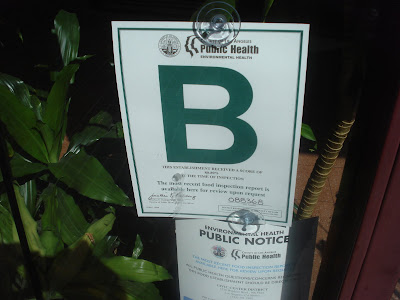 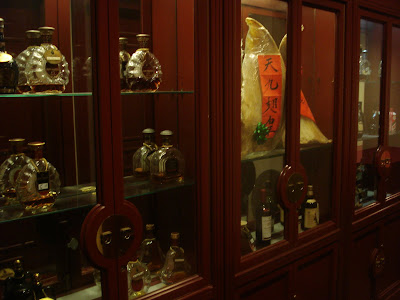 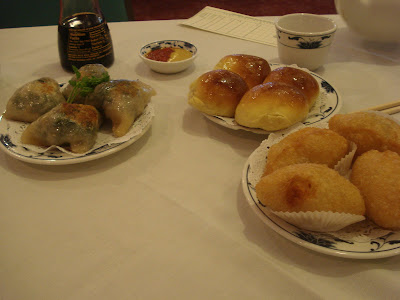 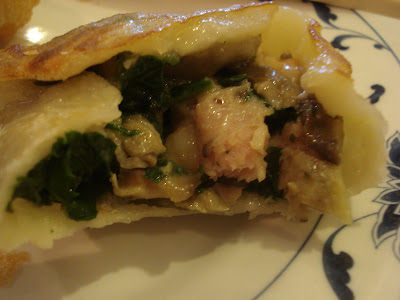 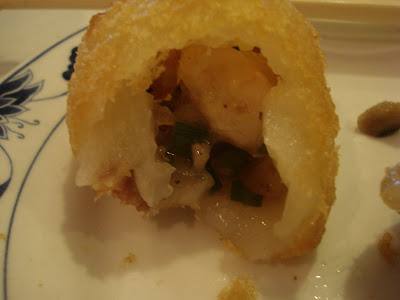 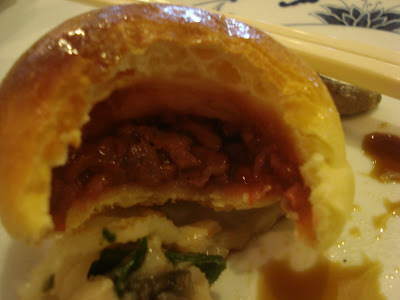 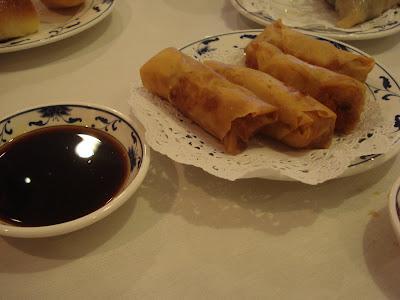 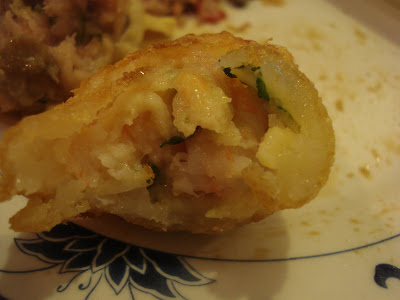 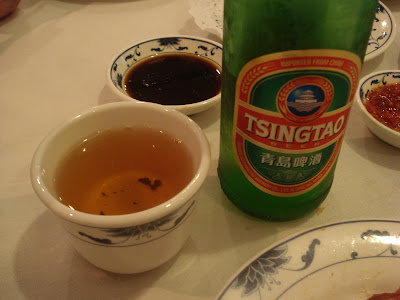 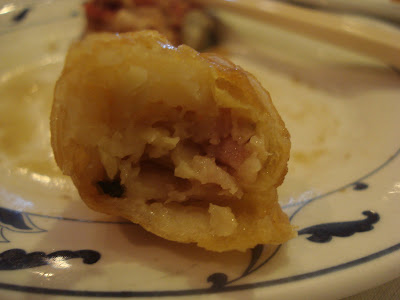 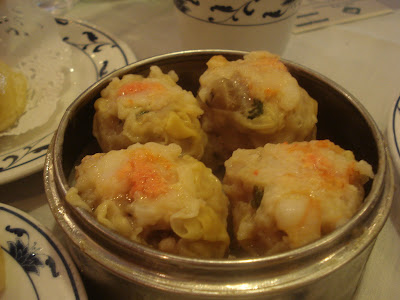 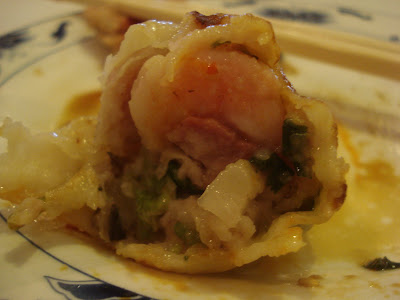 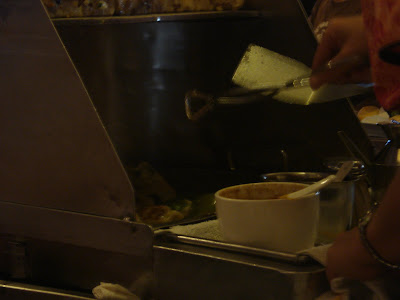 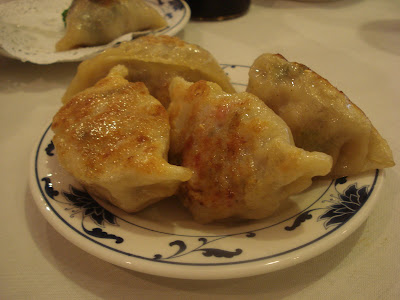 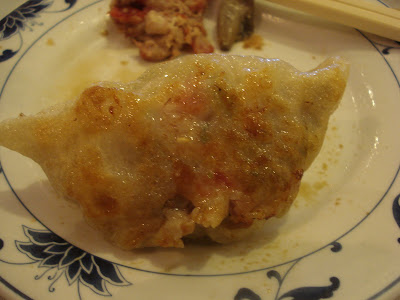 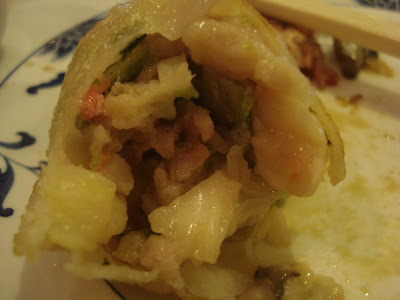 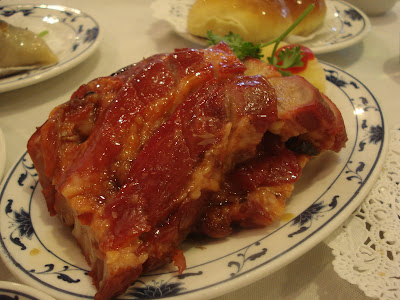 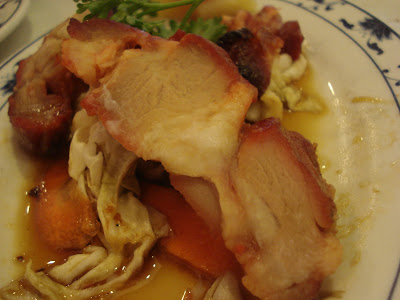 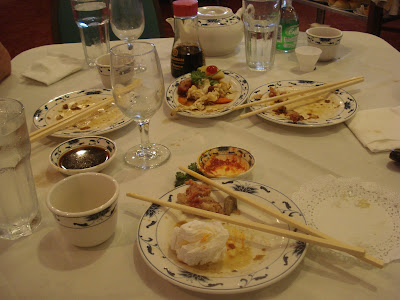 Once every few months, some friends and I ride the Gold Line down to Chinatown for dim sum at Empress Pavilion. Usually it has to be on the weekends, where we inevitably wait at least an hour with what seems like half of Los Angeles, elbowing our way to the bar for beers to make the wait more tolerable, and trying to figure out what the sign means in the window of the shop in the corner of the plaza that reads "Penis Shrink Inside." But every once in a while, when the timing works out, we are able to go on a weekday. It's still crowded, but nowhere near as much as the weekends.

Recently a couple friends and I were able to make the trip on a gorgeous weekday. For years we'd joked about the fact that the restaurant had a "B" in the window from the health department, but a few months earlier I had gone for dim sum and seen an "A" in the window, which I excitedly reported back to my friends. Now, however, the "B" had returned - or was still there and I simply made up the story about the "A," as my friends claimed
As soon as we sat down, as always happens at Empress, we were besieged by carts. We hadn't even ordered our Tsingtaos yet, and we had plates of pork buns, chicken and spinach dumplings, and fried shrimp and vegetable  dumplings. I have never been a huge fan of the pork buns here, they always seem a little too sweet. Still, of course, I eat at least one or two. I am a big fan of any of the dumplings with spinach in them, and these chicken ones were great. The fried shrimp dumplings are a tad on the bland side as is, but with a drop or two of hot mustard they are tasty.
We learned long ago to order a plate of spring rolls from the waiter who takes our drink order. Every once in a while you get a plate of spring rolls just seconds out of the fryer: the oil is so hot it almost burns your fingers and the crack of the first bite seems so loud you swear it must be audible on the other side of the dining room, even when crowded with hundreds of people. But sometimes they are spring rolls that taste as if they have been sitting out since the previous night's dinner. Unfortunately, this time they were the latter. Oh well. Win some, lose some. ("Win some, dim sum," my friend said, a truly cringe-inducing joke until I realized he is English and they have a different sense of humor. I mean humour.)
Next we had a couple plates of shrimp and pork shaomai. I never seem to remember that the contents of these can be hotter than molten rock. Inevitably I burn my mouth on the first one. And then I wait just a little too long to eat the next one and it's not as hot as I want. But at least they're always tasty.
I was pretty full by this point but the cart came around with the potstickers. I will never, ever pass these up. Have you ever seen Joey Chestnut after he's eaten more than 60 hot dogs in ten minutes and he looks like the slightest movement might make him puke? I could be that full and I still wouldn't pass up these potstickers, stuffed with chicken and vegetables and served with a sauce that I can never quite figure out.
My friends also got an order of barbecue pork. Everyone with whom I have ever gone to Empress seems to love it, but I have always found their pork too fatty and devoid of flavor. Every once in a while I will try a piece and think it's great, but the next one will again be sub-par.
We shared 13 plates of food and had two beers each and the total for each person was less than I have paid for a burger at lots of places in Pasadena. (And it's an even better bargain when you consider that I don't need to eat dinner whenever I have dim sum for lunch.)
Posted by JustinM at 8:02 AM

I have not ever been to Dim Sum - but I totally want to! Give me a piping hot Spring Roll anyday of the week!

Dave - I remember now, it was indeed January. It was Martin Luther King Day that we went because Elizabeth had the day off and had never been for dim sum and wanted to go. (We took Murph, too, only he didn't realize exactly what dim sum was and went and got McDonald's about half an hour before we picked him up. I couldn't make that up.)

You're welcome to come on any dim sum excursions, however I am considering a BBQ trip utilizing the new gold line extension (AJ's Pit BBQ and Showbiz Ribs) that I think might be more up your alley!

Melissa - next time you fly into Burbank you should give yourself a couple extra hours so you can get dim sum. It's a great experience.

Yeah, probably less than for the overrated burger at PieNBurger.

What time does the Empress open up?

I see my comment about people never missing the chance to take a shot at Pie 'n Burger was way off the mark.

Empress opens at 10 on weekdays and 8:30 or 9 on the weekends, although the earliest I have ever been is about 11.