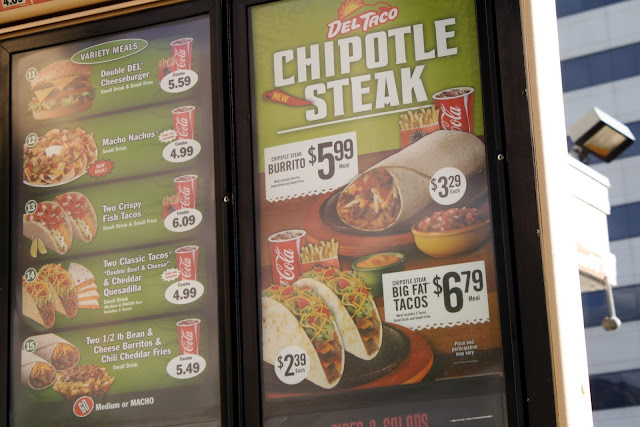 One of my tenets when it comes to fast food - and yes, I have such things - is to not eat anything with steak in it. I have never had fast food steak that I thought was any good. There are plenty of other excellent blogs that will review the newest steak taco from Taco Bell or steak bowl from El Pollo Loco.

Of course, there are two other principles that supersede the whole no-steak thing: any time something is described as having a chipotle or whiskey flavor. It's why I tried the Jack in the Box BBQ Bourbon Steak Sandwich earlier this year, and it's why I decided to try Del Taco's newest offering: the Chipotle Steak Big Fat Taco. 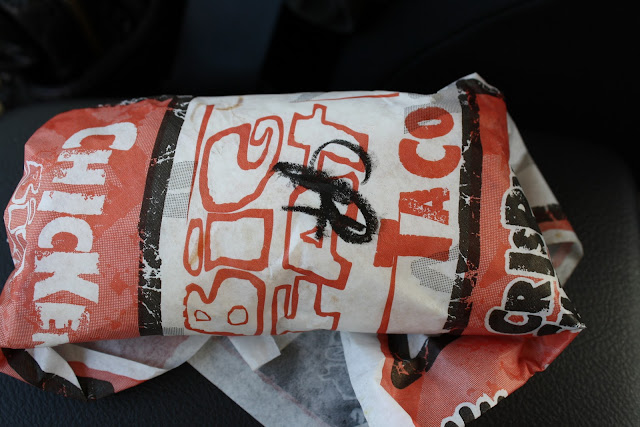 I went to the Del Taco on Lake Ave, which, I've written before, is always an adventure. Sometimes it's a woman screaming at the entrance that The End is near, sometimes it's people standing in the drive-through line smoking weed. You never know what you'll find there on any given day. Often it takes a remarkably long time to make it through the drive-through, however it's usually less of a hassle than going inside.

On this day it didn't take terribly long - maybe a dozen minutes. That's longer than it should with only two cars ahead of me, but considering the location, I'll give them a pass on that. "Would you like any hot sauce?" the guy at the window asked me.

(For some reason this made me very happy. How does a franchised taco joint run out of hot sauce?) 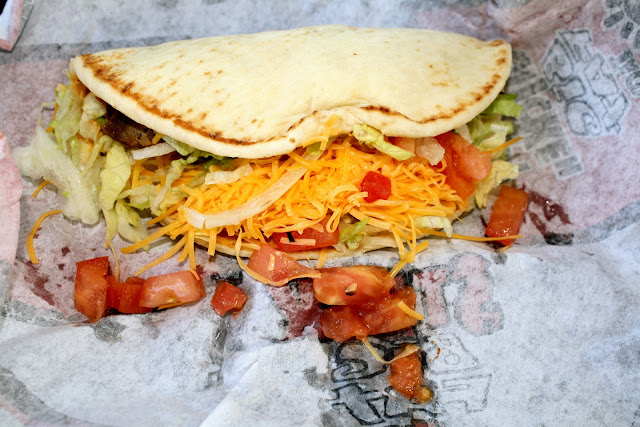 I'd considered ordering the taco without tomatoes, but decided the odds were too good that they would give me the tomatoes yet omit something else, like the steak or sauce. So I made no special requests. I was happy to see, when I unwrapped the taco, that the tomatoes weren't even in the taco. It was like they'd just been thrown into the wrapper as an afterthought. Perhaps this would be annoying if you actually like tomatoes, but it worked out just fine for me. 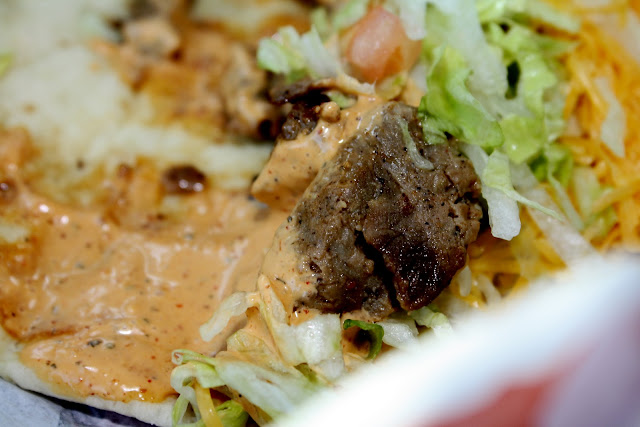 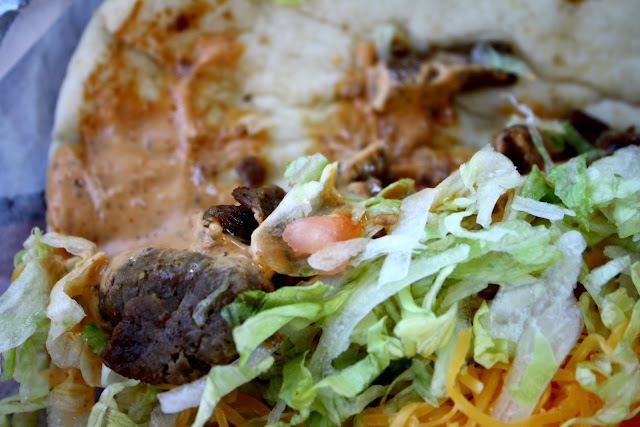 The chipotle sauce is the same sauce Del Taco has used before on other promotional items, which is to say fantastic. I don't know how they do it, but every fast food chain that attempts a chipotle sauce - hell, most restaurants of any kind - would do well to emulate Del Taco.

But the surprising part was the steak. It was not good by any means... but it wasn't bad at all. It was tender and not fatty - which right away puts it ahead of pretty much any fast food steak I have ever tried. I encouraged Elizabeth to take a bite. I could see by the look on her face that she didn't particularly want to.

"You will be surprised by how good it is," I promised. So she took a small bite. 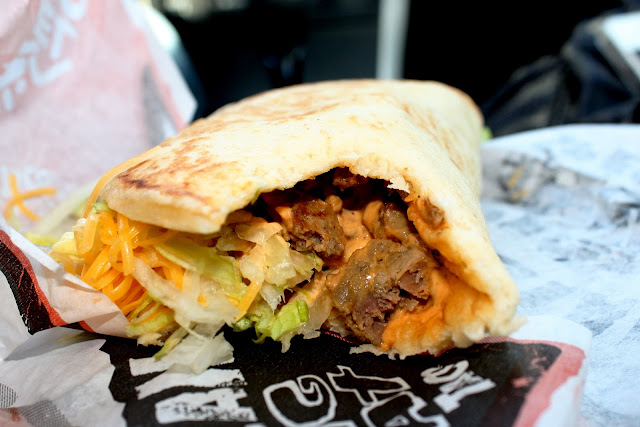 I won't be getting one again - there are only so many meals in life; repeating a fast food promotion is not an option unless I love it - but that doesn't mean that I didn't actually kind of like this taco. It can't compare to Del Taco's excellent Santa Fe Chicken Soft Tacos or their epic Spicy Southwest Shrimp Taco, which remains one of the best fast food items I have ever eaten. But for a steak taco from a fast food joint, it was the best I've ever had.
Posted by JustinM at 10:00 AM

Pretty high marks! Also, yes, I love that they ran .out of hot sauce

Would you like me to write about it soon?

hahaha chipotle or whisky... good to know. well, good work here. i wouldn't trust steak at fast food either.. but you put in your work, time and effort!