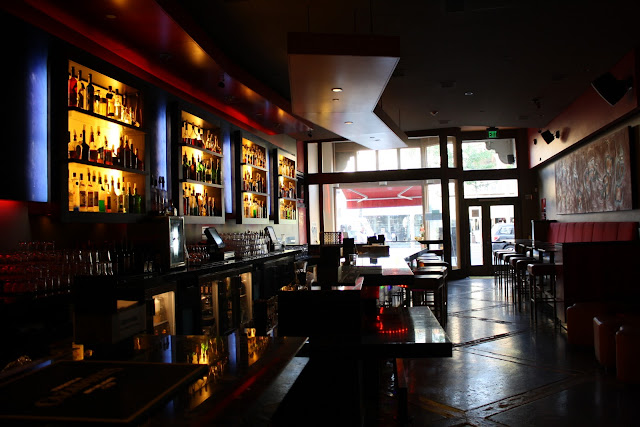 I met up with my friends Murph and Bryce the other day to hang out for a bit. We chose Bar Celona - a restaurant on Colorado Blvd that I have been to dozens of times over the years, though really only twice for meals. They have a pretty decent happy hour and on summer days it's always pleasant to have a glass or two of their sangria. This was a chilly autumn day and the bar was nice (and empty) but we still chose to sit outside. And not at the tables on Colorado, at the tables out in the back of the restaurant, away from all the action. That's how we roll. 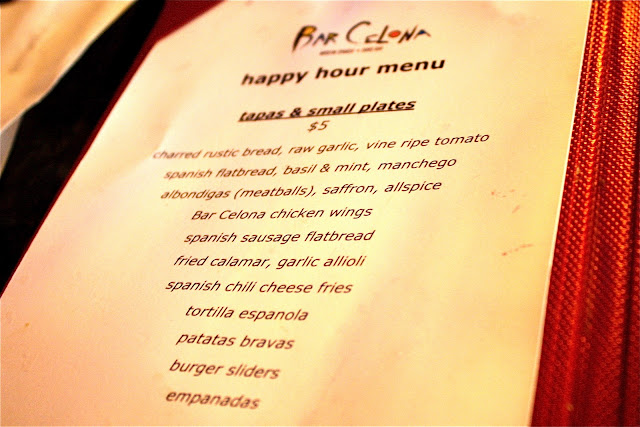 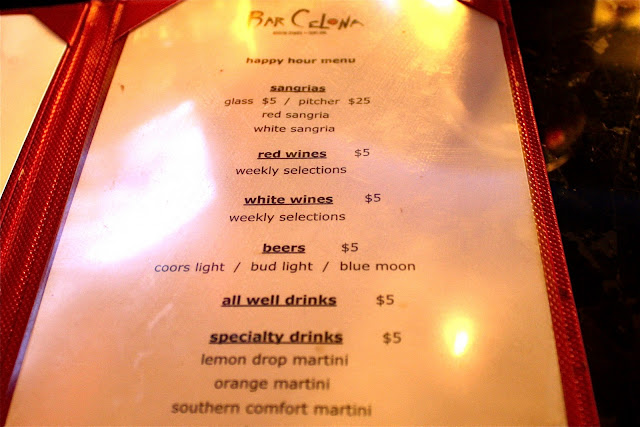 There are almost a dozen snacks on the happy hour menu, all for five bucks each, and quite a few drinks listed for that price, too. 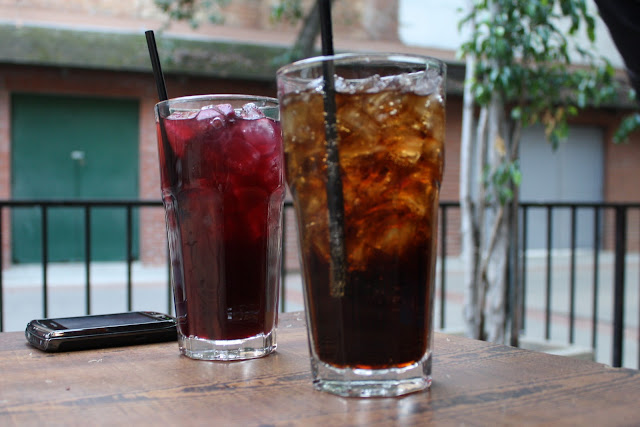 Did Murph get his usual sangria and glass of Coke even though it was a chilly afternoon? You know that he did. 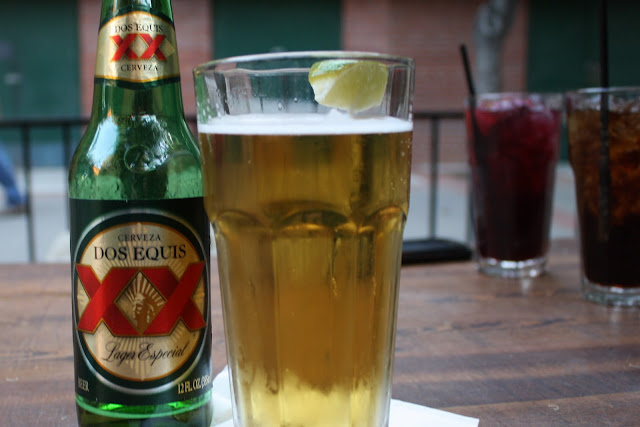 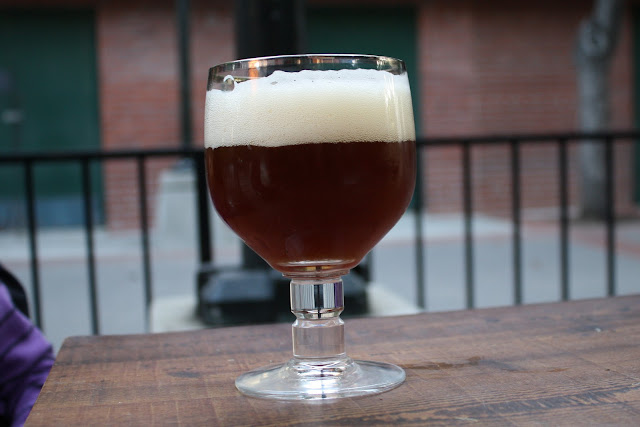 Bryce had a Chimay. 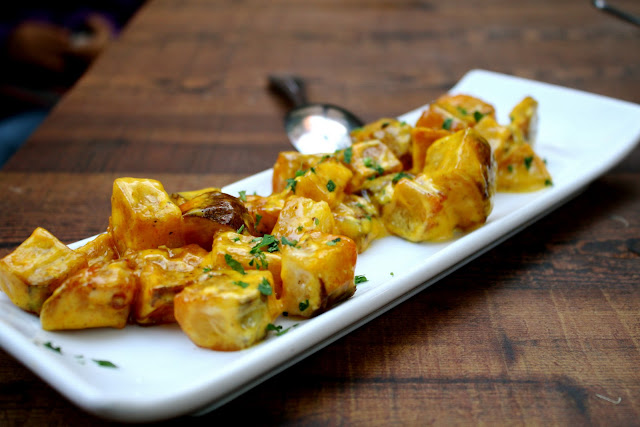 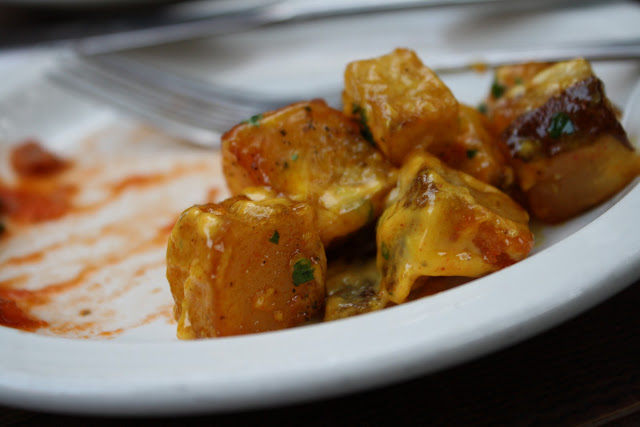 I ordered some patatas bravas - diced, fried potatoes in a paprika aioli. They were tasty, though I can't imagine paying more than the five-dollar happy hour price for these. 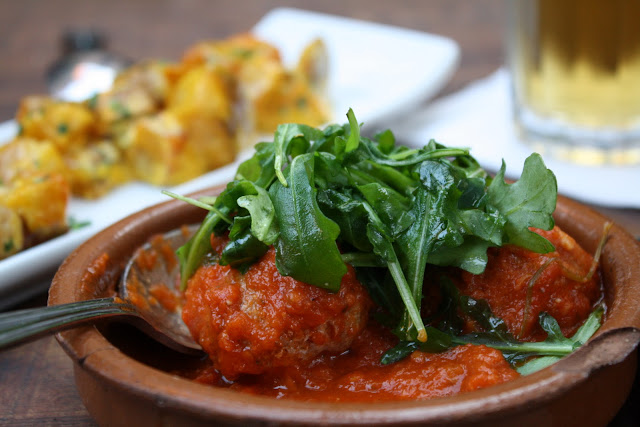 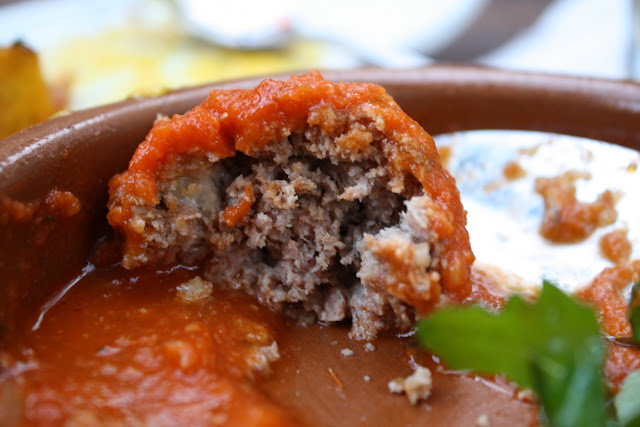 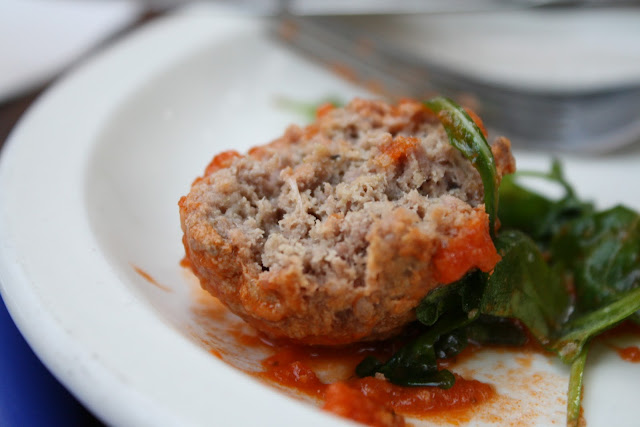 The meatballs were a little better than the potatoes, and I liked the sauce, but they were nothing special. I ate them and was content. 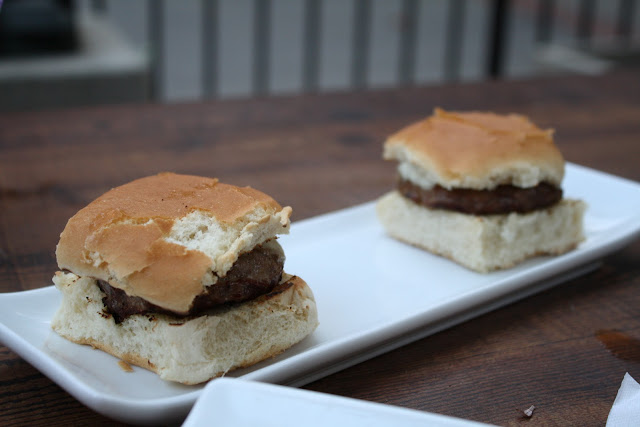 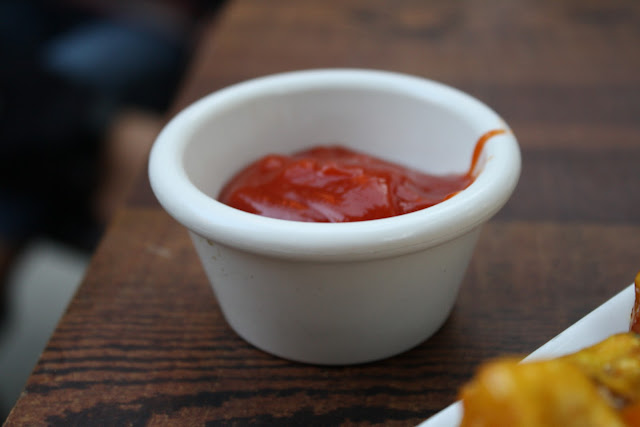 There had been a container of ketchup sitting between them. Murph was talking to a friend who was walking by when the food was served and I quickly removed the ketchup from his plate, knowing there was a 60% chance he would get queasy just seeing the ketchup.

I don't see myself ever going to Bar Celona for dinner, and I probably won't ever have lunch there again, but I know I will continue stopping by for happy hour from time to time. The food isn't great but it's good enough and reasonably priced, and it's usually a relaxing time. In fact, I'll show you some pictures that I took over the summer when Elizabeth and I popped in for happy hour one hot afternoon. We sat inside and I didn't want to use the flash, so some of the pictures didn't turn out well, and I wasn't going to use them, but I will here. 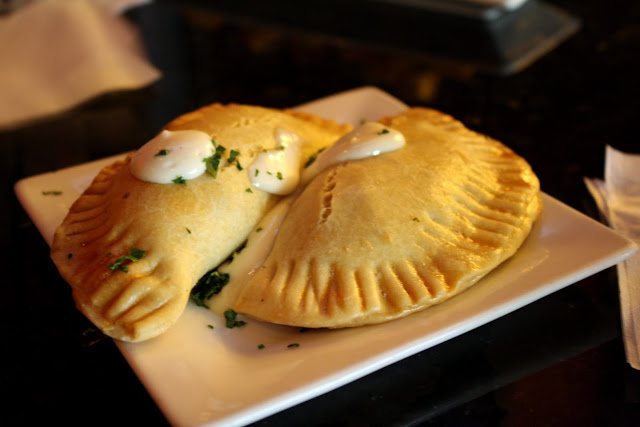 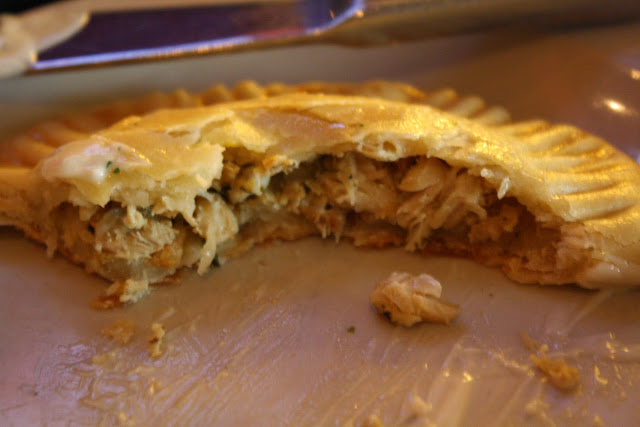 Elizabeth liked the chicken empanadas but I wasn't a big fan. The sauce was delicious but the chicken was dry and the pastry tasted stale. I know Murph gets these frequently, however (and by frequent I mean probably a couple of times per week) so it's possible these were an aberration. 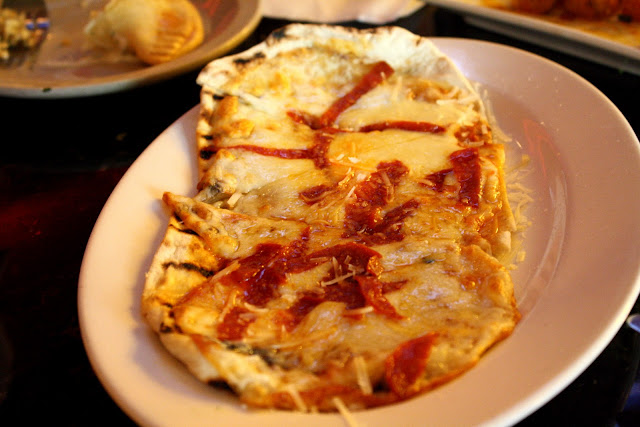 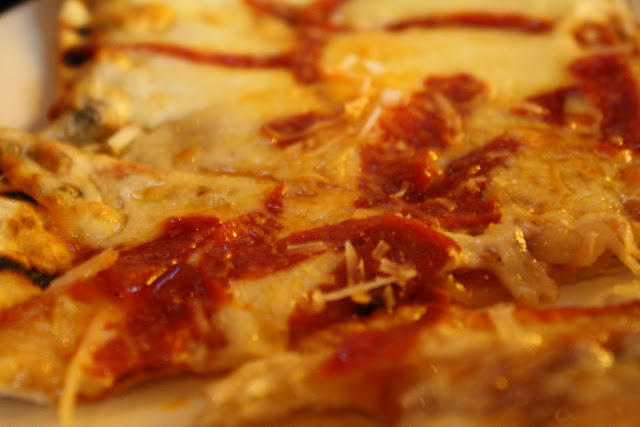 We also had a flatbread with chorizo. This I loved, perhaps my favorite thing I have ever had from Bar Celona. It was crispy, salty and gooey. I don't know why I didn't order this the other day, it would have been perfect on the cool afternoon. Whatever, I'm an idiot.
Posted by JustinM at 11:10 AM

Dude those summer pics look fine to me! My fave is the first meatball pic though. Gorgeous.

I'd go for the flat bread chorizo out of anything else you ordered. Always wondered about bar celona. It doesn't look like anything special.

Anon: Thanks. That's my favorite picture from that day, too. (Actually, my favorite is of Bryce's two-year old daughter, but that won't be going on the blog.)

Banana: It's not. My two meals there were a lunch with my parents and a friend, five years ago this month, and a lunch with Elizabeth shortly after she moved here (it was February and 80 degrees and she'd just moved here from New York so we had to eat outside somewhere). Both meals were completely average. And I've been there late at night when the bar has been packed with people who, let's just say, have different ideas than I do about what is fun. But happy hour is always laid back and pleasant.

I wouldn't mind tilting the potatoes plate to my mouth and letting them all slide in.

Seems like everyplace is expanding, or starting, their happy hour. In this economy that may still not be enuf to fill up the bars.

You are a good friend. Murph reminds me of my son.

This makes it sound like I enjoy dry, stale food. Sweet!