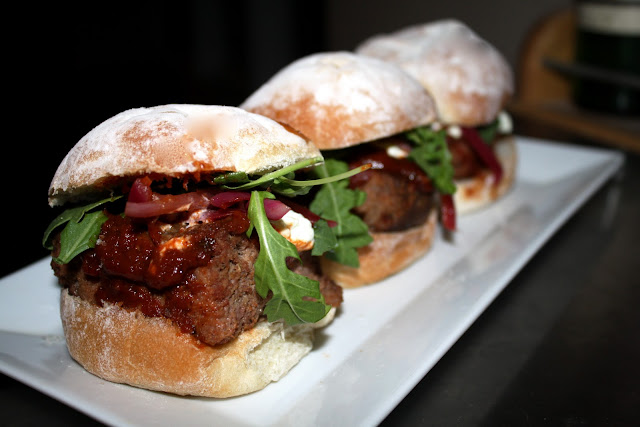 I've been craving meatloaf recently. It's that damn wild boar meatloaf I had the other evening at Green Street Tavern. It's addictive and I miss having it on the lunch menu in sandwich form. But then I realized something: I could always just make my own meatloaf sandwiches. So that's what I set out to do last night. 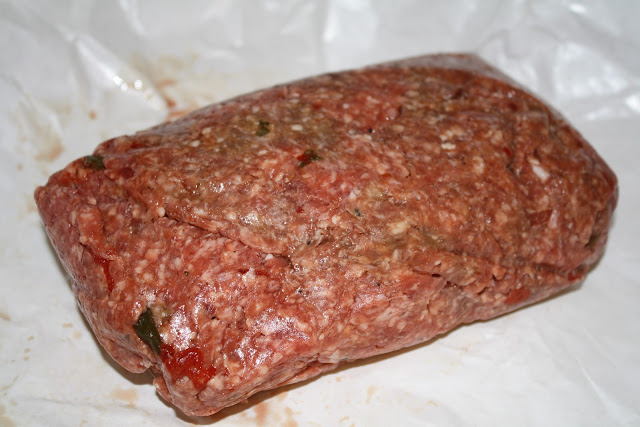 I considered browsing internet recipes and making my own meatloaf until I remembered that Taylor's sells their own version. So I bought a brick of it there.

I asked Eliabeth if she would be okay with meatloaf for dinner. She replied that she doesn't like the kind of meatloaf that is overloaded with ketchup; she prefers a simple, cold meatloaf sandwich. So I spread the loaf into a pan and cooked it in the afternoon and let it sit in the fridge for a few hours. 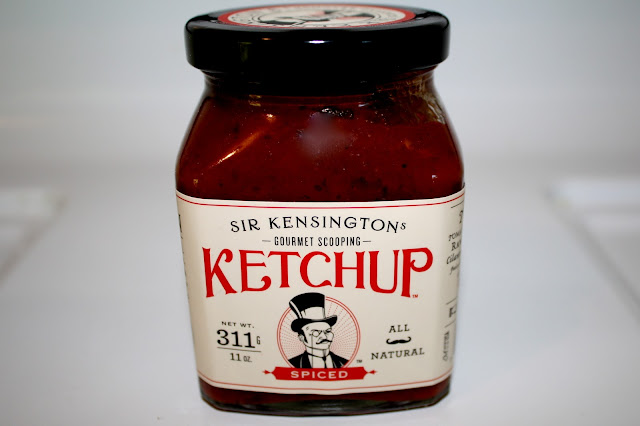 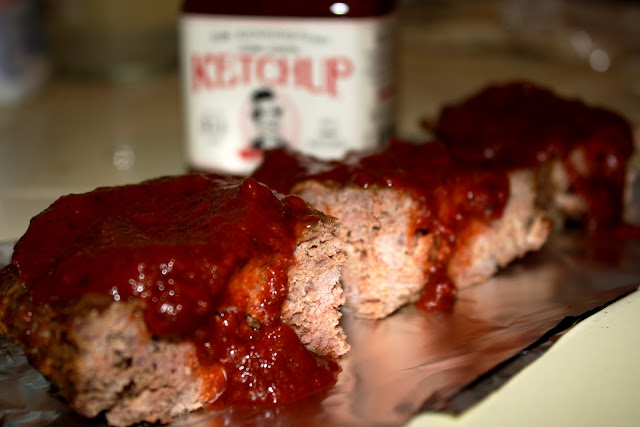 Then when it was time to make my dinner, I cut out three sections of meatloaf, topped them with Sir Kensington's Gourmet Scooping Ketchup, and returned them to the oven for a bit, adding globs of goat cheese for the last two or three minutes. 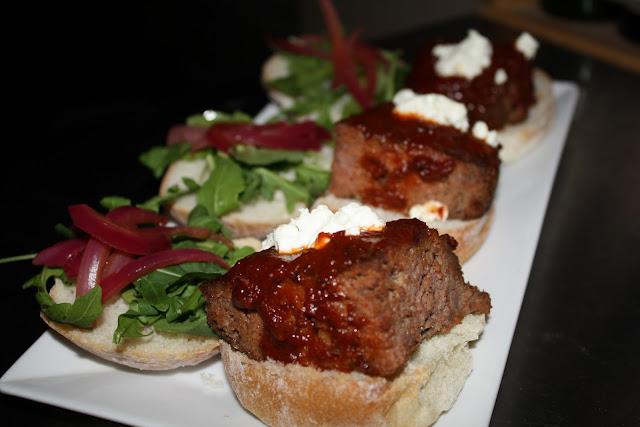 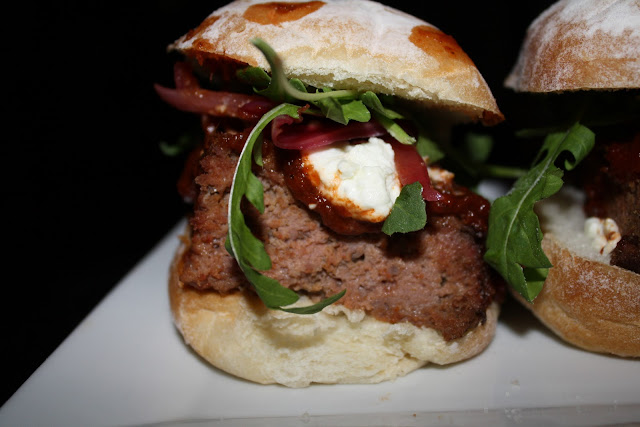 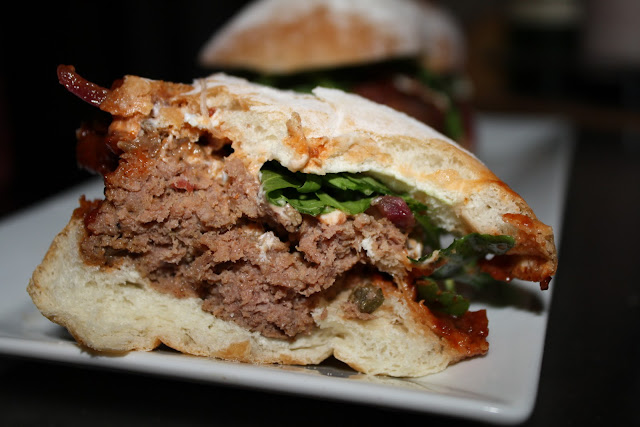 The pastrami/pepper turkey/cole slaw sandwich I made last weekend was the best sandwich I have made all year. This meatloaf sandwich is second. The meat was the same high-quality stuff that I am accustomed to at Taylor's. And the other flavors all played beautifully off of each other: the tart onions, the peppery arugula, the creamy goat cheese, and of course the Sir Kensington's ketchup. (Not surprisingly, it added a depth of flavors to the beef that normal ketchup can't do.)

There is even some meatloaf left, which will undoubtedly be my lunch breakfast today.
Posted by JustinM at 10:00 AM

Wow is all I can say.

There's a future for you and your camera as a food designer at Bon Apetite. Seriously.
Those look SOOOO good!

I agree with Nosh. Nicely done.

Thanks guys. I actually only ate two of the sliders last night - there were Trader Joe's handsome cut fries, too - and so I ate the third one this morning, cold. It was much better. I usually don't eat leftovers cold but this was awesome. That Elizabeth might be on to something with cold meatloaf sandwiches.

Seriously - to have made something so small look so majestic! (insert crude humor here) Brian Leatart, look out!