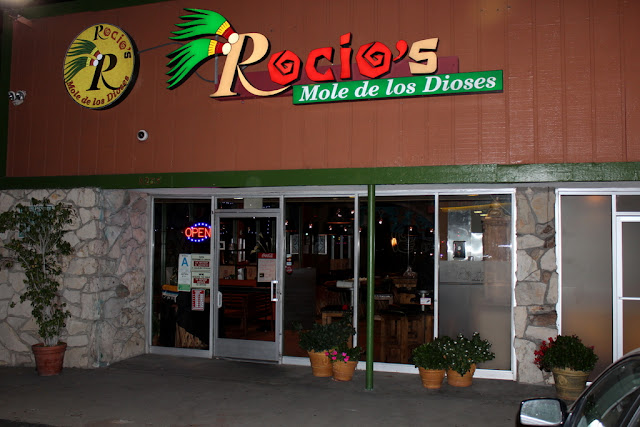 My friend Tim, who knows Mexican restaurants better than anyone I know and can always be trusted to steer me away from what he calls "landfill" Mexican cuisine, announced a week ago that he wanted to take me to a restaurant called Rocio's Mole de los Dioses. I said absolutely. He drove me out to Sun Valley, to a small strip mall that I probably could not locate again on my own. 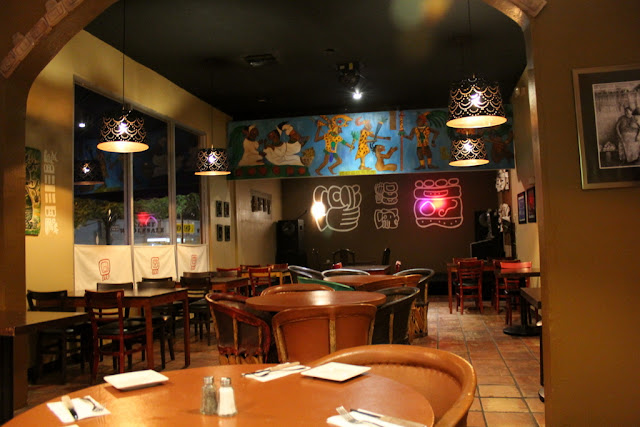 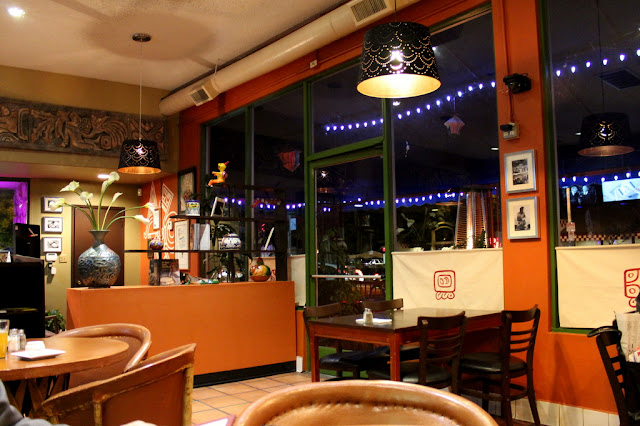 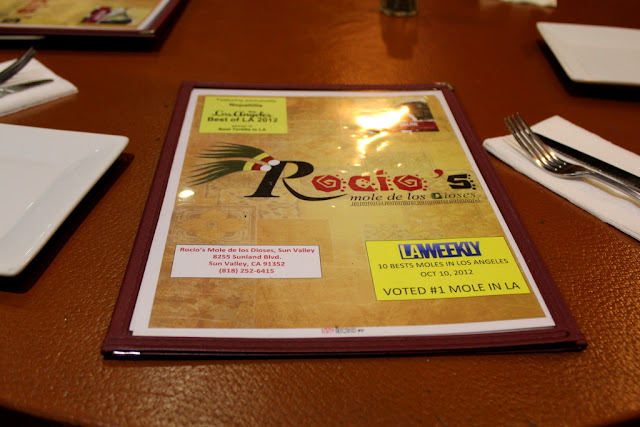 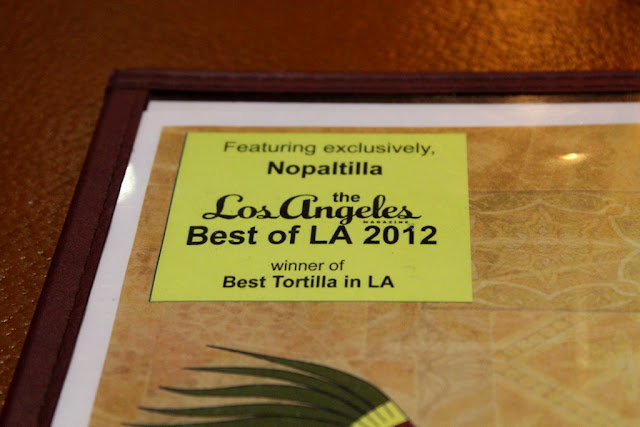 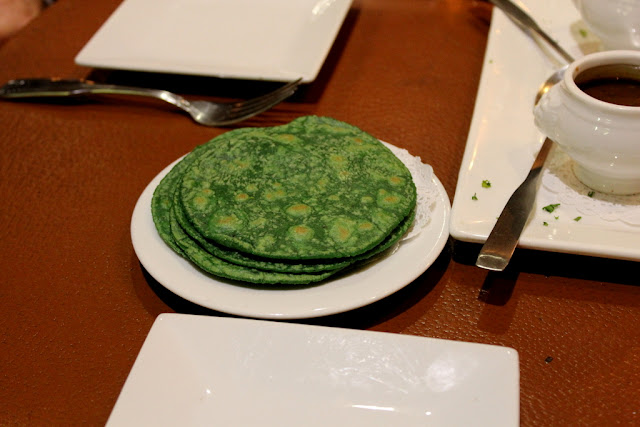 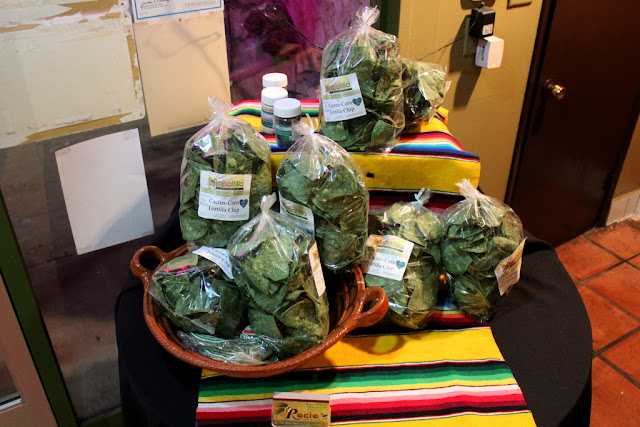 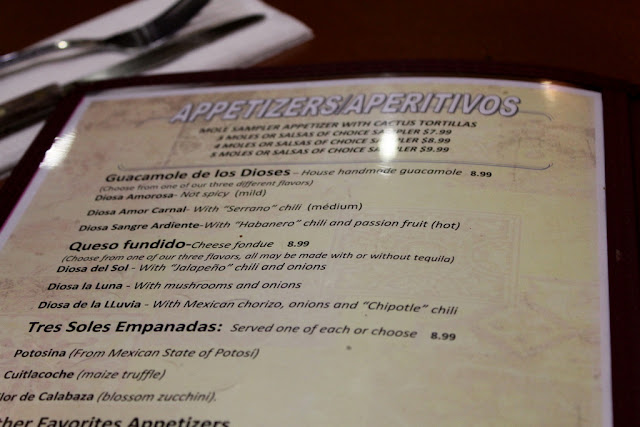 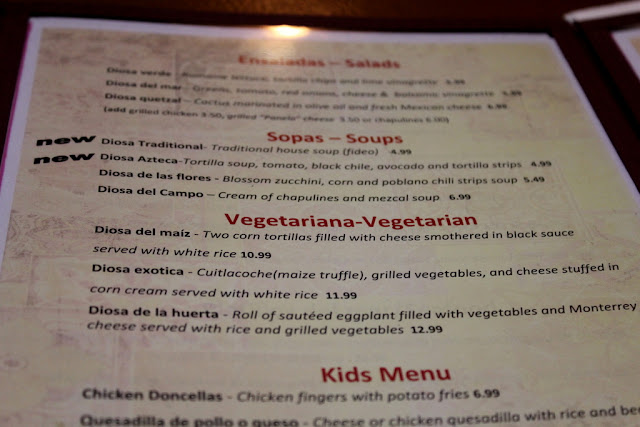 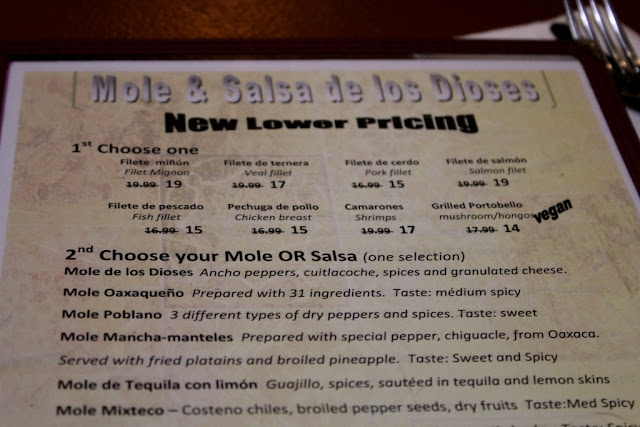 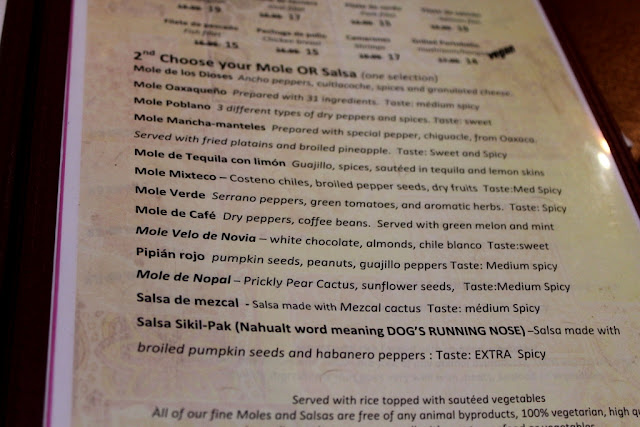 I have never seen a larger selection of moles. We started debating which 5 we should get as part of the "5 mole sampler." 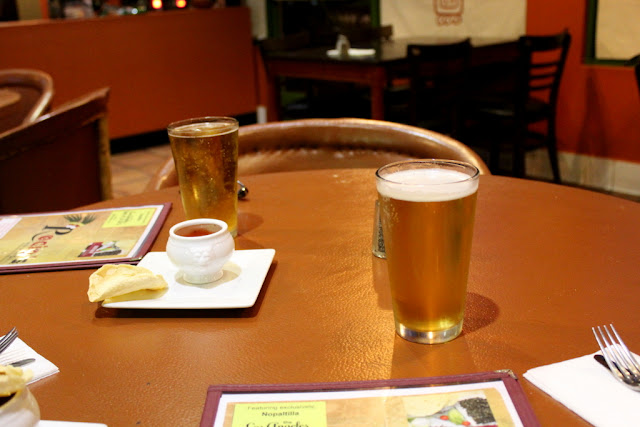 But first we needed beer. Dos Equis for both of us. 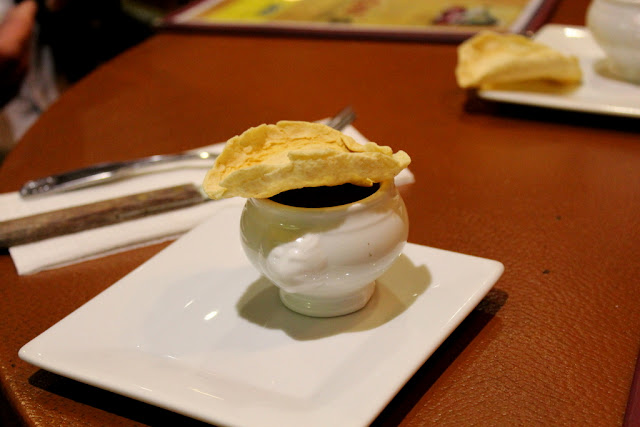 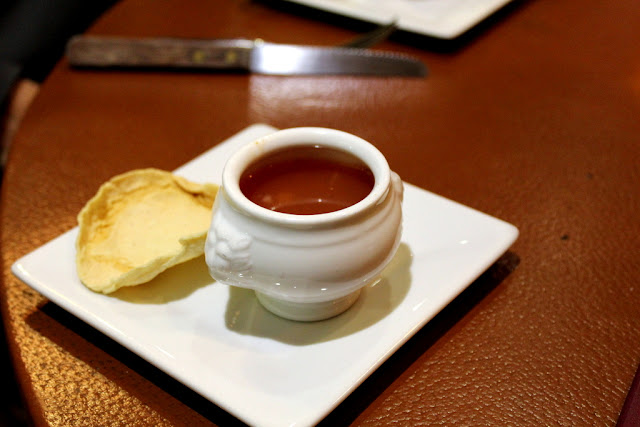 The server gave us each a small container of shrimp broth. I cannot describe how much I loved this. Tangy, slightly spicy, I could have drank a gallon of it.

"I'm having a hard time deciding which 5 moles to get," Tim said to the server. "I want to try all of them." 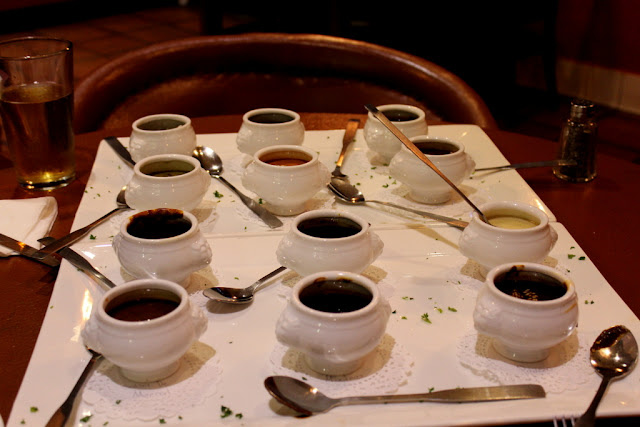 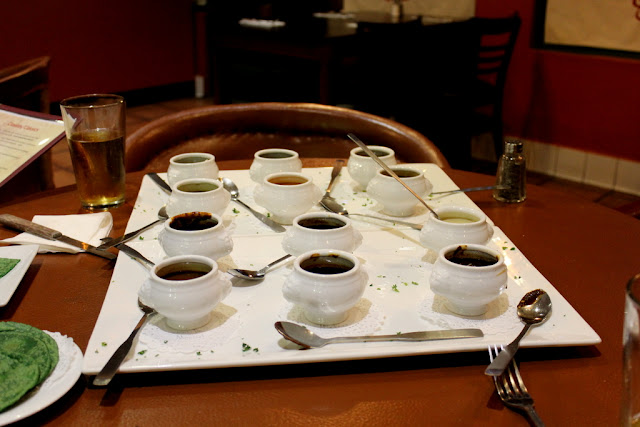 And indeed they could. She brought two plates, each adorned with a half-dozen moles, the name of each scribbled on a doily beneath. A small part of me wants to replace the photo collage at the top of this blog with one of the above photos. 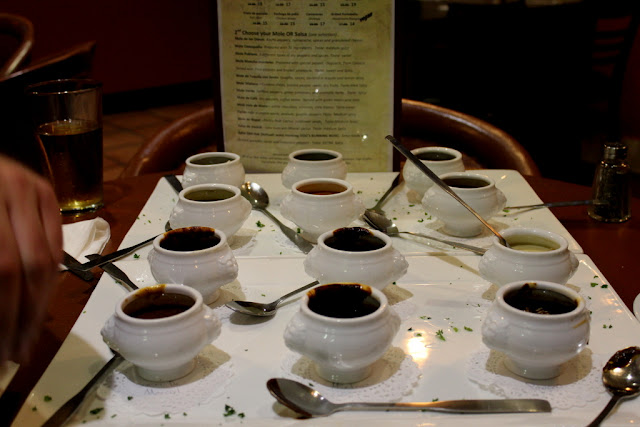 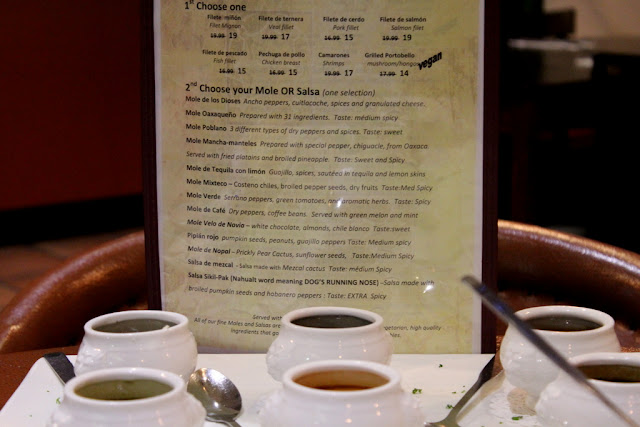 We propped up the menu to enable us to read the description of each. There were two that I did not enjoy, and they are the two common mole flavors that have caused me to avoid mole for most of my life: one (Oaxaqueno) was intensely chocolate, the other (Pipian) even more intensely peanut.

But those were the only two I did not like; the rest were all quite good. Two in particular stood out to me: 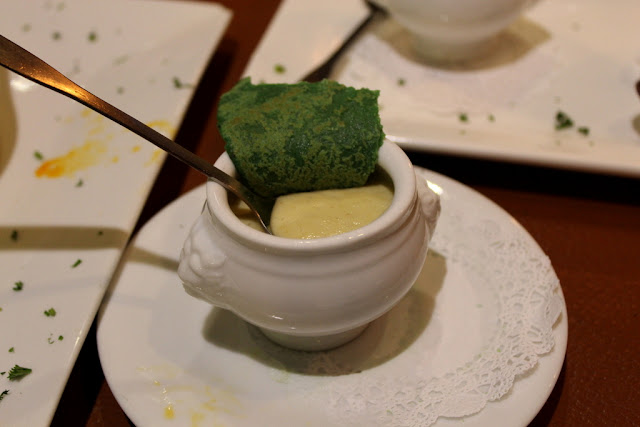 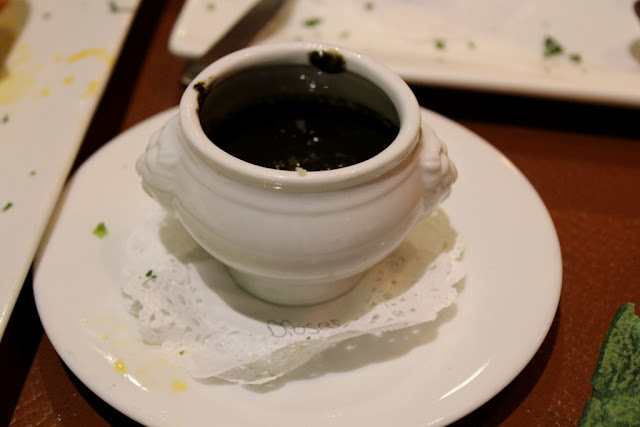 Dioses: ancho peppers, cuitlacoche (the wonderfully-named "corn smut"), spices and granulated cheese. This was my favorite of the bunch. 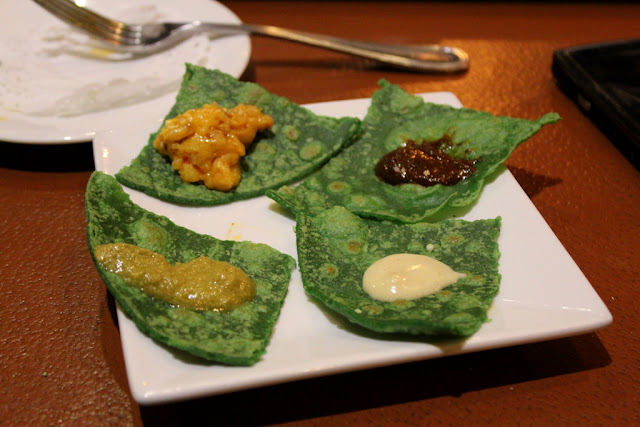 Above are my two favorites, plus the Verde, which I really liked as well. And that stuff on upper-left tortilla? Glad you asked. 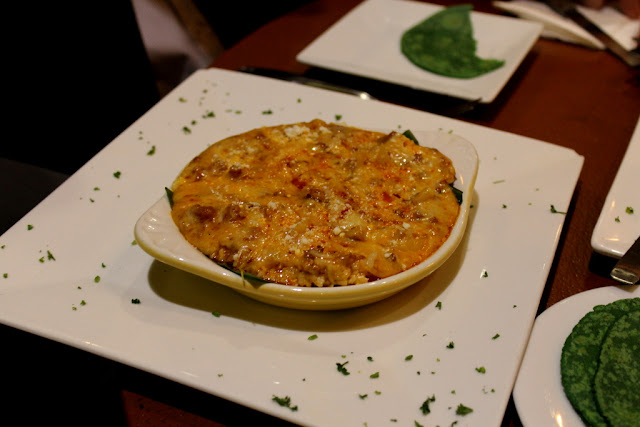 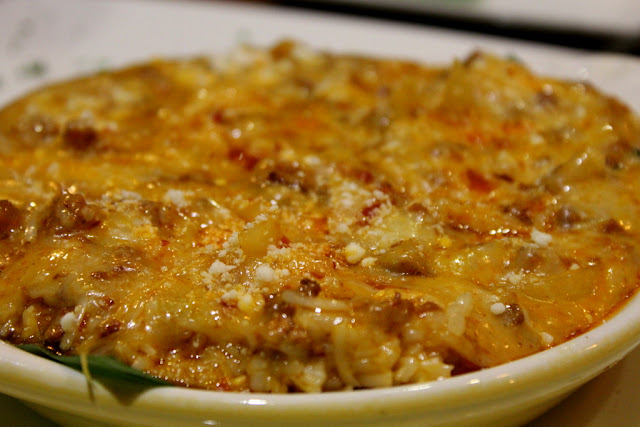 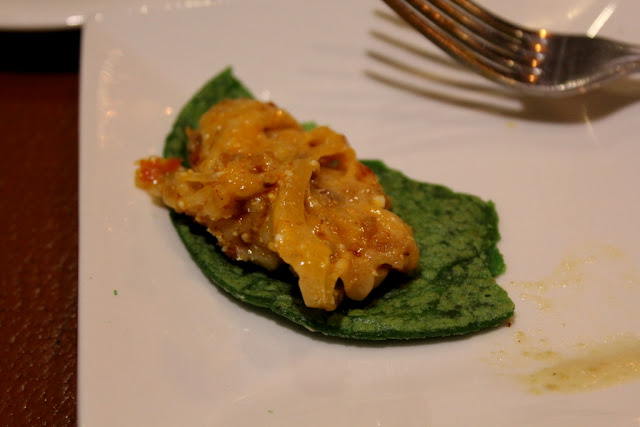 It was the best queso fundido I have ever had, and I've had a lot. Just outstanding. 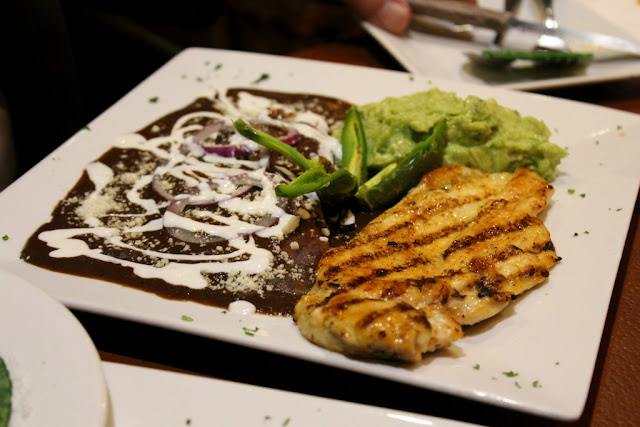 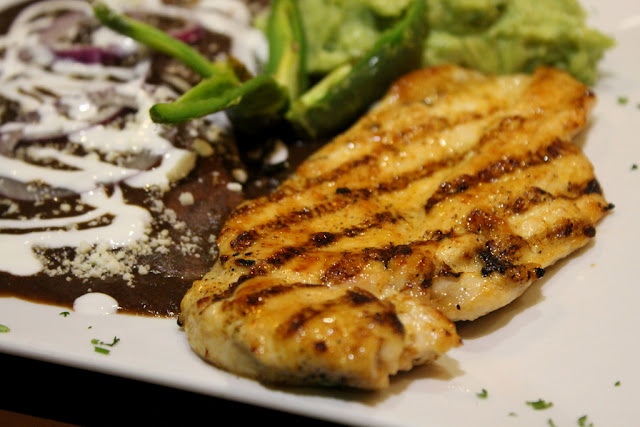 For an entree - I mean, you didn't think 12 moles and a vat of cheese were enough, did you? - Tim ordered the steak and enchilada combination. But they were out of steak, so he opted to get chicken (with mole, of course). He really liked the plate and offered me a taste of both; I said no thanks to the chicken but enjoyed a bite of the enchilada. I liked it very much - not as great as my beloved enchiladas at La Cabanita, but very good. 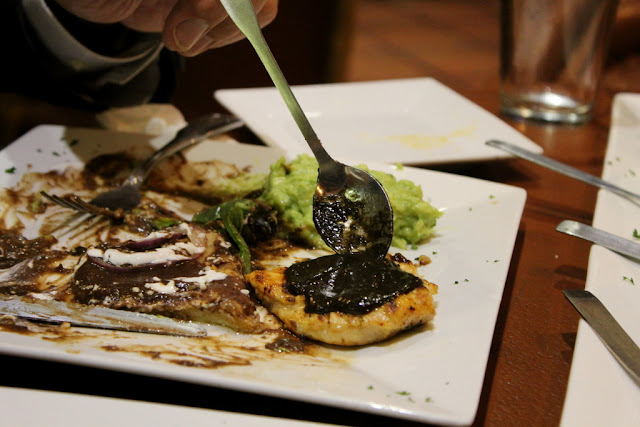 An action shot of Tim applying mole to his chicken. 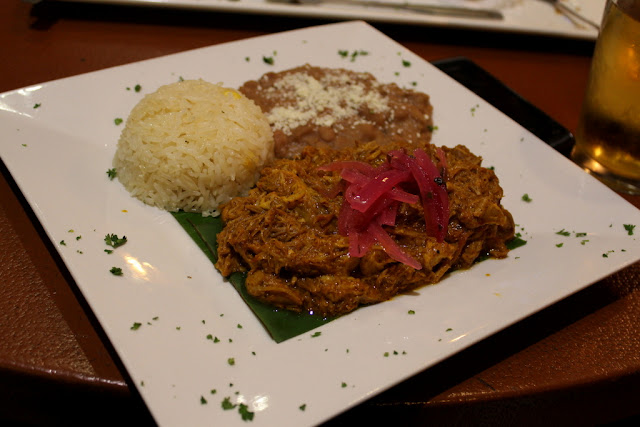 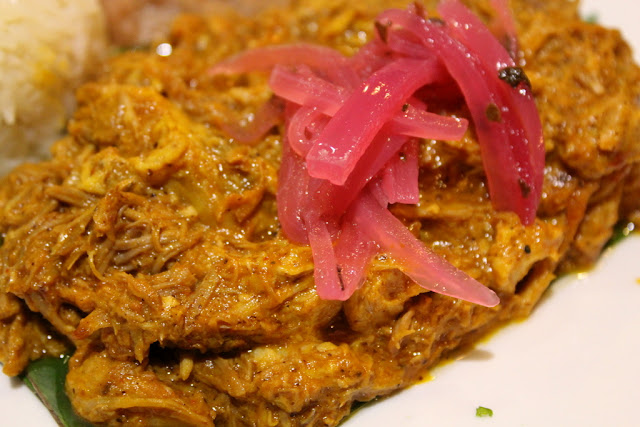 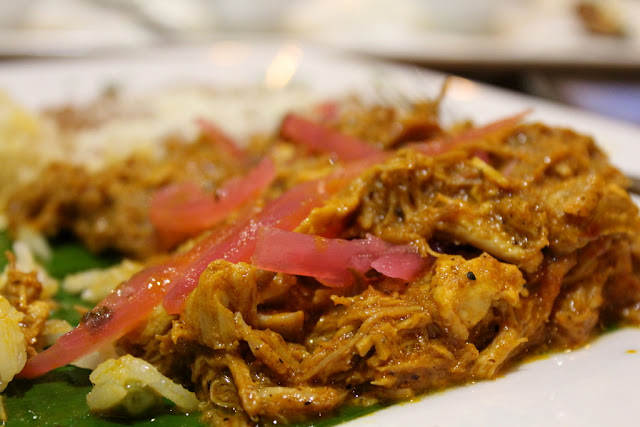 Whenever there is cochinita pibil on the menu, I am compelled to order it. As much as I love pulled pork when done by a barbecue master, there is probably no porcine dish in the world that I enjoy more than cochinita pibil. This was much more citrus-tinged than the dish normally is, but that's not a complaint. (And not really a surprise, either; the menu parenthetically describes the dish as "pork in sour orange juice," which is a much more succinct description than I am used to seeing.) I very much loved this dish. It wasn't the best cochinita I have had - I did not need to visit the kitchen and shoot the cook for making it too well, as Johnny Depp did in Once Upon a Time in Mexico - but it was absolutely delicious.

Rocio's may be out of the way, but it is worth a visit if you like Mexican food, and a pilgrimage if you like mole.
Posted by JustinM at 7:00 AM

Wow. I have never seen so many different moles. Fabulous.

finally a return of the action shot! your brother would be proud, pp.


On the menu they call the cuitlacoche "maize truffle". Whatever it may be called, it's an awesome ingredient.
Gotta try those Empanadas!