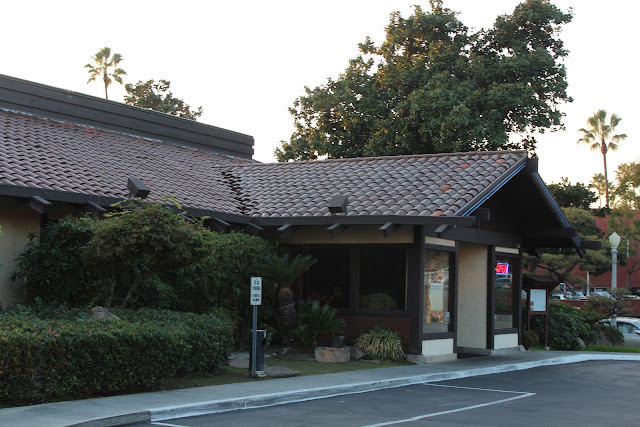 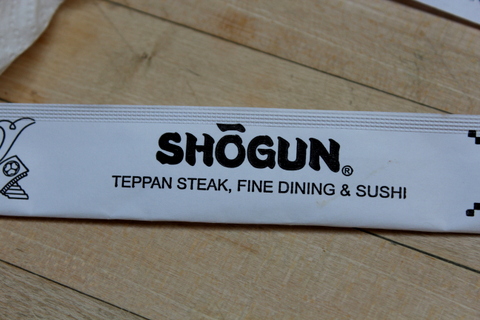 A little over three years ago, I wrote about Shogun. I have been eating there for more than two decades; it was always a special-occasion-dinner destination for much of my childhood, a tradition I continued well into adulthood. When Elizabeth's sisters came out to visit us in the fall of 2009, my parents offered to take us all out for dinner. Shogun was a pretty easy choice and it was a very fun meal, sitting at the teppanyaki tables while the chefs cooked the food right in front of us.

But there is another section to Shogun restaurant: half of it is a traditional sushi bar and dining room with standard Japanese dishes. The other day, my mom and I were trying to decide where to eat lunch. When I suggested Shogun, she jumped at the opportunity. 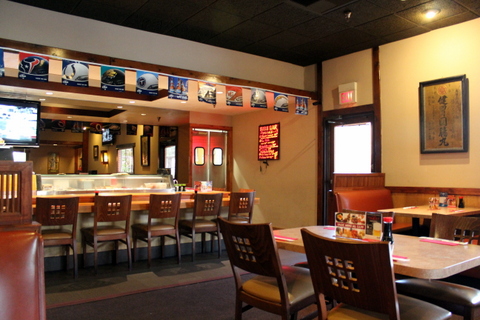 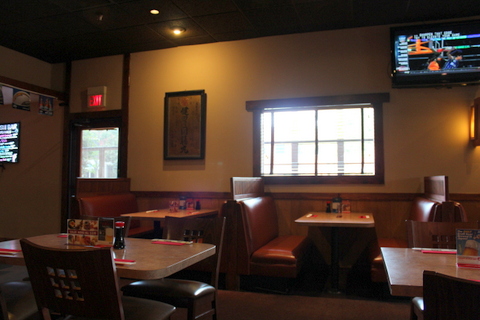 We got there shortly after they opened (neither of us had eaten breakfast and we were hungry). We were the first customers in this section of the restaurant, though several other tables showed up within ten minutes.

I am sure I have eaten in this room before, but I don't remember when. It's possible it has been more than a decade. 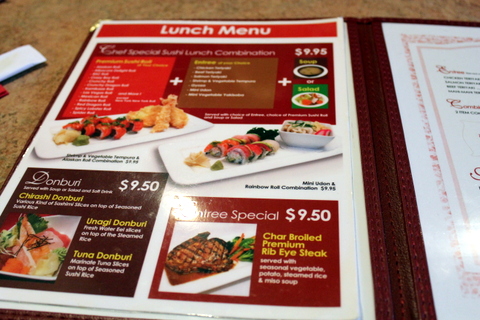 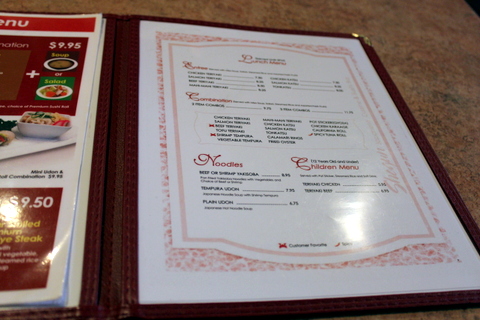 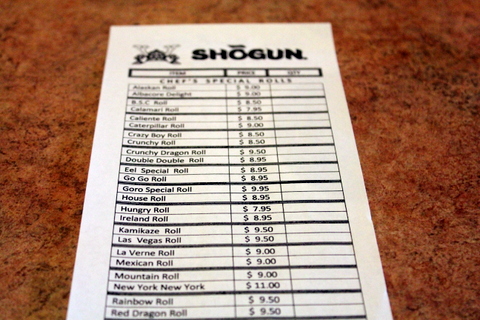 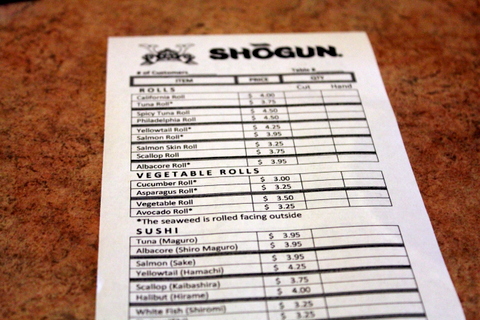 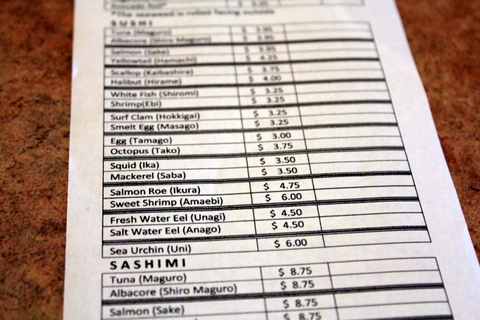 I thought about getting a tapas-style entree and a sushi roll, but in the end I decided to get a bento box. I was vacillating between the 2 or 3-item box. Being as hungry as I was, I decided to get three. 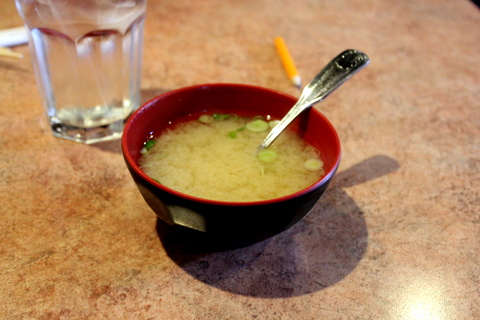 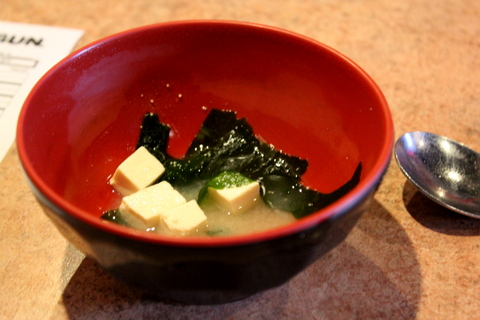 As usually happens, the bento box started with miso soup. It was fine. Not great, not bad. I didn't finish it. 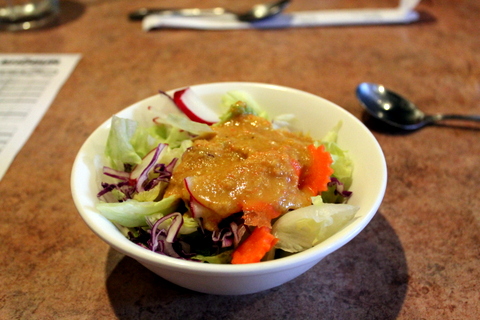 Next up was the salad. It's the best Japanese salad dressing I have ever had. (Both my mom and my friend Murph agree.) 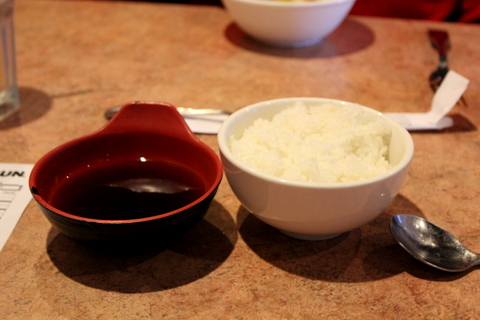 I don't believe I ate any of the rice. 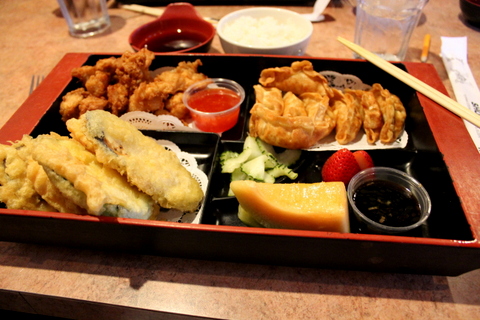 I laughed when the bento box arrived. I do not believe I have ever received a larger one. I had ordered chicken karaage, vegetable tempura, and gyoza. The karaage alone would have been enough of a meal. But it was accompanied by large pieces of tempura and nine gyoza. (I was expecting four, maybe five of the latter.) This whole box, with the rice, soup and salad, was $11.75. 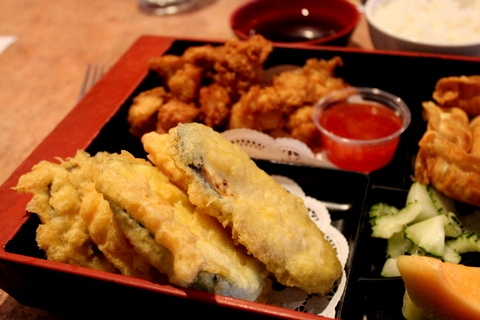 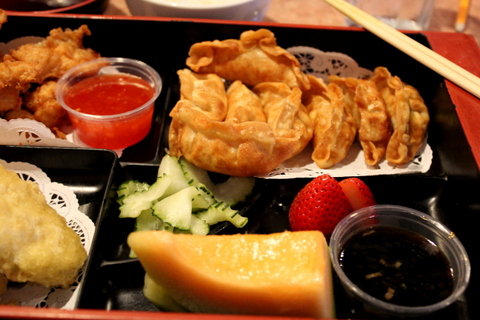 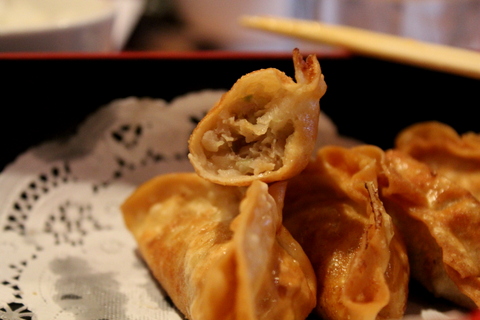 All of my food was delicious.

But neither of could come close to finishing our food. 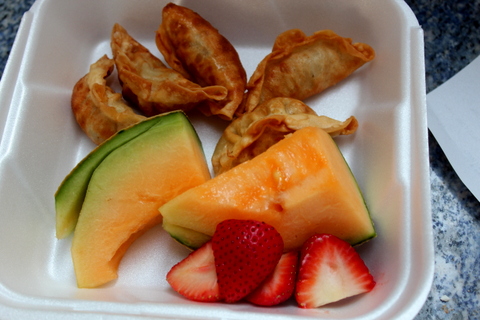 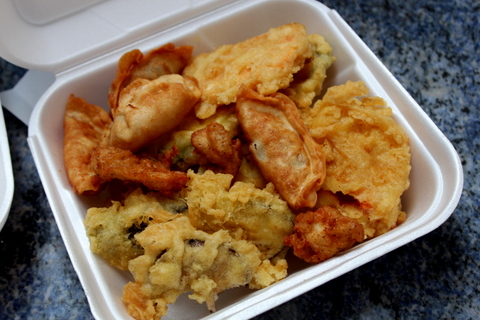 So this is what we took home with us - enough food for me to have a complete dinner that night and still have plenty left over.

I don't like the traditional dining room nearly as much as I like the teppanyaki, but there is no denying that it's really good, and a great value.
Posted by JustinM at 7:30 AM

Oh Justin how I love your posts. Those dumplings/goyza would be delectable right about now.

I check your blog daily but today I'm mad. Hambone is a fruit loop but a helluva player. I'll never wish luck to an Angels fan, but to you, enjoy it. I'm so bummed! Actually, most of Dallas is!

I respect that very much. I too would never wish luck to anyone in the Division (although I have always liked Texas much more than Seattle or Oakland). I wonder who we will get: "The Natural" who is capable of hitting 10 HR per month with a .350 average? Or the guy who quit on you guys the last few weeks of the season? I don't know.

But if we've learned anything over the last few years, it's this: superstars don't win the WS, it's pitching and clutch hitting. You guys have a good rotation, and let's see what Profar and Olt do. You never know, when you lose players like Young/Ham/Napoli... the team could end up being better.