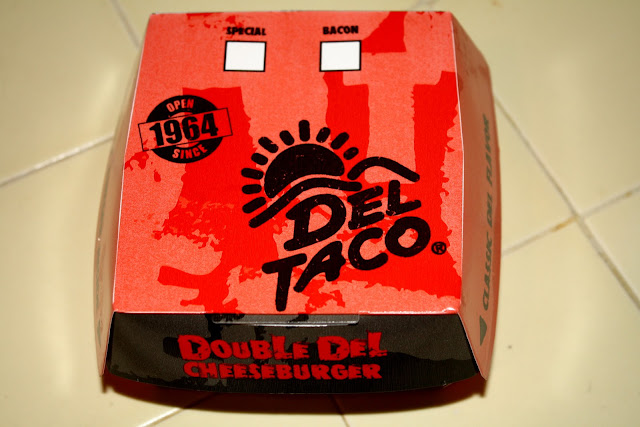 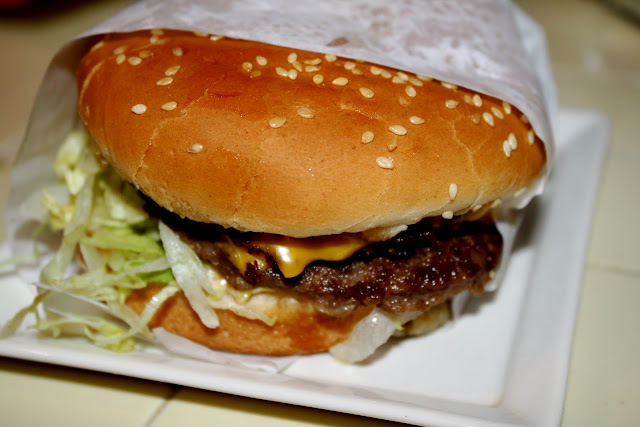 I am nothing if not a servant to my readers. If you want to see pictures of Del Taco's cheeseburgers, I will do that for you.

I don't remember my first hamburger from Del Taco but it's safe to say it was more than 20 years ago, maybe as many as 25. I remember, around that time, Del Taco selling their burgers in 6-packs and 10-packs. (I remember my Nana refusing to repeat my order in the drive-through that I wanted six hamburgers because she thought I was just teasing. Finally I convinced her that they actually sold their burgers in 6-packs and that I was planning to eat all of them. Which I did.)

I have to admit, though, that these days I rarely eat Del Taco's hamburgers. I don't remember the last time I had one - certainly many years ago. I pretty much only stick to their chicken soft tacos, with the occasional promotional item mixed in. I make hamburgers at home from time to time, as you may be aware, and at any rate there are both In-N-Out and Fatburger two miles away from me, to say nothing of fancier burgers like Green Street Tavern or Cafe 140 South. When I'm in a burger mood, Del Taco just doesn't enter into the equation.

But since the subject was brought up yesterday on the blog and Bekah said she would would like me to write about it, I am doing it now. Yesterday afternoon when Elizabeth and I were emailing about what to do for dinner, I told her the two things we had at home: pasta with pancetta and spinach or Trader Joe's tempura chicken with broccoli and rice. Neither sounded particularly good to her.

Then I remembered something. Well, two things actually: there are no Lakers games this fall, and a new episode of Glee was going to be on. So I had no desire to be at home; I gladly offered to go out and pick up dinner. I drove up to Del Taco and placed our order. 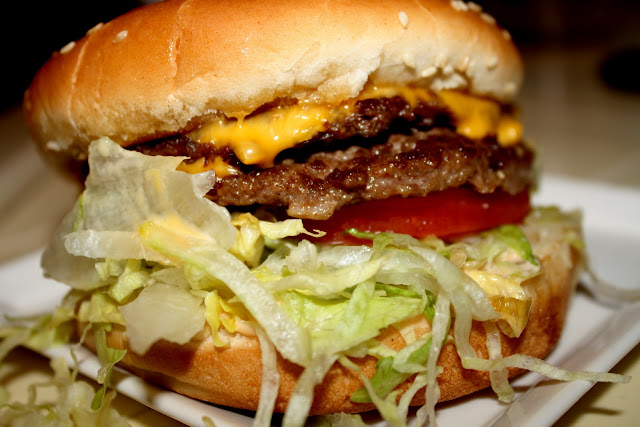 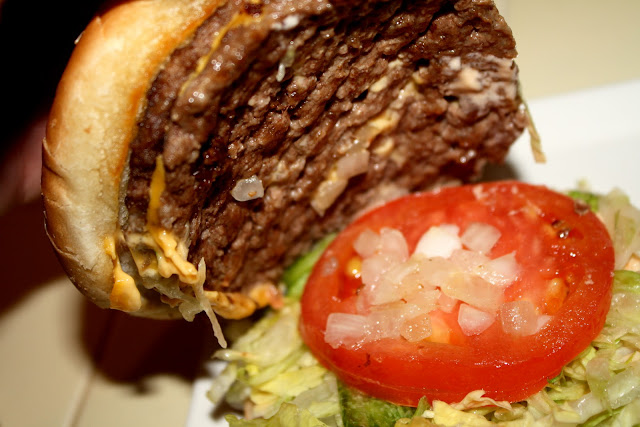 The Double Del Cheeseburger comes with two patties, two slices of cheese, a thick slice of tomato, special sauce, and plenty of lettuce and onions. 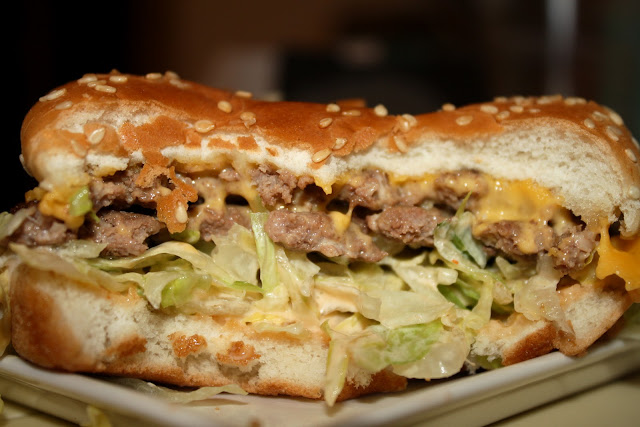 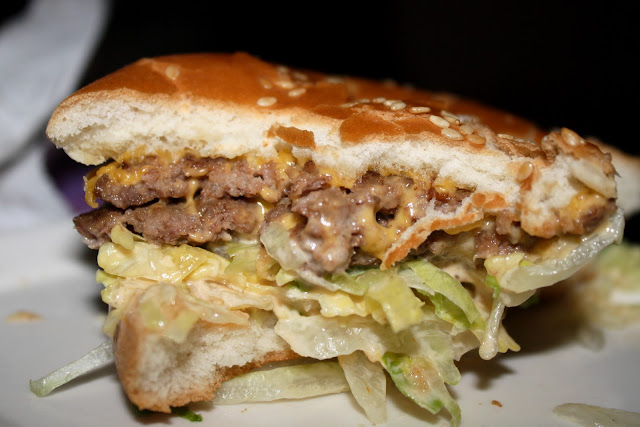 I can see why some people do not like this as much as an In-N-Out Double-Double, and if you have any clue what you're doing around a grill, you can probably make a better burger with some fresh ground beef. The Double Del Cheeseburger is most similar to a Big Mac, though in my opinion much better. It's just a solid, straightforward burger. But that makes it better than almost all of the big-chain fast food burgers out there.
Posted by JustinM at 11:20 AM

i hate burgers with 2 patties. it throws the meat to bun ratio completely out of wack! the big mac is correct in having the bread part in the middle.

Our Del Taco closed. The Husband really misses it, as not many places you can grab a good cheap taco and a burger at the same time. Thanks!

The Habit Grill is coming to Hastings Ranch, They are already working on the restaurant next to Chuck E. Cheese. They are supposed to open in December.

Be sure to check them out, they have some really good food.

All the Del Taco's in my area closed too (all two of them) :( Never tried one of their burgers, but it looks pretty good. Even the tomato looks good, but I'm sure you didn't eat it. (I still don't get how someone who raves about $7 bottles of ketchup doesn't like real tomatoes, but I know you're sick of that discussion!)

Matt Wow I had no idea. I don't go to that shopping center nearly as much as I used to, but I did get my hair cut there a couple weeks ago. BTW did you go to Arcadia High?

Mike Not sick of the discussion, but I have said many times: it's not the flavor of tomatoes I mind, it's their hideous appearance and texture.

I used to get the double del with grilled onions, I don't know if they do that anymore, but they were awesome.

I must say.. I am a fan of Del Tacos Double Dell. Reminds me of Bob Big Boy though..

I agree it is the most similar to Bobs Big Boy and how they used to be. I had a big boy about 2 years ago and thought it was terrible compared to the Double Del. They often put them on special. Rigt now july 2021 some outlets are offer double dels 2 for 5.99. I would like to know how many.ounces of mest are in their patties