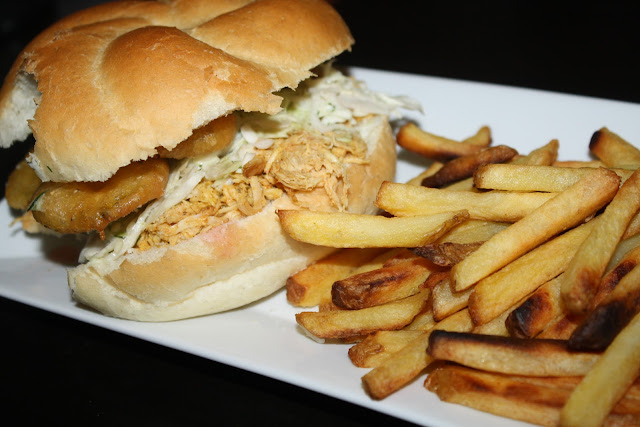 I'd planned to make a brisket sandwich but there were no briskets at the store. Chicken breasts were on sale so I figured Why not? 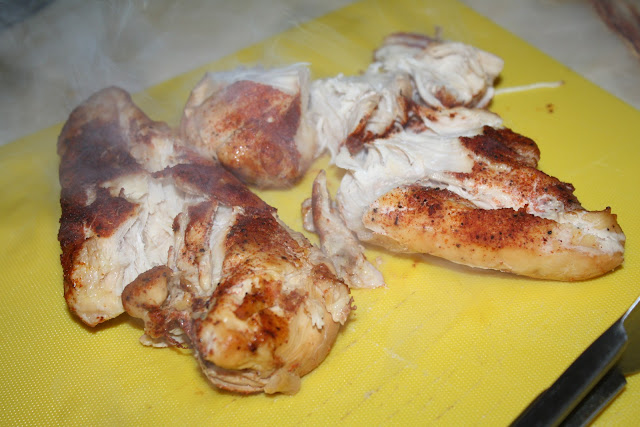 You've seen me slow-cook chicken breasts before; you don't need to see all the steps, right? This is what they looked like when they came out of the slow cooker. 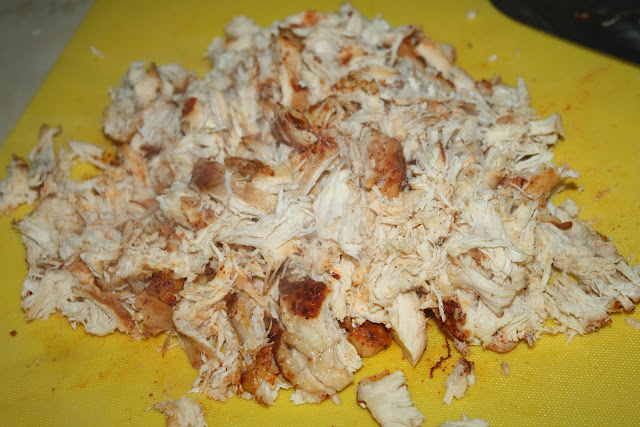 And what they looked like pulled apart, still steaming. I let them cool down for a few minutes and took the opportunity to make the pickles. 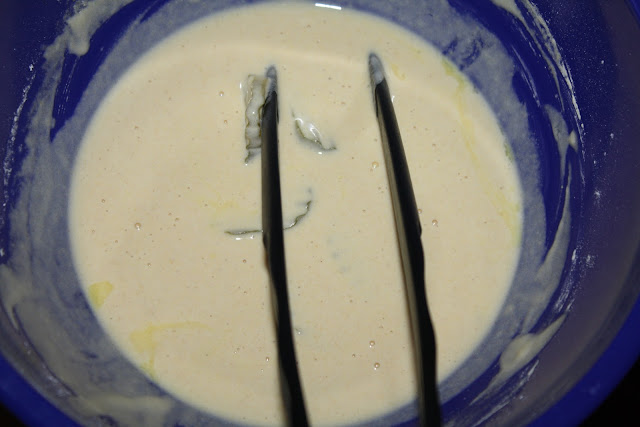 I had leftover beer batter from the shrimp I made for the Mardi Gras dinner. I mixed it with Fuller's London Pride and dropped in a few pickle slices. 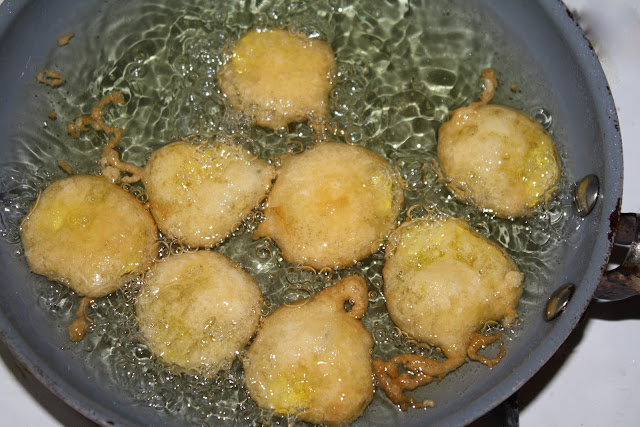 They went into the hot oil for about three minutes. 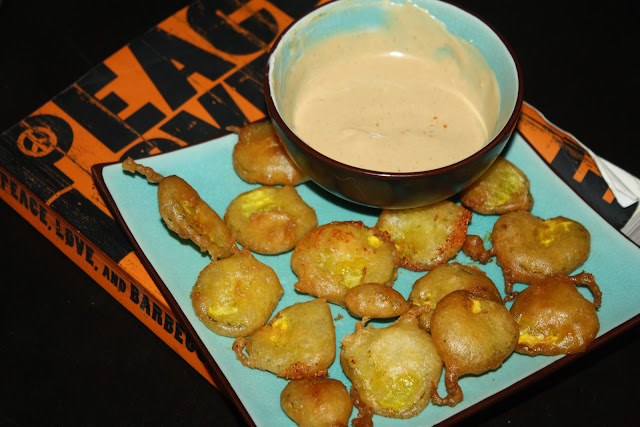 I pulled them out, drained off the excess oil, dusted them with seasoning, and tried a few with a dip I made. 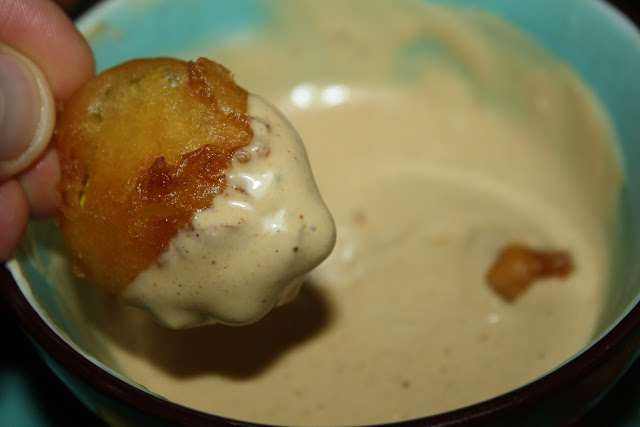 These were freaking good by themselves. 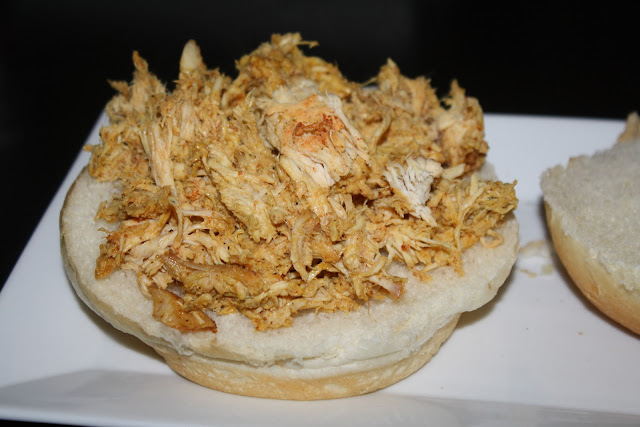 I used the last of my Lillie's Q mustard sauce. There wasn't a lot left, but I didn't need a lot; I just wanted to lightly sauce the chicken. It was delicious as is and didn't even need any sauce, but I thought some mustard sauce wouldn't hurt. I added a large handful of chicken to a soft kaiser roll. 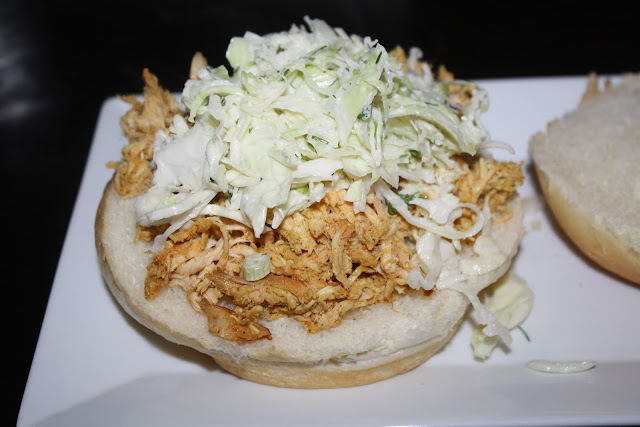 A scoop of slaw right on top. 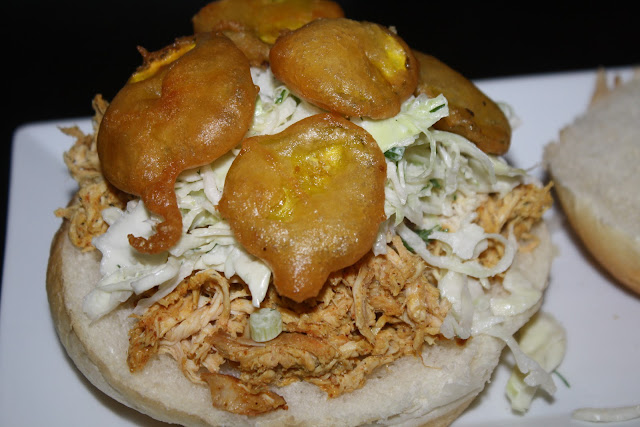 And then some of the crispy fried pickles. 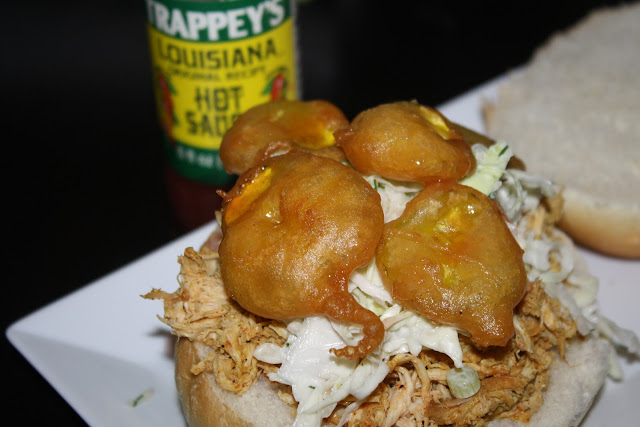 I figured a few shakes of Trappey's hot sauce would liven things up. It reminded me of a passage in my beloved Charles Kuralt's America:

"I like a few drops of Texas Pete hot sauce on my barbecue to heat it up, and then I like to put the coleslaw right in the sandwich to cool it down. Not everybody agrees. I have a friend who says Senator Jesse Helms is God's retribution to North Carolinians for eating coleslaw on their barbecue."

It goes without saying that this isn't barbecue... and it damn sure isn't North Carolina barbecue, but you get the point. 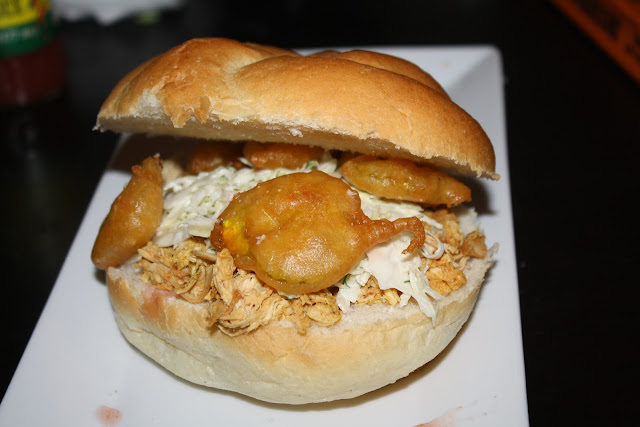 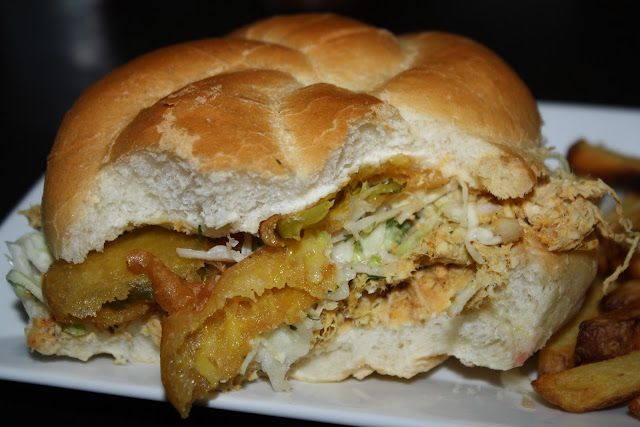 This was a great sandwich. I had set aside lots of fried pickles to eat by themselves but we ended up putting almost all of them onto our sandwiches.
Posted by JustinM at 10:00 AM