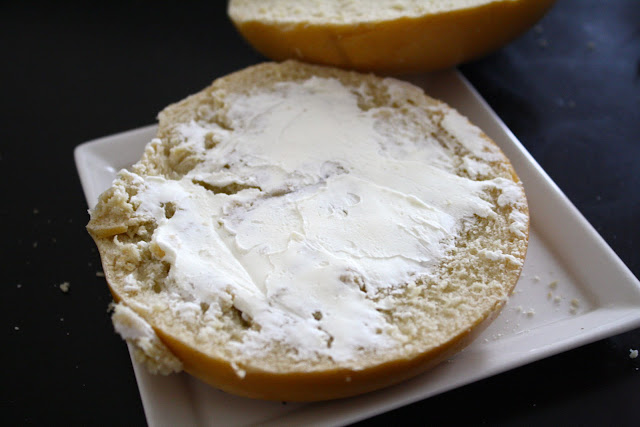 Elizabeth's parents have been in the state for a couple of weeks, since her sister was due to have her baby more than a week ago. But it hasn't happened yet, so they came to visit us for the weekend. Rick went out and got us bagels both mornings, which were great. 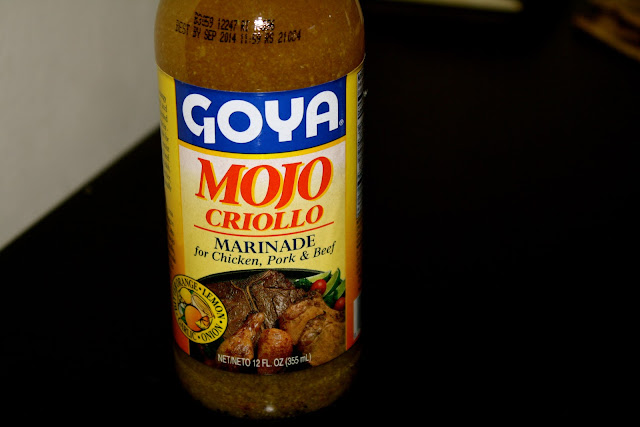 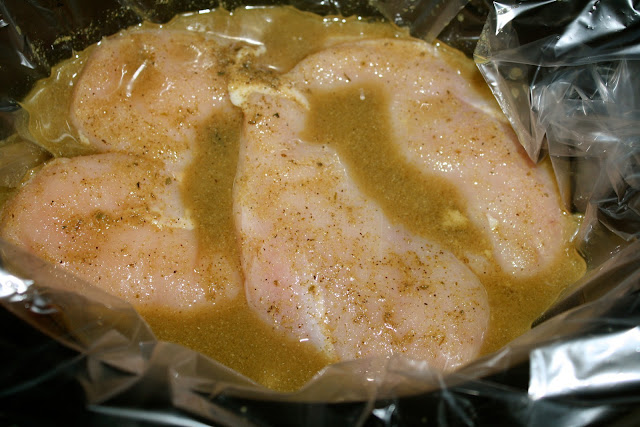 I made dinner both nights. The first night, I picked up some chicken breasts and a bottle of Mojo Criollo marinade: orange juice, garlic, and other spices. I placed the chicken in the slow cooker and poured the bottle on top, then left them alone for six hours. 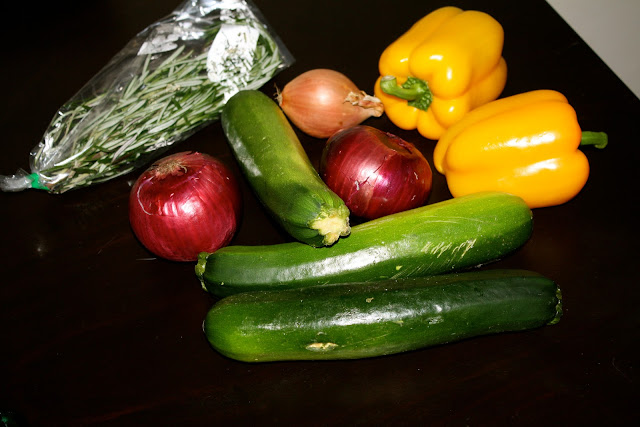 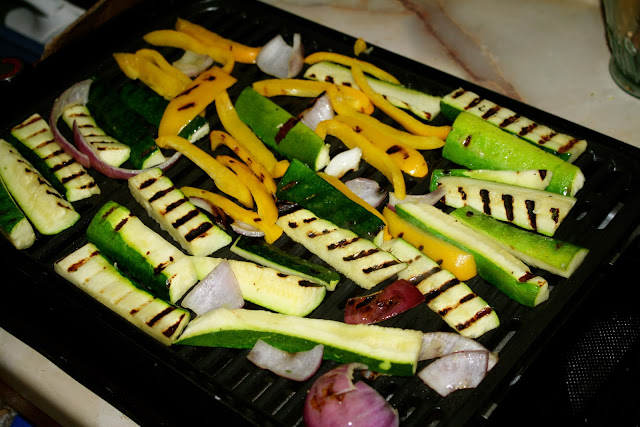 I sliced zucchini, red onion, peppers and shallots, tossed them all with olive oil and salt & pepper, and cooked them on the indoor grill. 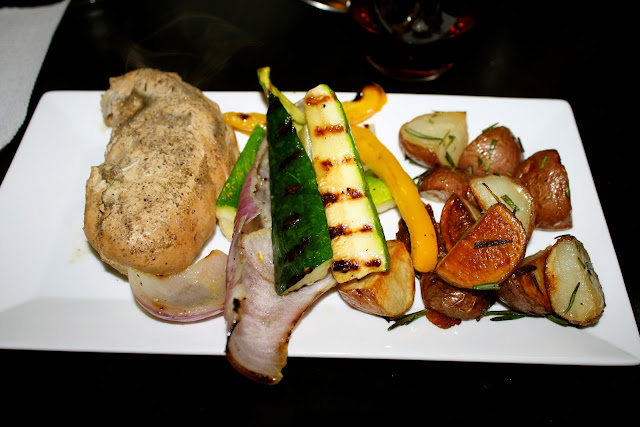 The chicken was falling-apart tender, the veggies were great and the potatoes I roasted with olive oil and rosemary were delicious. 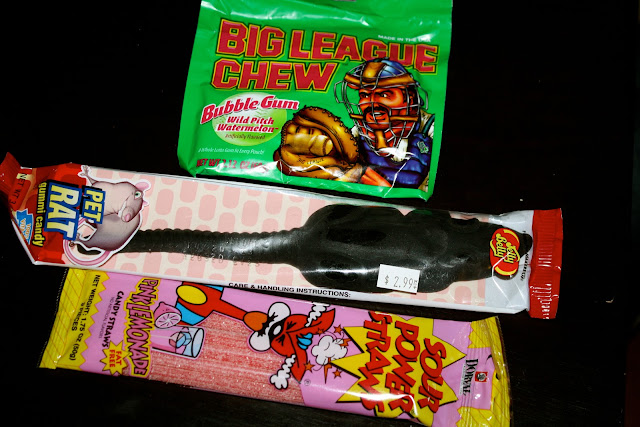 Saturday afternoon we took Elizabeth's parents to Economy Candy; they enjoy old-fashioned candies and were able to find a few they wanted. I restrained myself this time and only got three items. (Elizabeth's mom said the pet rat was one of the worst things she'd ever seen.) 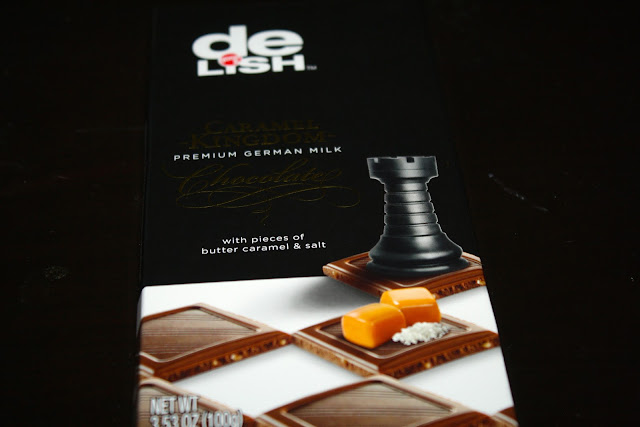 Elizabeth got this "premium German milk chocolate." I figured it had been a few years since I'd given chocolate a try, why not give it another one? 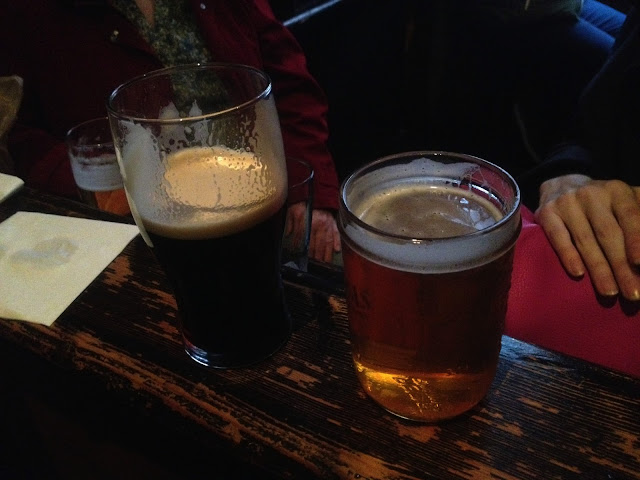 It's always good to finish up a candy-shopping trip with a beer, so we stopped into a local pub. I had a pint of Guinness; Elizabeth had a Lagunitas Little Sumpin'. 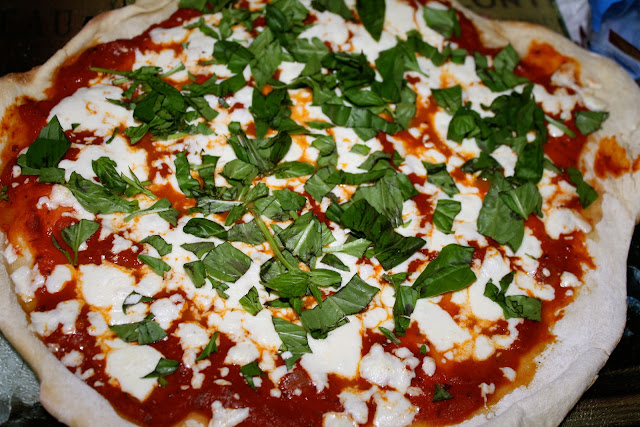 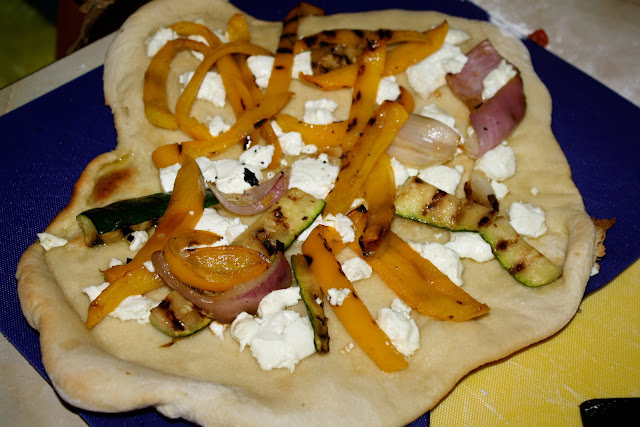 I made two pizzas for dinner. Elizabeth's mom requested one with tomato sauce, mozzarella and basil, so that's what I did. The other one was olive oil, goat cheese, and some of the leftover veggies from the night before. We didn't get home from our Saturday adventures until after dark, so by the time I got the pizza dough, I didn't have time to let it come to temperature like I usually prefer. So they didn't roll out evenly and looked deformed. Whatever, they were still delicious. 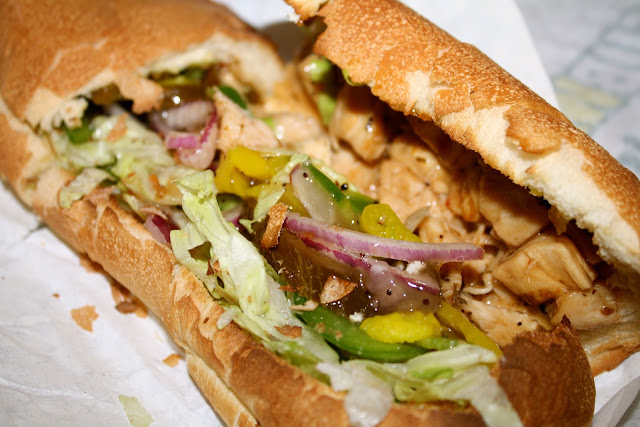 It's "Februany," so I got myself a sub at one point: my usual Sweet Onion Chicken Teriyaki with lettuce, red onion, bell pepper, banana peppers, jalapeños, and plenty of sauce. I miss the cilantro I used to get on my subs in California, but I still can't complain when I got two subs and a bag of chips for eleven bucks. 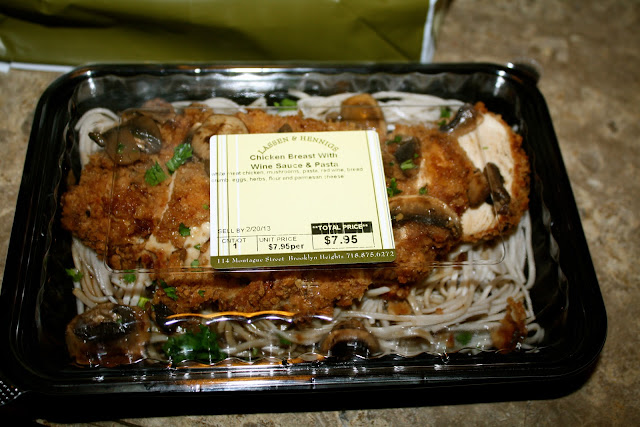 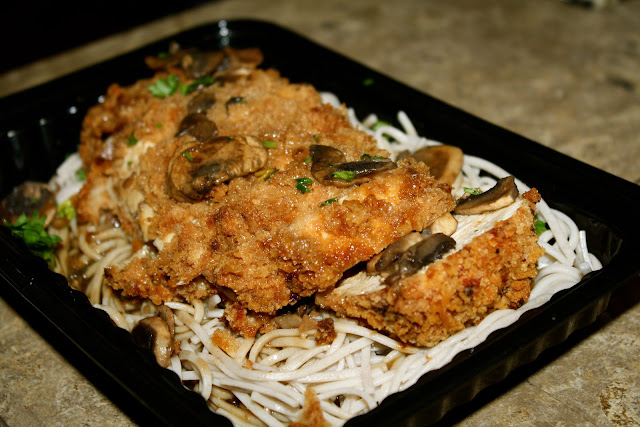 Last night I again kept it simple and picked up food from the deli across the street: Elizabeth had some of this chicken breast with wine sauce and pasta. I took a bite; it was good. 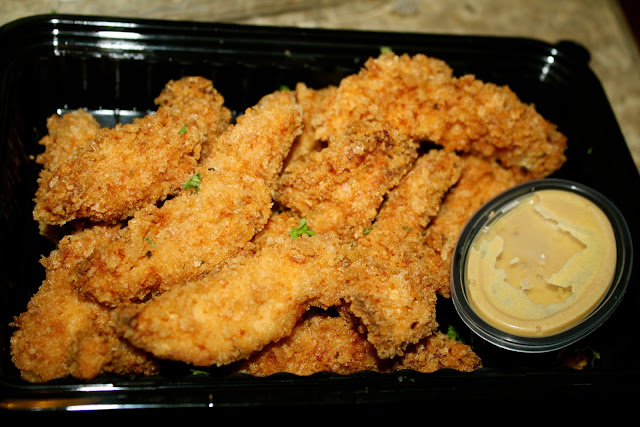 I'd wanted to get the teriyaki chicken I love, but they were all out. So I got these chicken tenders instead. I've tried them before but I won't be getting them again. They're usually overcooked and overbreaded. The mustard is good, though. 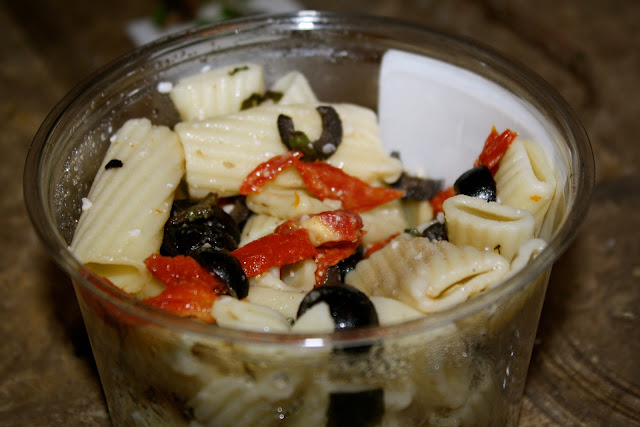 Elizabeth chose the pasta salad and I tried some, but it wasn't my favorite. 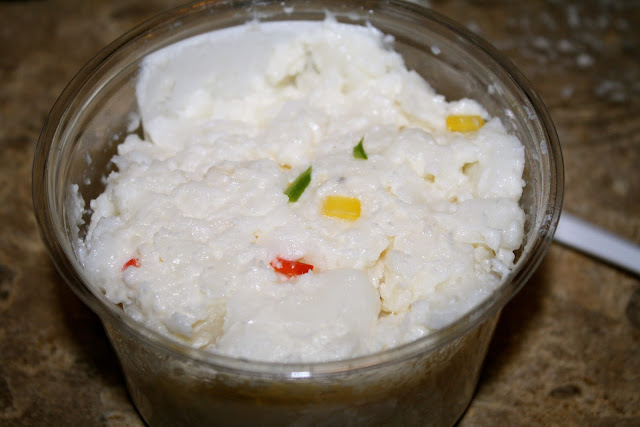 I prefer the potato salad.

I hope you had a good weekend.
Posted by JustinM at 10:00 AM

I'm from norcal and Lagunitas seems to be our most represented brewery, though I didn't realize they distributed as far as NYC. Is Lagunitas a common site out there?

Considering their production is a fraction of Sierra Nevada, I would say they are pretty well represented here. I've see the IPA in several places.

Two years ago, after taking a self-inspired walking tour of Brooklyn's brownstone's, I had the single, best bagel of my life. Therefore, I have bagel envy.

Do you remember where?

Whenever there's not a new Immovable Feast post I'm always worried Justin got hit by a bus. Well, since it's Brooklyn Heights, maybe he got run over by a locally-sourced vegan taco cart. :)