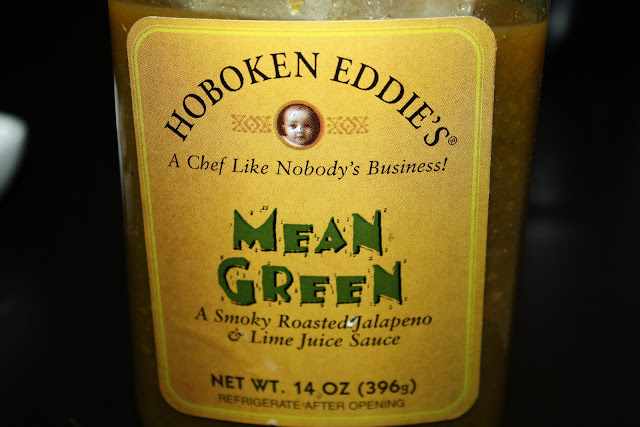 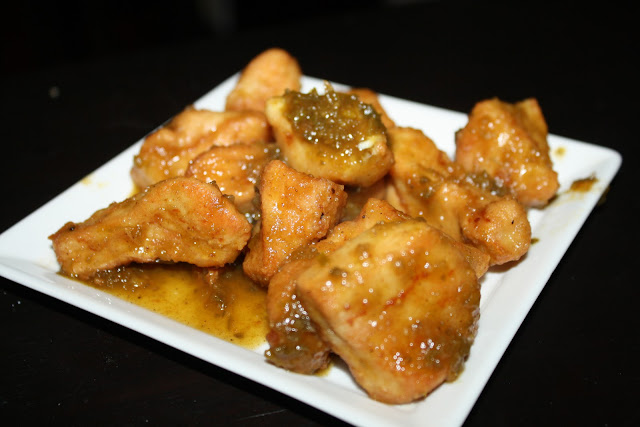 I'd noticed Hoboken Eddie's sauces for several months but never tried them: the 14 oz bottles cost between eight and ten bucks each. That seems a lot for a bottle of sauce. But eventually I was curious and gave one a try, the roasted jalapeno and lime juice version. It was delicious. Really, really good.

I immediately made some boneless wings one night and tossed them in the sauce. 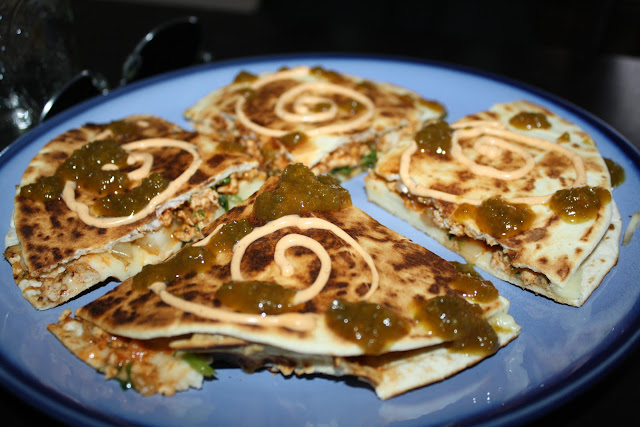 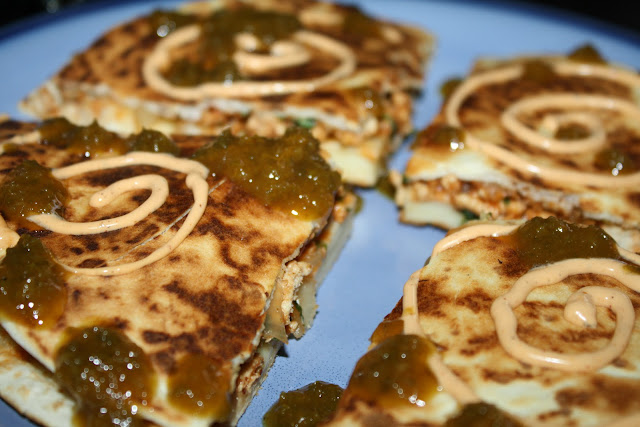 I had leftover ground turkey one day, so I added that to a grilled quesadilla with sautéed onions and added chipotle sauce and the Hoboken Eddie's sauce. This was the best "snack" quesadilla I have ever made. (As opposed to a quesadilla I make as a main meal, with grilled chicken or lobster or something like that.) 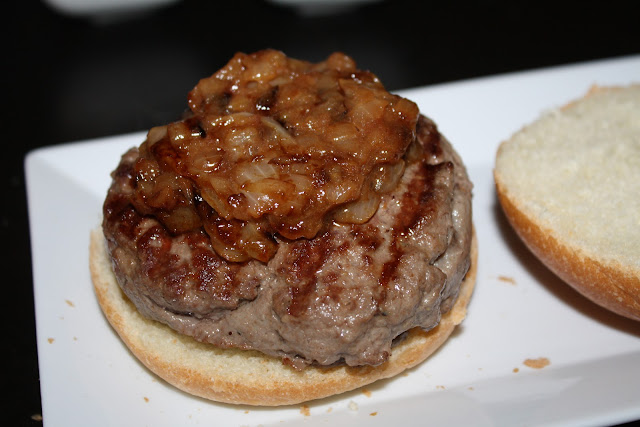 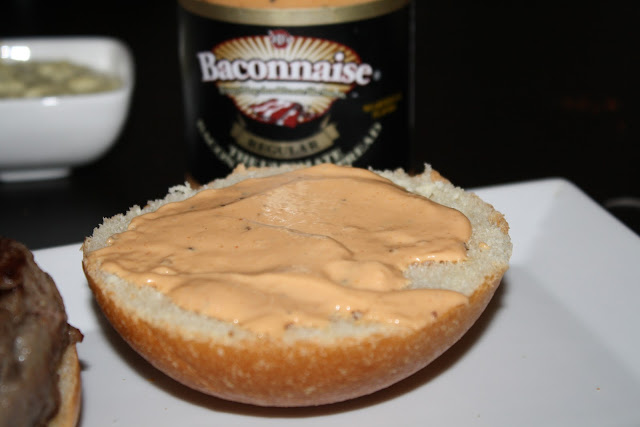 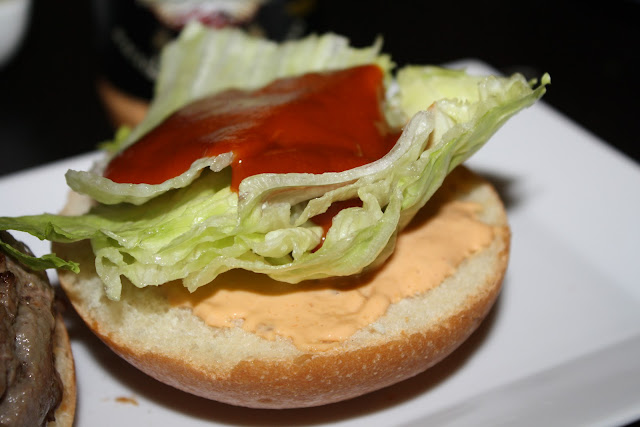 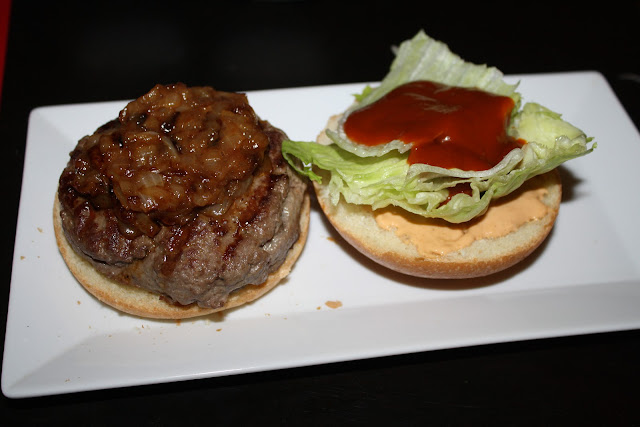 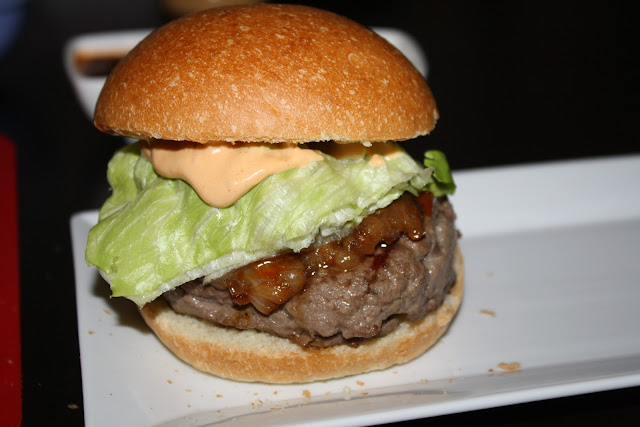 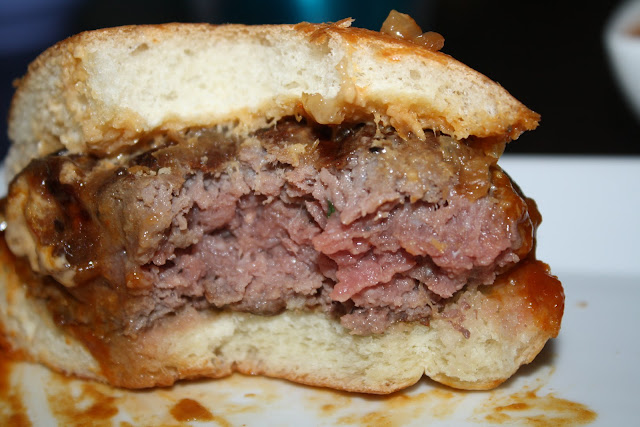 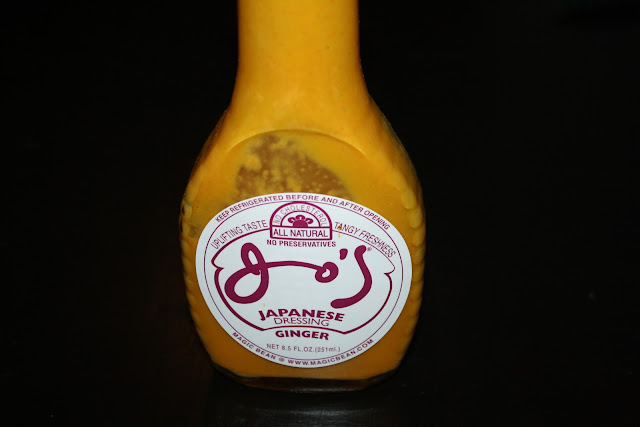 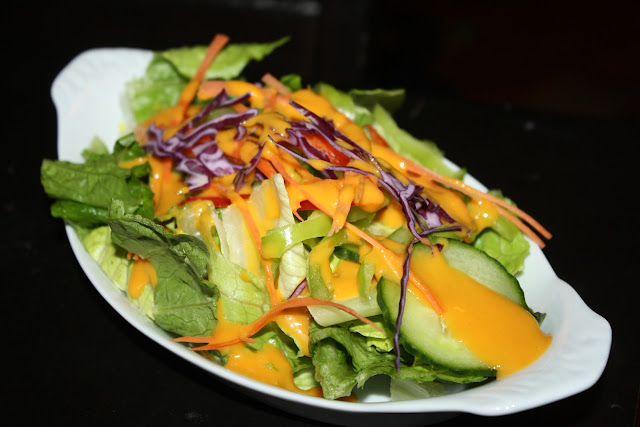 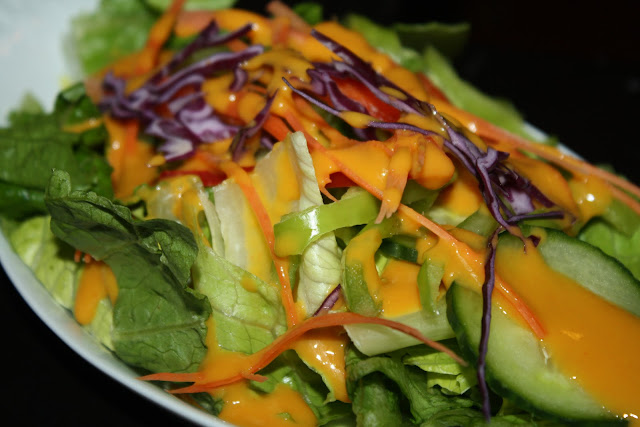 A local bodega has this Japanese ginger dressing that is as good as almost any restaurant. (Still not as good as Shogun Restaurant, though.) I make salads frequently with lettuce, carrots, cabbage, sliced cucumber, and this dressing. 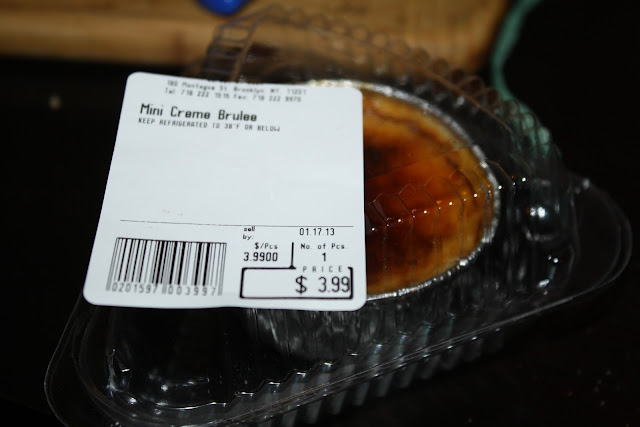 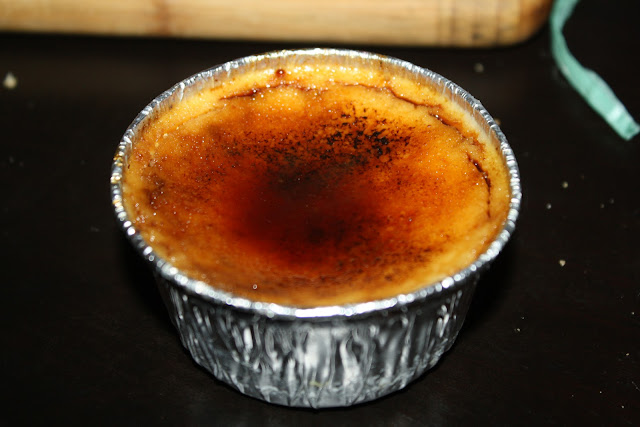 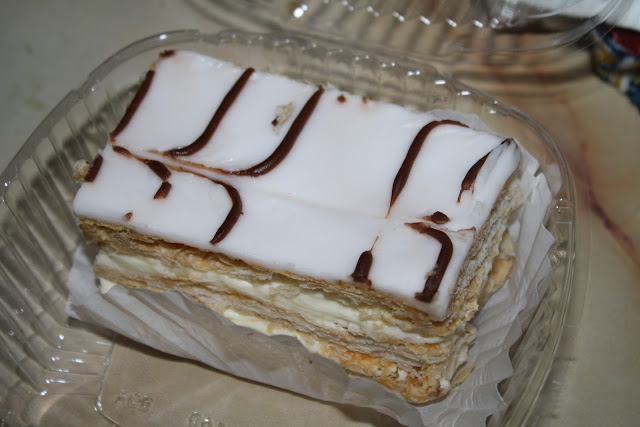 I got myself a creme brûlée at a local market. It was merely okay, and too small for the price. Elizabeth had a white Napoleon, but she only ate one bite of it and announced she wanted to save the rest for later. So I ate it all before she could return to it. It was much better than my dessert. 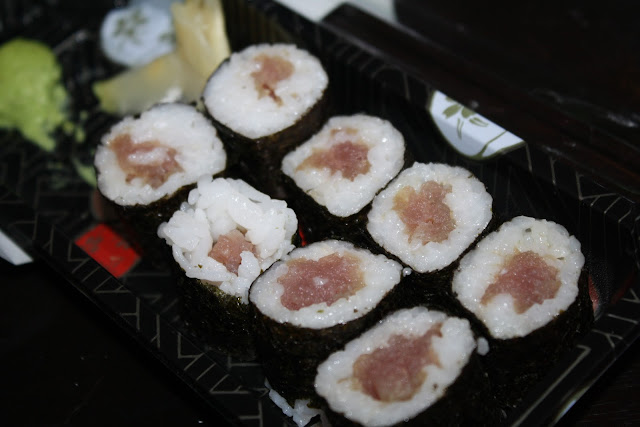 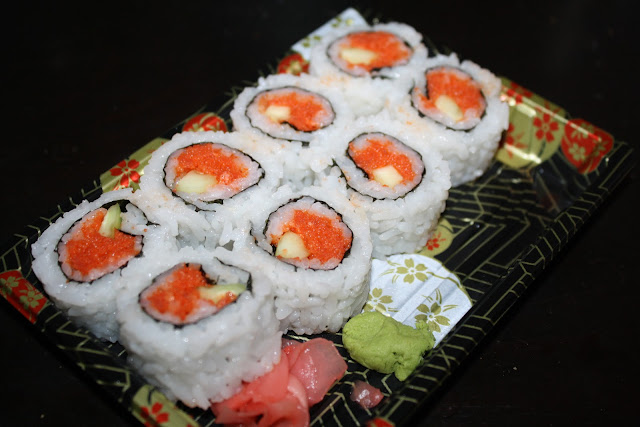 Another local bodega has a sushi chef who makes sushi all day long. I often pick up a container. I don't even remember what these were, but everything from there has been good, the best non-restaurant sushi I think I've ever had. 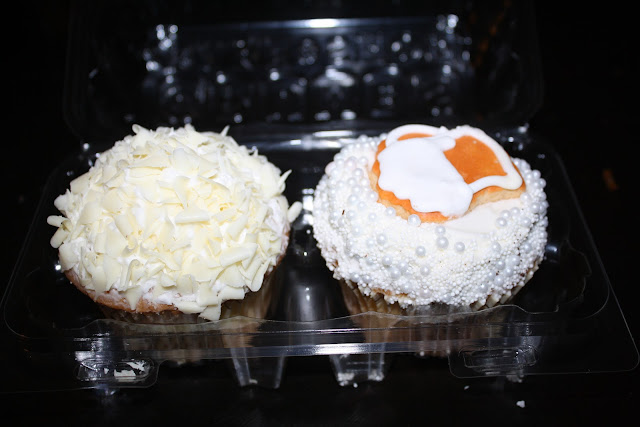 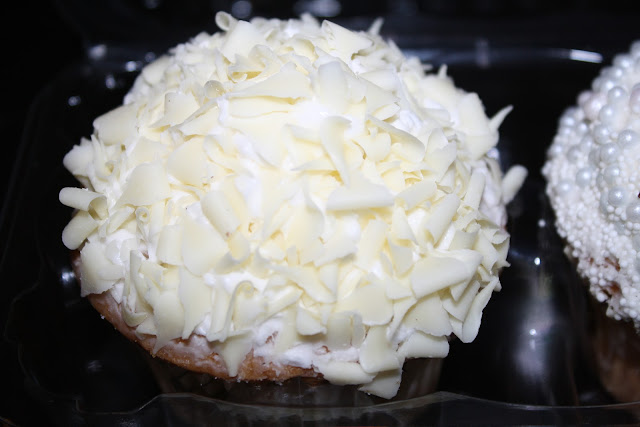 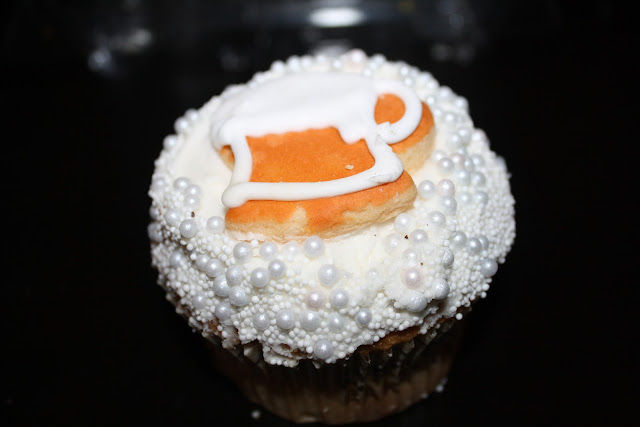 I picked up a couple of cupcakes for us at Crumbs one night. Elizabeth had the white chocolate, which was delicious. I had the "Brewsky," which wasn't that good. The cake and frosting tasted fine, but the cookie was stale and these little balls were as hard as ball bearings. 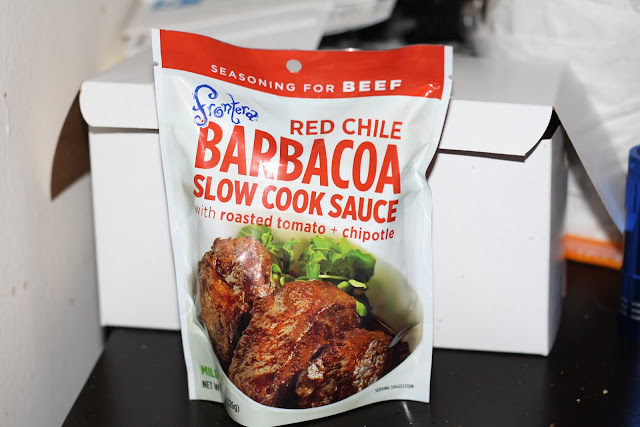 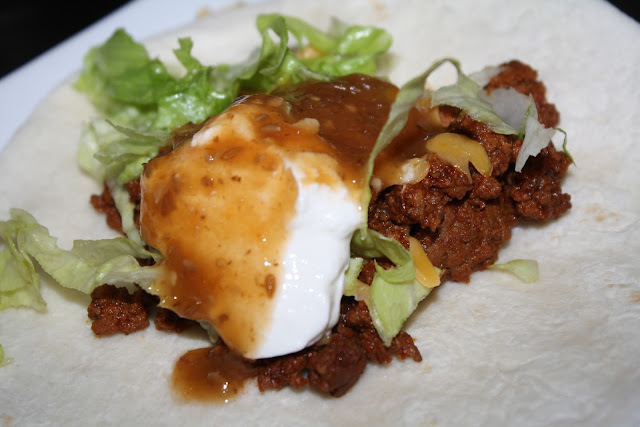 I am definitely a fan of the Frontera cooking sauces. On this occasion I used the slow cooker - I put some browned beef in there with the packet of sauce and let it cook for several hours. One taco I ate with sour cream, lettuce and green salsa. Another I ate with chipotle sauce. I probably ate at least two more. All were delicious. 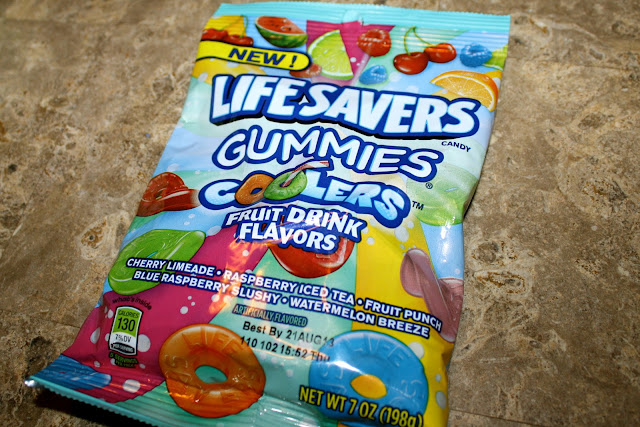 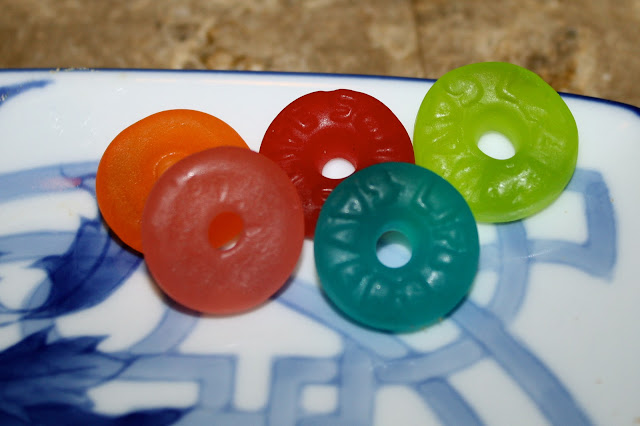 These fruit-drink-flavored gummy Life Savers are delicious, which means there is a ticking clock on how long they will be available. Life Savers always pulls their best new products. 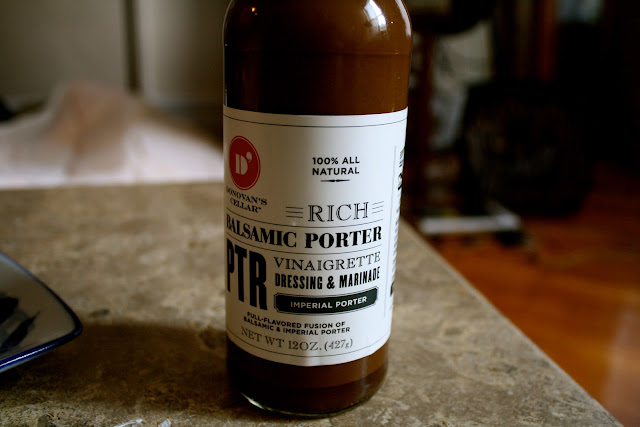 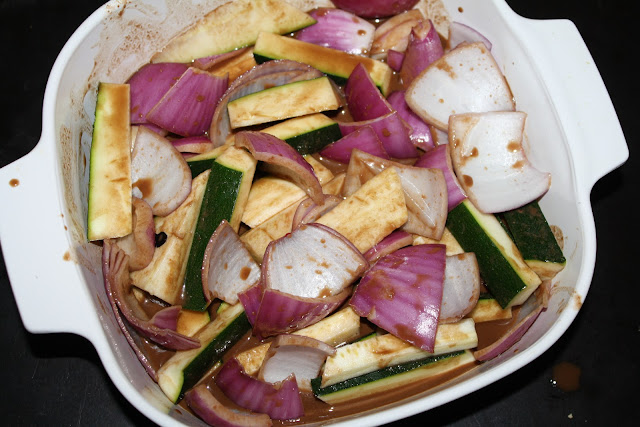 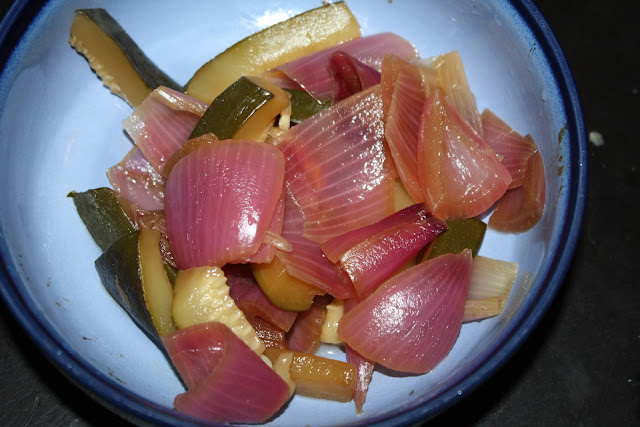 Two of my very favorite flavors are balsamic and beer, so buying this bottle was a no-brainer. I soaked some chopped veggies in it all day, then grilled them. They were great.

Have a good weekend.
Posted by JustinM at 11:30 AM

The burger looks sensational. What type of bun is that? I'm always on the lookout for a bun that beats Martin's Potato Buns and haven't ever found one that looks close.

A brioche bun from Caputo's - my favorite bakery I have found yet. I love Martin's potato hamburger buns, but the smaller ones, like dinner rolls or slider buns, just taste too spongy. The full-size burger buns are awesome, though. There might not be a bun I like more when it's fresh.

Where do you buy the balsamic porter?

Do you make your own chipotle sauce? If so, would you please share your recipe.

Have you tried the Snyders jalapeno pretzel pieces? A friend just turned me on to them and they are fabulous!

Damn you keep eating these gross pre packed meats, like no one wants to read what you think about gross food that only you have the appetite to eat!

Good call on the life savor gummies though, I loved those since I was a kid.

# 1, 2, and 8 all look disgusting and no photographer can make that garbage look edible. Sometimes you make the way Andrew zimernman of bizarre foods eats look like the eating habits of a blonde 17 year valley girl whose more exotic cuisine of yet has been a chipotle burrito with carnitas (scratch that carnitas is too wild better stick with the chicken)!

I write this blog for about ten people, all of whom want to read what I think about the food I eat. If you're not one of those people, you're welcome to read and you're even welcome to comment, but don't kid yourself: your opinion doesn't mean a thing to me.

I like to roll/smash the smaller martins rolls into a flat dough, put some butter or mayo then toast it in the toaster oven and make a sandwich or put it in the panini press. It's delicious, and I do the same with those Hawaiian sweet rolls and make a 3 cheese panini grilled cheese. Yum

I need to get me some of that balsamic porter - yum!