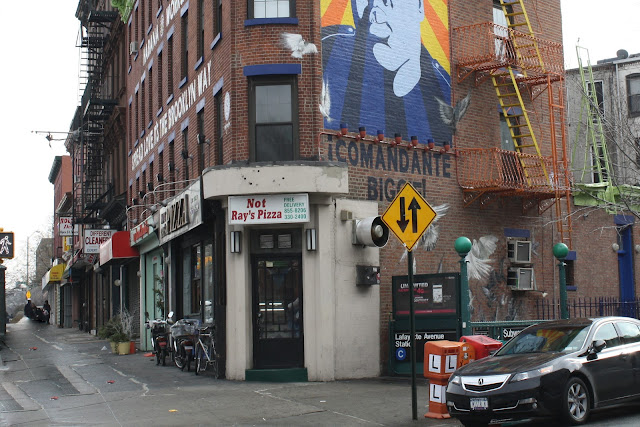 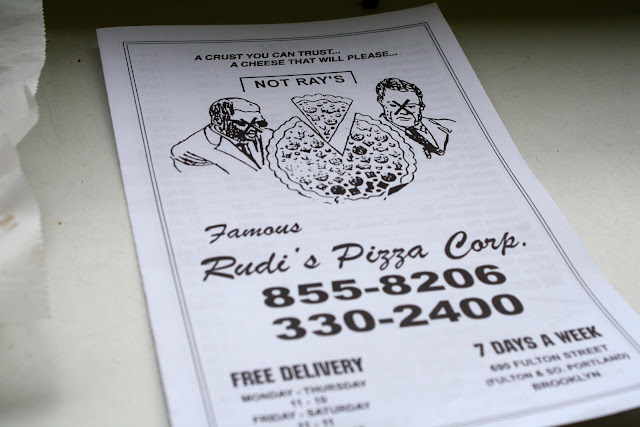 Does it ever make you a little wistful that you can't go back and do certain things again for the first time?

Originally I started that sentence with the words "Does it ever make you sad..." but then I realized that sad is not the word I want. Sad is self-absorbed; sad is ungrateful for the fact that you ever got to do the thing in the first place.

But wistful seems a little more what I'm trying to say. Wistful seems a softer word to my ears, it conveys a longing that, though perhaps tinged with sadness, admits an appreciation for what was. I can't read Blood Meridian again without knowing the ending any more than I can see the Grand Canyon for the first time, and though I would love to see the Angels win the World Series again, it wouldn't be as special as it was that first time.

And I can never again have my first slice of New York pizza. It was more than a decade ago, my friend Tom and I - on our around-the-country road trip - waiting for a college friend of his to arrive home before I left for New England for the weekend. We walked a few blocks away, each grabbed two slices, and sat in the window of a pizzeria on a late July afternoon.

At the time it was the best slice of my life. I probably can't say that now, but I promise in those days of Domino's and CPK, it was revelatory. A slightly crisp but still pliable crust, a crust that actually tasted good and was not just there to hold up the toppings. I have had better slices since then - without thinking too hard I'm remembering half a dozen at the moment - but that will always hold a special place, obviously, for being the first. I would love to be able to go back and relive that experience. It was probably one of the five best culinary moments of my life.

Why do I bring this up? Because, though I could never find the place again, I remember it was called some variation of "Ray's." You see, before that trip I spent plenty of time reading about food around the United States. Tom and I had come up with some basic ground rules: as many baseball games as we could catch, as many historical sites and museums as time allowed, as much regional beer as we could drink, and local cuisine whenever possible. We did not want to eat at a single chain.

(That was a rule we violated only once, eating at an Applebee's in Memphis; it was an annoying set of circumstances not helped by the fact that the address for Corky's was misprinted in our guide book - strange to think that only a decade ago, a guide book and a street map were the preferred methods of finding a tourist location - and please believe me when I tell you that out of five weeks on the road that was the easily the worst meal.)

So I learned in one of the books that there are dozens of pizza joints in New York City names Ray's, most being able to trace their roots in some way to a Ray's Pizza that opened in Little Italy more than half a century ago.

I hadn't thought about that fact until the other day when I was out for a walk and came across a place called Not Ray's Pizza. I suddenly remembered the anecdote I read a decade ago about all the Ray's Pizza places in the city. As appreciation for the reminder, I stopped in for a slice. 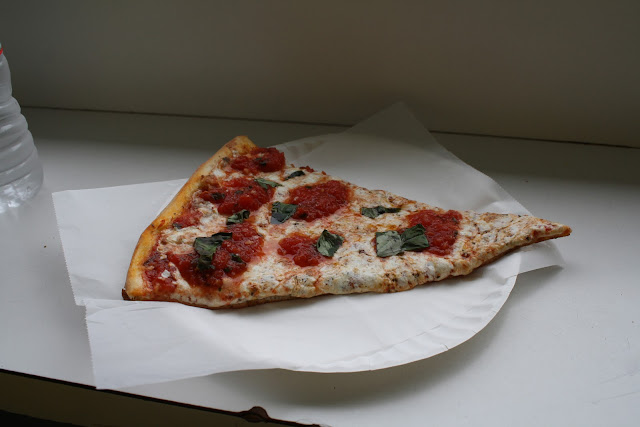 I ordered a slice of the fresh mozzarella pie; after the customary reheating it smelled delicious. 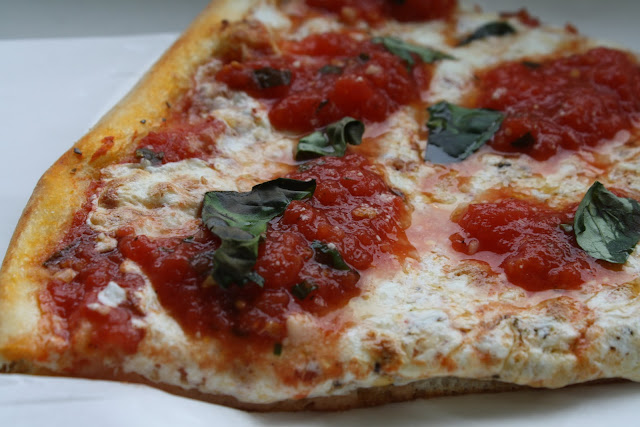 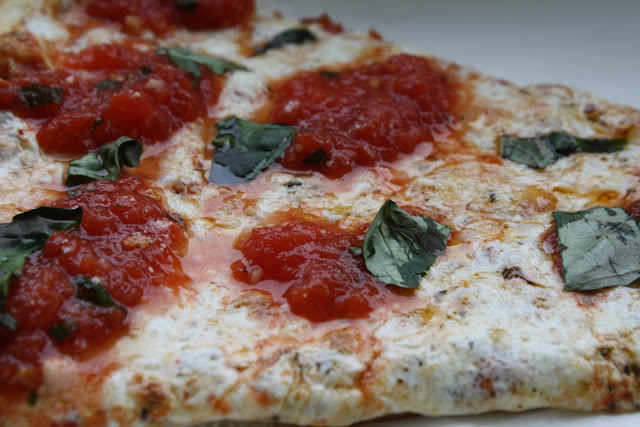 It tasted delicious, too. This was probably my favorite slice I have had in the last nine months. I am not ready to proclaim after one slice that I like it more than the fresh mozzarella slices at My Little Pizzeria, but if I were to have a few more, it would not surprise me if this indeed turns out to be my favorite pizza in the area. 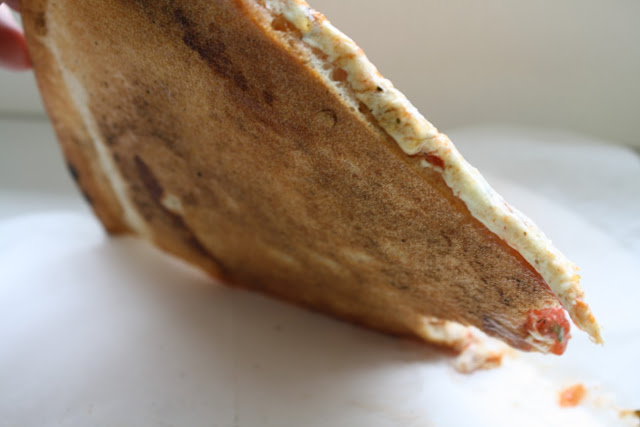 The crust was a little too crispy to be foldable, but I love crisp slices, so this didn't bother me one bit.

Not Ray's Pizza is at least two miles away from me, so it won't become a regular destination, but I'm sure I'll return to try another slice at some point. It may not linger in my memory like that slice from Ray's a decade ago that had the benefit of being first, but I bet the slice from Not Ray's was actually better.
Posted by JustinM at 10:00 AM

This story was a nice way to start my Friday at work!

Your posts are especially nice when accompanied by a story. The pizza looks wonderful!

read your blog every day :)