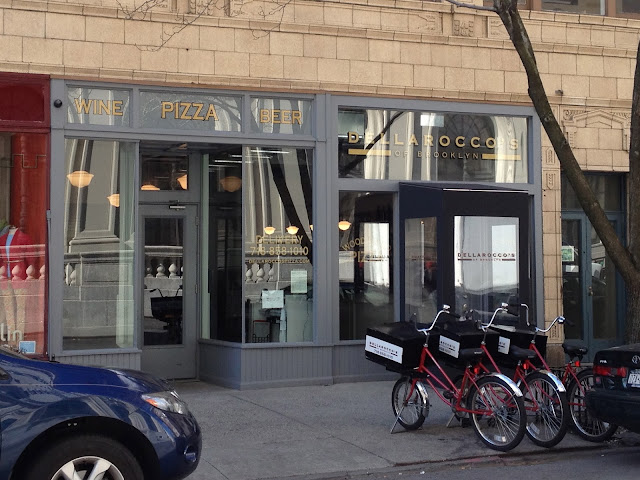 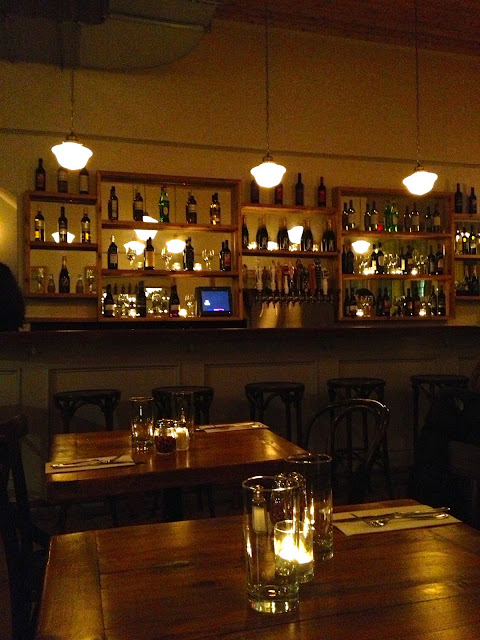 We were out for a few beers and had planned to visit Chip Shop for dinner. Since I've written about it before, I didn't bring my camera to take any pictures. But the place was packed; apparently other people wanted warm fish & chips on a cold night. We were both hungry, though, and I didn't want to wait for a table. I suggested we try Dellarocco's. I ended up using my phone to take all the pictures, so they're not very high-quality, but hopefully you'll get the point.

Dellarocco's opened last summer just a few hundred feet away from us, but we never went. There are several places in the area to sit down and have a pizza dinner, but there are quite a few places with pizza-by-the-slice - food just as good at a fraction of the price and requiring a lot less effort. 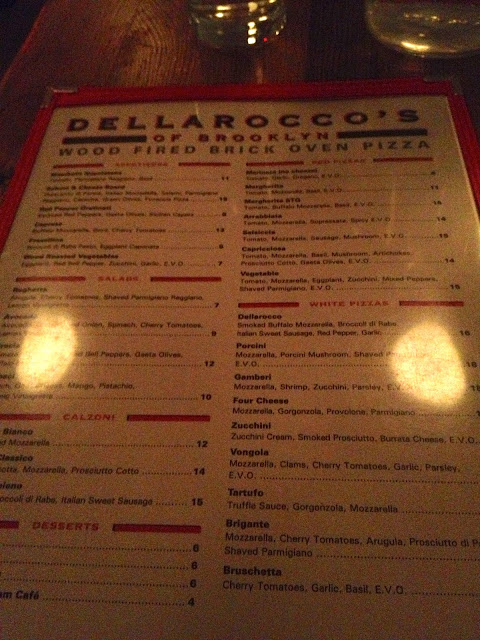 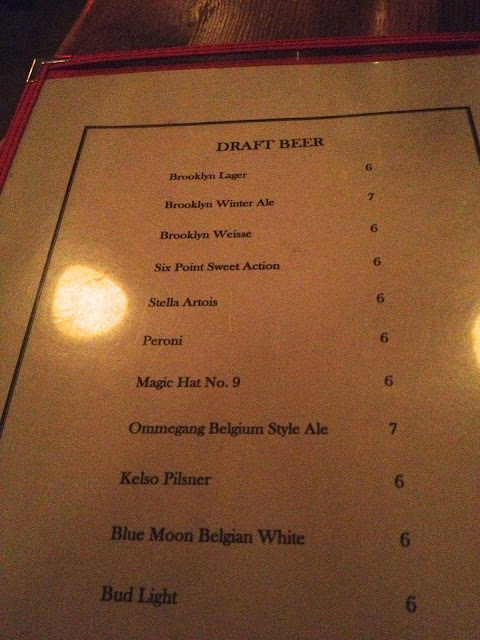 Most of the menu is pizza, with a few appetizers, calzones, and salads throw in. 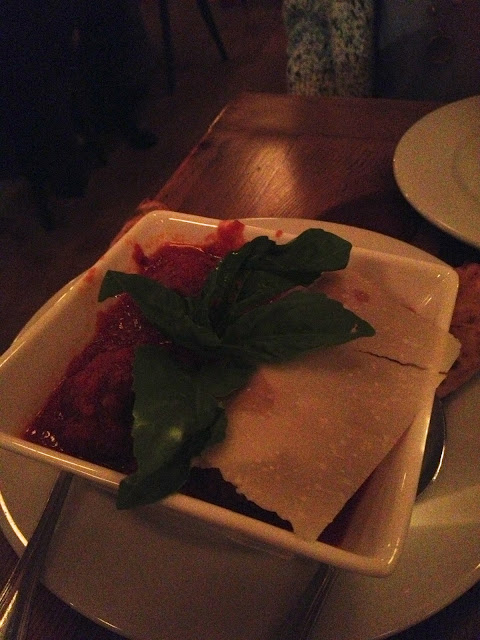 I suggested we start with meatballs. We received them in less than 30 seconds. No exaggeration. 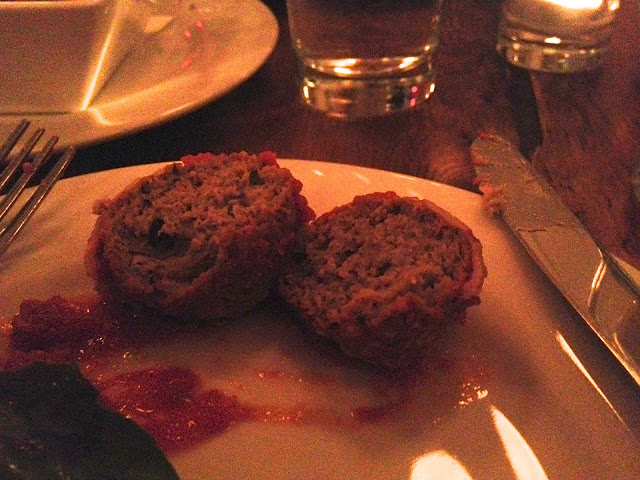 I liked them. That's not really saying much, though, as I like almost all meatballs. Elizabeth is a much tougher judge, as people in her family (specifically her dad) make great meatballs from her grandmother's recipe. (I've had them and consider them one of the best homemade meatballs I have ever had - possibly the best.) She liked these, she just didn't like them as much as I did. 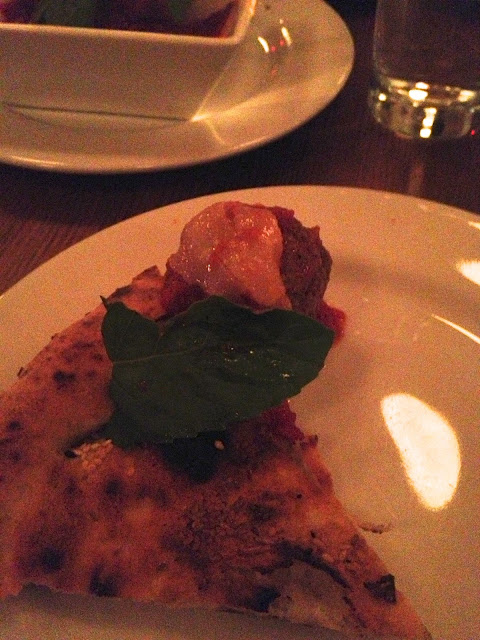 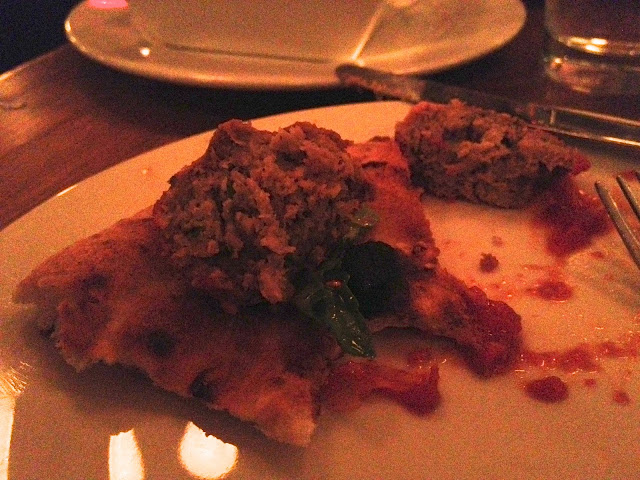 I loved the wedge of bread that we each received with the meatballs. The waitress said it was focaccia. I considered requesting another slice but, since I had a whole pizza coming, I figured I didn't need any more. 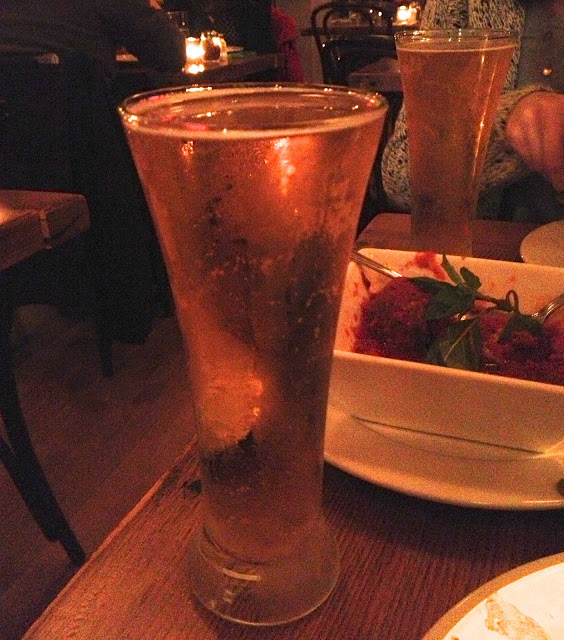 We each had a Peroni. And then I had a second. 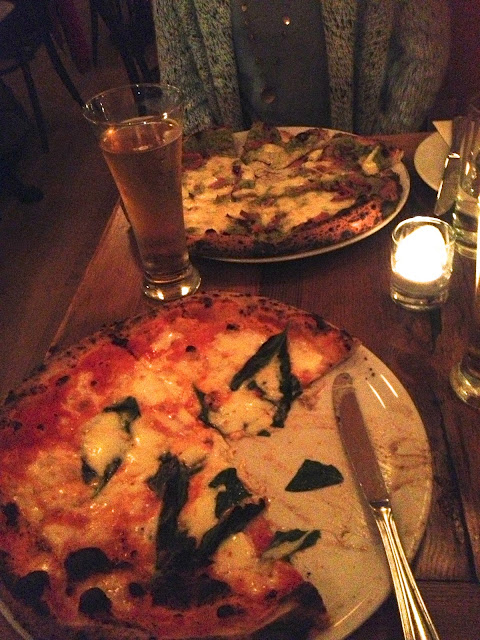 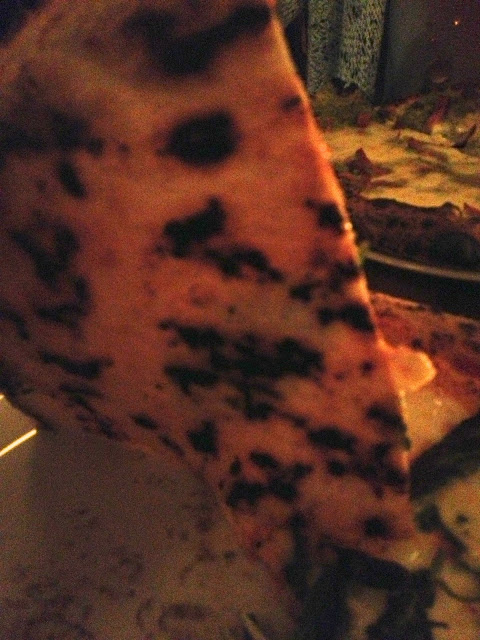 It didn't take very long for our pizzas to arrive, but then again the place wasn't very crowded. I don't know how long it takes when it's busy. I got the Margherita and Elizabeth the Zucchini.

Dellarocco's serves Neopolitan pizzas, and they do quite an authentic job, which means for the most part the crust is doughy, almost soggy. If you like your pizzas doughy (Elizabeth does), I think you will love this. If you prefer a firmer, crisper crust, you will still like the pizza, as I did, but it probably won't become your new favorite pizza joint. 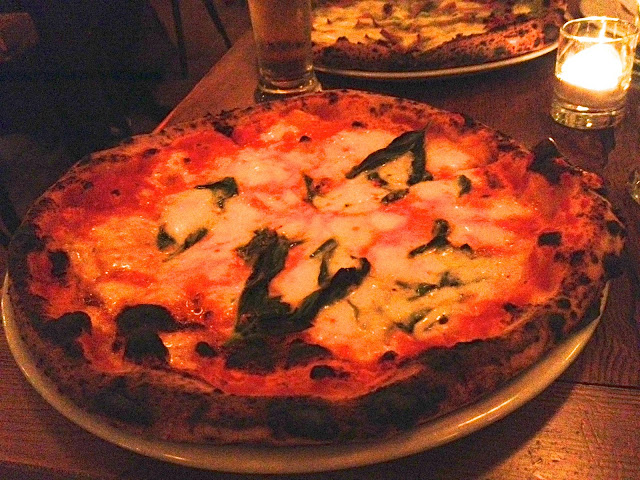 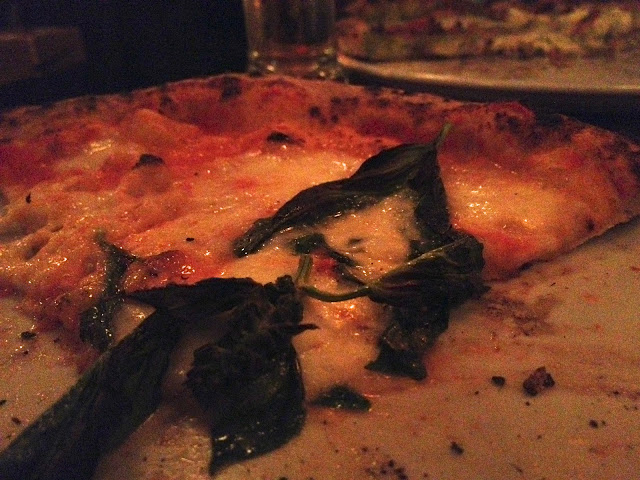 The flavors of the Margherita - tomato, mozzarella, basil and olive oil - were all quite good. I thought it would have been better with some garlic, too, but then again I say that about everything. 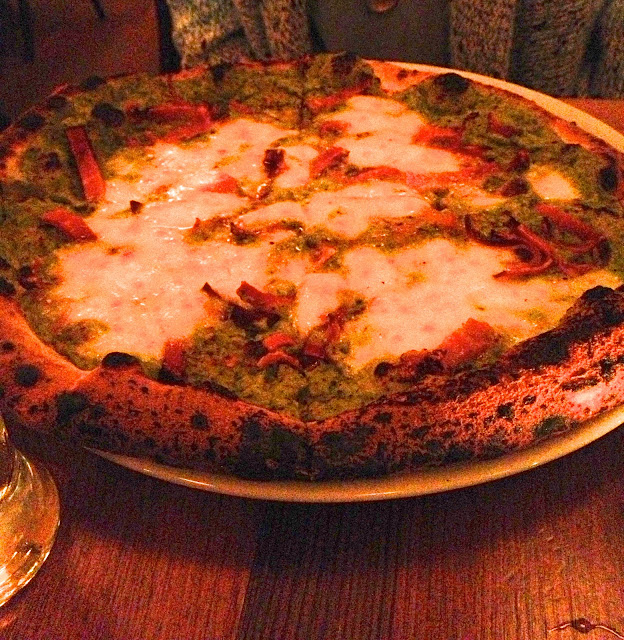 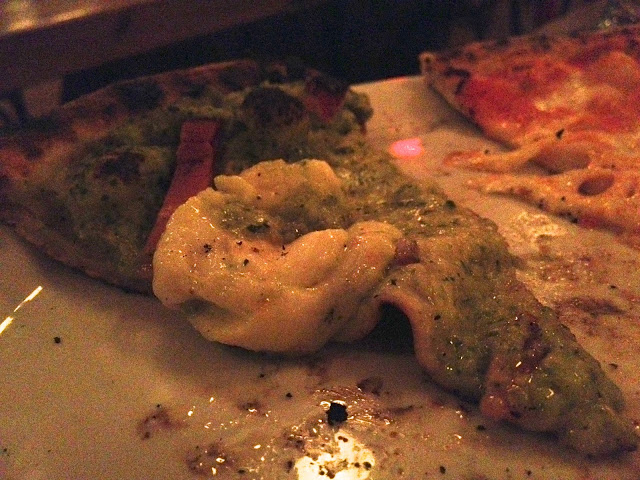 Elizabeth's Zucchini pizza, with zucchini cream, burrata, prosciutto and olive oil, was delicious. Better than my Margherita. She gave me a piece; I thought the pie would have been a little better without the salty prosciutto, but this was a minor complaint.

Back in Pasadena, it's possible Dellarocco's would have become a regular destination for us. But in a neighborhood with lots of pizza places, I don't know how frequently I will return... if at all. Just the night before we had dinner at My Little Pizzeria (we love pizza) and four slices, a half-dozen garlic knots and two drinks amounted to $14 - less than the price of one of these pizzas. Now, that's not exactly a fair comparison, as MLP and Dellarocco's are two completely different types of restaurants. But MLP serves the kind of slice I prefer and that's where I will continue to go when I want pizza.
Posted by JustinM at 10:00 AM

Bud Light gives me a headache before I finish the glass. I like Moretti when it comes to Italian beers, but Peroni will do.