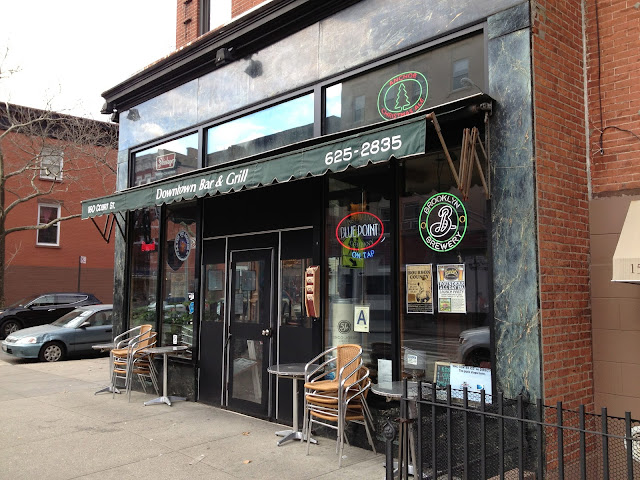 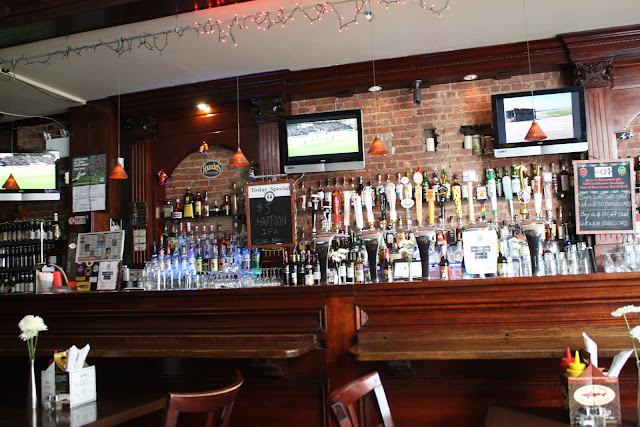 I was out for lunch with Elizabeth and her parents. We'd planned to go to Van Horn Sandwich Shop but we could barely get in the door, the place was so crowded. So we headed back up the street. Several other places sounded good but they were all crowded, too, and we were really hungry. Downtown Bar & Grill only had two tables occupied and instead of taking that as a warning we decided to duck in for lunch.


We sat there for several minutes before anyone approached us - our server was eating at a nearby table (one of the two occupied tables turned out to be staff) and didn't want to interact with us until she'd finished her lunch. 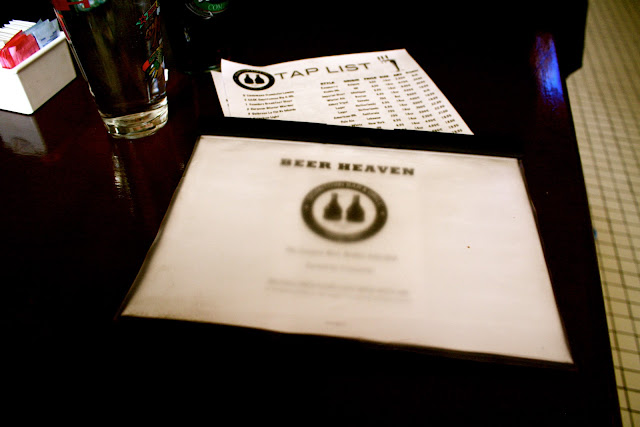 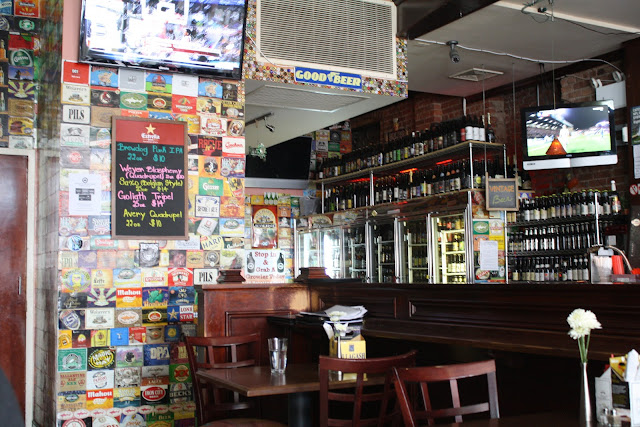 The beer list is huge, one of the largest I have seen, and the coolers in the back were filled with beers. I saw many I like but I opted not to get a beer on this day. 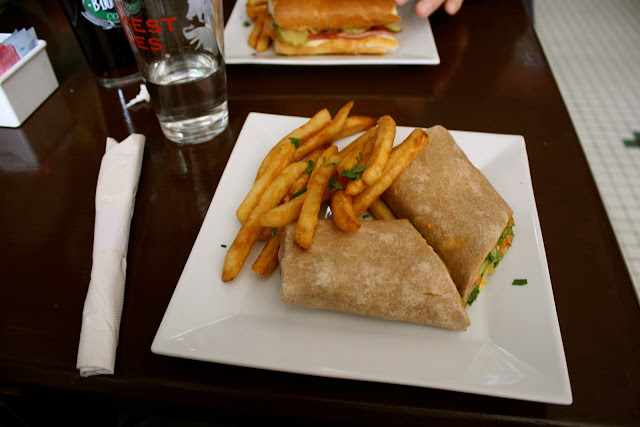 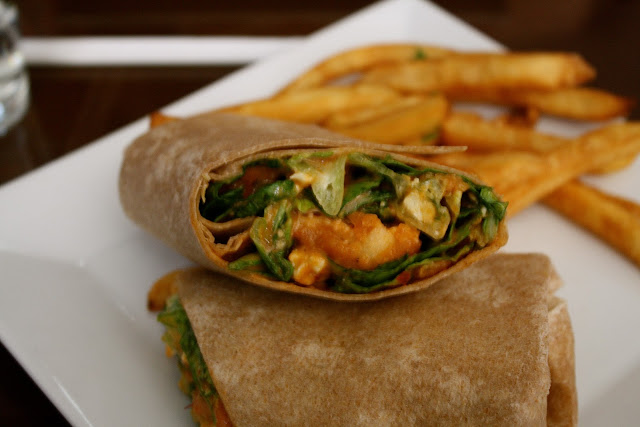 I selected the buffalo chicken wrap. Even though I am used to the prices around here, I was still surprised when it arrived: this thing was $16. I was expecting a little more than a small tortilla with a few pieces of fried chicken, sauce, and lettuce inside and less than a handful of lukewarm fries. It tasted fine, pretty much exactly what you'd expect, though I admit the buffalo sauce was delicious, one of the best I have ever had. ("We make it here," the waitress told me, "and it's very popular.")

I didn't take photos of anyone else's food. There wasn't any need. Rick had a Cuban sandwich that he ate but said nothing in praise of. (It looked like the driest Cuban sandwich I have ever seen.) Kathy had a Caesar salad. Elizabeth had fish & chips that I tried; they were basically small pieces of white fish encased the the single crispiest batter I have ever encountered. (It was literally not possible to cut into it with a fork.)

The food at Downtown Bar & Grill reminded me of Denny's cuisine at three times the price. Our waitress was friendly when she finally finished her food and approached us, but at one point I asked the bartender if I could get change for a twenty (to leave a tip) and she wordlessly grabbed my bill and then threw the change on the bar.

There are plenty of places in Cobble Hill where the prices are cheaper and the food and service is better. We should have just waited at Van Horn.
Posted by JustinM at 10:00 AM

So many of my dining out experiences seem to end on that note. "Why didn't we just wait at the place we wanted to go?"

Michelle - I guess my trip wasn't an aberration.

JJD - When I was younger I used to get in horrible moods when I was hungry. I've gotten better as I've gotten older, but I just couldn't handle the wait at Van Horn on that day. I needed food immediately.