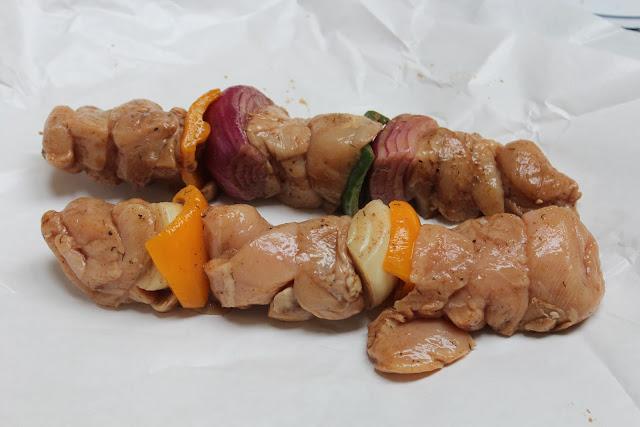 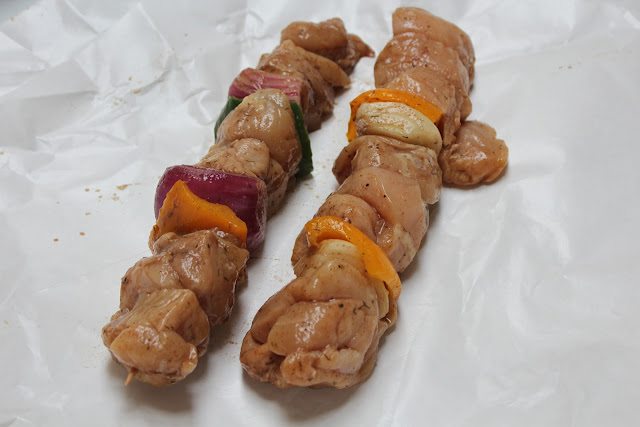 If we don't count people, the thing I miss the most about living in Brooklyn is no longer having a yard and, more specifically, a grill. So while in Southern California I've been grilling plenty. The other day I picked up two chicken kabobs at Taylor's in Sierra Madre: chunks of chicken and veggies soaked in their "St. Augustine" marinade of white wine, citrus, and a couple other things. 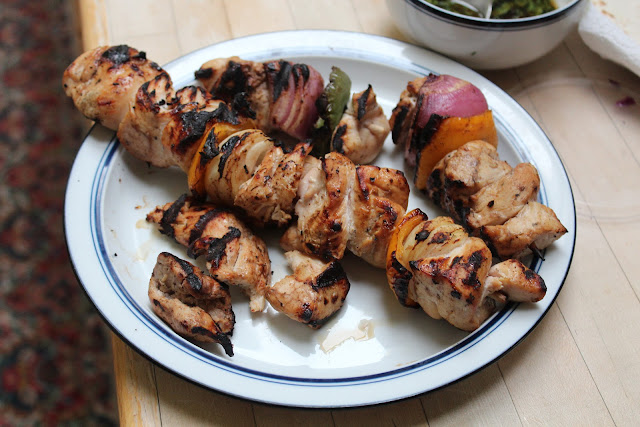 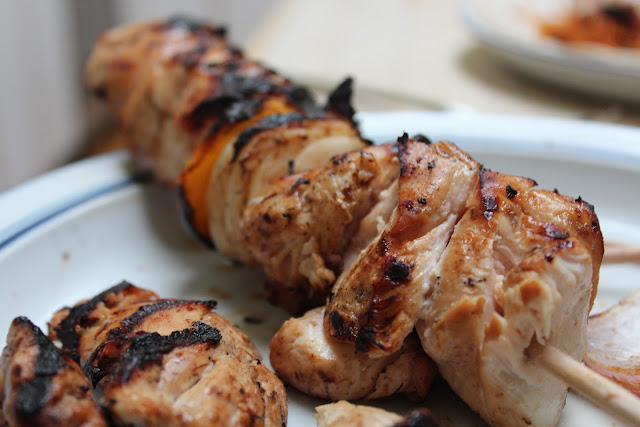 After searing them for a minute on each side, I grilled them over a lower, indirect heat for about twenty minutes. 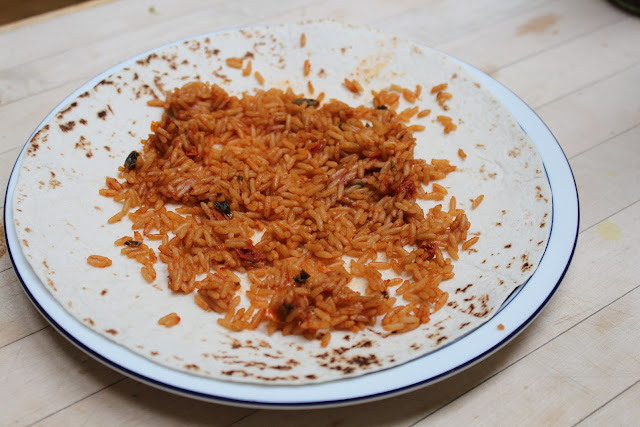 I cooked some Spanish rice and spread it out on a tortilla. 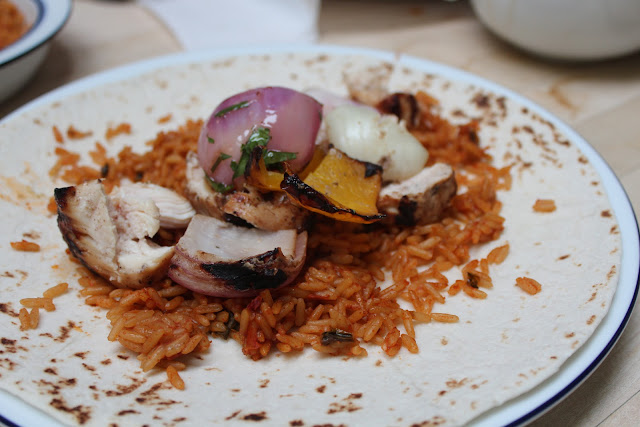 Then added the chicken and veggies. 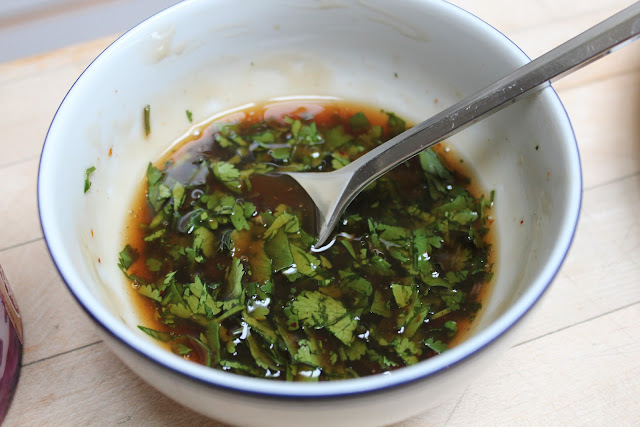 I mixed up a sauce of orange marmalade, rice vinegar, a splash of Worcestershire sauce and fresh chopped cilantro. 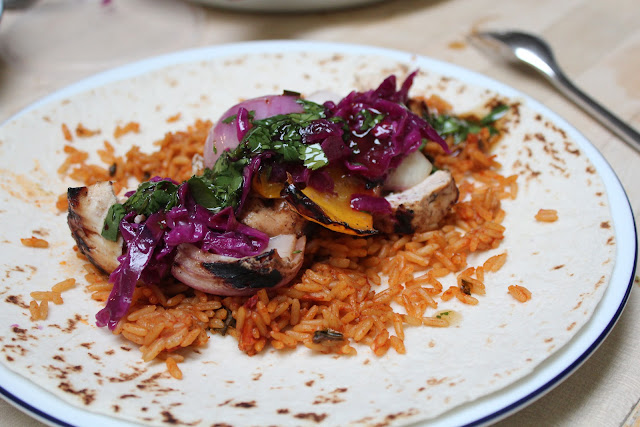 Some red cabbage salad and a ladling of the sauce went onto the chicken. 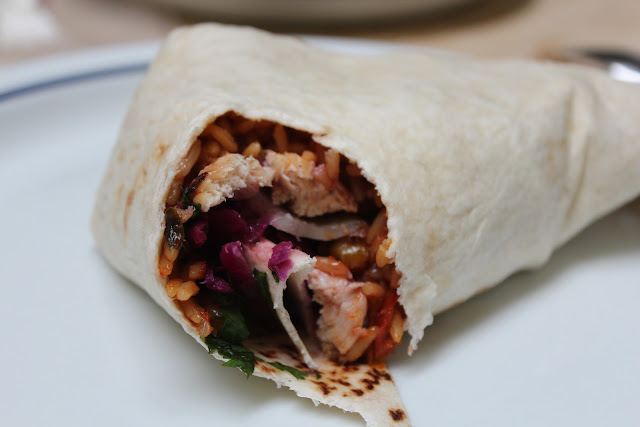 It was delicious, and probably tasted even better after the work I'd put into it.
Posted by JustinM at 2:20 PM