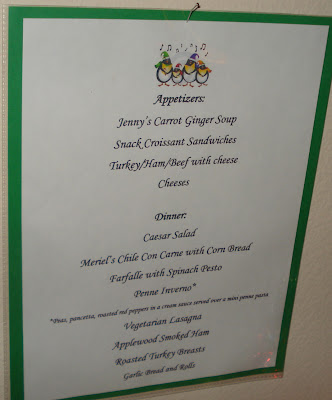 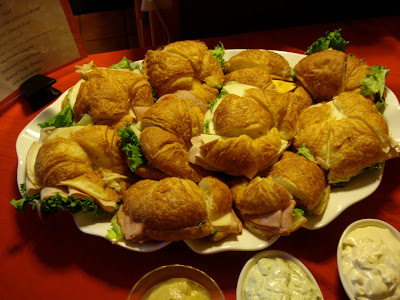 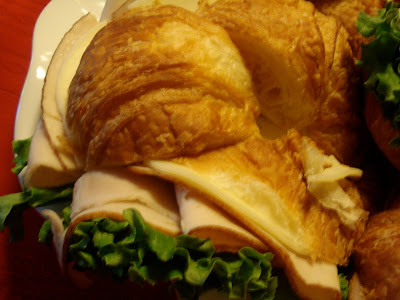 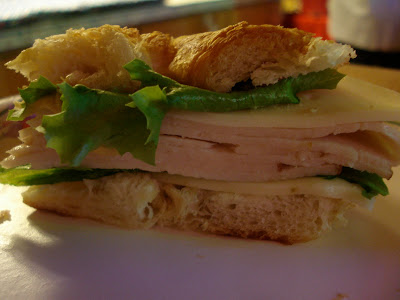 Last night I went over to my friend Zach's parents' house for their annual Christmas caroling party. For appetizers there were cheeses, chocolate-covered pretzels, and a tray of sandwiches. I helped my self to half a sandwich, slathered with mustard, and drank a few Amstel Lights while waiting for the caroling to begin. 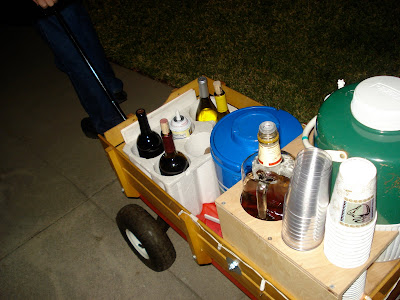 After having a snack we headed around the neighborhood with The Beer Wagon in tow. I wrote about the wagon last year, but I will touch on it again: for years, before caroling we would stuff our pockets with beers and flasks of whiskey to brace ourselves for the bone-chilling high 60s temperatures. Then, a few year ago, Zach and I saw an ad for a wagon on sale at Harbor Freight Tools. The first year we just dumped a bunch of ice and beer in the wagon and pulled it around the neighborhood with us. As you can see, it has evolved over the years and now carries wine and rum and hot cider. In fact The Beer Wagon had everything this year except.... beer. So I walked around caroling with beers in my pocket, just like I did a decade ago. Nothing lasts forever. 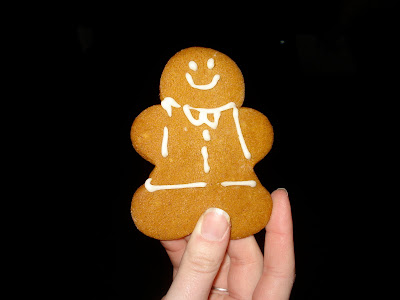 At one house the people gave us cookies after we sang. This is my friend Regan holding up a cookie. I did not have one. 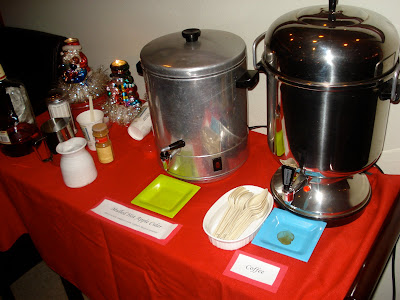 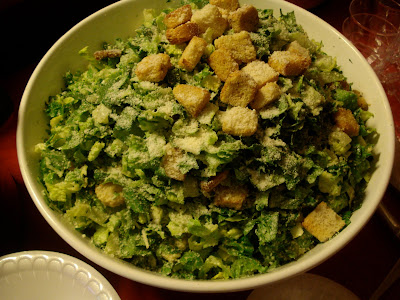 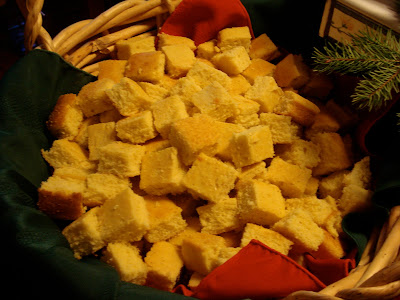 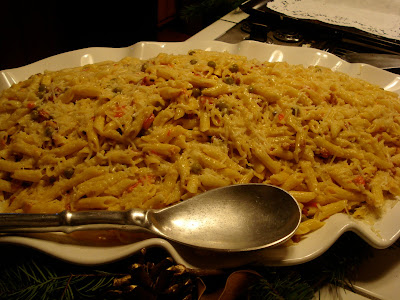 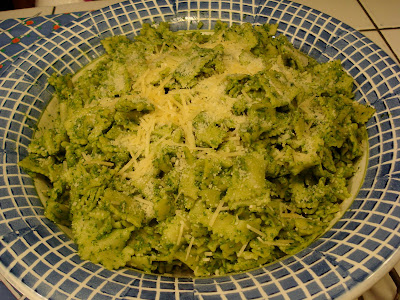 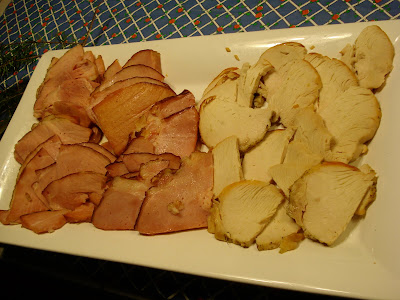 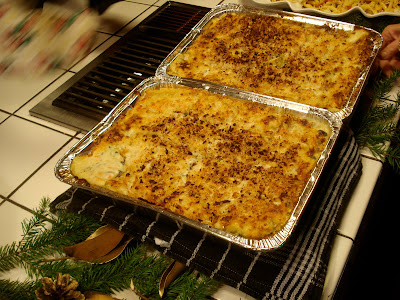 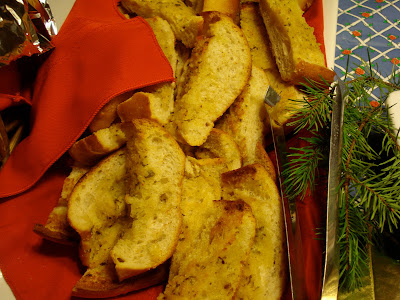 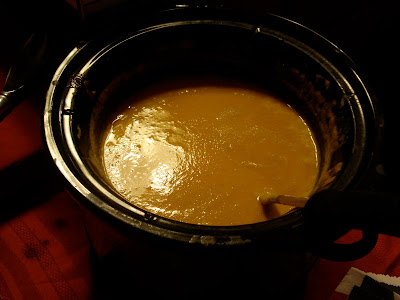 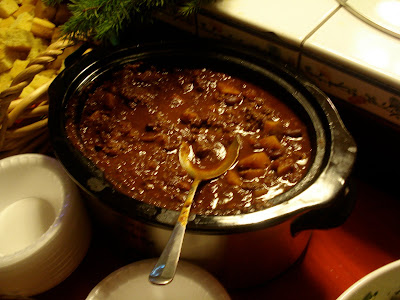 After caroling, back at the house, I took pictures of the food sitting out for us in the buffet line: Caesar salad, corn bread, penne, farfalle, smoked ham and turkey, vegetarian lasagna, carrot and ginger soup, garlic bread, and chili con carne. 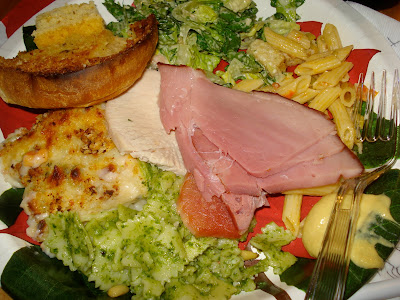 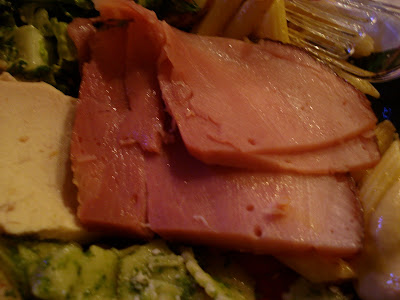 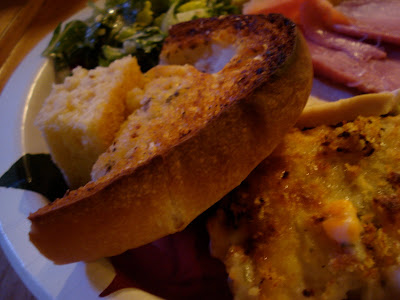 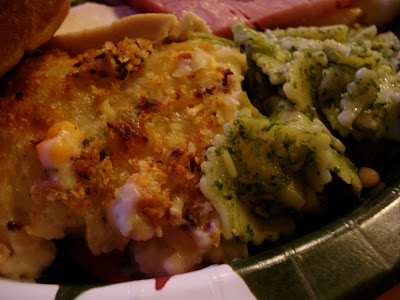 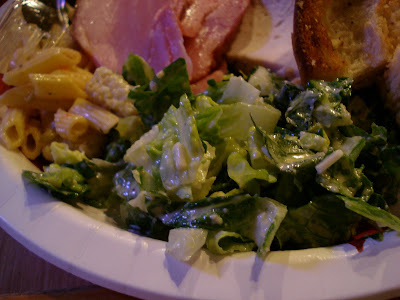 I made myself a big plate, I'm not ashamed to say. Everyone was raving about the soup but I wasn't in the mood, so I didn't have any of that. And the chili had beans in it so I didn't have any of that, either, although it looked awesome. My favorite of the things were the turkey, penne, and vegetarian lasagna. (I said this to Zach and he admitted the lasagna was the only thing that wasn't homemade; it was Stouffer's.) It was a great night and I look forward to doing this again next year.
Posted by JustinM at 11:59 AM

I just wanted to let you know that I adore your blog. I discovered it through an online forum a few months ago, and it quickly became one of my favorites.

I even thought of it after Thanksgiving this year when I was deciding what to do with my leftovers. I ended up shredding most of the remaining turkey and reheating it in the oven with some Jack Daniels barbecue sauce. It was fantastic.

You are very welcome.

I gotta remember this Christmas caroling event for next year!! There's just something about it that appeals to me.