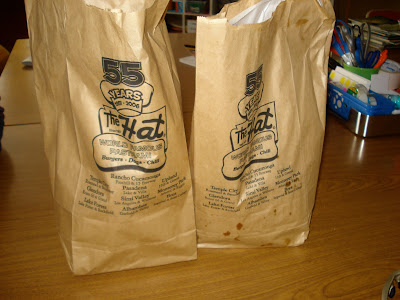 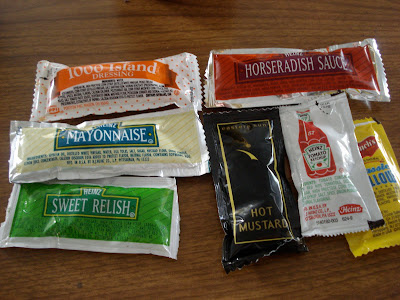 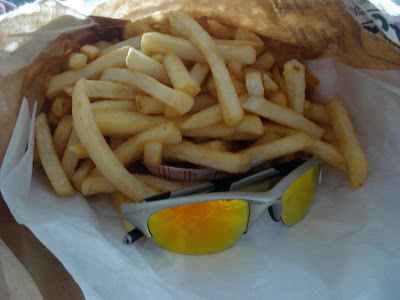 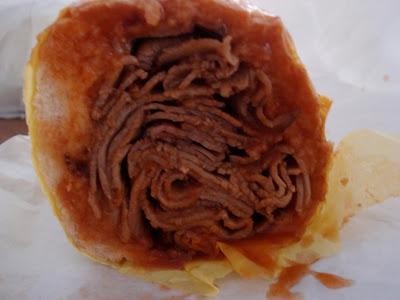 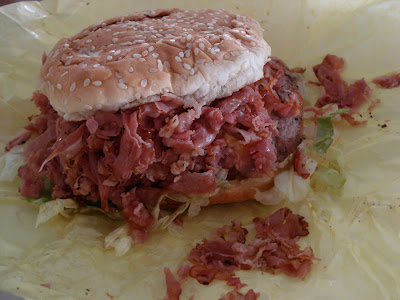 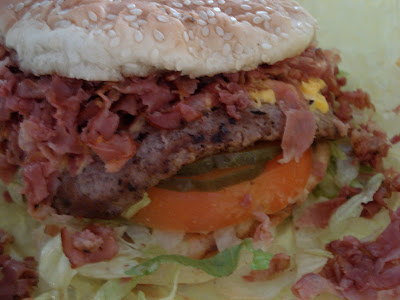 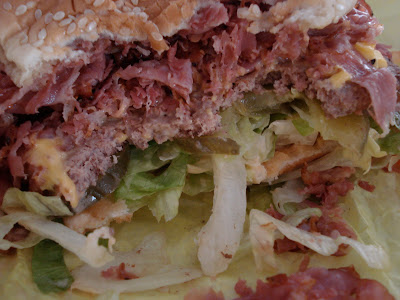 I woke up a couple days ago, and for the first day in ten weeks, I didn't have anything major to do. It was a nice feeling. My mom asked me if I would help her put something together at her work - which she warned me I would hate, and I did - so I decided to get The Hat for lunch, as it is only about 100 yards away.
It's been years since I have eaten at The Hat. I did not remember much about it, other than the massive portion of fries you get. This was about a quarter after noon and the place was packed, but they had two lines open and it moved pretty quickly. (Back in July, when I ate chili fries all week, I went into The Hat and stood in line for ten minutes, then left when it did not move one inch.) I was vacillating between getting a chili cheeseburger or a pastrami dip. I'd actually expected to have a few minutes in line to decide, but in less than sixty seconds it was my turn to order. I decided to get the pastrami burger. I ordered my mom a barbecue beef dip sandwich and got a large order of fries for us to share.
I grabbed a few packets of condiments - they have a nice selection - while waiting for my food, which was ready in about seven minutes. It was handed to me in two bags, which I didn't expect. They weighed several pounds, another surprise. Back at my mom's office I put the food on a table. The order of fries was even larger than I remembered. (I put my sunglasses in the bag just to give some perspective. The fries towered more than half a foot high.) They weren't particularly good - they were the same bland fries you get at lots of places. And, like almost all the rest of those places, these did not spend enough time in the fryer. Despite the two of us sharing the fries, we weren't even able to eat half of the order.
I'd been expecting the barbecue beef sandwich to be fatty. It was not, not one bit. I took a couple bites and really liked it. My pastrami burger was great, perhaps the best I have ever had. The pastrami was neither too salty nor too fatty, which almost all fast food pastrami seems to be. The burger needed more pickles, so I added some relish to it. (I only ate about two-thirds of it at lunch. That evening I heated the rest in the oven and added several slices of spicy pickle to it.)
I was relatively certain I would like The Hat - it's been around for more than half a century and it always seems crowded - but I liked it even more than I expected to. Although the fries were bland, next time I will get chili cheese fries or perhaps The Hat's famous "wet fries" with gravy.
Posted by JustinM at 11:52 AM

I like the hat for certain things. I think I'm overdue to try the hat on again. How many years are you gonna wait til your next visit?

And, like almost all the rest of those places, these(fries) did not spend enough time in the fryer.
You can say that again! Fast food places unfortunately usually cook their fries too fast.

Yep, they either undercook them, or don't cook them to order (and leave them sitting in a tray under a heat lamp in an ocean of salt until they're ordered)