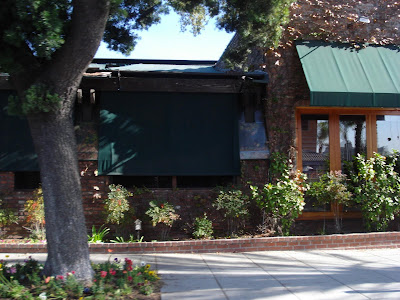 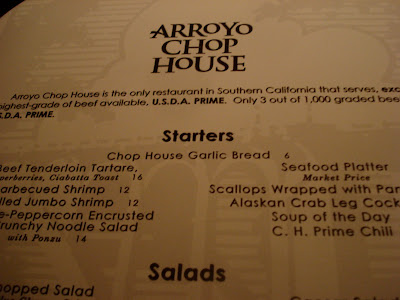 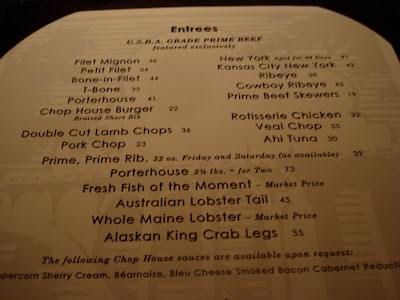 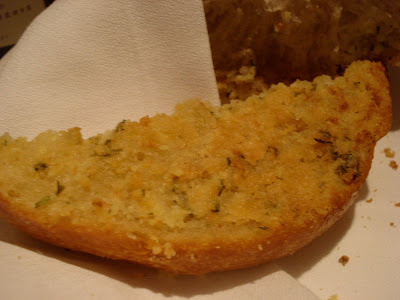 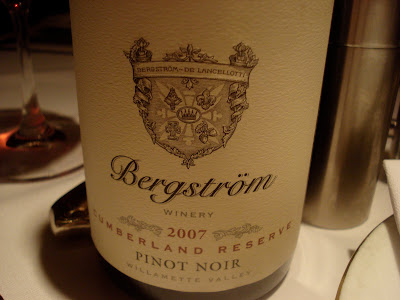 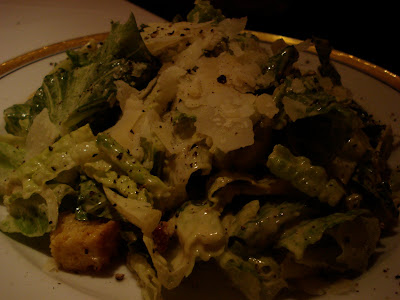 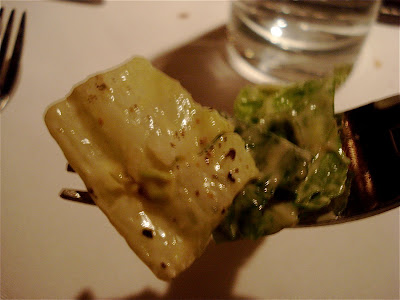 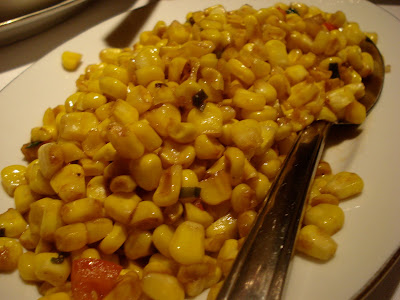 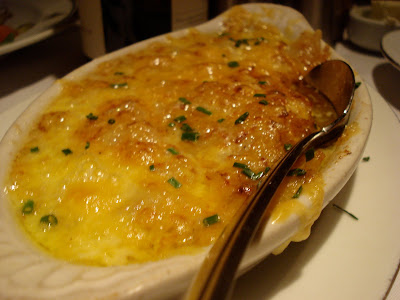 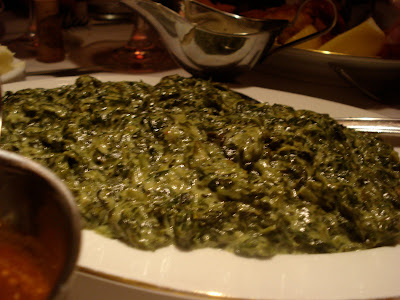 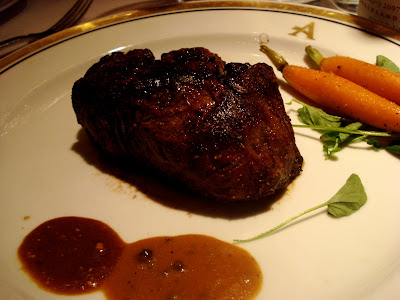 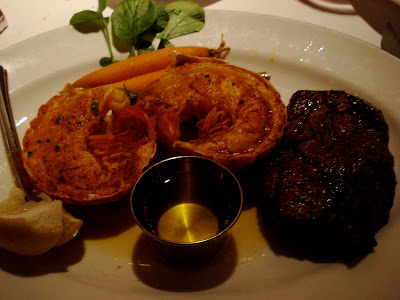 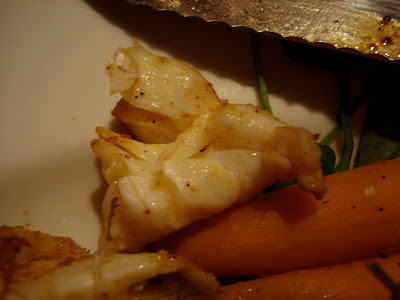 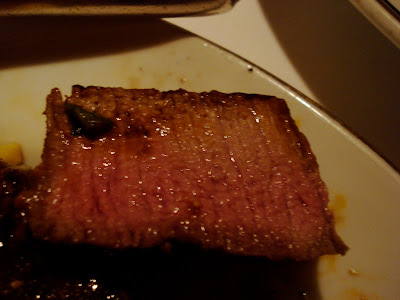 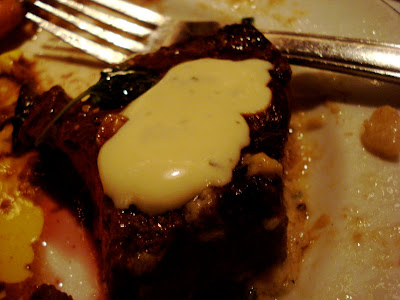 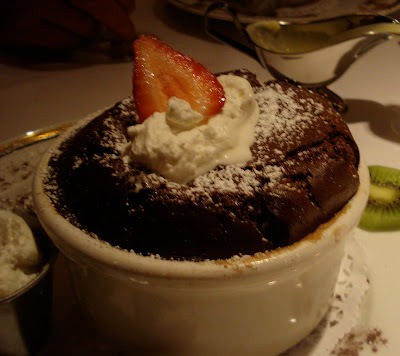 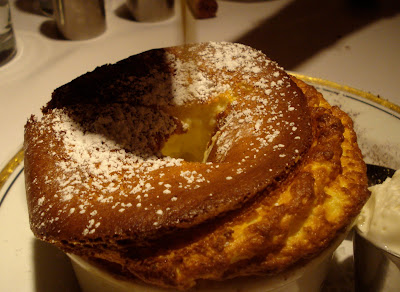 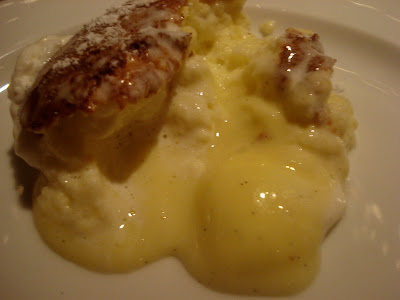 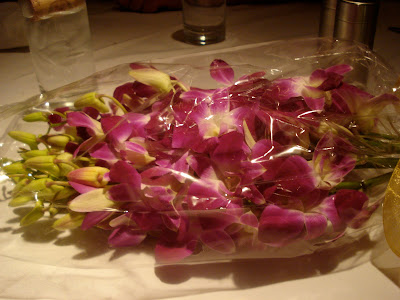 One evening, in my misspent youth, I sat in a strip club on Bourbon Street, nursing a twelve dollar beer and watching Shaq score 61 points against the Clippers. Once the game was over and my attention turned away from the television, a girl came by and asked if I wanted to visit the "private room" with her for an hour.

"No, thanks," I said, without any hesitation.
"But it's only two hundred and fifty dollars an hour," she said, in a tone indicating she thought that was a good selling point.
"In that case... no."
"Well," she countered, "we have a half-hour special."
"How much is that?"
"One hundred seventy five dollars."
"How is that a special?"
"Umm... It just is."
-
I thought of that conversation the other night at the Chop House. We'll come back to that in a minute.
-
My parents got married on November 24th, 1971. (Admittedly, going from a strip club anecdote to my parents' wedding is one of the more bizarre transitions I have ever written.) That happened to be the day before Thanksgiving, so they have never celebrated on the 24th, they always celebrate the day before Thanksgiving, whatever the date may be. For the last ten years, my brother and I have gone out to dinner with them somewhere in Pasadena on Thanksgiving Eve.
At the beginning of the decade we went to P.F. Chang's a couple times, and I never argued, until I started eating at Chinese restaurants in San Gabriel and Monterey Park and realized P.F. Chang's is to good Chinese food as Lamar Odom is to James Worthy. The former is acceptable if you've never had any better, but anyone who has ever had real Chinese food made for Chinese customers (or remembers why Worthy got the nickname "Big Game James") will feel a little sick to their stomach when they eat Chang's grease-bomb entrees (or watch Odom brick layups because he is scared of contact.)
Then we went to Tokyo Wako for a couple years before deciding to change restaurants from year to year. Two years ago we went to Gale's. Last year we went to Yujean Kang's. This year, for a variety of reasons, we selected the Arroyo Chop House.
-
It had been several years since I had eaten at the Chop House. I view it like I do every other Smith Brothers restaurant: a good restaurant with the attitude and prices you would expect to find at a great restaurant. I admit I am too young to remember when the Parkway Grill opened in the 80s, but every time I have paid for a meal at one of their restaurants - or been told condescendingly by a host or hostess in a half-empty dining room that I "should have made a reservation" - I wonder where exactly the hubris comes from. Don't get me wrong, I like their restaurants and I eat at one of them at least once every few months, but I do not love any of them and I get the feeling that I am missing something.
It was almost empty when we walked in. This is not a dig at the Chop House; every restaurant we have ever gone to on the night before Thanksgiving has been like this. (Two years ago at Gale's, there were three other tables occupied, the least amount of customers I have ever seen there by a couple dozen.) We got some bread, my brother requested the garlic bread, and my dad ordered a bottle of Bergstrom Pinot Noir, from Oregon's Willamette Valley. I have never been a big Pinot drinker - I much prefer heartier Cabs or Temperanillos - but this was an exceptional wine. It was the best Pinot I have had. We had more than one bottle.
We decided not to get appetizers but to get a few sides for the table to share. Elizabeth ordered a Caesar salad and I had some of it. It was great. Not as good as the tableside Caesar that Club 41 used to make more than half a decade ago, but still one of the best I have ever had in Pasadena. For our entrees, my dad ordered the porterhouse (it was too dark where he was sitting to get a decent picture), my brother ordered the filet mignon, and Elizabeth ordered the petit filet. My mom and I both ordered the surf and turf special that the waiter told us about - a petit filet and a Pacific lobster tail.
For our side dishes, we ordered the caramelized sweet corn - something my brother said the Chop House is known for - and scalloped potatoes and creamed spinach. Unfortunately, they were all disappointing. The creamed spinach was my favorite of the bunch, but all three dishes were absolutely drowning in butter. I understand restaurants use butter a lot and I certainly like the taste of butter. But I also like the taste of whatever side dish I am ordering, and none of these dishes tasted like anything but butter. Sweet corn is one of my favorite things to eat in the entire world, and this corn had no flavor whatsoever, it was just a vehicle to eat more butter.

My entree was gorgeous looking when it arrived. My steak was the best steak I have had in many months. I had requested it medium-rare and it was perfectly cooked. The steak was buttery soft and did not require any condiment at all. (Which is a good thing; I tried the Bearnaise sauce - there is a picture of it on a piece of my steak - and did not care for it much. The other sauce I tried, the peppercorn sauce, was just bad.)
My Pacific (spiny) lobster was good. Pacific lobsters are more like large crawfish than lobsters. They aren't as good as Maine or Australian lobsters; they don't have that buttery, melt-on-your-tongue taste, but they are still very good when cooked properly.
For dessert my parents ordered a chocolate souffle and a Grand Marnier souffle. As I have written many times, I'm not much of a dessert eater, but I figured I might as well try some of the latter. So I did. I did not enjoy it. It wasn't terrible, and I guess I can see why people would love something like this, but the idea of eating something so rich and savory after such a great steak does not agree with me.
Now, back to that anecdote about the strip club. When the bill came it was pretty big, which of course we knew it was going to be, but the thing that blew us away is that my mom's and my surf and turf specials were seventy- five dollars each. Now, I did not get upset for several reasons. Most importantly, we did not ask how much the special was. I had assumed that if something was a "special" it would not be thirty dollars more than anything else on the menu, and if it was, I assumed the waiter would have said that. But you know what they say about assumptions. (I relayed this to my friend Murph later that evening and he laughed and said "Yeah, my dad always asks how much the specials are at the Chop House.")
But the thing that annoyed me is this - as I mentioned, it was a Pacific lobster tail, which is nowhere near as good as an Australian lobster tail. The Australian tail sells for 45 dollars on the menu. And the petit filet goes for 34 dollars. So, I could have ordered both entrees for 79 dollars - only four dollars more than the price of the "special" - and received a far superior lobster tail. Oh well. Both my mom and I agreed that we would not have ordered this special if we had known the price. (Which may well be why we weren't told.)
Regardless of that little issue, it was a very nice dinner. My parents both had a great time, and the waiter, overhearing that it was their anniversary, presented my mom with a bouquet of flowers. It may be another few years before I return to Arroyo Chop House. I may never return again. But it was a great time for the one occasion.
Posted by JustinM at 4:09 PM

I like New Zealand lobster tails even more, actually.

I don't think I've ever had a New Zealand lobster. I've had Australian tails many times and even cooked them myself on occasion, but the closest I've ever come to Kiwi lobster is a restaurant (whose name I won't give) that claimed they were serving "New Zealand lobster bisque" but were clearly doing some fancy wordplay there.)

Bummer on the too much butter! I usually like a lot of butter too. Creamed Spinach - love, love. Your steak did look beautiful!

It was a wonderful evening, as all evenings with my family are, spoiled only by the price of our entree. I have eaten at many expensive restaurants in my life, and in my opinion, no single entry is worth $75 -- especially when my sons cook as well as they do. Regardless, thank you for the wonderful time.

I haven't been to the Chop House since the Ruth's Chris opened in Pasadena.

I have never been to the Ruth's Chris in Pasadena. I have several friends who swear by The Palm downtown. I've only been there a couple times and I definitely liked it.

Did the Chop House replace the Velvet Turtle?