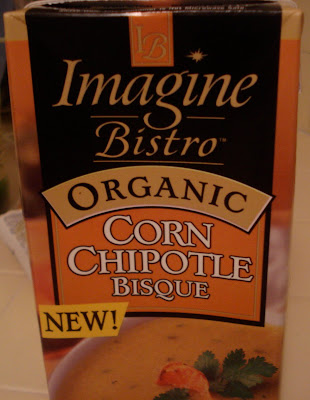 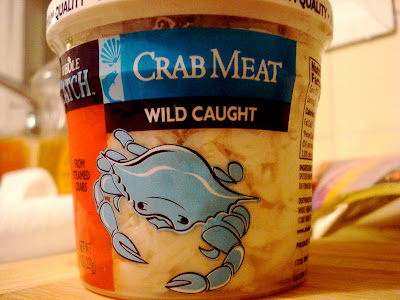 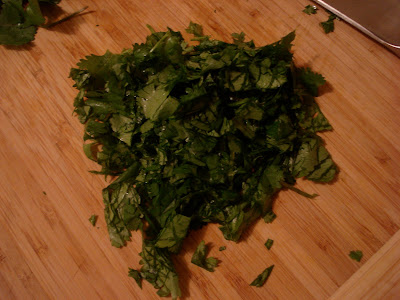 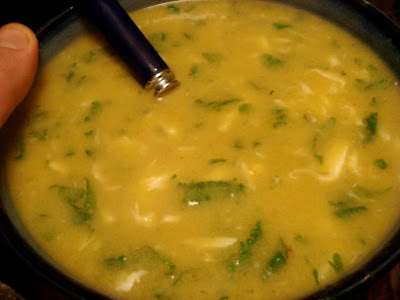 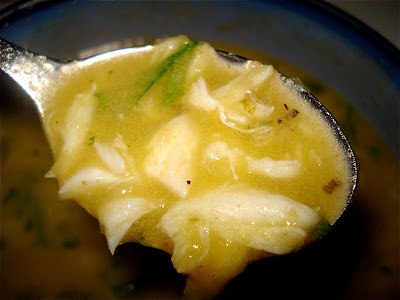 Somehow, Wednesday night has ended up as my favorite night of the week to watch television. UPN shows two hours of The Unit, which is probably one of my top 3 favorite shows ever. Dinner: Impossible is on Food Network, Man vs. Food is on Travel Channel, and now Steven Seagal: Lawman is setting a new bar for reality television. (Although, to be honest, I don't know if it's setting it low or high.) Throw into the mix last night an episode of Huell Howser on the California Zephyr and the Lakers-Jazz game, and it was definitely a night for making something simple and watching TV.
I had picked up a container of corn chipotle bisque the other day at the store, and that sounded good: something warm and a little spicy. I also decided to add some crab to it, so I got a container of lump crab meat from Whole Foods.
Crab bisque is something I've only come around to in the last couple years, but I love it now. This was simple to make: I heated the bisque in a pot for about eight minutes. While it was warming I chopped a handful of cilantro, then added it and the crabmeat to the bisque and stirred it for half a minute.
It was delicious, but a little too sweet. I added a few drops of Louisiana hot sauce and ground up some black pepper, and that made it better. Next time - and I will definitely make this again - I think I will dice up a jalapeno or puree a chipotle and add it to the bisque for even more spice.

That sounds totally delish! I love Crab Bisque - in fact I have to finish the Lobster Bisque in my fridge today!

Sounds pretty amazing. I made a great cream of wild mushroom soup the other night, I think I need to move on to a crab bisque.

If I can do it, you can definitely do it.