The Bar at North Woods Inn 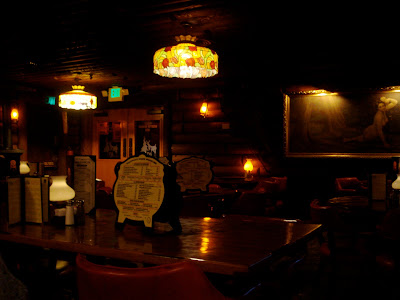 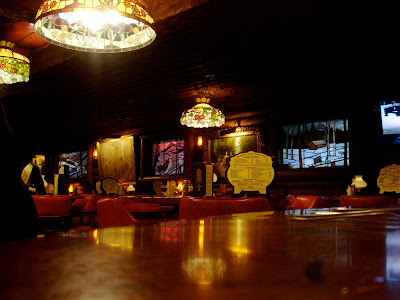 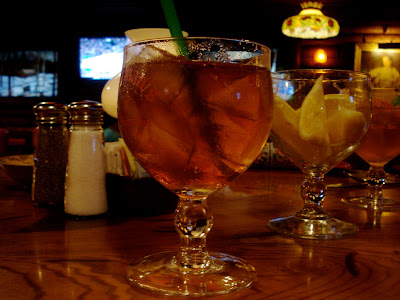 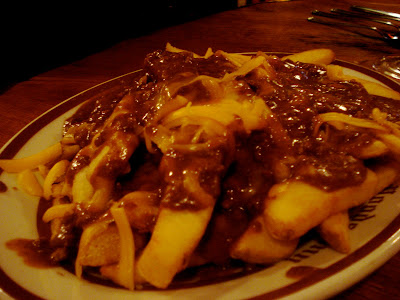 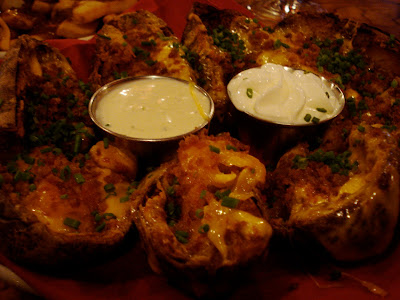 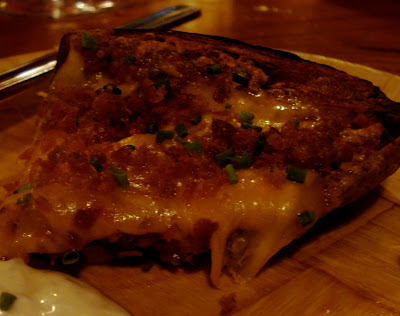 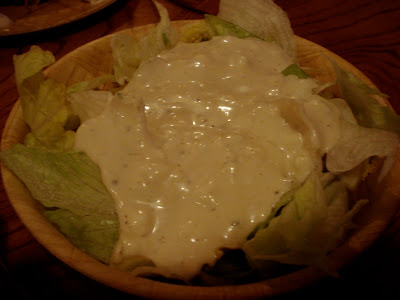 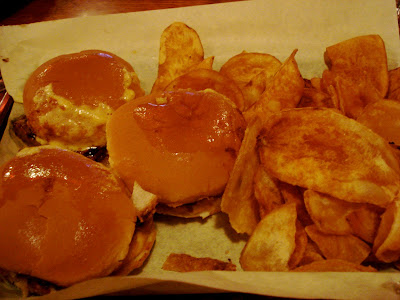 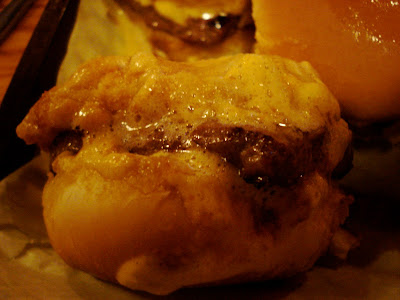 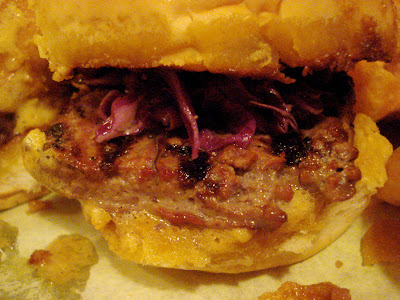 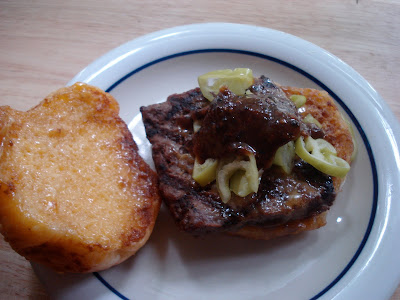 It was fun being back in the bar at North Woods, but to be honest, I don't see myself ever returning. The food wasn't anything special, and the atmosphere I remembered from my childhood is gone. I don't know if it's because of the flatscreen TVs or the fact that I can't suspend disbelief like I used to (no matter how neat it looks inside, I'm still aware there is not a wild frontier outside the front door, but rather a traffic-choked boulevard). But overall the experience was lacking the enjoyment I expected. From now on my cheese bread and burger cravings will be fulfilled by The Boat next door.
Posted by JustinM at 8:26 AM

After many lunches at The Northwoods in La Mirada near my office, and after trying every bland and characterless choice on the menu,I decided that there was only one decent thing to order. That being the Steak Sandwich - grilled sirloin served open-faced on the cheese bread with a side of the red cabbage salad. It was always tasty and satisfying. That plus a Michelob Amber Bock did the job every time. I haven't tried the dish at the Pasadena location but figure it might be the best bet there as well.

Ah yes, the infamous "Wood Ranch Review"... Speaking of which, I'm told that they will be adding a pulled pork sammy to the menu in addition to 12 new micro-brew taps... If you ever get up the energy to make a return engagement to WR let me know and I'll see if I have any comp meal passes handy... love to see you review the new menu addition - of course I'll carefully read your review next time I show it to anyone, haha...

Yes, I will definitely try it again if they get a pulled pork sandwich, even without a comp. I only hope they don't drown it in their sauce - it's a nice tasting sauce, but it is absurdly sweet. It would not complement pork one bit.