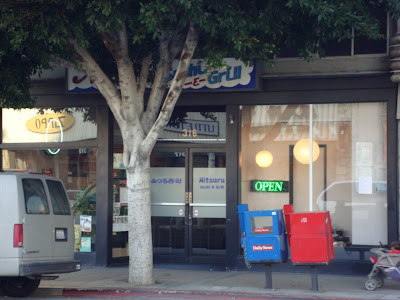 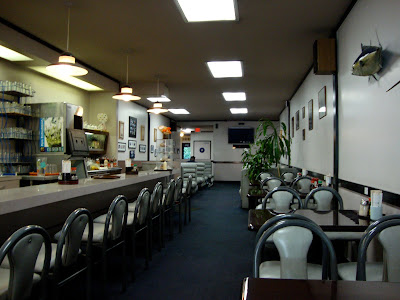 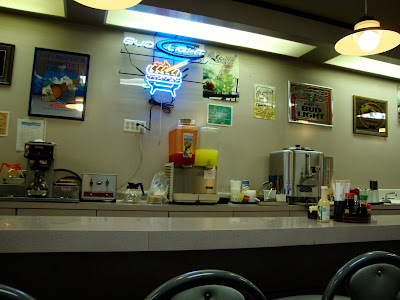 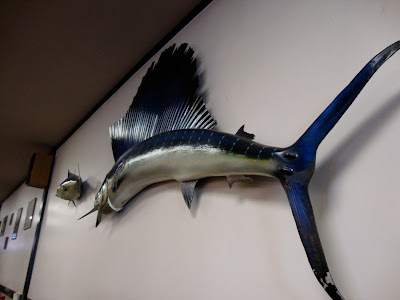 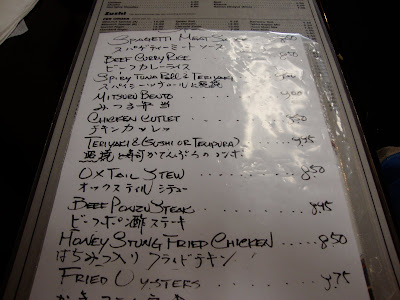 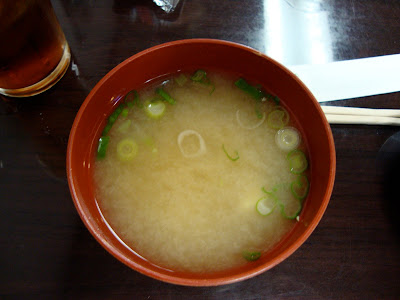 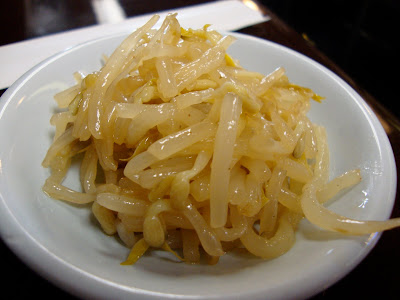 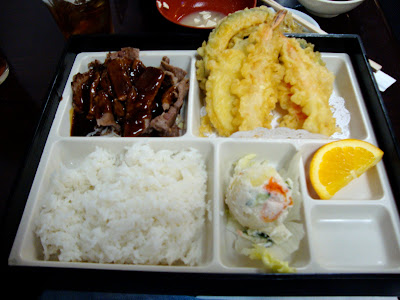 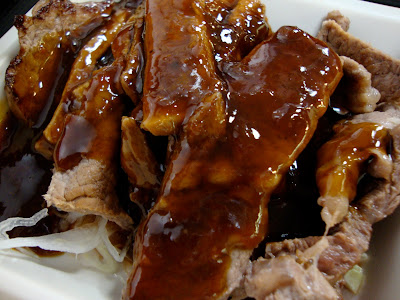 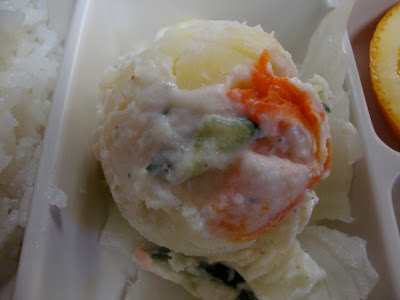 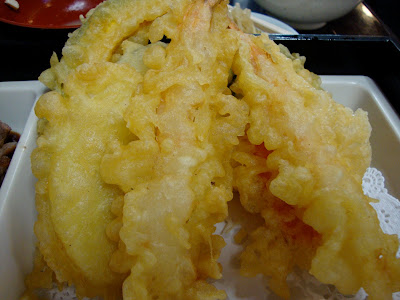 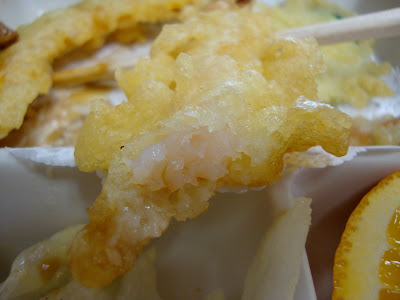 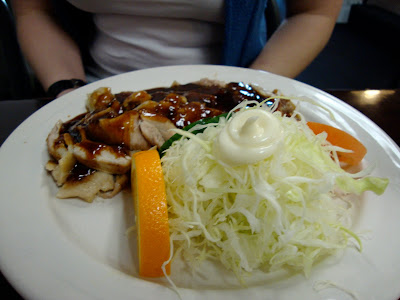 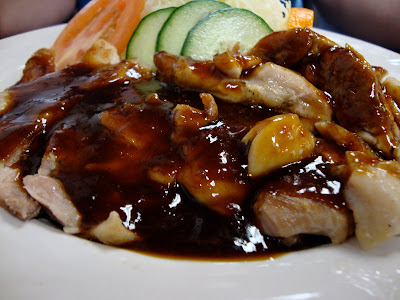 Elizabeth gives much better presents than I do. This is how things work. For Christmas I once gave her a guide book to Pasadena; she gave me a first edition of A Child's Christmas in Wales. One year for Valentine's Day she adopted an olive tree in Italy for me, as well as the oil that came from the tree. I think I gave her a used DVD of Captain Ron. Or maybe it was Hudson Hawk. I don't remember. You get the point.

For Valentine's Day this year she bought me a new camera. We picked it up on Saturday and I started thinking about places we could go for lunch so that I could not only take some inaugural food photos with my new camera but treat Elizabeth to a romantic lunch. We were on our way to Hooters when our friend Tracie sent a text that she would like to go down to Little Tokyo and buy some origami paper. She wanted to know if we felt like taking the train downtown with her. That sounded fun to us.

It was 80 degrees and sunny down in Little Tokyo. People were everywhere. This was after 2 PM, but several restaurants had long lines waiting outside. Orochon Ramen, the restaurant whose hellfire "#2 Challenge" was recently featured on Man vs. Food, had more than 30 people congregated outside. We ducked into a bizarre yet fascinating bookstore. While the ladies fawned over books about training cats to use the toilet, I read a few pages of a book detailing how to survive an alien invasion of Earth, before moving on to The Ninja Handbook, the subtitle of which is "This Book Looks Forward to Killing You Soon." These are not things you find in the rare book room at Powell's.

We stumbled down 1st Street trying to decide what to eat. We passed Mitsuru Sushi & Grill. Despite the fact that seemingly every restaurant within three blocks was full of people, there was only one table occupied here. Obviously, this was where we needed to eat. In the window were plates of food covered in cellophane. I do not remember the last time I ate in a restaurant with that kind of an advertisement. It's possible I never have. (I try to adhere to Charles Kuralt's maxim never to eat in a restaurant with pictures of food on the menu. Technically, having plates of food in the window does not violate the rule of the law, although probably the spirit.)

We took a table underneath a big fish. Mitsuru can only be described as a coffee shop that also sells Japanese food. "This is the best restaurant ever," Elizabeth remarked.

"Oh my God," Tracie said, "they have a Kool Aid machine. I'm getting some."

We were each given two menus: a handwritten page in a plastic sleeve listing several Japanese items, and a permanent, laminated menu, offering all the coffee shop classics: eggs, sausage, burgers, spaghetti and meatballs, etc. Elizabeth just wanted some sushi so she ordered a spicy tuna roll and a cucumber roll. Tracie opted for the teriyaki chicken and sushi. I decided on the teriyaki beef and tempura.

We were all given miso soup to start. It was good but not great. Tracie's food hit the table first, a pile of chicken glistening with a pool of sticky teriyaki sauce. It did not look very good. My food came next, in a box with the beef, tempura, rice, and potato salad. My beef looked worse than Tracie's chicken. Elizabeth's sushi arrived after a few minutes. It looked like she had made the best call.

My tempura was very good. It was not any different from tempura I have had at dozens of other places, but that's not a bad thing. My beef, however, was terrible: dried out, flavorless beef tasting only of the much-too-sweet-and-salty sauce. I tried a piece of Tracie's chicken; it was also lousy. Maybe we should have gone to one of the restaurants that had, you know, customers, I thought to myself.

The sushi was good. The spicy tuna roll was indeed spicy and the cucumber roll actually had wasabi in it. I have not seen that before but I loved it. I took a piece and smeared some additional wasabi on it, which was met with a look of slight disdain from my dining companions. Maybe it was a little too spicy, but it was still good.

The meal can only be described (charitably) as average. Certainly I will never be back, for many reasons. Yet another present of mine that did not live up to what Elizabeth gave me. The three of us took the train back up to Pasadena, enjoying the rest of the afternoon. For dinner that evening we all had bread and cheese and wine. That was a much better meal.
Posted by JustinM at 11:28 AM

Well, the camera certainly works well.
There is apparently something to be said for the quantity of human population in a restaurant to be used as a barometer of its quality. But you got that already.

I liked this restaurant for the kitsch, not so much the food.

Now I am craving Spicy Tuna! Gahhhh - hungry at work!