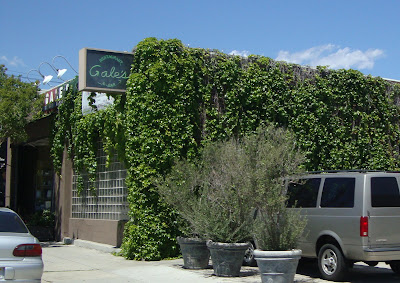 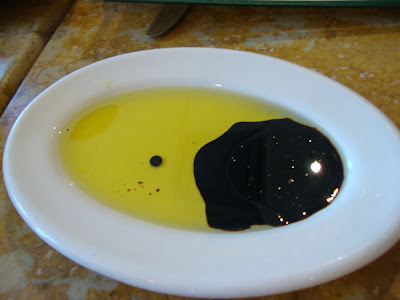 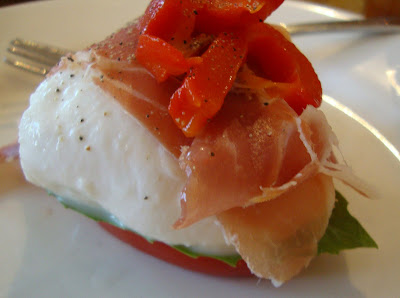 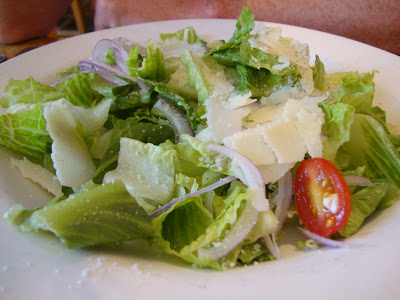 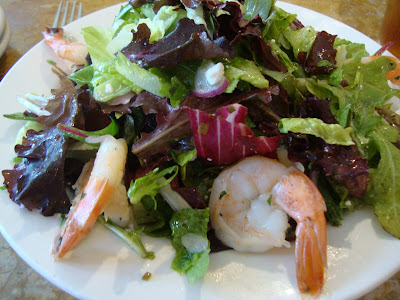 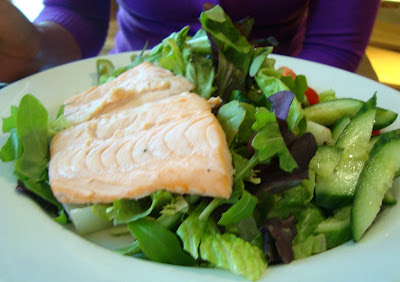 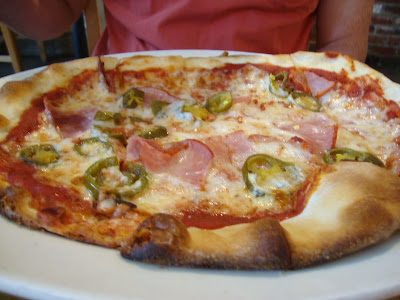 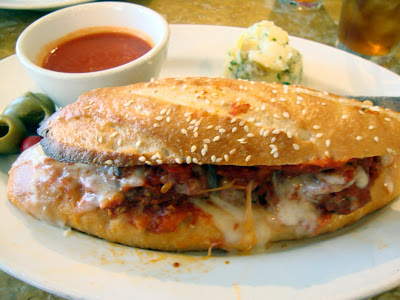 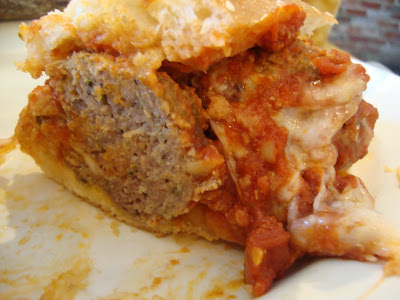 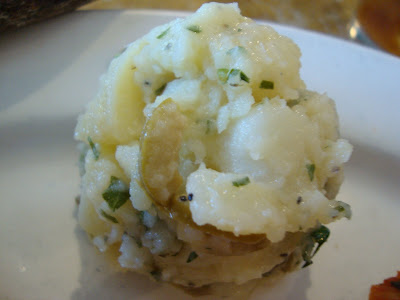 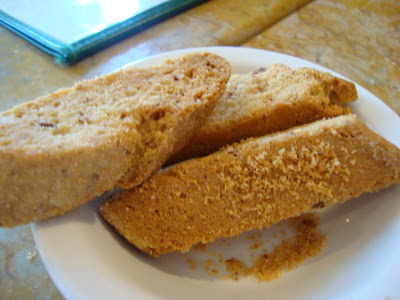 For years, Gale's has been one of my favorite restaurants in Pasadena. But you have to work for it. If you don't have a reservation (or even if you do, as you're about to see) you're going to wait longer than they tell you. The tables are crowded together closer than ideal and the noise level can get ridiculous. I once tried to get a couple glasses of wine at the bar for a friend and myself while waiting on a crowded night. I gave up after fifteen fruitless minutes.

But if you're in the mood and you can handle those things, the payoff is often remarkable. Not just the smells coming from the open kitchen or perhaps the Brunello di Montalcino on the table in front of you, but the perfect balance of crispness and pliability of the pizza (you did not know there was still pizza like this in Pasadena) and the carpaccio with shaved parmesan which, more often than not, is the best in town.

I don't make it to Gale's as much as I used to, and certainly not as much as I would like, but that's life. Every once in a while I crave one of their pizzas and a glass of red wine and I stop in, but in all the years of going there, I have only been for dinner. Over the weekend, Elizabeth and I joined our friends Dave and Min for lunch.

It was very crowded. I don't know why this surprised me. As I mentioned, I have never seen it not crowded. (Years ago, my friend Tracie and I were deciding where to go for dinner on a Sunday night. I thought we would have little problem getting a table at Gale's; it was 8:15, and again, it was Sunday. It was packed. Without exaggeration, it was as crowded as I have ever seen a Pasadena restaurant on a Sunday night, and we waited more than half an hour for a table.)

I had made a 1 PM reservation. We walked in at 12:55 and alerted them to our arrival. We were not seated for 20 minutes. This also did not surprise me. Despite the fact that service has always been excellent once I have been seated, they don't pay much attention until that happens. The overall service is not equal to the sum of its parts.

Since we had errands to do and our friends were going golfing after lunch, we stayed away from alcohol and only had iced teas. We were given their house bread (the picture I took of it isn't very good so I'm not including it, but imagine a rustic-looking bread that is perfectly soft inside) and their vinegar-and-olive-oil dip. Dave hates vinegar of any kind, but that's his loss: this balsamic is great. I told him he could have all the olive oil as long as he left me the vinegar, which was fine with him.

I started by ordering some burrata for the table. I didn't even ask anyone else if they wanted it; I was relatively certain. Gale's burrata is outstanding, served on a slice of tomato and leaf of basil and topped with prosciutto and roasted red peppers. Unlike some places in town that skimp on the size of the burrata, Gale's gives you a generous hunk, several bites worth that melt in your mouth. A joke was made about just ordering four plates of it for lunch, a joke that actually seemed like a pretty damn good idea once I'd devoured my piece.

But instead I ordered a meatball sandwich. Gale's sandwiches are only available on the lunch menu, so I'd never had one, and it sounded good: house-made meatballs with marinara and mozzarella. Elizabeth ordered a Mediterranean shrimp salad; Min ordered the salmon salad. Dave ordered a lunch special of an individual pizza and side salad, selecting the "spicy!" pizza: hot ham, pepperoni (which he opted not to get), and jalapeno. I'm not going to lie, I was considering changing my order to get a pizza as soon as he ordered that. But I have had their pizza many times and decided to try something new.

It did not take long for the food to arrive, especially considering how busy it was. (We waited much longer to be seated at our "reserved" table than we did to receive our food after ordering.) I was not impressed with Elizabeth's salad when it arrived: there were only a few shrimp scattered around a giant plate of greens. It looked good, but not worth the price. However, she gave me one of her shrimp and it was delicious. Sometimes it's easy to forget in America - especially in a town where Cheesecake Factory and Buca di Beppo thrive - that quantity isn't the same thing as quality, and that the latter is always preferable. This shrimp was a good reminder.

Min's salad had a big piece of salmon on it, which she really liked. Dave's pizza looked spectacular, as the pizzas here always do: crusty around the edges and generously topped. Yes, when it arrived, I wished I'd ordered a pizza instead.

But I cannot complain too much, because my sandwich was really good. The bread was the perfect ratio of hardness to softness - soft enough to not distract from the juiciness of the meatballs, which were delicious, but still firm enough to hold together and not disintegrate the sandwich into a plate of meatballs with globs of bread.

On the side was a large cup of marinara sauce, which was completely unnecessary. The sandwich already had plenty of sauce. There was also a scoop of homemade potato salad. When the server told me that would accompany the sandwich, I was curious. It seemed like a strange complement. But this was the most interesting potato salad I have ever had, with slices of pickle in it and lots of seasoning on top. I'm not sure I could eat very much of this - it was intense - but this scoop was the perfect portion.

I couldn't finish my sandwich. Actually, that's not true, I'm sure I could have. But I was almost full and thinking about how nice it would taste reheated in the oven with some spicy peppers. So I took half of it with me. (I was right about my reheating idea, by the way. It was even better.) The ladies took home more than half of their salads.

As is tradition at Gale's, we were given biscotti with the check. I have never been a big fan but I gave one a try. I do not understand their appeal, I fully admit.

The intimacy and noise of Gale's enhance the experience at night. During the day? Not nearly as much. However, it was very good and I would gladly return for lunch any time. It still remains one of my favorite restaurants in town.

La Fornaretta was The Godfather of Italian restaurants in Pasadena: it was spectacular, and I've yet to meet a single person who did not like it. Nothing will ever be as good for me, for countless reasons, some very personal. Gale's is more like Goodfellas: not as accessible and containing a couple of glaring weaknesses, but in certain ways, and viewed in a certain light, it is every bit the equal.

Wow, outstanding job. I need to go there soon.

Timely post... I'll be at Gale's today for lunch. I always order 1/2 an antipasto salad. My other favorite, when I'm a bit more hungry is Cappellini Pomodoro. Yummy...

You inspired me to take some pix and potentially put up a post.

Anon: Thank you. Yes, you should.

Tim: Well put. Brevity is the soul of wit.

Irina: Awesome. There should be more pics of Gale's.

Nothing can ever live up to La Fornaretta, but your last paragraph is spot-on.

I haven't been much in the mood for dining out these last several months, but I think I'm going to get myself to Gale's soon.

This lunch was fantastic. I have never had a meal I didn't fully enjoy at Gale's and this lunch did not disappoint. It's always a fun experience.