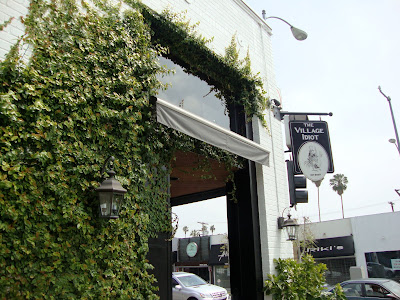 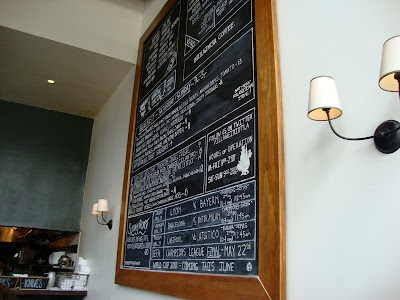 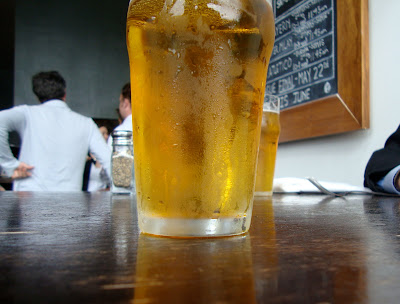 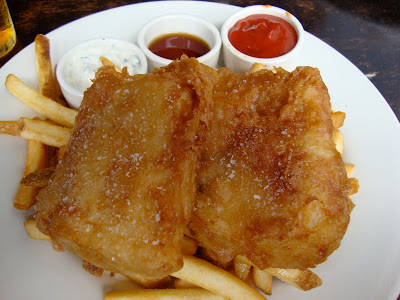 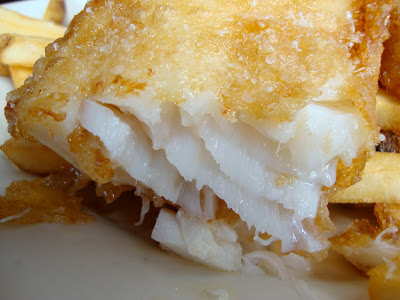 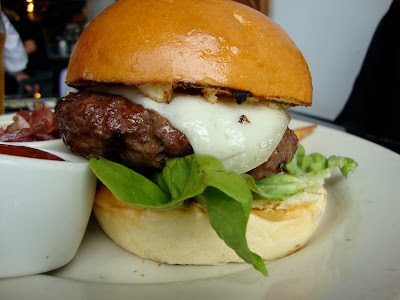 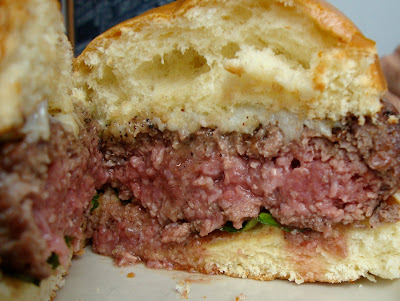 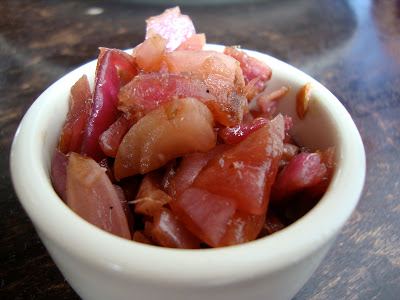 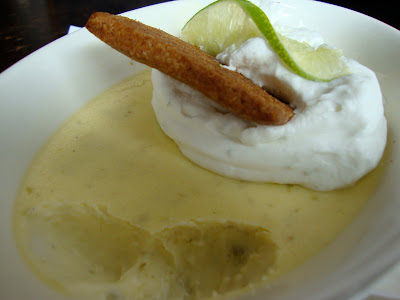 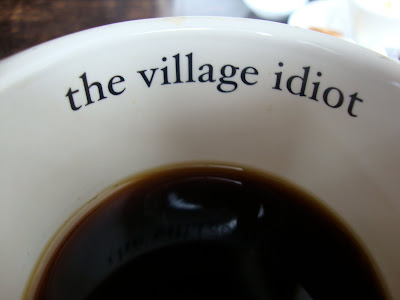 A few years back my brother and I landed at the airport in Dublin to start a vacation that we'd planned for months. We'd left L.A. the previous afternoon and arrived in Dublin in the morning, and we had not slept. We were determined to fight through any jet lag and stay awake for the whole day.
We went to have lunch at a pub in Temple Bar. They weren't open quite yet so we had to wait a few minutes, although they allowed me to have a pint at the bar while we waited. I did, and it was the best pint I have ever had in my life. So I had several. Predictably, after lunch and walking around for a couple hours, I needed to take a nap back at the hotel.

So I woke up later, completely relaxed and ready for the day. Except it was now almost midnight. We went out in search of food, walking down to Leo Burdock Fish & Chips, which I'd read from more than one source was the best fish & chips in Dublin. There was a long line out the door and down the street (this was a Friday night and most of the people had had quite a few drinks) but we happily waited. As impatient as I can be in my own backyard, I slip into an entirely different rhythm on vacation and enjoy the waiting as part of the experience.

The reward was the best fish & chips I have ever had. They offer a choice of fish - I selected haddock - and serve them atop a generous basket of thick cut potato wedges, perfectly fried. I doused the whole thing in salt and vinegar and stood on the street (there is no seating inside Leo Burdock) and ate one of the top 5 meals of my life: 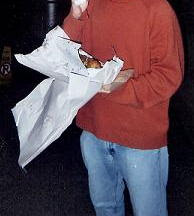 I've spent years since then looking for fish & chips that come close to that. I have failed. This is not surprising: even if I found fish that good, I could never replicate the experience. Memory and circumstance are powerful tools. (It's not surprising that what I consider to be the second-best fish & chips I have ever had was a plate at a fish shack on a pier in Massachusetts one October day, the last day of the season they were open before closing for a few months.)

A few weeks back I was featured on another website and I asked a question: is there anywhere around here to get truly great fish & chips? Several people have given me recommendations since then. But one stood out above the others: my friend Tim, whose restaurant opinions I respect about as much as anyone I know, said I should try The Village Idiot. He even offered to take me there for lunch. How could I say no?
It took a while to work out our schedules, but recently we headed over to Melrose, just west of La Brea, and stopped into The Village Idiot for lunch. There was a soccer game - known to most of the world as football - on the TV and it was relatively crowded, but we were still able to get a nice booth in the corner.

Although we were given menus, there is a giant blackboard on the wall listing the menu, beers available, and sporting events scheduled. I loved this. They had one of my favorite beers in American listed: Bear Republic's "Racer 5" IPA. I ordered this.
"We're out of the Racer 5," I was told. Damn, I thought to myself. But oh well, I can still have a Guinness.

"We're out of Guinness, too," she said, before I could even order one.

So I selected a Lagunitas Pilsner; I figured that would go well with the fish & chips. Tim ordered the pub burger, medium-rare. While we were waiting for our food, he introduced me to one of the owners and the head chef, who were standing nearby. (Tim is a wine distributor and sometimes I wonder if there is anyone in the restaurant industry in L.A. County whom he does not know.) He mentioned that I love food and he was bringing me here to try the fish & chips. The chef gave me a confident smile and said "Well, I hope you're not disappointed!"

And certainly when the fish & chips hit the table I was happy: two big pieces of fish atop a plate of fries. The batter was crisp and covered with sea salt. Three containers, holding ketchup, malt vinegar, and tartar sauce were on the plate. I sawed off a piece of fish and took a bite.

It was exceptional. I took another bite with some tartar sauce on it. I was trying hard not to make up my mind too soon, but the fact seemed inescapable: this was the best fried fish I've had in Southern California. The fish was beautifully cooked and the batter (we later found out they use Shiner beer in it) was the perfect texture. Too often, crispy beer batters are exceedingly thick and oily; this batter was crunchy yet light.
Tim gave me a quarter of his burger. This was another of those foods that I see every once in a while that I don't want to eat because it's so beautiful. It was cooked ideally: the pink center was exactly how I want a burger to look. And these people know exactly what kind of bun to use with a burger: one that complements, rather than distracts from it. I spread some of the balsamic onions on it and took a bite. It wasn't as good as my fish, but it was a great burger.
I couldn't quite finish my plate (I ate every bit of the fish, and even the small fried pieces of batter that lay scattered around the plate, but I couldn't eat all the fries) and I was very full. But the kitchen sent out a lime custard for us, something we had not ordered. Tim and I both love lime so we dug in. I do not remember the last time I have had dessert with lunch. It's probably been several years. This was fantastic: sour and creamy at the same time. We couldn't finish it and we had to relax with some coffee for a few minutes to avoid a food coma.
I loved The Village Idiot. The layout of the restaurant is cool, with high ceilings and a horseshoe-shaped bar in the center of the room and large windows that open out onto Melrose, one of the great people-watching venues in the city. I would love to come here again for lunch, although I don't see myself ever coming here for dinner - I don't often go to that part of the city, and this place was loud, even after the soccer game ended. I can only imagine how loud it gets on a busy night. But the food was fantastic. Tim and I are going to try The Golden State one of these days to see how it compares - at least three other people have told me those fish & chips are the best in L.A. - but, for now, The Village Idiot is the best I have had in many years.
Posted by JustinM at 9:19 AM

I'm overdue for fish n chips. But, not for driving into LA.

I hear you, Cafe. I never would have done this if Tim hadn't offered to drive. Nothing frustrates me more than inconsiderate drivers, and it gets worse by the week in L.A. I took my better half to work this morning (in Larchmont Village) and I saw at least a dozen d**khead moves that made me say out loud "Are you kidding me?"

I'll chime in just to say that it was well worth the drive.
I really like this place on a Saturday or Sunday afternoon for the following reasons: less traffic and outstanding people watching to accompany a fine meal.
Now that's entertainment!

Since you mentioned malt vinegar and french fries in the same post, I have to ask.. do you like vinegar on your fries? Here in RI/MA, it's like a staple. Everyone does it, and it tastes fabbbulous.

Do I like vinegar on my fries? Absolutely. Do I often put it on? No, not at all. I really only seem to do it when I'm eating thick steak fries or fish & chips. I can't explain why. My normal condiments are aioli, A.1. sauce, or some kind of mustard.