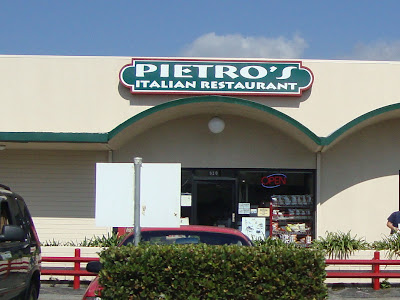 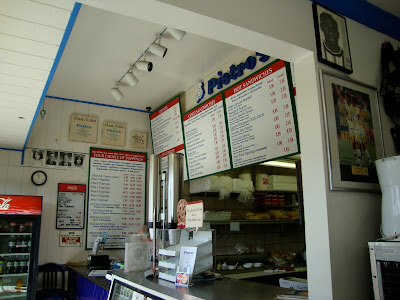 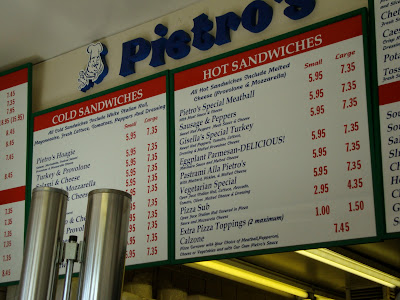 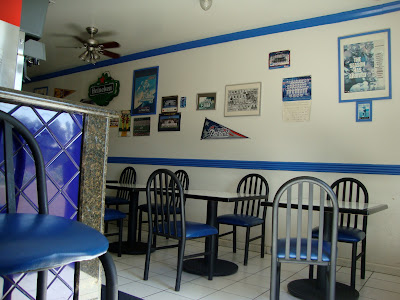 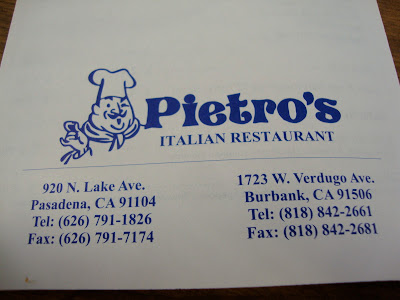 There are a few things that I get a craving for quite frequently: a juicy burger, boneless buffalo wings, fried shrimp, etc. When that happens I think I definitely want to have that within the next couple days. But there are other things I get a craving for and think I need that right now. Meatball sandwiches fall into that latter category.

I am by no means an authority on meatballs, either by themselves or in sandwich form. There are scores of different foods about which I know more. But I know how I like my meatball sandwiches: soft bread with a slightly crispy crust, plenty of meatballs, a decent (but not ridiculous) amount of cheese and a ridiculous (not just decent) amount of sauce.

The best I've ever had was at a shop in Philadelphia, the name and location of which are lost to me forever, I'm afraid. One of many reasons I no longer mix beer and whiskey.

I'd never been to Pietro's, up on the corner of Lake and Mountain, although I know a couple people who like the place. The other day someone suggested to me that we get sandwiches at Pietro's. I had no better ideas so I shrugged and said "Sure."

It was busy. The picture above looks like there was nobody there and indeed there was nobody eating there, but the whole time I was waiting for my meatball sandwich - perhaps fifteen minutes - there was either someone in line waiting to order food, someone picking up food, or someone on the phone ordering food. When I got my sandwich it was very hot, even wrapped in foil and paper. A few minutes later I unwrapped it. 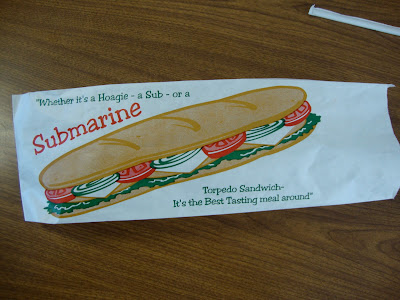 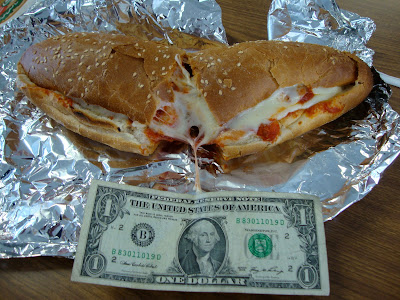 It was by no means small, but I guess I was expecting an eight dollar sandwich to be a little bit bigger. The man behind the counter had said the "large" sandwich was 12 inches long. It was not. 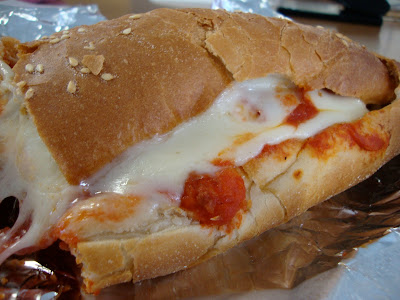 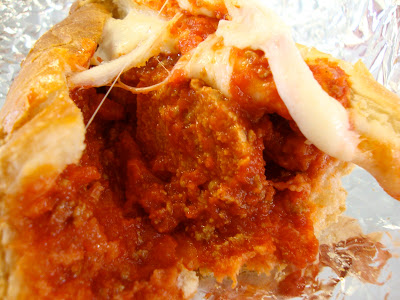 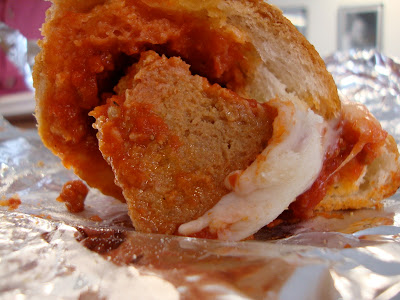 But it was still good. Not great, but definitely good. It was kind of skimpy on the cheese and heavy on the sauce. (As I wrote, that's how I like it, but I know some people prefer the opposite, so I thought I'd point that out.) The meatballs were on the dry side. With the sauce, it was not a big deal, but I do not believe I would enjoy eating the meatballs by themselves. The bread, however, was fantastic, as close to ideal as I have had in years .

Would I go back to Pietro's? Sure. Pietro's is definitely preferable to the nearby McDonald's/Burger King/KFC/Carl's Jr. options. But there are a plethora of other non-chain places within two blocks: La Chona, Slaw Dogs, Tonny's... to say nothing of the phenomenal Roma Italian Deli immediately next door.

So I would return to Pietro's and try a hoagie. But I will continue looking elsewhere for a meatball sandwich in Pasadena that I truly love.
Posted by JustinM at 10:55 AM

Whenever it starts to get cold and rainy in LA, I always get a weird craving for a meatball sub. Maybe it's because "Cloudy With A Chance of Meatballs" was my favorite childhood book.

I've never had a craving for a meatball sub. It's down & dirty there with the mac n cheezers!

The Two Guys took a trip up Lake and braved the holiday traffic to try Pietro's, based upon this review.

We are glad we did. We split a large meatball sub and a small antipasti salad. The sub was exactly as you describe - excellent Italian bread, too few meatballs, and too little cheese. We both felt the sauce was the right amount.

Sadly, the meatballs could not be housemade. They had that odd springy texture that is the telltale sign of factory-made. And that's sad, because we really wanted to like this place.

OK, we like it, but we wanted to find a meatball sub destination type restaurant. This is not it.

Will we go back? Sure. It's better than most choices on Lake north of Colorado. As we are fond of saying, "Good, but not great."

The really good news is that when we were done, we stopped in next door at the great Italian market and picked us up some imported pappardelle and Italian tomatoes.

You nailed it, Two Guys. Good place, better than the fast food in the area, but could be a lot better.

And the Roma market next door is a treasure.

The meatball sandwich is definitely one of my guilty pleasures. The craving strikes and there is no possible reaction other than total submission.
That's when I hop in the car and go straight to Domenico's on Washington Blvd. - famous for pizza but man, those meatball sandwiches ALWAYS hit the spot! Only one size offered, but it's big enough for two people. Yummy!