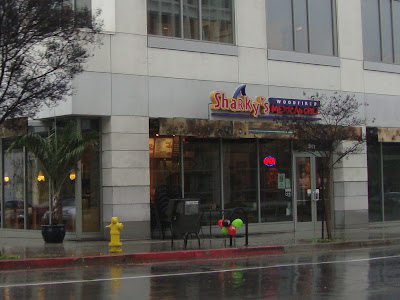 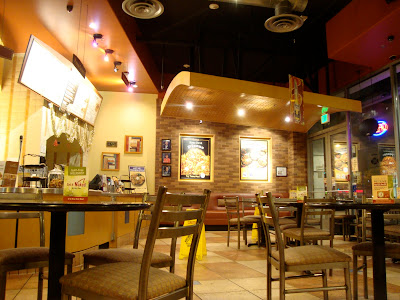 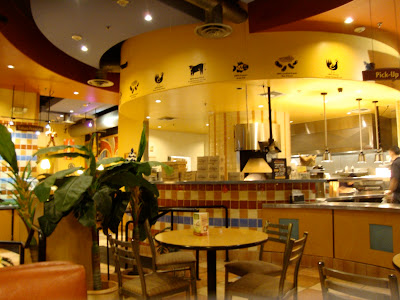 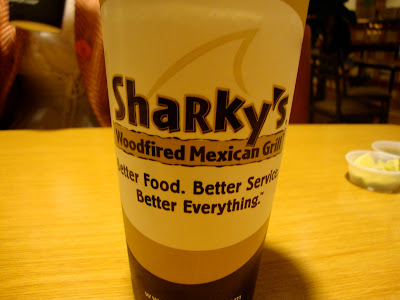 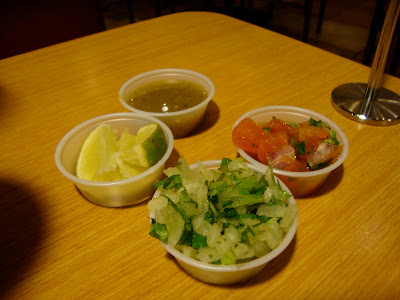 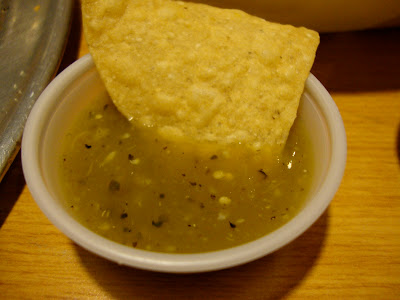 Elizabeth didn't get home from work until almost 8 on Friday. You gotta love rainy Friday traffic. We ran out to Macy's on Lake Ave to look for something specific. (They did not have it, but at least we weren't subjected to a DJ booming house music like we were on our last trip to Macy's a month ago, by far the most annoying hour I've spent this year that didn't involve watching The Expendables or a UCLA football game.)

"Sharky's? It's right around the corner."

So we went there - about a block away, near the corner of Cordova and Lake - not long before they were closing, but the guy behind the counter was very friendly and said as long as there were people there he would be open.

I first ate at Sharky's almost seven years ago, out in the Valley. My dad had a doctor's appointment that I had driven him to and I had a couple hours to kill. Someone had told me that Sharky's had, of all things, great pizza, so I went by to try it. I thought it was merely good so in my visits to Sharky's since then (admittedly we're probably only talking about three times) I hadn't bothered to try the pizza again. But it sounded good to me this time, so I ordered a chipotle barbecue chicken pizza and a tempura-battered mahi mahi taco. Elizabeth ordered two of those tacos.

We took a booth by the window and watched the rain for a few minutes. Our food did not take long to be brought out to us. 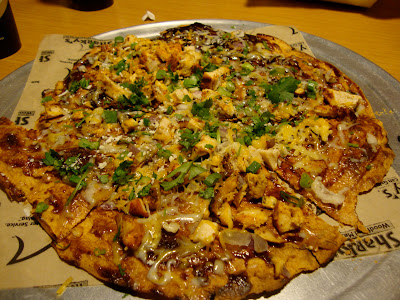 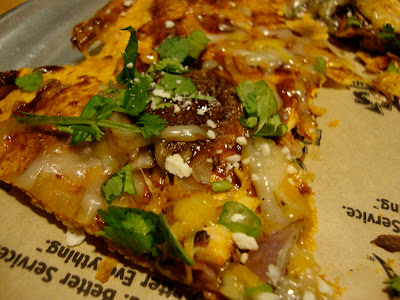 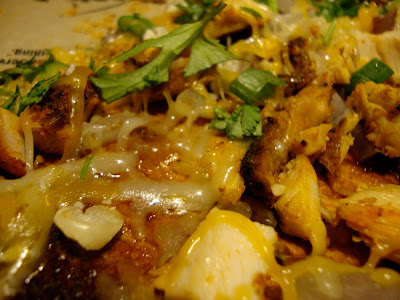 There were three things about this pizza that struck me: 1) it was much bigger than I remember the one seven years ago, 2) it was loaded with toppings, and 3) the crust was incredibly thin. I don't mean New York pizza-thin, I mean tortilla-thin.

And it was very tasty. Nothing spectacular, and imagine if I return to Sharky's someday I will probably revert to eating tacos, but I'm very glad I got this pizza. The sauce actually had some chipotle flavor to it (my surprise at that fact is a measure of how few places that claim to use chipotle sauce actually come through on that promise) and went nicely with the chicken and cilantro flavors. 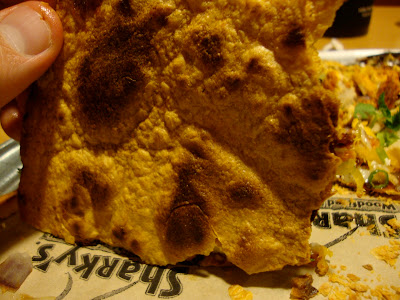 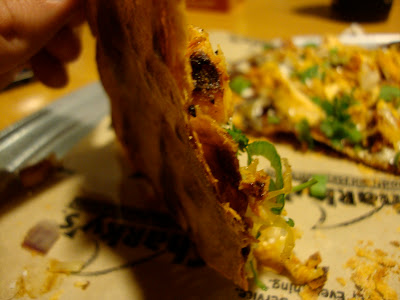 Like I said, the crust is a very thin, cracker-like crust. 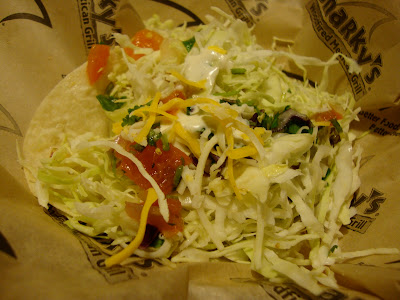 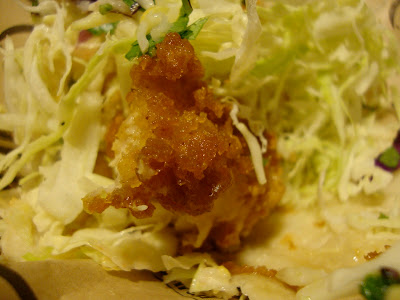 Piled under all that cabbage is a couple pieces of fried fish. It was delicious - crunchy batter and perfectly cooked, moist fish - but I'm not going to lie: at almost four bucks each, the mahi mahi tacos are pretty skimpy on the portions of fish. That's not a ridiculous amount to pay for each taco, but if I hadn't had the pizza, it would have taken at least three of these to fill me up. (One thing I learned on my taco crawl last month is that there are plenty of places in town where you can get a filling taco meal for under five bucks.)

Overall, I was satisfied with the meal, but it was not anything spectacular. For a chain, Sharky's is ahead of Rubio's and Qdoba and miles ahead of Baja Fresh. And I will be glad to return to Sharky's on a rainy Friday night if I'm just around the corner. But as for seeking it out as a destination? Nah, I don't think I will ever do that again. The fish taco at La Estrella was cheaper, better, and more filling. (And there is a place in Duarte that my friend told me about that I look forward to trying over the holidays.)
Posted by JustinM at 9:01 AM

PP- how much was the pizza?

La Cabanita, which is kinda on the border. For tacos, I am in love with La Estrella at the moment. I like El Matate and Amigos - not great, but they hit the spot for what they are.

There are a couple of well known places that are always busy, and I loathe them both... but I'm guessing the Two Guys know exactly where I'm talking about.

Oh my gosh.....La Cabinata is so good. Just for that, we are going again.

The other has been around Pasadena a LOT longer.

I knew you would guess them.

Perhaps "loathe" is too strong a word. It's not like we're talking about Hooters or Buca di Beppo. (Those I truly loathe.) But I do not think either place's quality justifies 1/10th of their popularity.

Thanks for the reminder to hit up Sharky's again when I'm in the area. I've been once and did like their shrimp burrito, but as you said, nothing spectacular. I'll have to try the pizza though. Didn't even know they had that.

And I agree, El Cholo is definitely overrated for what it is. I've only been to the one on Western but I've had better. My mom loves it though so what can I do?

The one on Western is gourmet compared to the one in Pasadena. At least I've had decent meals at that one. I can't say that about Pasadena.

Regardless, I used to live two blocks from the El Cholo on Western and despite not loving the food, the bar was always a great place to hang out, eat some chips, drink Tecate, and watch the Lakers.