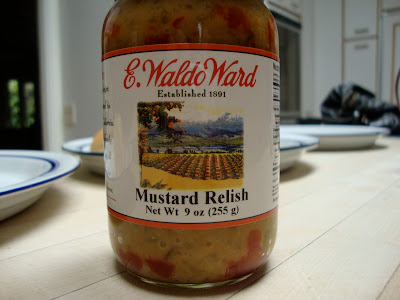 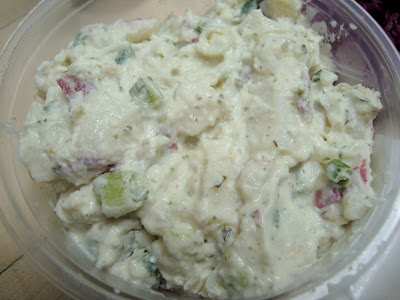 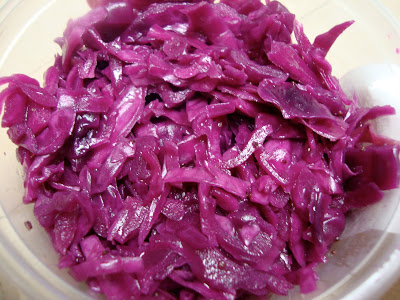 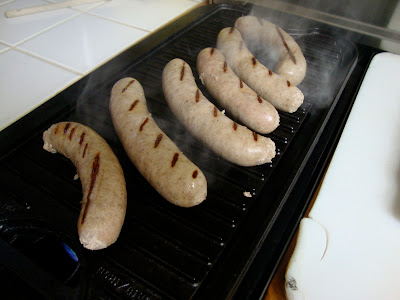 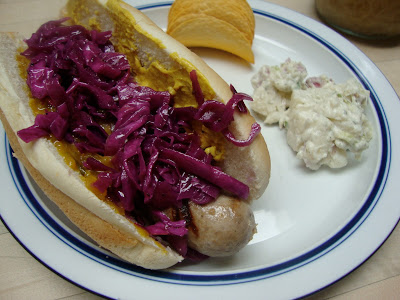 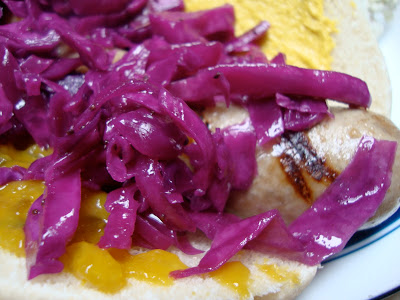 Saturday afternoon, Elizabeth and I went over to my parents' house to watch some football. (Well, I wanted to watch football, she just came along to be a good friend. I should remember this next time she is watching Glee.)

I cooked a few bratwursts in a big pot of beer, then took them out and put them on an indoor grilling pan for a few minutes to get some grill marks and turn the skin a more golden color. I put my brat in a bun and added E. Waldo Ward's mustard relish, some red cabbage slaw, and a smear of hot mustard. I ate potato salad and some Pringles as accompaniments, but they were superfluous: the sausage was outstanding, the perfect meal for watching football.

In the afternoon we watched The Expendables. I know this seems like a ridiculous thing to do, but my reasoning was clear: I did not want the USC-UCLA game that night to be the worst thing I watched all weekend. Every once in a while I see a movie for which my expectations are so low that the movie cannot help but be better. And my expectations for The Expendables were as low as I've ever had. Still, it was worse. 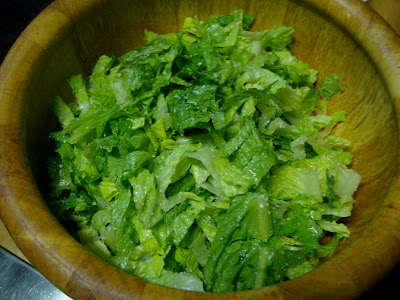 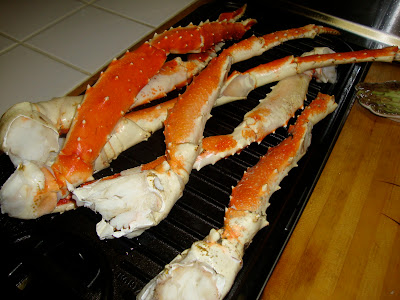 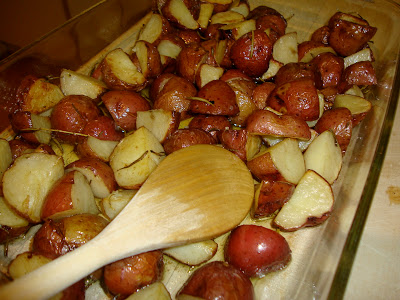 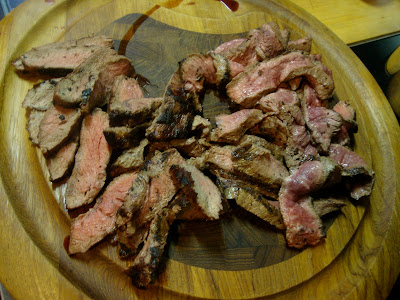 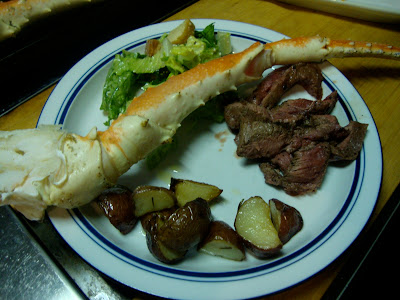 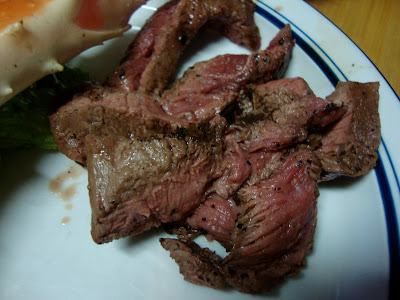 In celebration of my dad's birthday, I made a Caeser salad with homemade croutons and I roasted some red potatoes with olive oil and rosemary cut fresh from the garden. I had picked up some crab legs, huge ones, and they were fatastic, buttery and sweet. I also grilled a flat iron steak from Taylor's butcher shop.

The meal wasn't anything spectacular, but it was very good and we ate it while watching the USC-UCLA game. I had a feeling that UCLA was going to put up a good effort this year. I don't know why I ignored the fact that they have played gutless football all season and the playcalling has been nothing short of completely inept. Not surprisingly, both those things occurred again and UCLA lost, again. 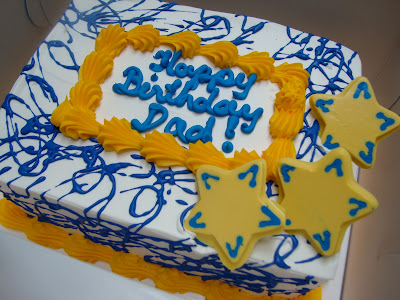 I had thought getting my dad a cake in UCLA colors would be good luck. Oh well. At least it was delicious cake. 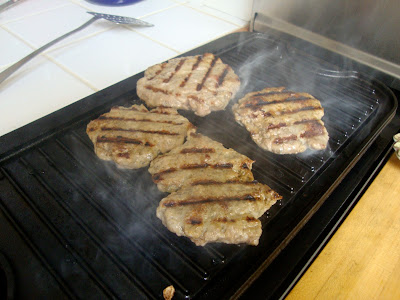 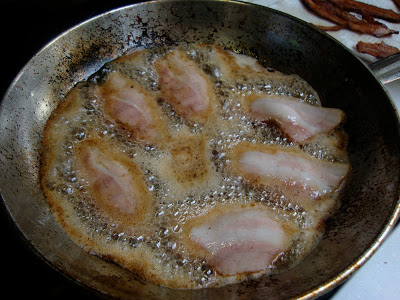 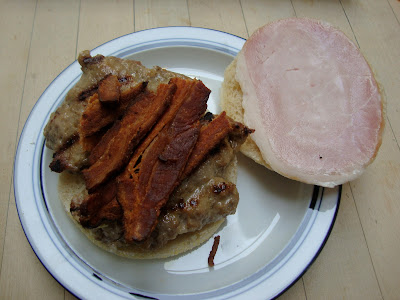 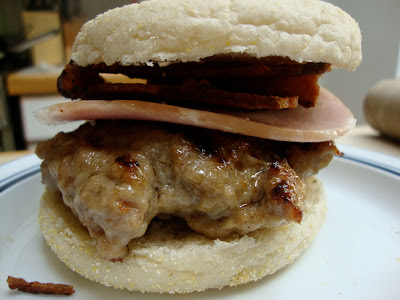 While making breakfast for everyone in the morning, grilling sausage patties and frying bacon, I had an idea: make a sandwich full of every pork item I could find. I put the sausage on an English muffin, topped it with bacon, and added a slice of ham.

It was merely okay. Not one of my better ideas. 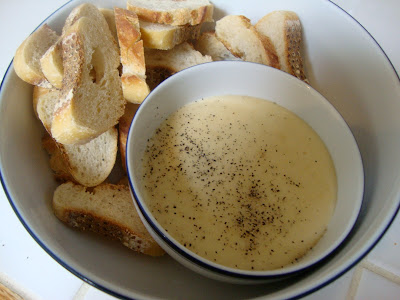 In the afternoon I had an idea: let's watch another movie, something bad that makes the football game the third worst thing I watched over the weekend. So we selected Knight & Day. It was completely ridiculous, almost like watching a cartoon... but still, it wasn't worse than the game or The Expendables. So watching it served no purpose whatsoever.

I had gone down to Trader Joe's to pick up a few things, so lunch was an assortment of items. I made Elizabeth a bowl of red pepper and tomato soup. My dad had the lone leftover crab leg. We all shared some caramelized onion and feta cheese appetizers. And my mom and I had Swiss Beer Fondue with sliced bread. It was good, as always. 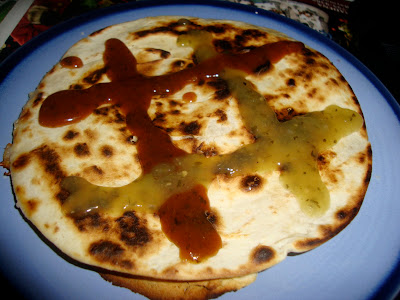 Back at our place last night, watching TV, neither Elizabeth and I were very hungry. I'd eaten a lot over the weekend - I didn't even get into the leftover Taco Lita tacos, the ice cream, or the fried cheese - so I wasn't planning to eat dinner. But then I got a little hungry, so I made myself one of the simplest snacks possible: I threw some cheese between two tortillas and cooked it in a pan just long enought to melt the cheese and brown the tortillas.

I added some green and red Taco Bell hot sauce because I thought the Christmas colors would be pretty. The quesadilla was as tasty as it was simple.
Posted by JustinM at 9:02 AM

That is a serious man breakie sammie you got there! WOW! Nice eats, I would kill for one of your brats. Love the color contrast and love sausages!