There was supposed to be a storm coming in the early evening. It would not arrive, but we had no way of knowing that.

"Let's go out in the afternoon," I said. "If it starts pouring we can go back to the hotel. Or do whatever else we want."

So we walked around, popping into stores looking at artwork and used books, buying bottles of barbecue sauce and Hurricane mix, looking for a present for Elizabeth's younger sister. (We got her a mini voodoo doll.) Eventually I needed a drink. We stopped into a bar with three-for-one beers and a DJ screaming at people, even though there were only four paying customers. We found another bar once I finished my three beers, which in the heat only took about fifteen minutes. And then we went looking for another.

Walking down Bourbon we noticed, through the bar area of Rita's Tequilla House (a bar to which I have never been) a patio in the back. We decided to check it out. 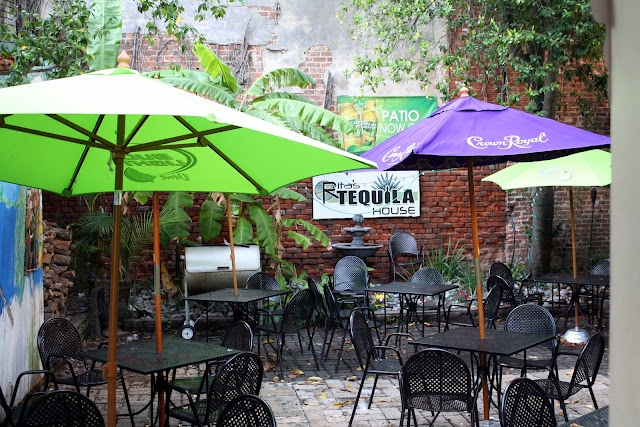 There were a few people on the patio when we arrived but within half an hour they had all left and we had it all to ourselves. It was one of the most enjoyable spots I have ever been on Bourbon Street. It was a hot, humid day, but the shaded patio provided respite from the weather. (Can you spot the kitty?) 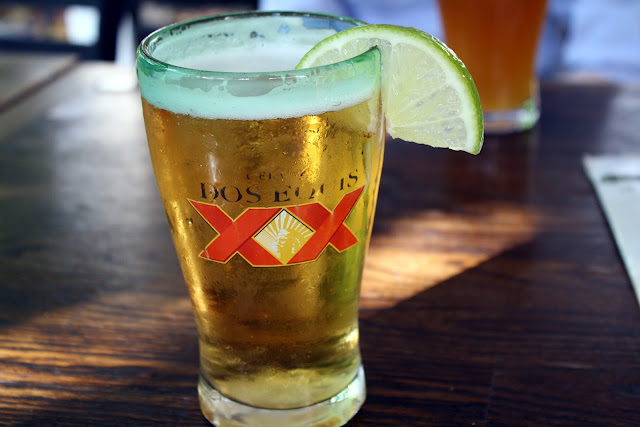 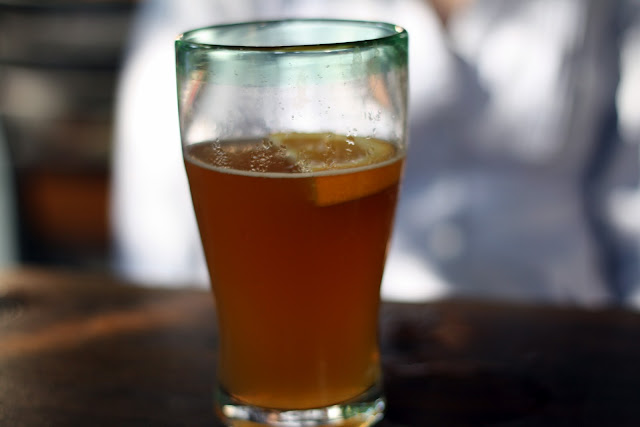 I had myself a Dos Equis and Elizabeth drank a Blue Moon. 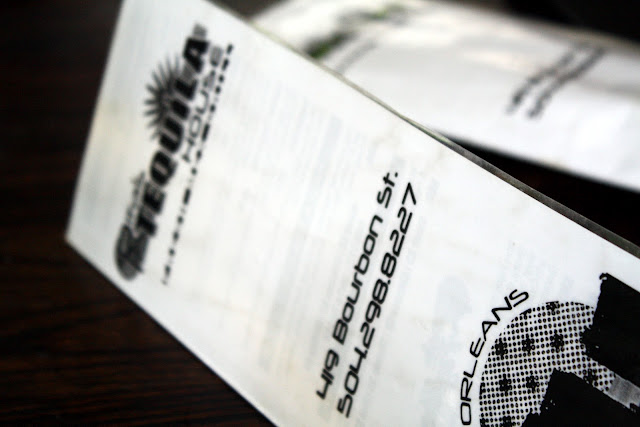 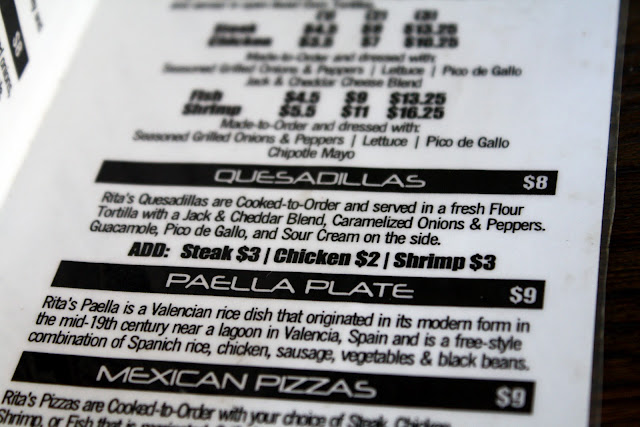 Elizabeth announced that she wanted to get another Hand Grenade before we left town. I thought that sounded good, too. We could not get into the restaurant we wanted for dinner, they were booked, so we decided to just do whatever we felt like for the rest of the afternoon, and we felt like hanging out on Bourbon Street. (This was Elizabeth's first time in New Orleans and, like my first adult trip, the pull of Bourbon Street was strong to her.)  But I suggested that, before we started ingesting grain alcohol, we should get some food in our stomachs.

The Tequila House menu was not surprising: nachos, fajitas, tacos, etc... Nothing really looked all that good, but I suggested a chicken quesadilla and Elizabeth agreed. 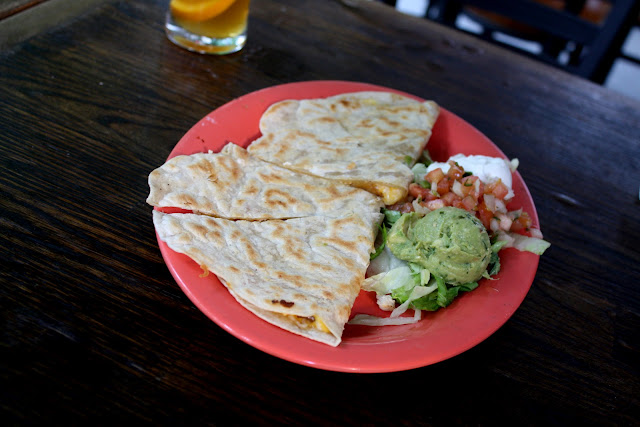 It took quite a while for the quesadilla to come out - our server put in the order as "nachos" by mistake. But it was worth the wait. Surprisingly - almost shockingly - this was one of the best restaurant quesadillas I have ever had. 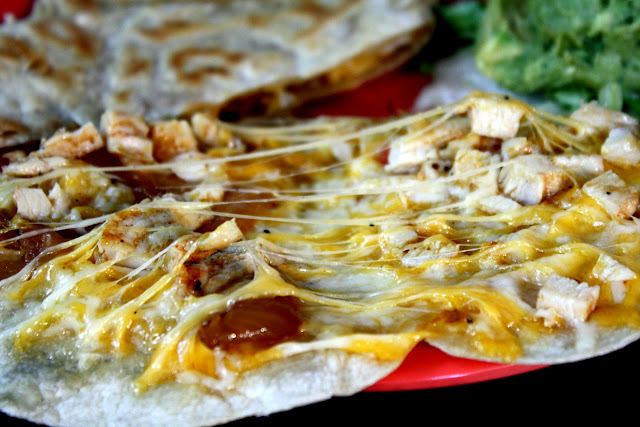 The tortilla was crispy, the chicken and cheese were delicious and the caramelized onions and peppers were a nice touch. Just a great quesadilla. 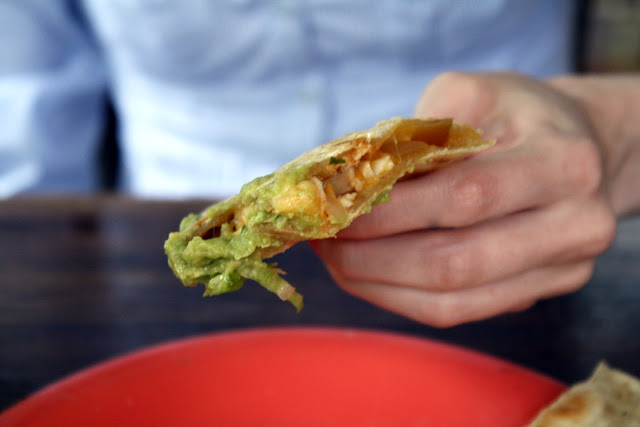 Elizabeth had her wedges with guacamole. I would rather lick a Bourbon Street curb at 1 AM. 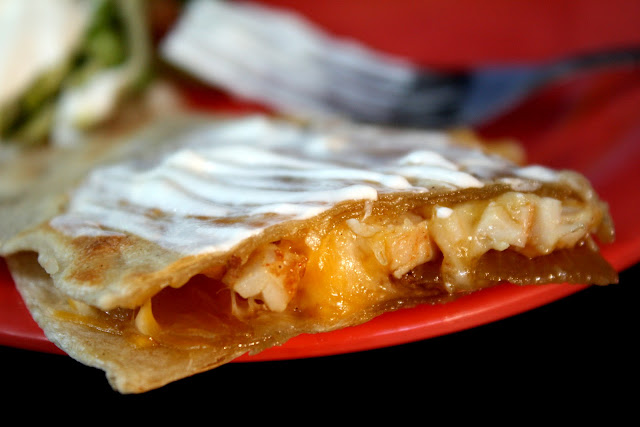 I spread some sour cream on one wedge. It was fine but did not add anything to the quesadilla.

Now, let's put things in context. You do not need to seek out this quesadilla should you visit New Orleans. There is absolutely no need to dedicate a meal to Rita's. But should you find yourself on Bourbon Street and in need of a secluded patio and a bar snack, this is a great option. We were there for about 90 minutes and, out of all the bars we visited in the French Quarter, this may have been the most pleasant. Not my favorite by any means, but definitely the most relaxing.
Posted by JustinM at 10:16 AM

Haha I would fight tooth and nail for the guac wedge!