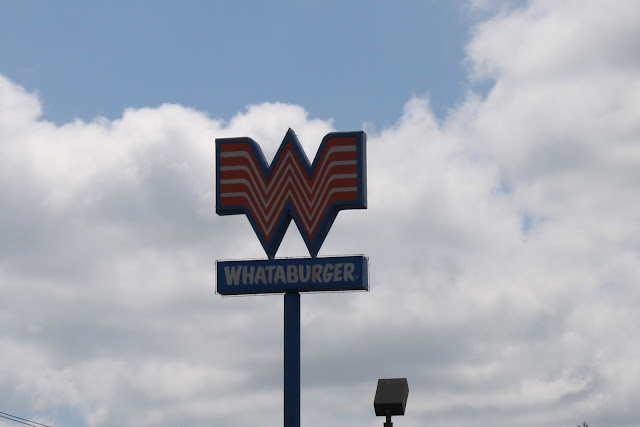 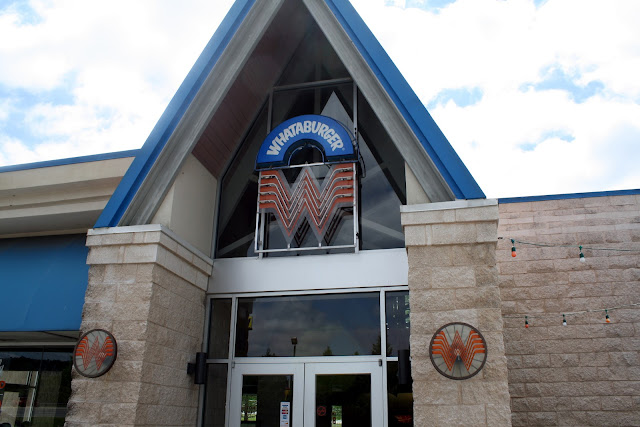 Whataburger is a chain I've heard about for years but, being that there are no California locations, I never paid much attention to what was going on. They are scattered all over the place throughout the South, however, and on the morning we left San Antonio I was quite hungry. Elizabeth wasn't, so I decided I would just stop somewhere in East Texas, grab a quick bite and get back on the road. At a gas stop I saw a sign for Whataburger 100 yards down the road and decided to give it a try.

It was on the early side, just after 11, but crowded inside. I studied the menu for a couple of minutes and decided to order something called a "Chop House Cheddar Burger."

"Would you like jalapenos on that?" the girl behind the counter asked me. This blew my mind.

"Yes." I could already tell I was going to like this place.

It took several minutes for my burger to be ready (Whataburger's beef is never frozen and is always cooked to order). I took it out to the car to eat. 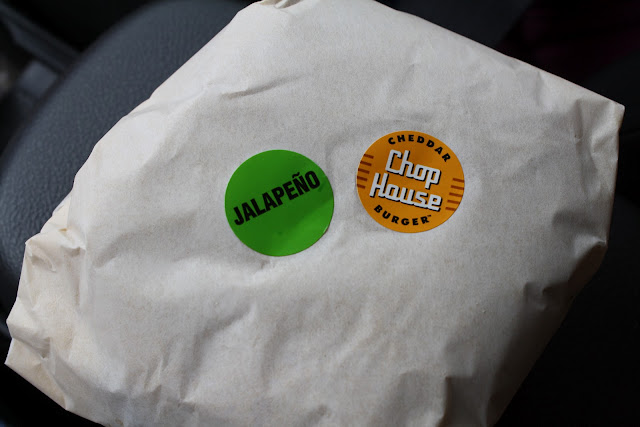 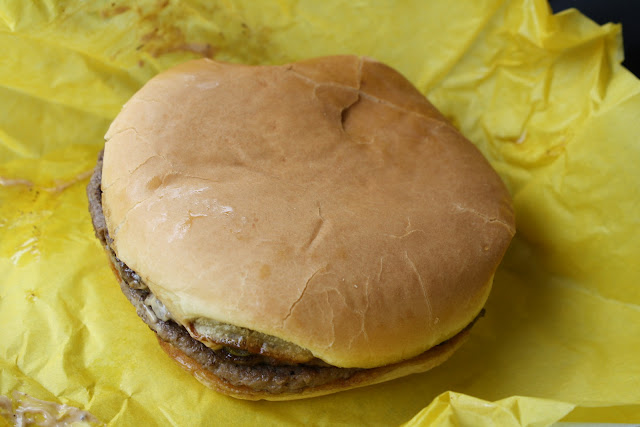 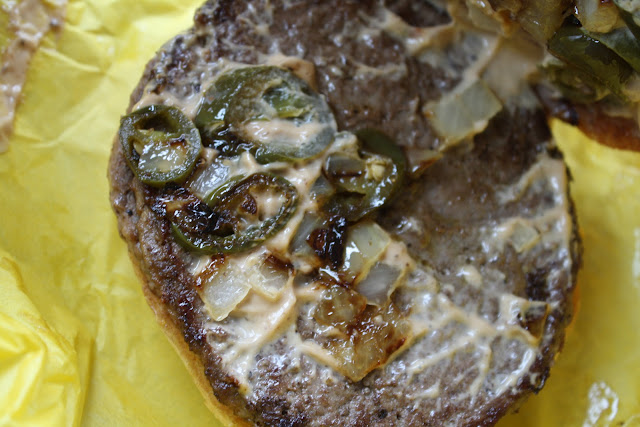 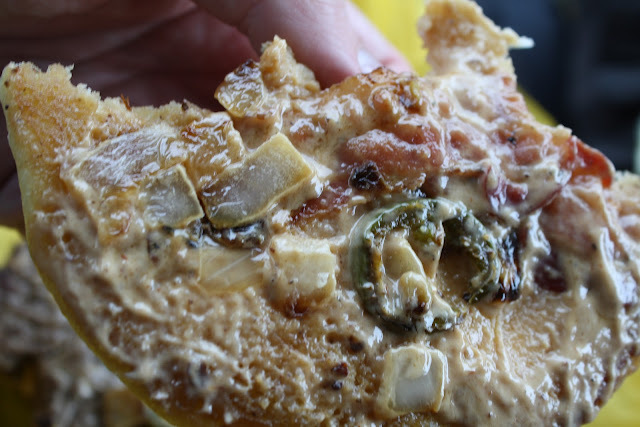 The burger had two patties, a creamy steak sauce, bacon, grilled onions and cheese on a slightly-toasted bun. And I loved it. If we ignore In-N-Out and Five Guys, which are in a class of their own, this is the best fast food burger I think I have ever had. The beef tasted like a more substantial version of Del Taco's burgers, the sauce was delicious, and the grilled onion and jalapenos set the standard for accoutrements on a fast food burger. I don't understand why anyone would order a burger at the usual McDonald's-Burger King-Wendy's-type-places if there is a Whataburger close by. 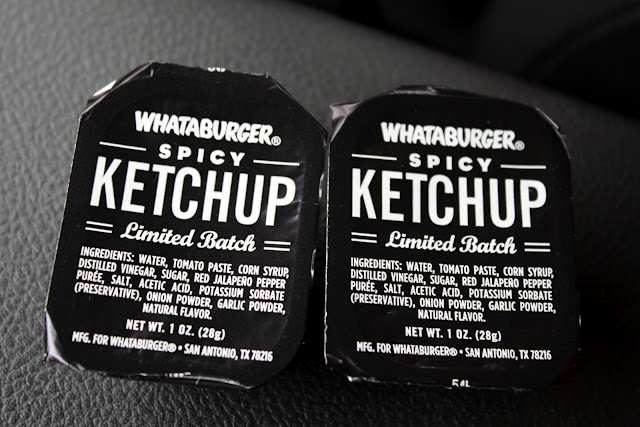 They also offer dipping containers of spicy ketchup that, while not exactly spicy (it had a burnt taste to it) were definitely more enjoyable than regular ketchup.

As I wrote, I really liked Whataburger a lot. But would I have liked it so much if I hadn't been incredibly hungry and slightly hung-over? There was only one way to find out: a few days later when Elizabeth was also hungry I said she needed to try Whataburger as well, and she agreed. 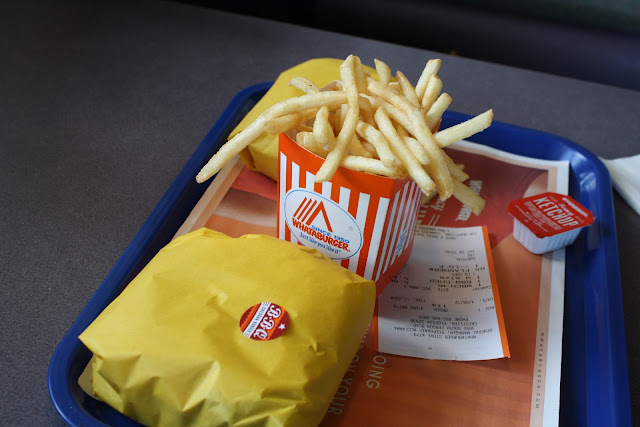 Elizabeth ordered the eponymous burger and I opted for the BBQ Cheddar Burger. 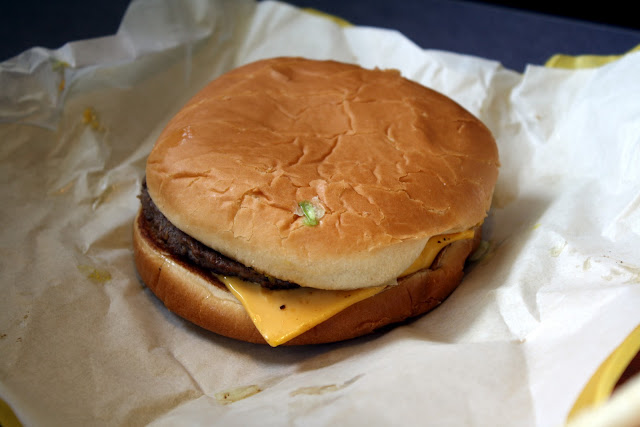 She thought the burger was good, and very good for a fast food burger. She doesn't like the condiments - sauces, jalapenos, etc. - like I do, so she kept her burger pretty plain. 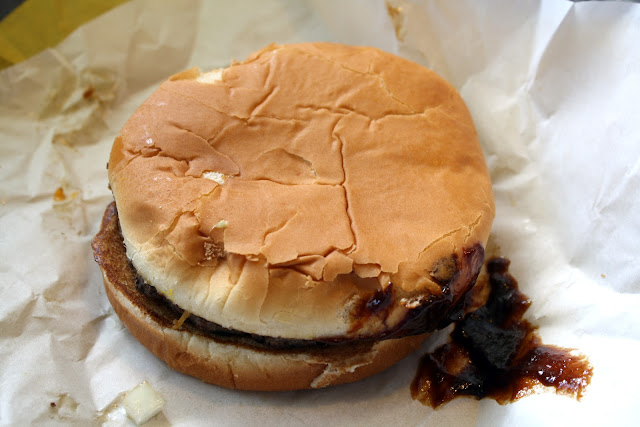 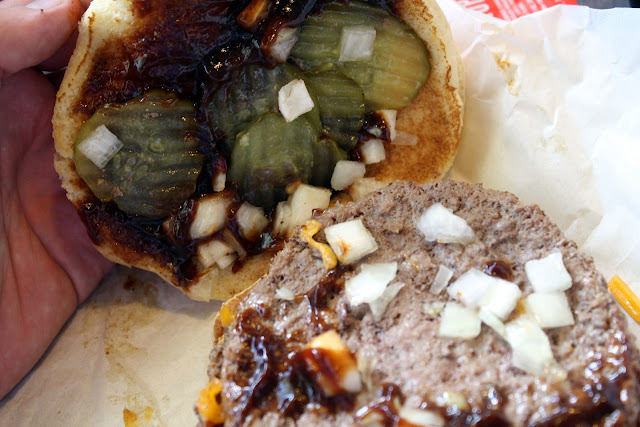 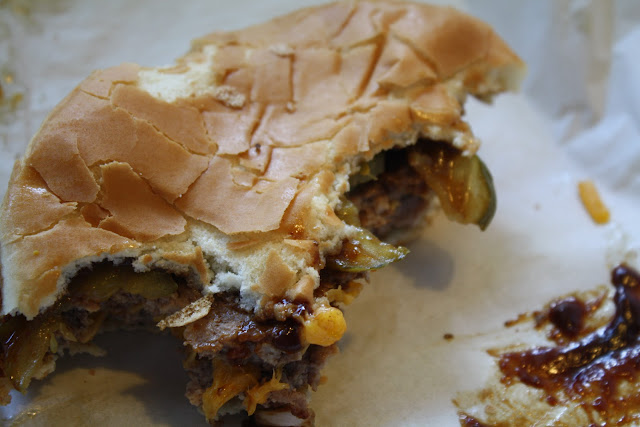 My BBQ cheddar burger was again very good, but not as good at the Chop House burger had been. The barbecue sauce was too sweet for my liking. I should have asked for jalapenos on this as well. It was still better than almost any fast food burger I can think of, but not quite the transcendent burger I had eaten a few days earlier. 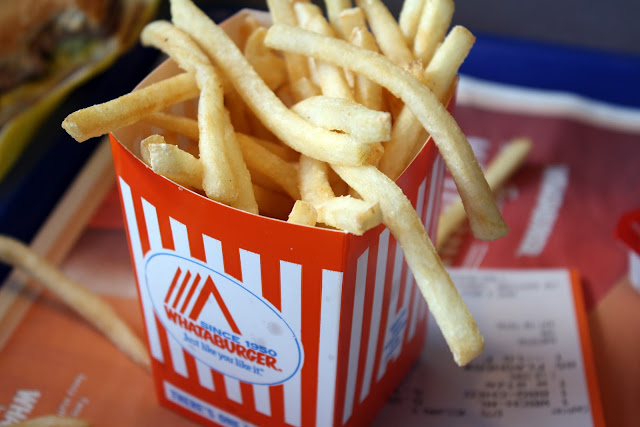 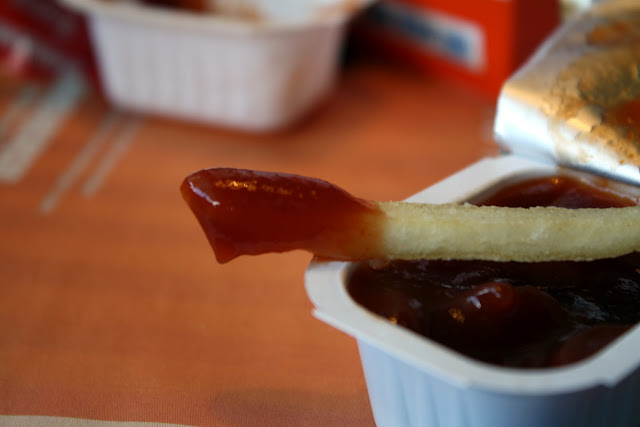 Whataburger's shoestring fries - we split an order, although as usual I probably ate 75% of them - are merely average. For as good as Whataburger's burgers are, I wish the chain used crinkle-cut or waffle fries, or something better than simple shoestrings like many other places use. (And, like almost everyone else, these were undercooked.) But that's a small complaint.

I made it decades without trying Whataburger, and who knows when I will get to try it again, but those two times I ate there recently were both great. Like I wrote, if I had grown up with one of these close by, it never would have replaced In-N-Out, but it would have given every other chain - including Fatburger - some serious competition when I was craving a burger.

I hope you have a nice weekend. Next week: all New Orleans.

I love when you do these vacation posts, it feels like I was on vacation too. Can't wait to read about New Orleans.

texans pronounce is wattaburger. ive always wanted to try it too.

Oh man now I want a burger! Have you tried some of the other new fast casual places, like Jack's Wayback?

I hadn't even heard of it actually.

RE: my DQ post -- I was confusing Whataburger with Smashburger; I think you're right that Whataburger is fast food rather than fast casual, particularly because of that cafeteria-style tray!

BTW, I don't if you hit up Fazoli's on your trip (I don't think they're on the west coast) but that's one of my favorite Interstate exit stops for lunch. But I mention it because they seem to be repositioning themselves as 'fast casual' -- if you dine in they bring out your order on real plates and give you silverware.

I ate at Fazoli's once in Colorado many years ago. I don't remember much about it, but I haven't had any desire to go to one again, so I must not have been a big fan. I would be willing to try it again on another road trip... but since we've both given up our cars, who knows when that will be!

Eating a burger @ one of my favorite places today with my huband & some friends...I thought of all the places I see on TV or on your blog & want to try (like Whataburger, Sonic, 5 Guys, Bar Celona, etc) and then I had a drink of my beer & my friend's 5 yr old said "This is the best booger I've ever had" and realized that none of those places could beat this one right now!!!!

Looks like an awesome road trip so far. I hope you are enjoying Brooklyn! We will leave for Pasadena at the end of June.

If you try Whataburger again, ask for the cream gravy to dip your fries in. It's amazing.