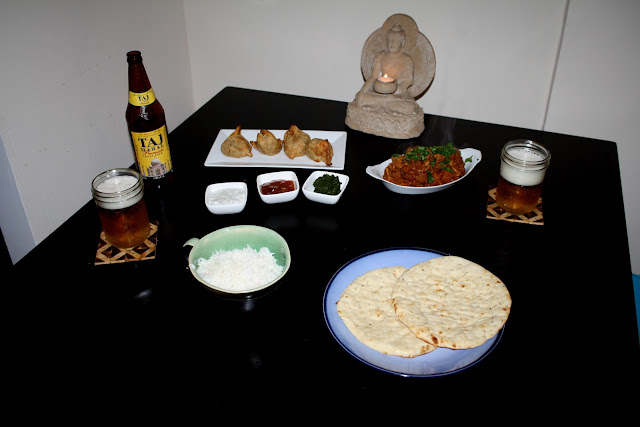 Back when Elizabeth used to live in Brooklyn Heights, before she moved to California in January of '08, she lived one block away from where we currently reside. And she was right above an Indian restaurant, though she never tried it. It was always crowded, so she figured it must be good, but the smells emitting from the place were constant; pretty much every day she was exposed to them, so she never had any desire to actually go eat there, or any other Indian restaurant for that matter.

And the pattern continued for more than a year and a half in Pasadena: every time I suggested Indian food, she said no. Finally, on a cold Halloween night after having a few beers, our friend Carla and I were able to convince her that we should all go out for Indian. Our dinner that night was excellent; it was Elizabeth's first Indian food of any kind and she loved it. "Now I understand why that restaurant was always crowded," she announced.

So now, all these years later, I never have a struggle convincing Elizabeth to get Indian food with me, especially on cold nights. And last night was cold and snowing. Indian food sounded great. But then something else hit me: why not just make it at home? Sure, it might not be as authentic, but it would still be good, and quite comfortable.

Here's what I did: 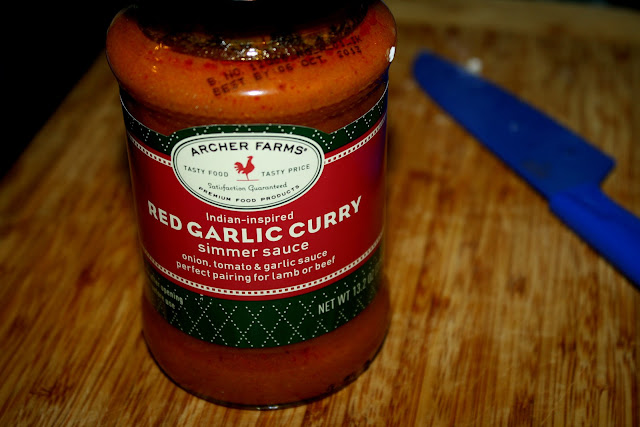 At Target I bought this "Red Garlic Curry" simmer sauce. The label described it as being "perfect pairing for lamb or beef," but I thought chicken would be just fine, too. 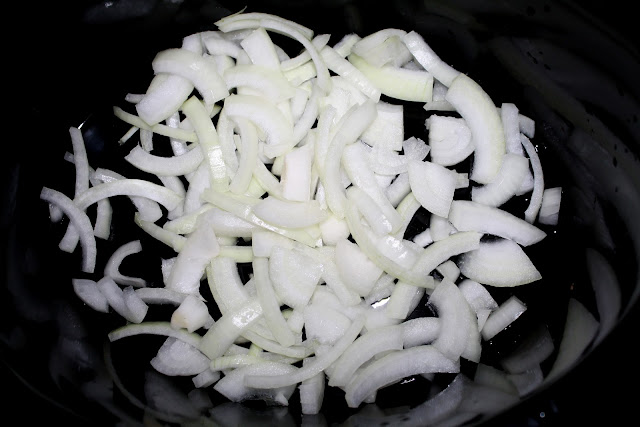 Slices of Spanish onion went into the slow cooker. 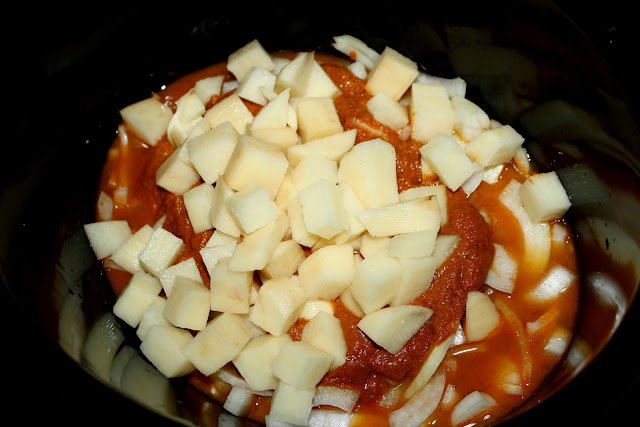 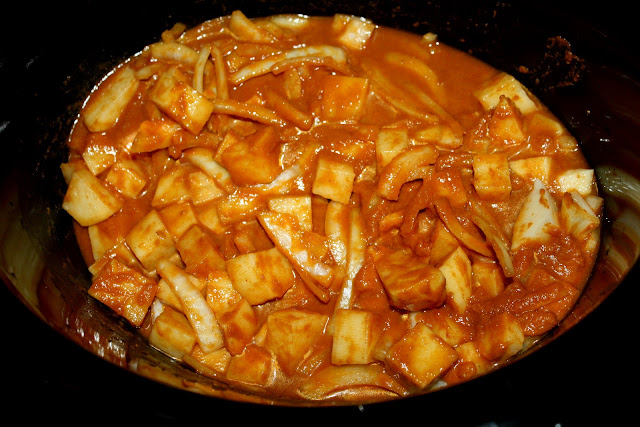 I cubed two small potatoes and added them as well, along with the jar of sauce and a half-cup of water.  I let them sit together with the cooker on low for two hours, then added two cut-up breasts of chicken that I had browned in a pan. I then left the slow cooker alone for five hours, until Elizabeth got home.

"Oh, you made it look so nice," Elizabeth said.

"That's all you care about? Photos for the blog?"

"That's not all I care about... that's just the only important thing." 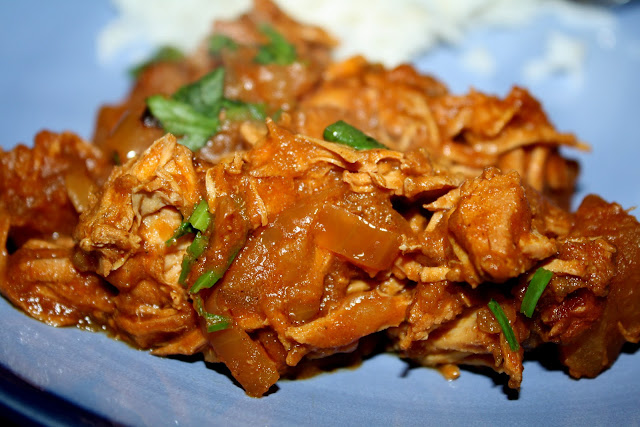 This was delicious. I don't know who invented the concept of slow-cooking, but it has to be one of the pinnacles of human achievement. The onions and potatoes were soft, the chicken was falling-apart, the sauce intensified over the hours to bring out the flavors of garlic and curry. (I'd tried the sauce when I opened the jar and didn't think much of it, but by the time the meal was ready it was fantastic.) 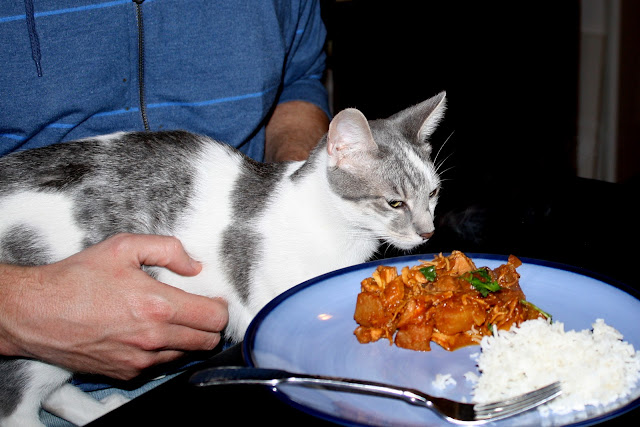 Did Hawkeye jump up on my lap to try to get some food? Of course he did. 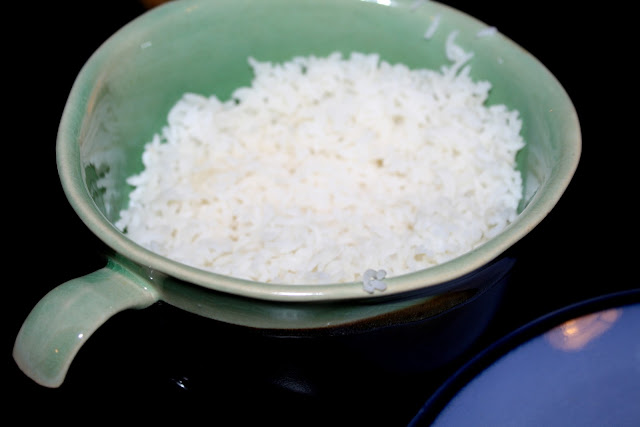 The basmati rice was only average. Despite precisely following the (unnecessarily complex) directions, I'd still overcooked it. 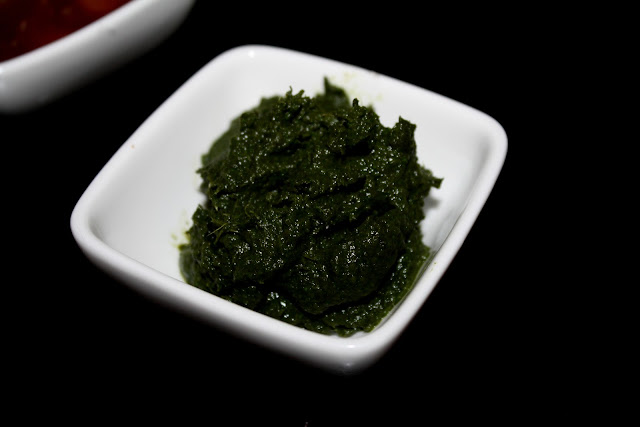 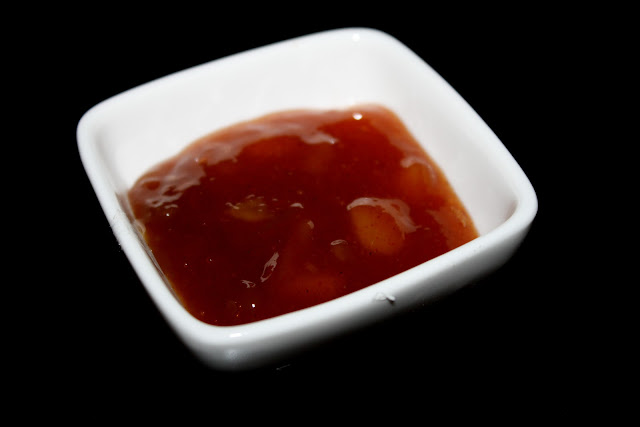 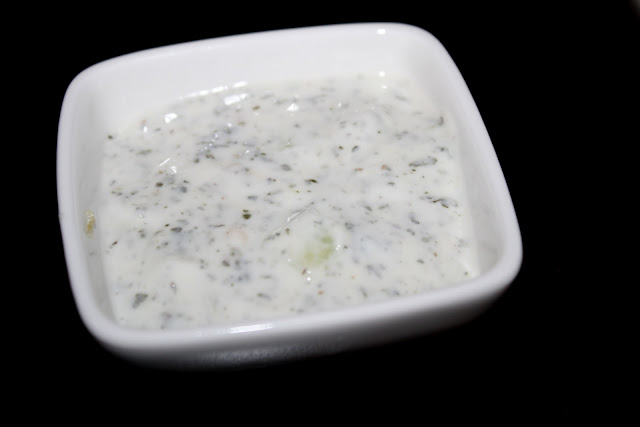 Raita is a yogurt-based condiment that can be used as a dip but is even more helpful in cooling down a spicy dish. I like my Indian food quite spicy, but Elizabeth likes to add some raita to her dishes. 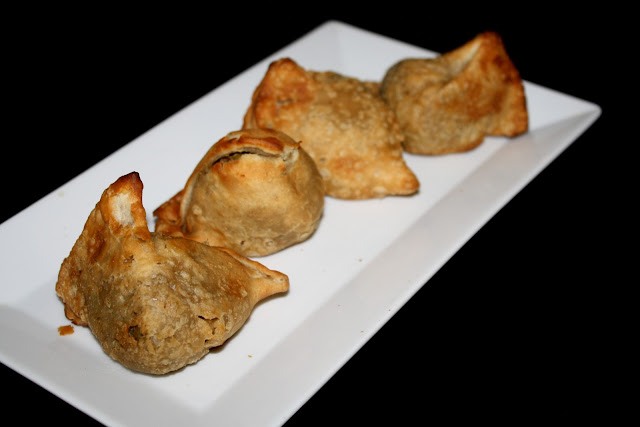 The market across the street from me, which is not a very good (or clean) market, and has what are easily the most unhappy, rude employees of any market I have ever been to in America, somehow manages to always have in stock some absolutely delicious samosas. I don't know where they get them, I don't know who decided that the market should refuse to carry fresh lettuce but should carry fresh samosas, but I don't care. I get them all the time. 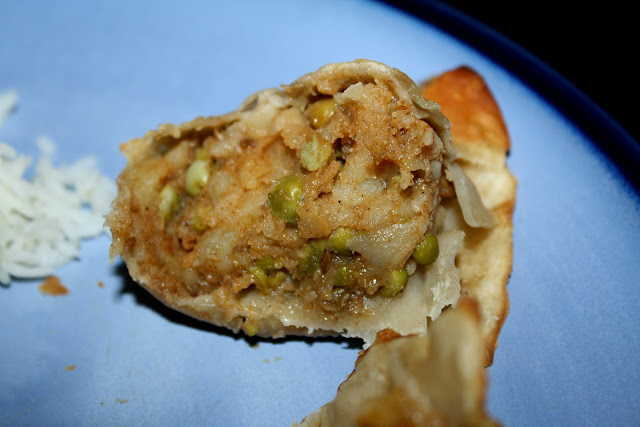 They carry two kinds of samosas: chicken or potato. Since the main entree here was chicken, I opted for the veggie, full of potatoes and peas. Less than five minutes in the oven gets them hot and a touch crispy. 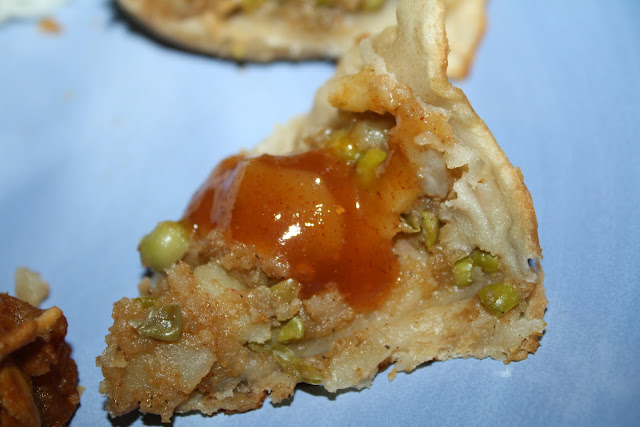 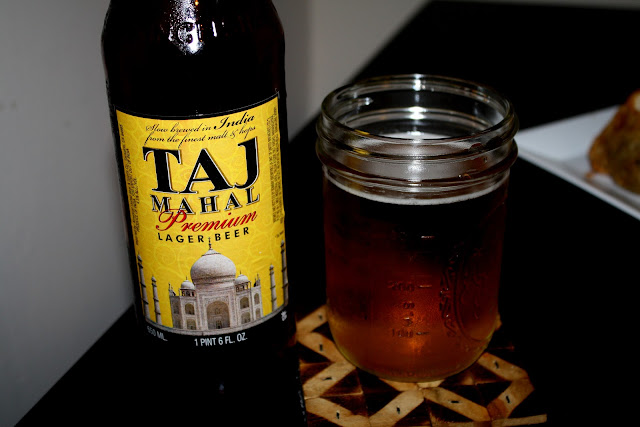 I wanted an Indian beer with this dinner. It was not easy to track down: I went to six different stores and ended up walking more than two miles. In a snowstorm. If you don't know me, this may surprise you; if you do know me, this will not. When I get it into my head what I want to eat or drink, it takes a lot more than bad weather to stop me. 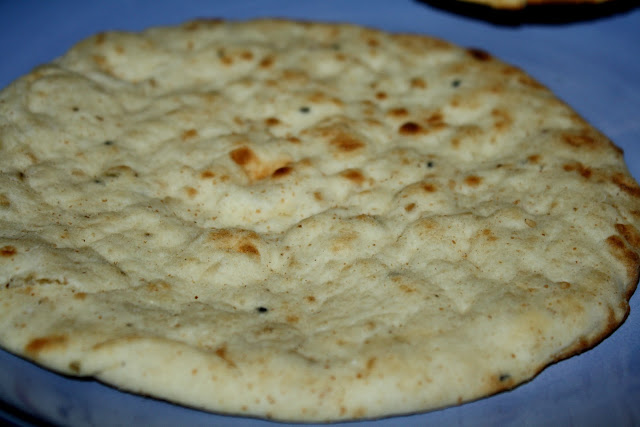 I heated up a couple of onion naan to eat with dinner, though to be honest I didn't have very much room for it.

It was a very nice dinner. We had plenty of leftovers, so I'll probably be getting creative later today. A chicken curry pizza on naan may well be in my future.
Posted by JustinM at 10:00 AM

I agree with you. Slow cookers are wonderful.

Good job with the meal. Thanks for sharing.

Haha, you should have told E, the decorative table was for her! Great job in the Indian food and gtk about the slow cookin. I will have to give it a whirl sometime soon.