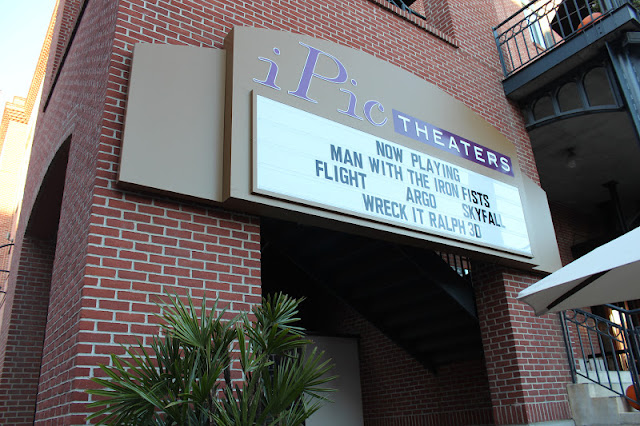 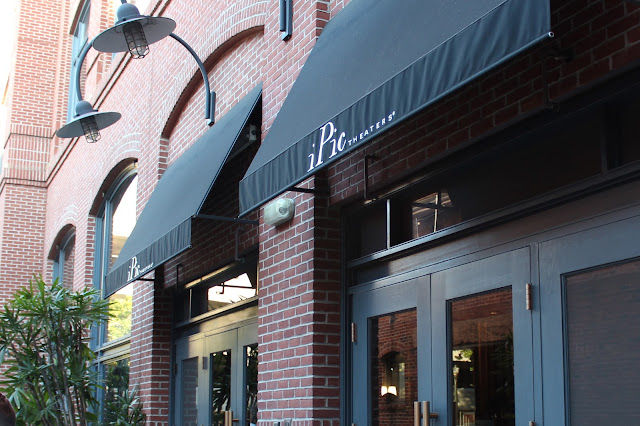 Last week my brother announced that he had bought eight tickets to see Skyfall at the iPic theater in Old Town Pasadena. I said cool. I actually haven't been to a movie in more than five years. (I used to see movies in theaters at least once or twice a week, I guess it's just one of those things about which I no longer care.)

When I was a teenager, I often saw movies in this theater - I think it was an AMC back then. A few years ago they turned it into a "Gold Class" cinema, with plush seats, gourmet food and drinks, and something like $30 tickets. I can understand the appeal of places like that for some people, but it's not for me and I never went.

But my brother and I grew up watching James Bond movies, and he was paying for the tickets, and my parents and a few friends were coming along, so I was looking forward to it. 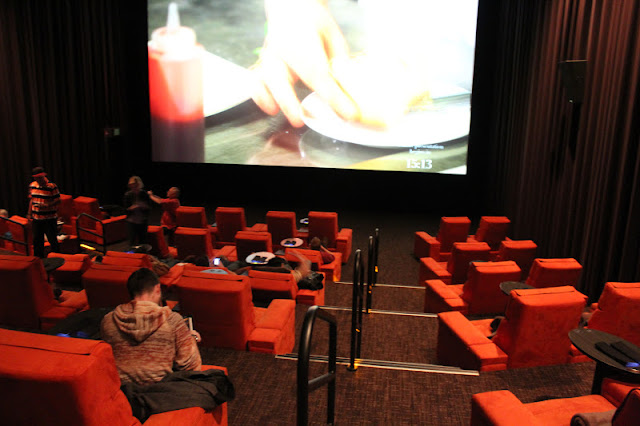 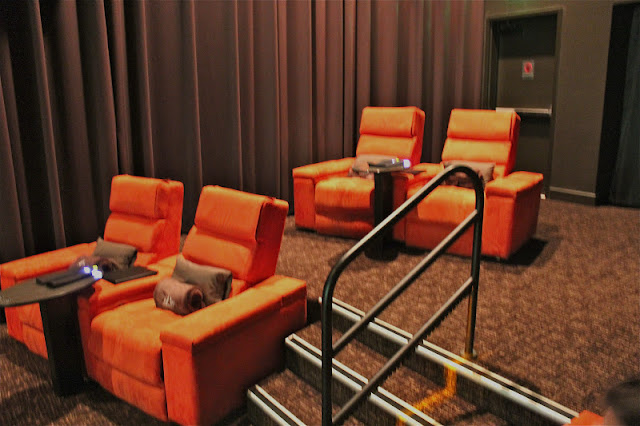 Not a lot of seats in the theater, which is necessary for the oversized seats and plenty of leg room. 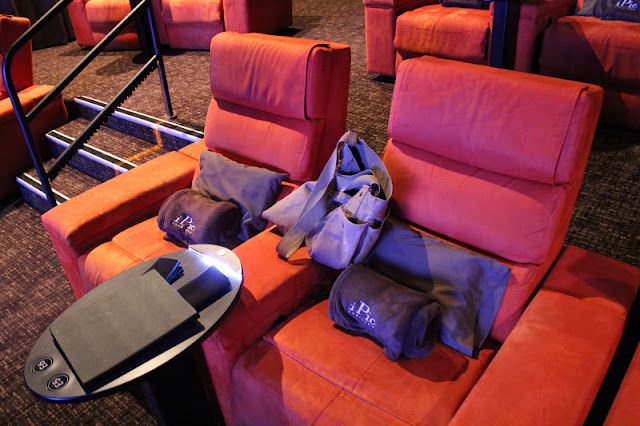 It was nice to not have to put my Jack Sack on a sticky theater floor, I will say that. 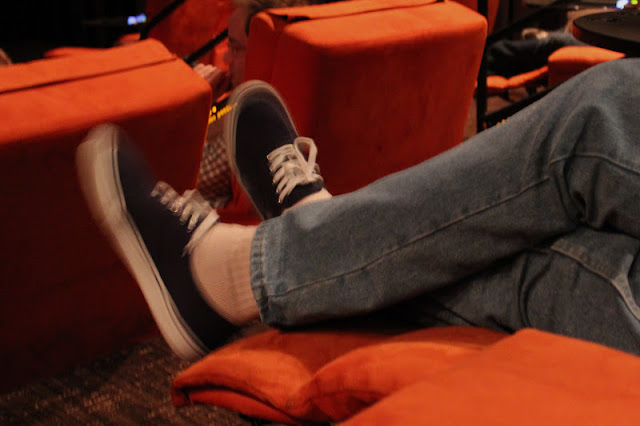 My dad immediately got into the spirit of things and reclined his seat. 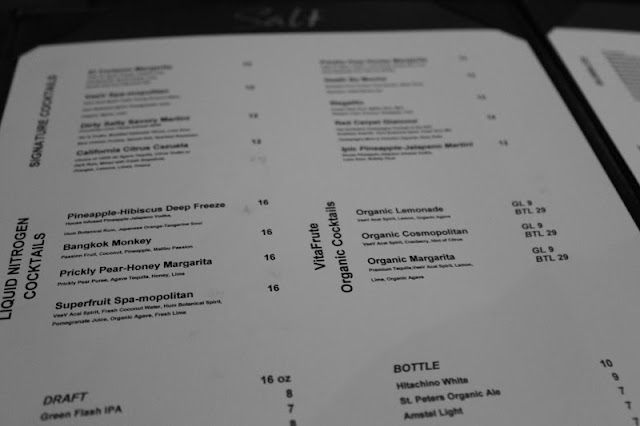 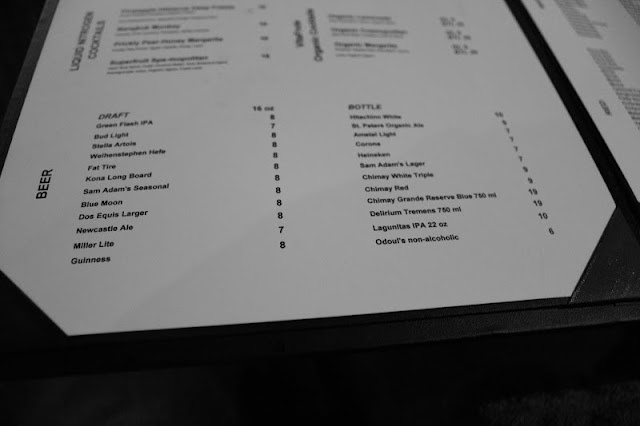 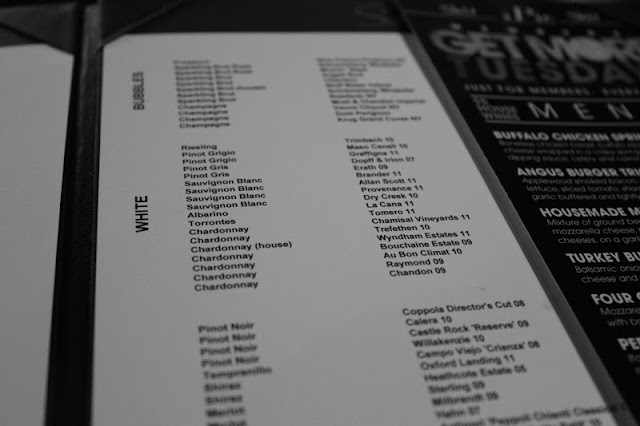 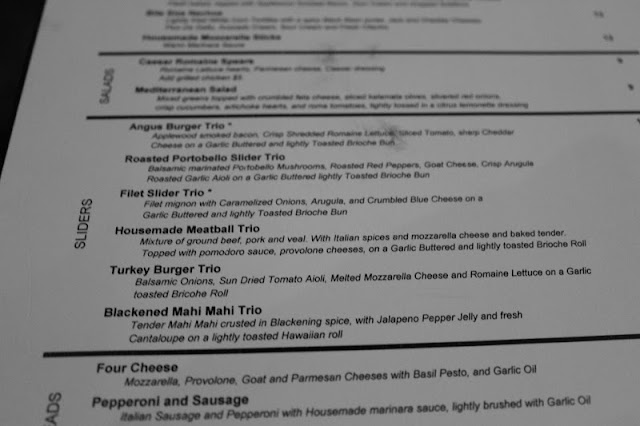 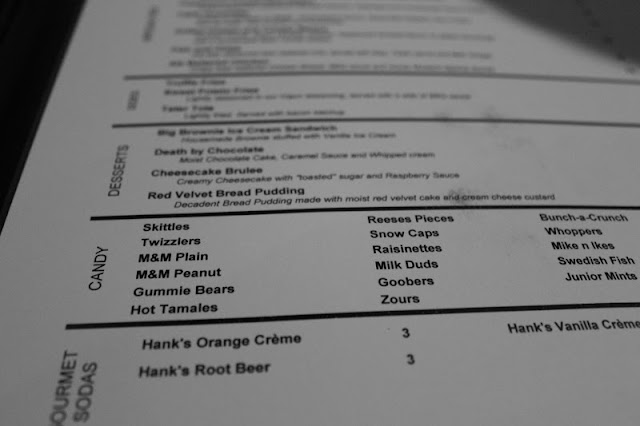 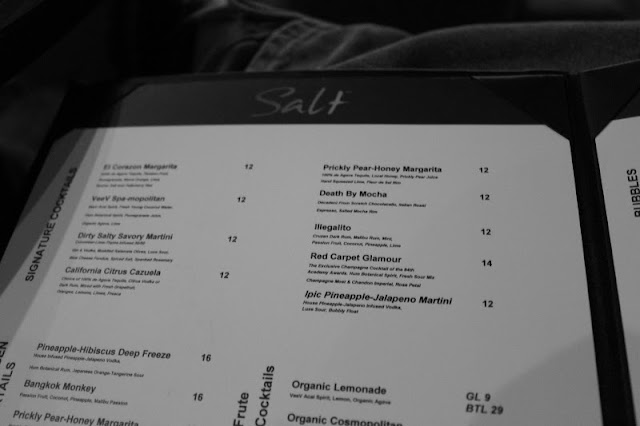 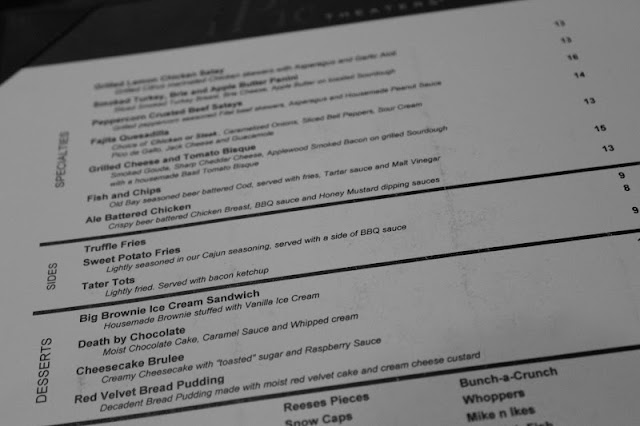 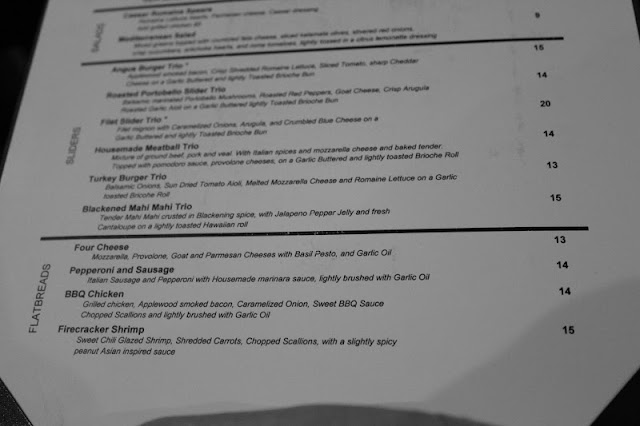 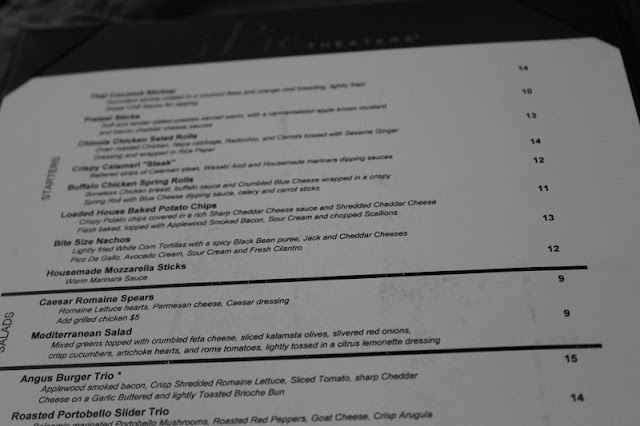 Definitely a lot of things that looked good. 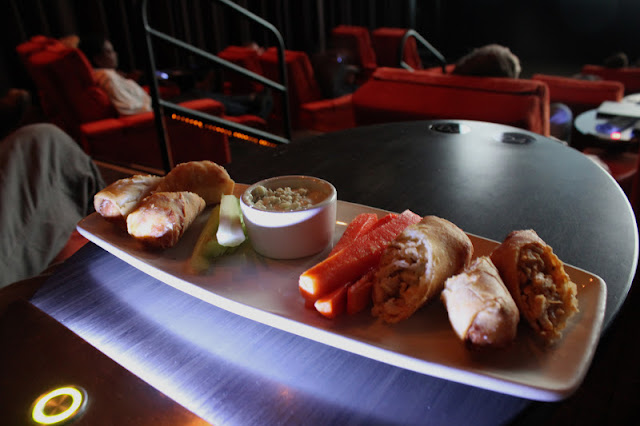 I opted to try the buffalo chicken spring rolls. (I've mentioned before the difficulty in taking pictures in really dark restaurants without using the flash; a darkened movie theater takes that to a whole new level. I probably took twenty photos; this was the only one that was usable.)

They were really good, much better than I was expecting: crispy, with juicy chicken and cheese. I wish the buffalo flavor had been stronger - it was barely noticeable - but overall these were a great snack. 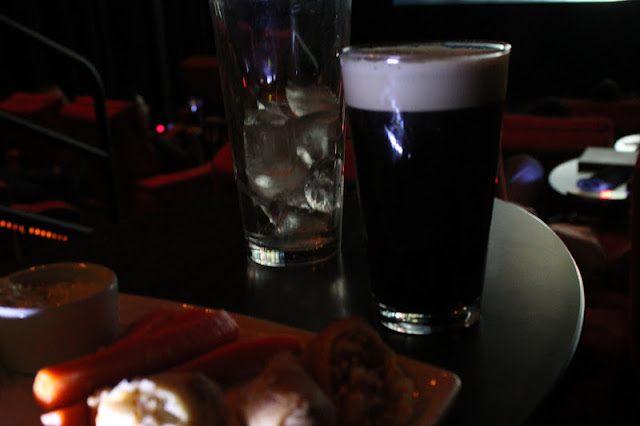 I've had beer in movie theaters many times. From movies at the Kennedy School in Portland with a fresh microbrew in front of me, to other, more frowned-upon occasions. (I remember my friends and I sneaking in half a liquor store to a showing of Armageddon when we were teenagers - which, come to think of it, was probably the only way to make that movie tolerable.)

But I've never had a Guinness until now. And it was a very good pint. 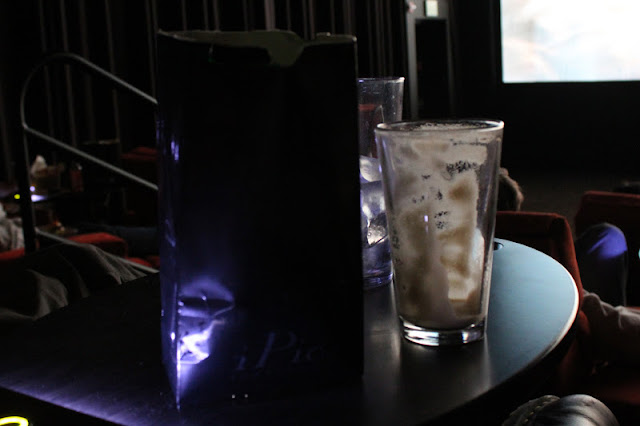 As soon as I finished my pint, an usher/server set down a bag of popcorn in front of me. I thought maybe that was my reward for finishing my beer, but then I saw every other person receiving one as well. I guess they give you complimentary popcorn.

I would return to the iPic if there is a movie I really wanted to see. (As you can guess, that doesn't happen very frequently.) It was an enjoyable way to watch a film. But I won't be making a habit out of it.

It looks really nice. Definitely nicer than the theater on Court.

Seven dollars for a Miller Lite draft?! No wonder I always sneak a few bottles into the theater. :)
[please don't tell me they frisk you at the entrance!]

Those are some damn spendy margaritas. But I love this concept.

You guys are right, of course, but I imagine people who have no problem spending $20-$30 on a movie ticket probably don't mind spending those prices on drinks.

Where's the link to your movie review?

and i realize this is off topic pp but if u could include more pics of your jack bag, id appreciate it.

Less expensive than the airport, at least...

BT - I admit it was the best Bond movie I have seen in a long, long time, but that's not really a high bar to clear. I am too grumpy to write movie reviews anymore; I just don't like 95% of them.

Mindful - Yeah, and I didn't have to pay for these!