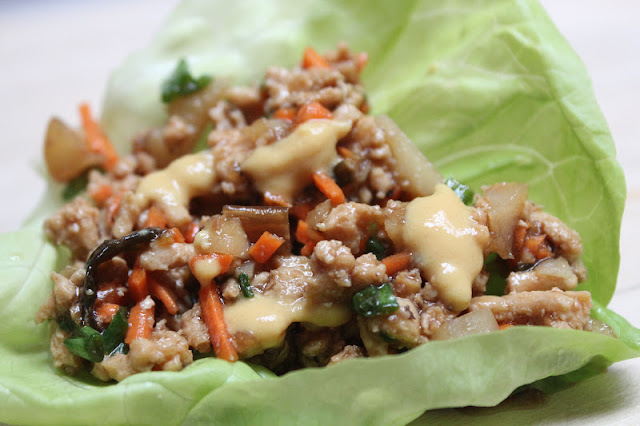 I came back to California the week before Thanksgiving so that I could watch the UCLA-USC game at my parents' house. I was trying to decide what to make when my mom told me she had eaten at Cheesecake Factory the day before and loved their chicken lettuce wraps. I used to make lettuce cups a decade ago and suddenly that sounded really good to me. 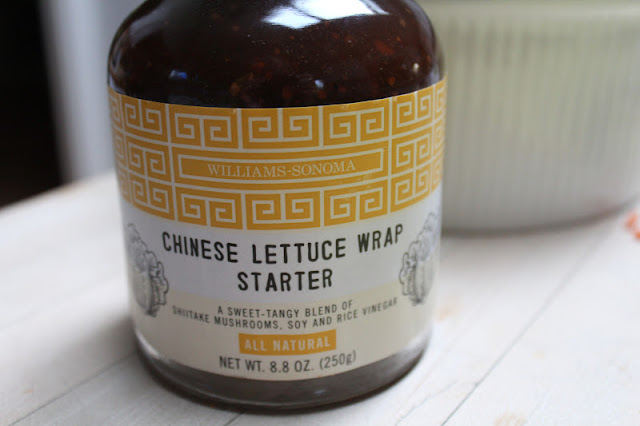 Williams-Sonoma sells this sauce. In the past I have made a sauce for chicken lettuce cups composed of water, soy, vinegar and sugar. But even though the price tag on this was ridiculous ($14.95), I decided to give it a try. 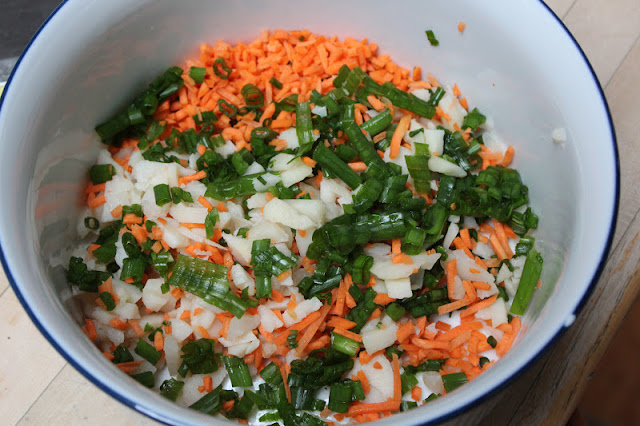 I diced up water chestnuts, green onions and carrots into a bowl. 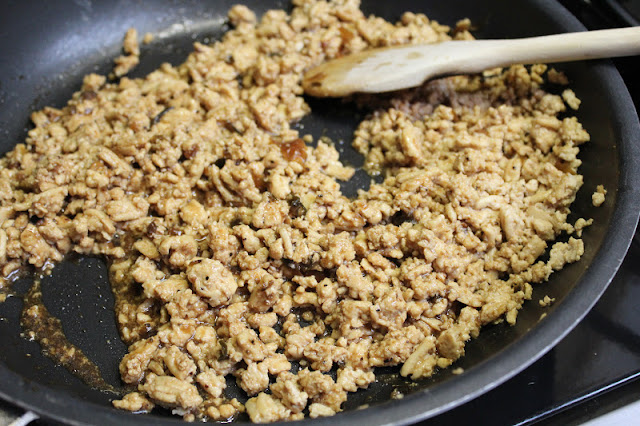 I cooked a pound of ground chicken in a skillet, then added the Williams-Sonoma sauce for a minute until it was warmed through. 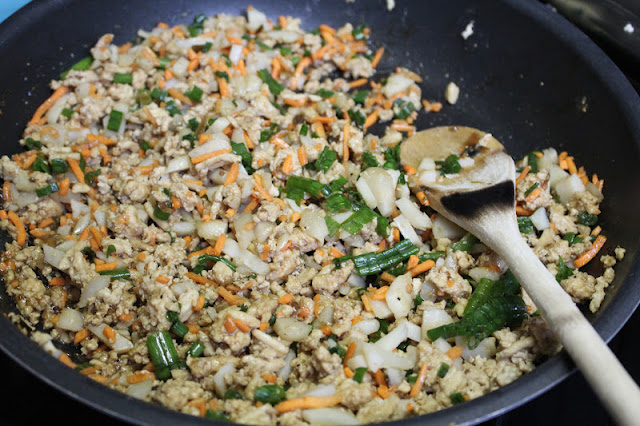 Then I turned off the heat, dumped in the veggies and stirred it all up. 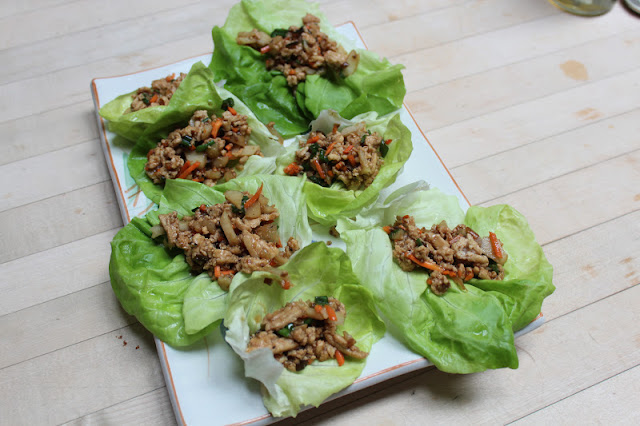 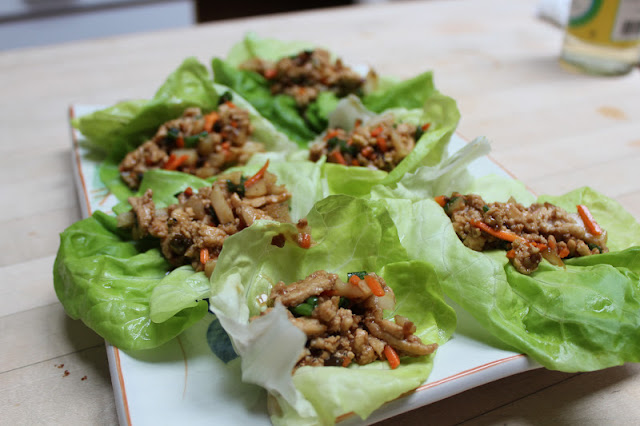 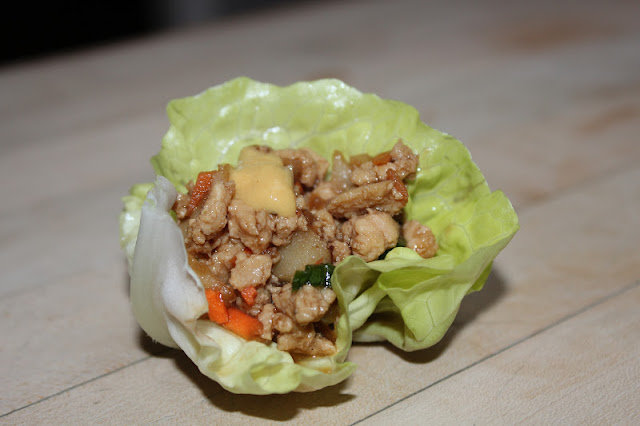 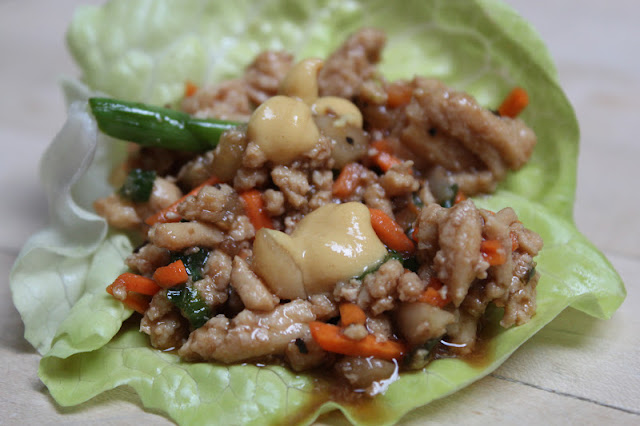 The chicken mix went into butter lettuce leaves, with a dollop of Chinese hot mustard on the ones I ate. I loved these. They were some of the best I have ever had. I still think it's silly that the bottle of sauce cost twice the rest of the ingredients combined, but I cannot deny that they were fantastic.

And since it was a whole day of football games - not to mention vacation - there were plenty of other eats. 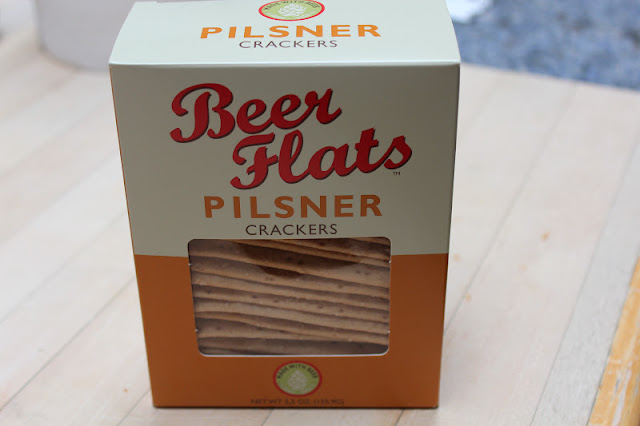 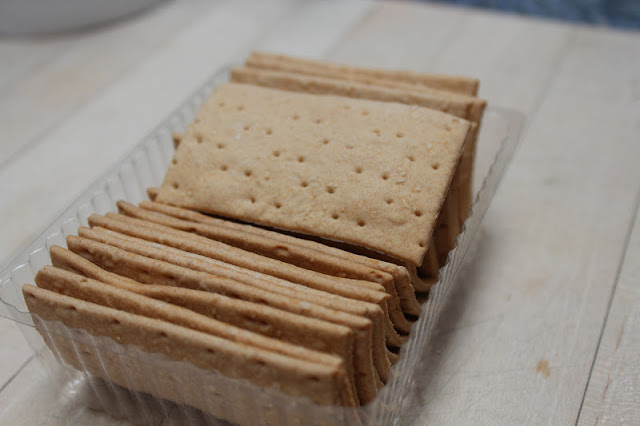 I didn't actually read the description of these; they claimed to be pilsner crackers, so I grabbed them. 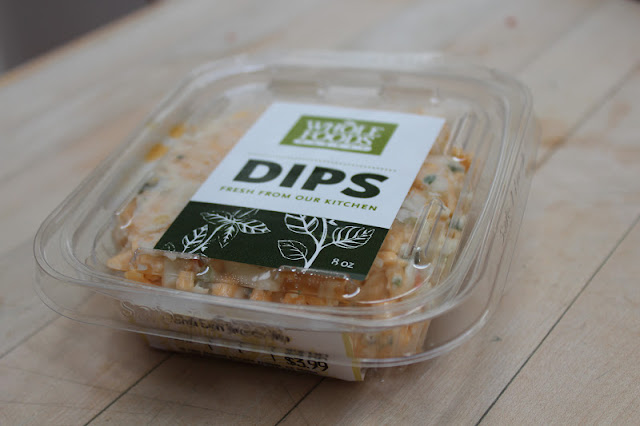 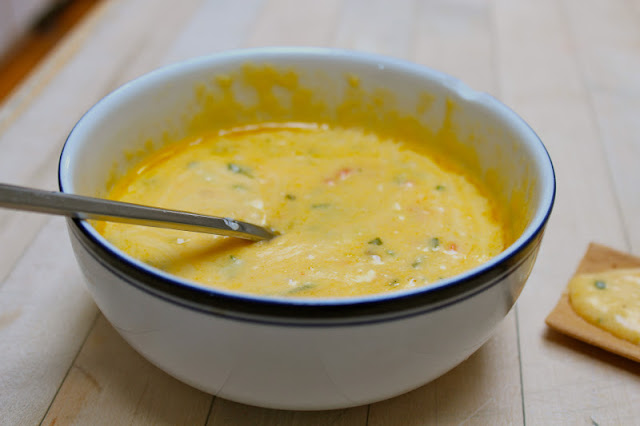 Spicy queso dip sounded like it would be a nice complement to those beer crackers. 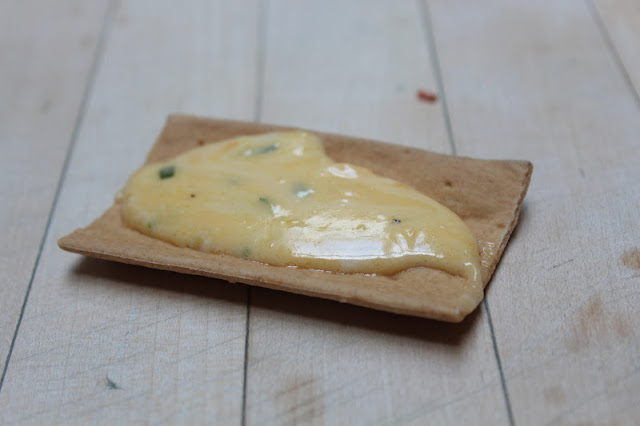 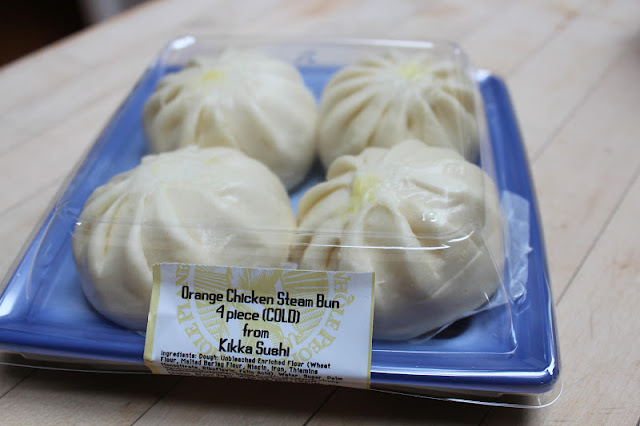 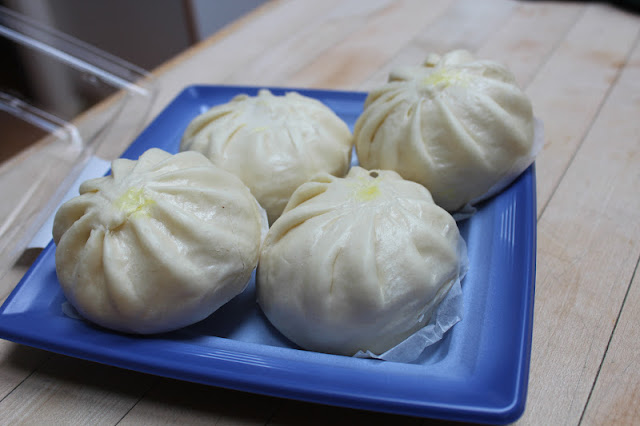 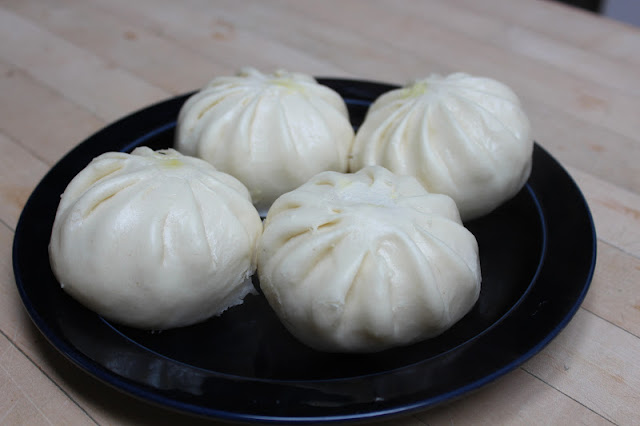 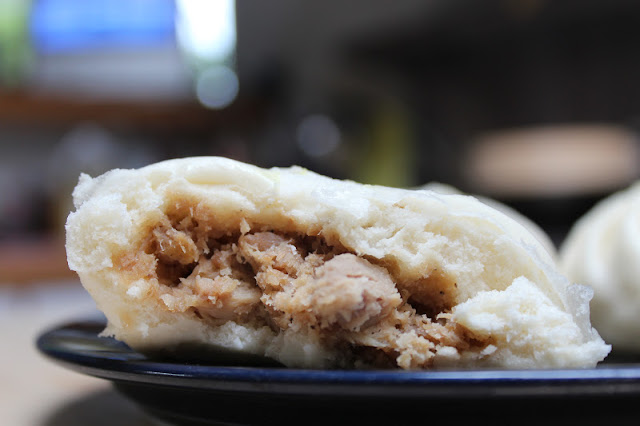 I've called Whole Foods pork buns the worst I have ever had. So why was I willing to purchase the orange chicken variety? I dunno, I'm kind of an idiot. (Really I'd never heard of orange chicken buns and I was curious.) Fortunately, they were not bad once I steamed them. I thought they would be juicier on the insides, but overall they were fine and I would get them again. 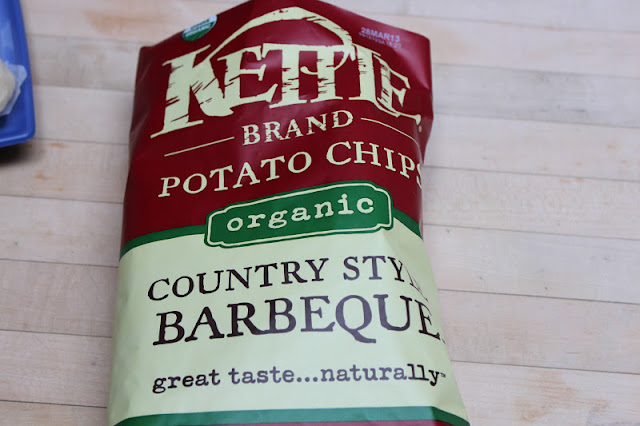 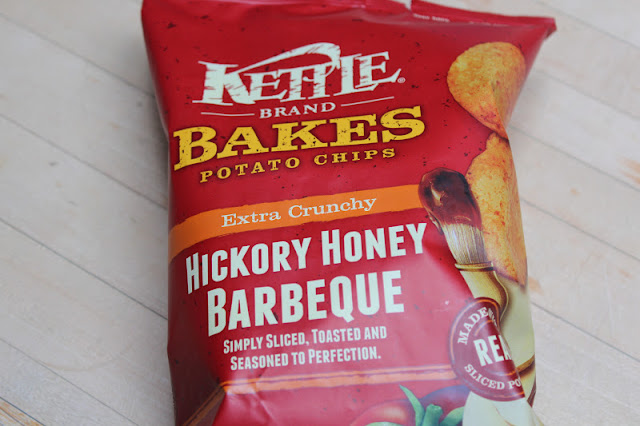 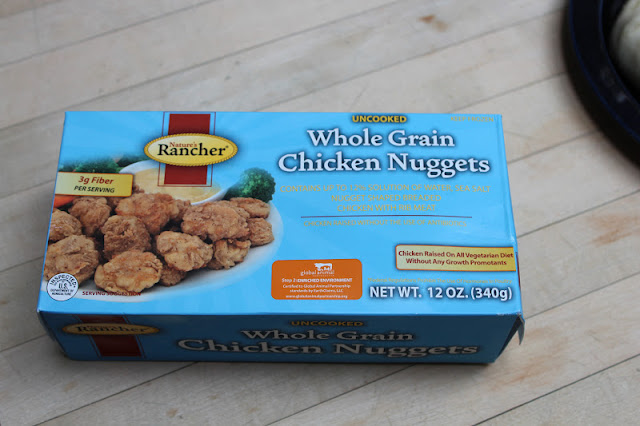 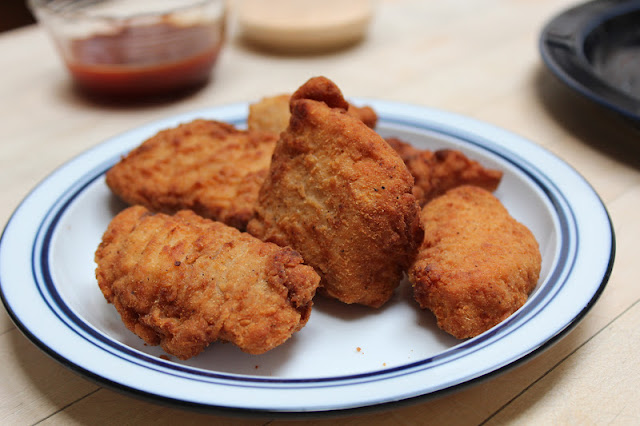 Some breaded-but-uncooked chicken nuggets from Whole Foods, too. I fried them up for about five minutes. 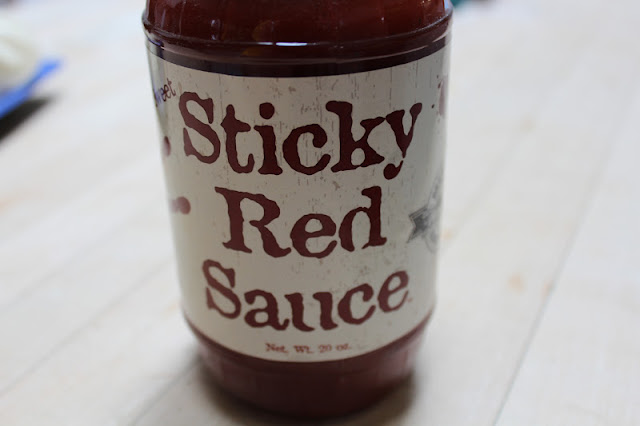 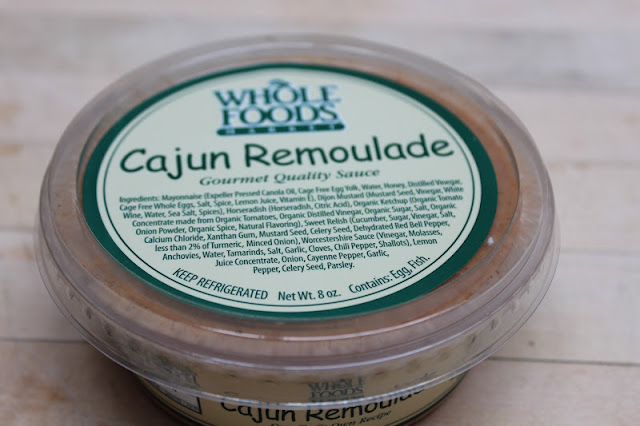 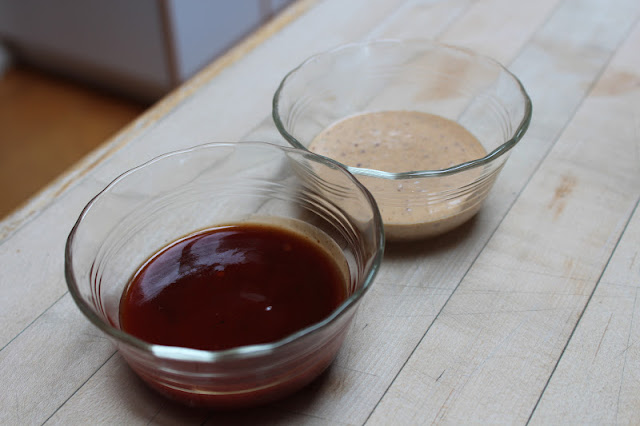 Since chicken nuggets require at least two dipping sauces, I used a "Sweet Sticky Red Sauce" and a cajun remoulade. The former was really, really sweet. The latter was quite spicy. But both went well with the nuggets.

It was my favorite day of the season - actually, of the last several seasons.

This got a lot of laughs on the Chowhound board I visit. I thought it was hysterical. Language alert!