Back in the Dog Haus (By Popular Demand) 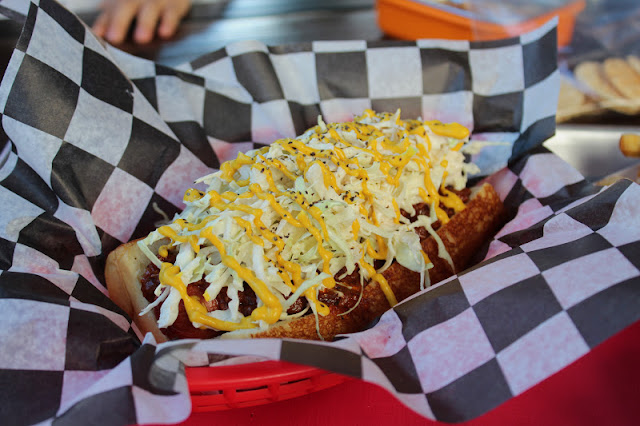 The other day, Mike N. said he wanted to see me return to Dog Haus Biergarten. Another person emailed to say that she, too, would like that. A friend texted me that he wanted to see more Dog Haus. So when my friend Bryce and I were talking on Sunday evening and he asked if I wanted to visit Dog Haus for lunch Monday, I said absolutely.

He told his little girl, Lucy, that she would be seeing Uncle Justin the next day. "We go on airplane to New York?" she asked. He had to explain that no, they would just be going three blocks from home. But that was okay with Lucy; she loves french fries more than anything - that's her with the cup of fries at Dodger Stadium in my photo collage - and Dog Haus has great fries.

Bryce ordered the Reservoir Dog above: chili, yellow mustard and cole slaw. I've had this dog before - it may have been the first dog I ever had at Dog Haus - and it's great. 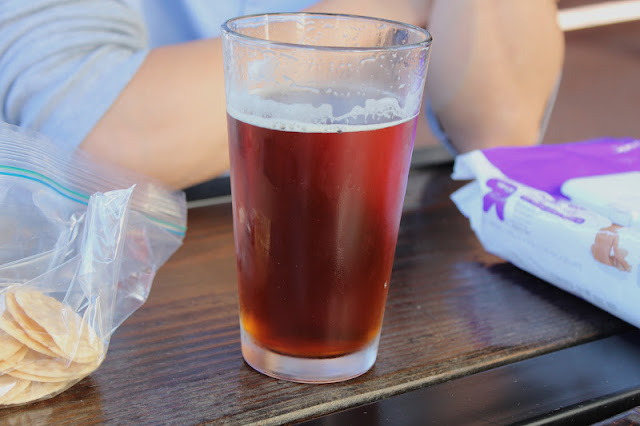 Bryce had a Hanger 24 beer. 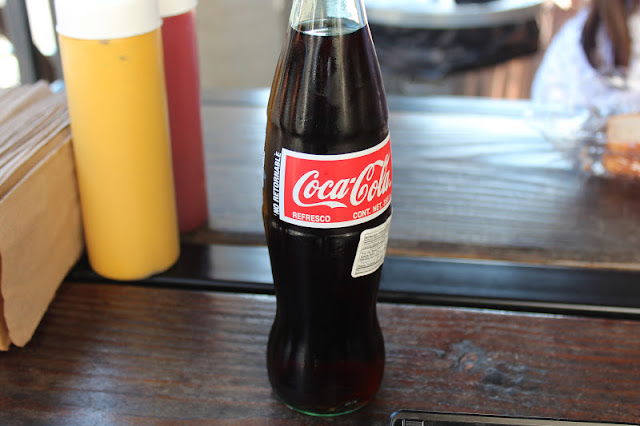 But I wanted caffeine, so I had a Mexican Coke. 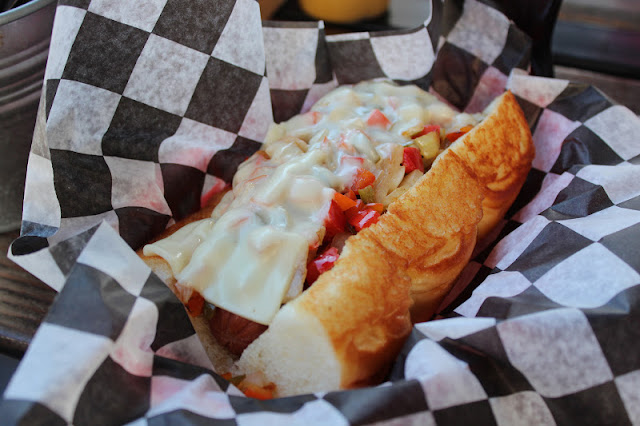 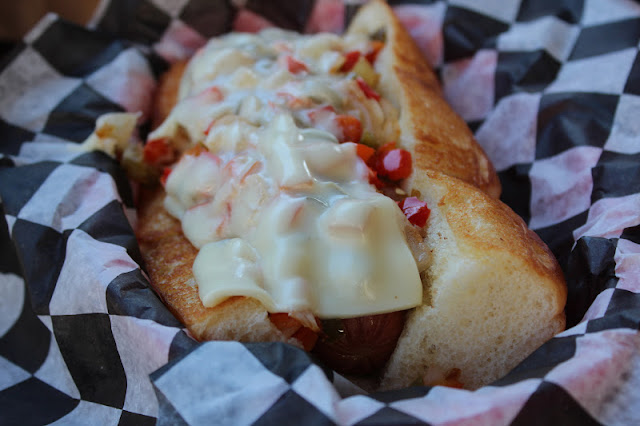 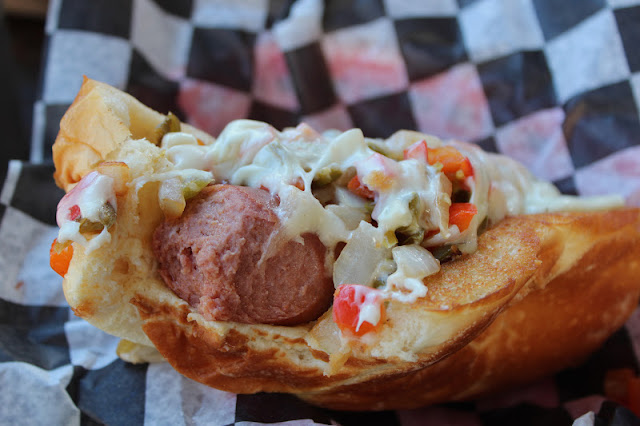 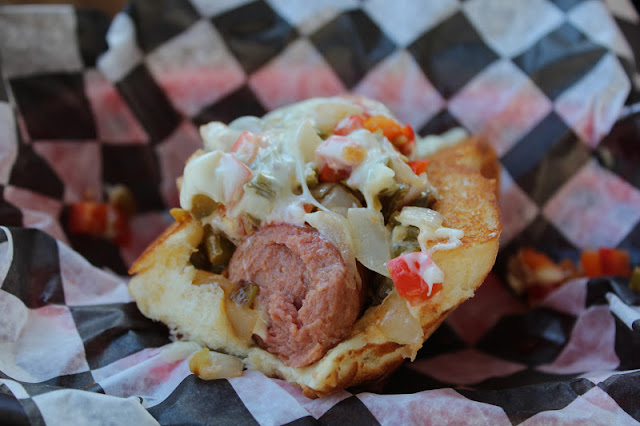 I had the El Mariachi: grilled onions, red bell peppers, pickled jalapenos, and white American cheese. It was fantastic. I've had some really good hot dogs in New York, but none that I like as much as Dog Haus. I miss this place a lot. 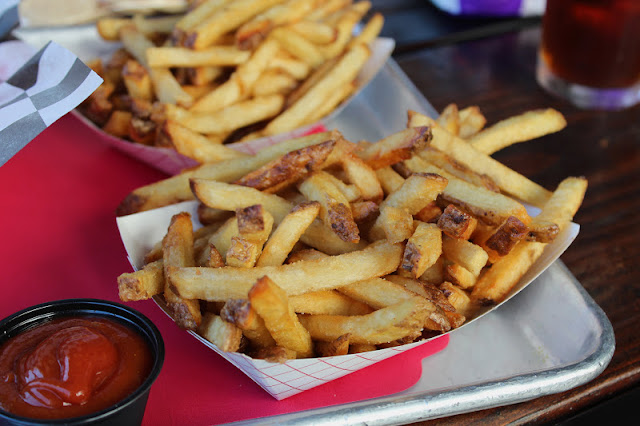 "French fries!" Lucy squealed in delight as the server placed them down in front of us. I was extremely hungry (I had come from just walking around the Rose Bowl, another Pasadena thing I miss very much) and I inhaled the crispy, hot fries quickly. Lucy didn't eat them as rapidly as I, but for a three-year old, I was impressed.

It was great being back here. I'll probably visit it again before I leave.
Posted by JustinM at 1:24 PM

lunch dates with uncle justin are the best!

What makes their dogs so good? Are they beef?

Awesome! It all looks so good! And it looks like great weather to boot.

David - I didn't try any but Bryce downed it.

amy t - Little Lucy is the best. I am so happy I have at least two more Mondays here.

Banana - Yes, they are all-beef, skinless quarter-pound dogs. The wieners themselves are great, but the quality of the toppings is just fantastic. I have never had them where they WEREN'T.

Mike N. - Yep, damn good. And they have a burger that sounded so good I almost changed my order to try it. (And then I realized that I could just go back and get it. So I will.) The weather is like crack right now.