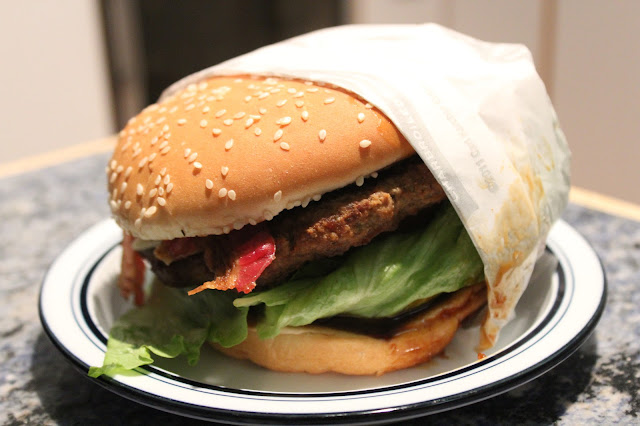 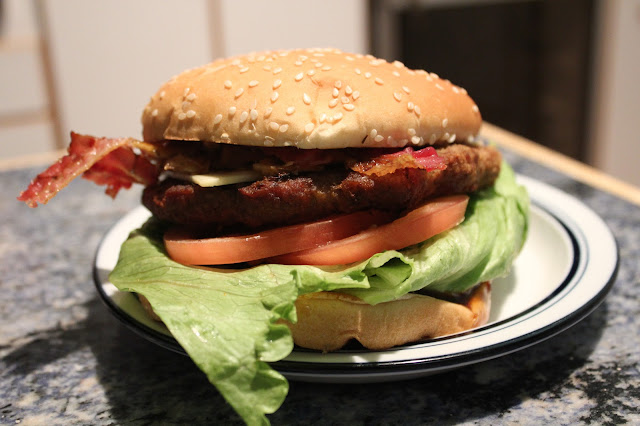 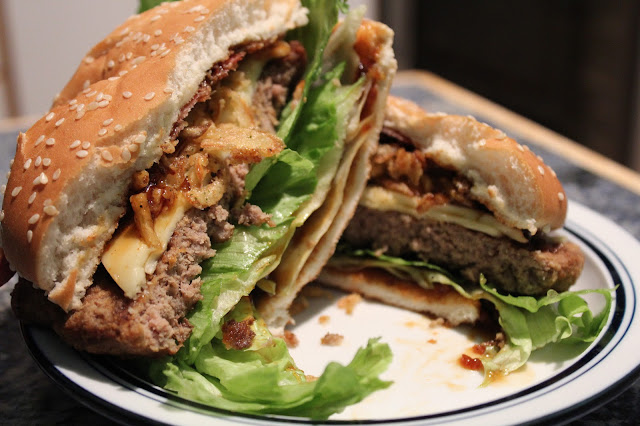 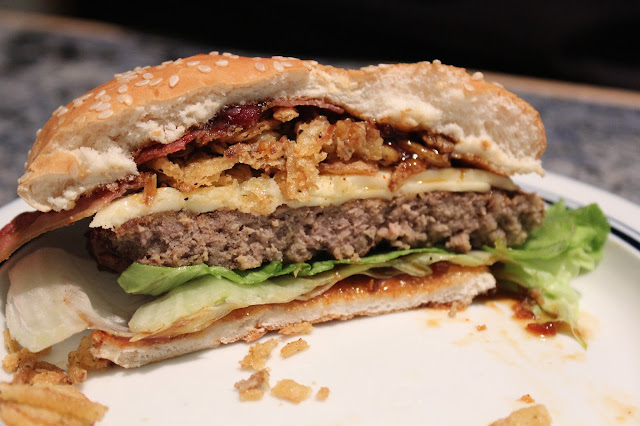 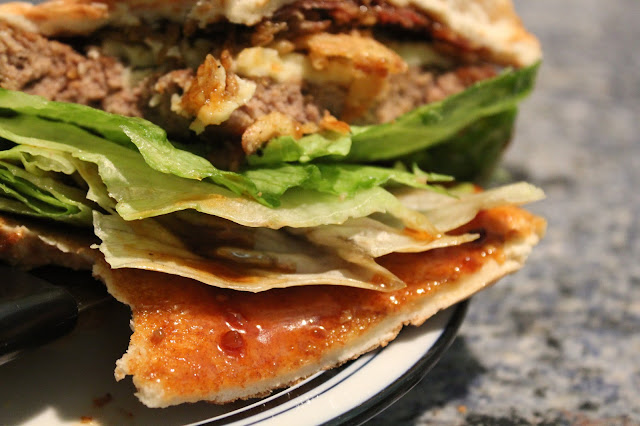 I've never been a big fan of Carl's Jr. I don't have disdain for the place like I do a couple of fast food companies, but I do not enjoy their burgers. However, as I have written many times over the years, the words whiskey, boneless, or chipotle always grab my attention. "Bourbon" is close enough, so Carl's Jr.'s new "Jim Beam Bourbon Burger" sounded decent enough to try.

I ordered the Six Dollar version, and as usually happens these days, it was more than six dollars. (Remember when they came out with the burger? The whole point was that it cost $3.95 but tasted as good as a burger for which you would pay six dollars in a restaurant. Eventually, I imagine they will be charging eight bucks for these; I hope they keep the name.)

I'm not going to go into detail about how I didn't like the burger overall. What's the point; I've already told you I don't enjoy their burgers. Instead, I'll tell you what I did like about it: the bacon was actually crispy and I liked the crispy onion strings.

I felt the sauce was too sweet initially, but there was definitely some spiciness appearing after a few seconds. (I'm staying at my parents' house while in California, and I gave a small bite to my mom, who immediately proclaimed it "much too spicy.") Overall I did not think it enhanced the flavor of the burger. I wouldn't mind trying the sauce again on a chicken sandwich and I would encourage Carl's to offer it that way.
Posted by JustinM at 1:55 PM

Well, to play devil's advocate, you're not going to get a just-above-raw burger at Carl's Jr. like you make at home... just sayin' :)