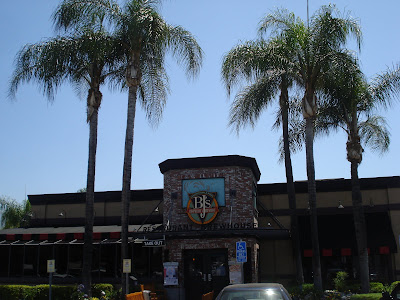 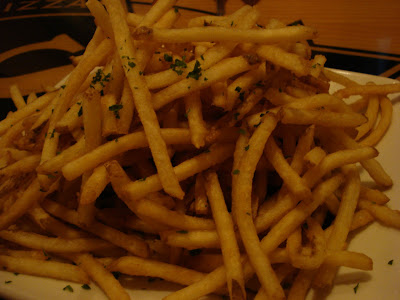 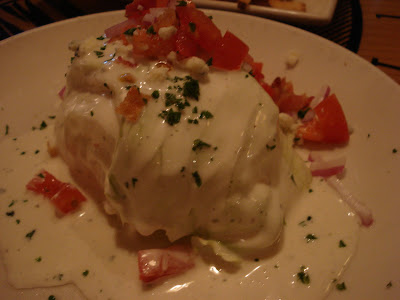 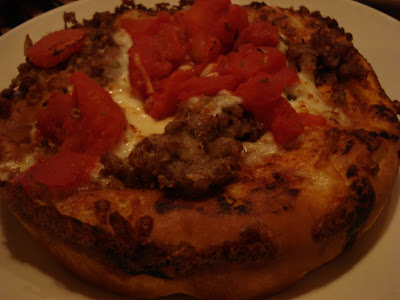 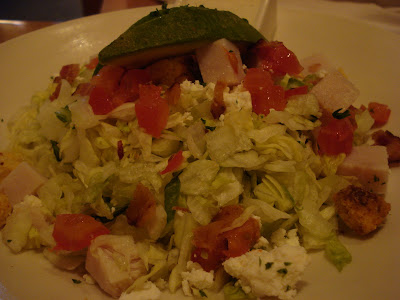 I have had some of the best times of my life in this building, although not always when it was BJ's. When I was young this was a Bennigans, and I always loved going there and eating their buffalo shrimp, one of my favorite foods ever. (Other than a meal at one of Laurent Tourondel's restaurants in New York a couple years ago, Bennigan's buffalo shrimp were the best I've ever had.) My senior year of high school, my friends Jon, Dave and I watched Monday Night Football here every single week, usually eating several orders of shrimp each time.

Bennigan's closed and the location became a BJ's about a decade ago. I had first eaten at a BJ's in Boulder, Colorado, shortly before the Aracdia opening. I liked their deep dish pizza, although I didn't love it. I went to the Arcadia BJ's on occasion, usually for their happy hour, which is a good deal. During the 2001 NBA playoffs, I grabbed the best table in the house several hours before one of the Lakers-Spurs games and waited for my friend Tom to show up. He eventually did, and we watched the Lakers destroy the Spurs by 39 points.

The other day I was trying to figure out where to go for lunch with an acquaintance. She was in the mood for a Cobb salad and I suggested BJ's, having not been there in years but remembering that they had a good selection on salads on their menu. Even though we got there early, about 11:15, the place already had lots of people there. We took a booth on the side of the restaurant. (The same booth I sat in when I was 15 and the first of my friends got his drivers license; we immediately came to Bennigan's to eat.)

There was a lunch special on the menu: a one-topping mini pizza and small salad for $7.95. That sounded like a good deal to me, so I ordered a meatball pizza and a wedge salad with a garlic-buttermilk dressing. Mindful of a few days earlier, when I had ordered a lunch special at Red Lobster and only received 6 small shrimp, I also ordered some shoestring fries as an appetizer. My dining companion got her Cobb salad.

It was when the fries and my wedge salad arrived that I realized there was going to be more food than I needed. They were a massive pile of fries, perfectly cooked, with a touch of garlic and parsley. The wedge was a good size, too. I loved the garlic dressing and we requested a side of it to eat with the fries. I knew as I was shovelling down the fries that I was going to fill up, but I didn't care. They were awesome. There was a time when I was younger that I would eat any fries that were put in front of me, but as I get older I get more and more snobby about fries, to the point that there are now very few restaurants whose fries I like. So when I get some like this, I make sure I eat them.

I am not sure if I have ever had a regular pizza from BJ's before. The only two I can remember having are the barbecue chicken and buffalo chicken, which are both very good. Of course, neither of those were available as part of the lunch special, understandably. The meatball pizza was good, but it was bland. The meatball was too dry, as if it had been left over from the day before. Still, I ate all of it. If it wasn't part of a special and I had just had it by itself, I would have been disappointed, but for such a good deal it was fine. The Cobb salad was described as "great," but I was too full to try it.

This was my first time at a BJ's in over 7 years. (My friend Taylor and I went to the BJ's in Westwood on his birthday and had a few beers for lunch that time; he went back to a law school class slightly buzzed.) And it wouldn't surprise me if it takes another 6 years to go back, if not longer. I like the place, but I don't really go out for happy hour anymore like I did when I was younger, and there is much better pizza around. And I liked Bennigan's much more. It was a nice lunch, though, and a great deal for the pizza and salad.
Posted by JustinM at 10:39 AM

I'm probably one of the biggest fans of french fries ever and those fries look delicious.

Were they garlic fries or just had some green spices on em?

There was definitely some garlic, but I would not go so far as to call them "garlic fries." That seems nonsensical but if you're one of the biggest fans of fries you know what I mean. Garlic fries are the kind of thing that have garlic in every bite and for the rest of the day people ask "Geez, did you eat garlic for lunch?" These were not that kind of fries.