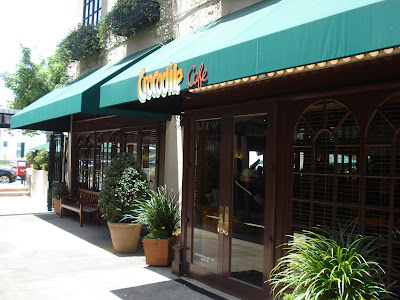 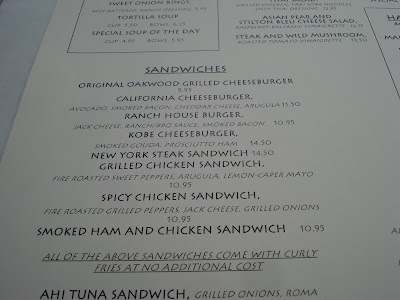 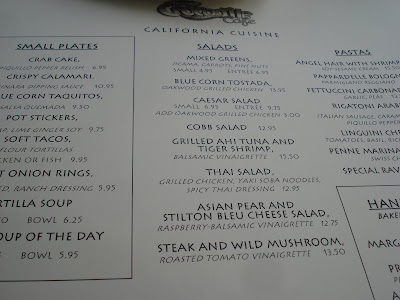 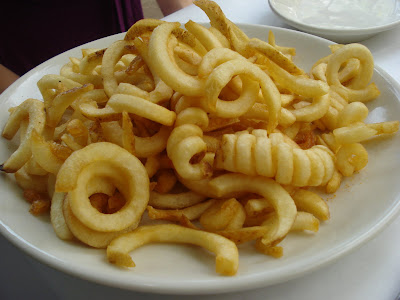 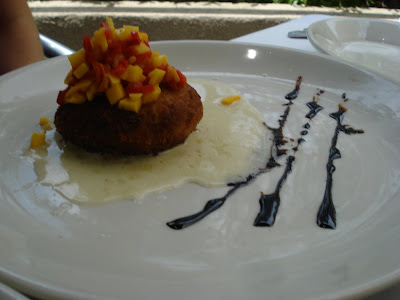 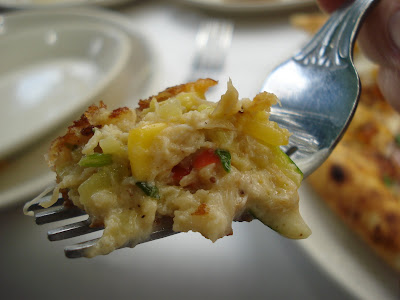 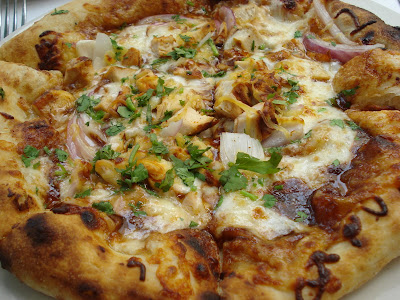 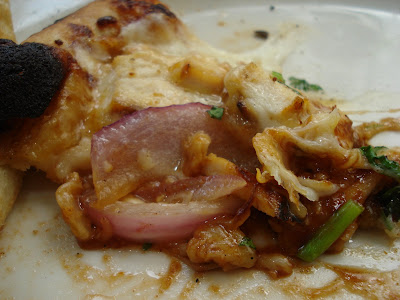 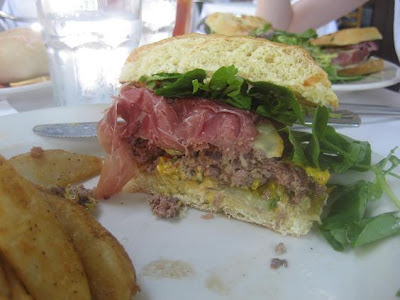 I have been eating at Crocodile Cafe for about twenty years. It was always a favorite of my family's when I was young. We would often go there with friends, or with my grandmothers, or just for a Friday night dinner. My brother and I would devour a plate of fries every time; my standard order was the "three-section pizza," until I decided that the barbecue chicken was much better than the other two sections (cheese and sausage) and I started ordering that.-
-
There used to be several more Crocodile Cafes. The Glendale location, which had been called the Crocodile Cantina (it had more of an emphasis on Mexican food) became a Crocodile Cafe for a few years. There was one in Old Pasadena on Colorado Blvd. and one in Santa Monica. Years ago I lived in Boulder, Colorado, and there was a Crocodile Cafe in Denver that I went to a couple times. They, along with a couple others, are all closed now, I believe.
-
But the Lake Ave location is still going strong, and I enjoy going there and sitting on the patio. For years my friend Clare worked right across the street and we would meet for lunch at Crocodile Cafe about once a month. Then she had a baby last fall and ruined my lunches at the Croc. Some people are so selfish.
-
So it had been months since I had been there. Saturday, Elizabeth and I went to the Smith & Hawken going-out-of-business sale on Lake Ave. It was hot but not unbearable, so I suggested we eat outside at the Croc. It wasn't terribly busy and we scored a nice table in the corner of the patio. The menus used to be several colorful pages in vinyls sleeves. Now it is one single-sided, oversized piece of paper with the items listed in black. Much more simple, but, I have to say, more attractive.
-
There was no doubt I would be starting with an order of fries, which are some of my favorite in town - curly fries dusted with a significant amount of seasoning salt. These are the only fries in the world that I prefer to eat with ketchup rather than aioli, mustard, or mayonaisse. I can't explain why. (My dad used to request a side of their lime-cilantro sauce to eat with the fries; it was a good sauce but I never felt it complemented the fries well.)
-
Elizabeth wasn't starving and she mentioned that the crab cake appetizer looked good. I suggested she get that and we split the fries, which are always a large portion. And I ordered my usual barbecue chicken pizza. When the fries came, they were hot and crispy as usual, but there wasn't enough seasoning on them. I added some salt - something I almost never do - and they were better.
-
Elizabeth's crab cake was delicious, certainly one of the better ones I have had in Southern California. The pepper relish on top was a nice touch. They creamy sauce was extremely rich but it went well with the crab. My pizza was great, as always. There are two things that make a barbecue chicken pizza, in my opinion: the sauce and the red onion. The sauce has to be a bit on the spicy side, and there has to be a little bit more of it than necessary. And there has to be a nice amount of red onion, some slivers and pieces of it, not just finely diced bits. Crocodile Cafe nails both these things, much more than California Pizza Kitchen, who claim to make "the original barbecue chicken pizza."
-
After I ate all that I was still hungry, so I ate a Kobe burger as well. I'm only kidding. That picture of the burger is from a trip to the Croc last summer. But I wanted to include it, because it was one of the best "gourmet" burgers I have had. The Kobe beef is topped with prosciutto, smoked gouda, and arugula. It is a pricey burger ($14.50), but there are other restaurants in town charging more for inferior Kobe burgers. Does it compare favorably to the $7 hamburger and fries at Hutch's? Nope, not at all. Hell, I probably like the $3 animal style double-double more. But it was a good burger and worth the high price.
-
As long as the patio at Crocodile Cafe exists, I will continue to go there. The acoustics inside - like Smitty's a couple doors down - are absolutely terrible and when it's crowded you have to yell at the person next to you just to be heard, especially if you're near the open kitchen. But the patio, sunken a couple feet below street level, is one of my favorite places to eat in Pasadena.
Posted by JustinM at 11:28 AM

Crocodile Cafe had the best food I have ever enjoyed. I was a Crocodile manager who worked in Pasadena, San Diego, A finally Denver. This concept, except for it's name, should have been a huge success. I miss the food (to many favorites to mention individually) I would stress over which incredible meal I would enjoy each day.

Of all the things you could stress about, that's not a bad one. I never went to the San Diego location but I went to both Pasadena locations and the Denver location a couple times. I would love to hear your "insider" opinion as to why the concept didn't work as a chain, particularly given the fact that the original location has been so popular for two decades.

"A huge success"? Hohoho! I was surprised they lasted as long as they did, and that they had more than just one. They're lucky for the success they had.