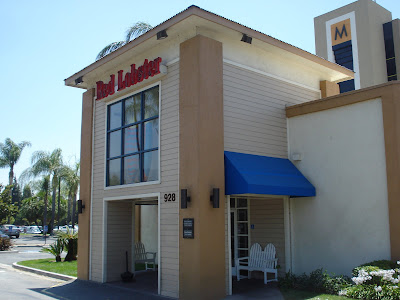 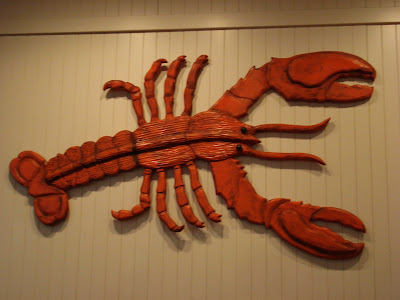 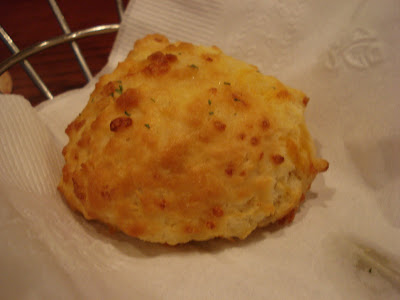 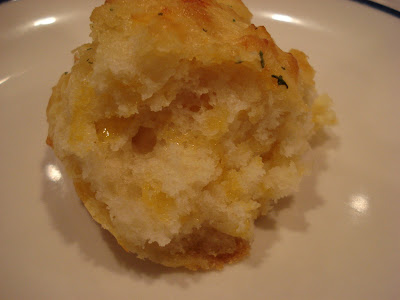 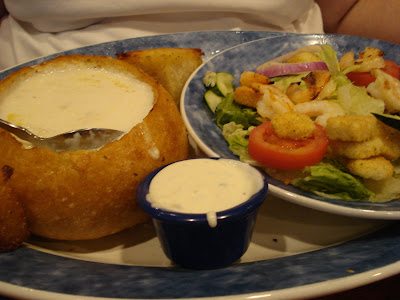 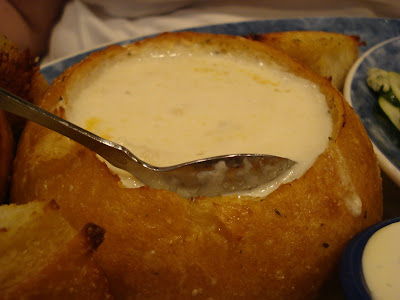 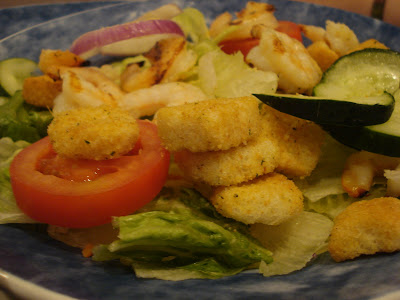 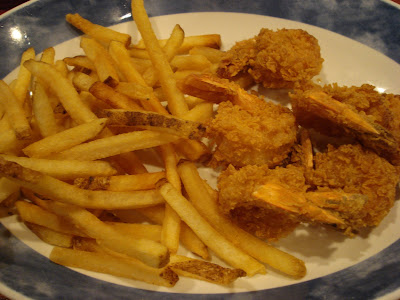 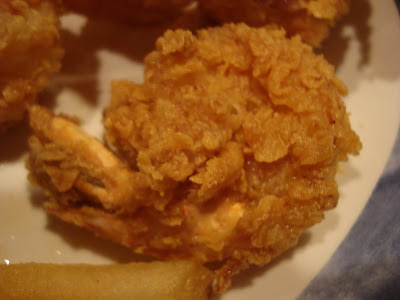 Ah, Red Lobster. I was over at my parents' house yesterday and trying to decide where to go to lunch with my mom. She wanted Din Tai Fung and I did not. I wanted barbecue and she did not. A commercial for Red Lobster came on the TV so I suggested that, which she agreed to with a "well, OK, since I can't think of anything better" kind of look.

There was a time, about a decade ago, when I went to Red Lobster frequently with my grandmother. Not surprisingly, she loved it. All old people love Red Lobster. But she passed away 7 years ago and, other than a couple of compulsory work dinners at Red Lobster, I have not been back. I don't think my life has been any poorer for that. (Once, I absolutely loved mahi mahi, it was my favorite fish. In my early 20s, my dad and I ate at a Red Lobster in Santa Maria and I had a mahi mahi so terrible that I have never been able to eat it again.)

We took a booth underneath a giant wooden lobster. Elizabeth worked at Red Lobster in the summers when she was in college, so I emailed her a picture of the lobster, asking "Can you guess where we are?" (She immediately replied "Yes. I can.") We were given the usual complimentary basket of cheddar biscuits. I have never liked these. Ever. But these were damn good, fresh out of the oven and not at all greasy, like every one I have ever had before.

"I usually don't like these at all," my mom said, "but these are really good." Hmm. It's like we're related or something.

She had the soup (clam chowder) and salad. She did not care for either. I tried some of the salad. It was decent, although the shrimp on it were lousy. I did not try the chowder.

I ordered the "beer battered shrimp & chips" off the lunch specials menu. It was only $6.99, so I knew it wouldn't be a huge portion, but I wasn't starving so I figured that would be OK. Curiously, the shrimp came with fries instead of chips. (And no, this was not a English-style shrimp & chips. It was supposed to come with homemade potato chips. Whatever.) The shrimp were very good, but there were only six of them. As I said, I wasn't expecting a massive portion, but I could have gone to the Popeye's a few blocks away and gotten a heaping plate of the exact same shrimp for the same price. (The lesson, as always: you can't beat Popeye's.) I was still a little hungry after I finished my plate, so I had another biscuit and some of my mom's garlic bread.

It wasn't a bad meal, and it was certainly affordable. But it wasn't good. I remembered that the reason I used to come here frequently was because my grandmother loved it, not because I enjoyed it. (The other place we used to go frequently was Sizzler.) So I don't know if I will ever eat at Red Lobster again. If I do, I will just stick with getting a whole lobster.
Posted by JustinM at 11:07 AM

The cheesy biscuits are sprinkled with crack I am sure. I tried the Gumbo and the Lobster Pizza there probably two weeks ago. The gumbo sucked and the "lobster" was langostine... phonies!!!

That's lame. It's one thing when a place like Long John Silvers or Rubios advertises lobster. You know you're eating fast food and paying a small price; obviously you're going to be getting langostine. But when a seafood restaurant (let alone one with the word lobster in the title) advertises lobster and they do the bait and switch, it's not cool.

2. You should make your girlfriend wear her old uniform from red Lobster. It's sexy.