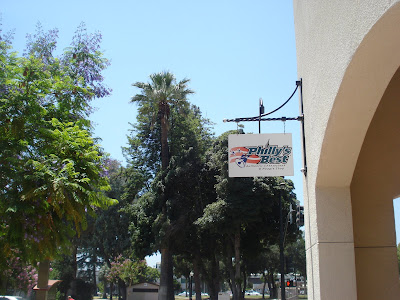 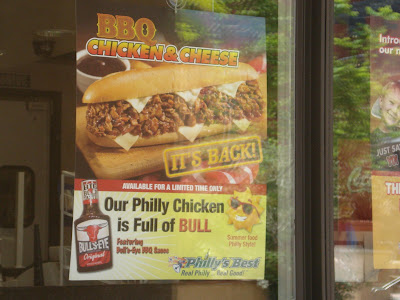 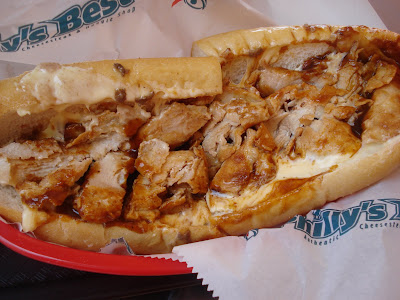 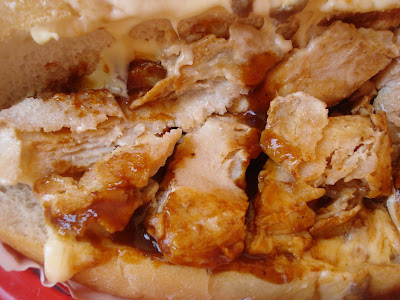 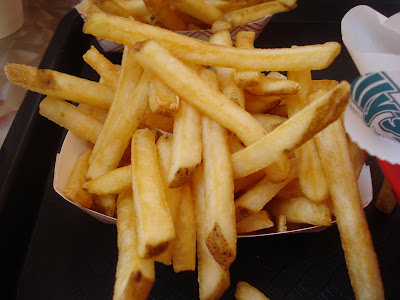 It was a hot weekend day and the idea of eating outdoors sounded good. I was in the mood for something quick, though, and not expensive. I considered a couple places in neighboring cities, but suddenly the idea of sitting outside at Del Mar Station and eating a Philly's Best cheesesteak sounded fantastic. I have yet to have a bad meal there, and it's always fast.

When I got there I immediately noticed the sign in the window advertising the BBQ chicken and cheese sandwich. This was a tough call: there are very few things I love more than barbecued chicken. And yet the one time I strayed from my usual pepper cheesesteak at Philly's Best, when I ordered the chicken pepper sandwich, I was disappointed. It was still good, but nowhere near as good as my usual order.

I must have gone back and forth on this for about 30 minutes. OK, that's a bit of an exaggeration. Maybe 30 seconds. I decided I might as well try something new, so I ordered the BBQ chicken. Elizabeth was with me; she ordered her usual cheesesteak. Either she's not as adventurous as I or she's just much smarter.

I know this is all too predictable, but... the sandwich was very good, just not as good as the cheesesteak. The sandwich wasn't drowned in sauce, which I was expecting. The chicken was high quality. Like the chicken pepper, if this sandwich was all they had I would eat it gladly. But it's just not as good as my usual order. Elizabeth offered me a bite of her sandwich. At first I said no because I knew I would be kicking myself for not ordering one. But eventually I had to take a taste of hers. And then I kicked myself. Yeah, I think she's just much smarter than I am.

As has become my usual routine, I ate half my fries, then half my sandwich, then the other half of my fries, then I wrapped the remaining half of sandwich to take home. The next day I took it out of the fridge, smeared it with Zankou garlic sauce, wrapped it in foil, and let it bake in the oven for about 15 minutes. This was about as good as anything I have ever eaten. 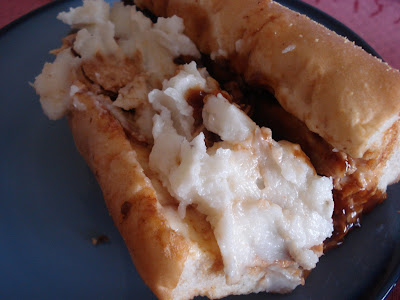 For all the Zankou garlic sauce you consume, you really don't smell that bad at all. It's kind of surprising.