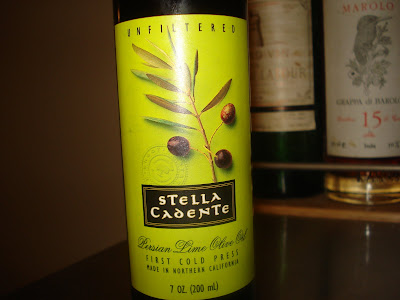 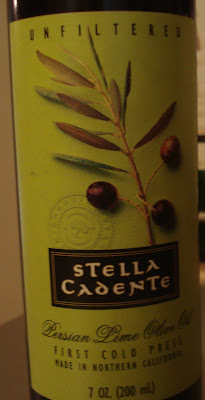 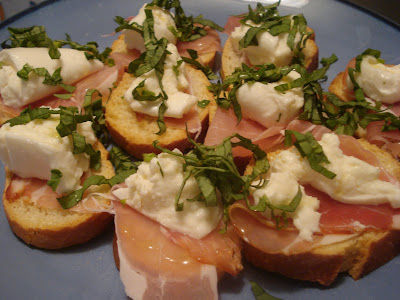 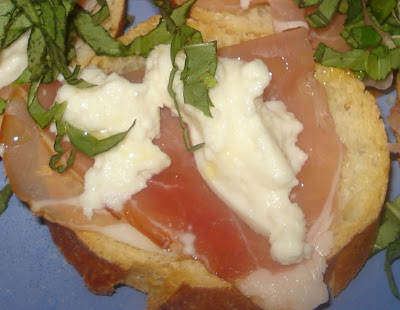 The other evening I went into Beyond the Olive, the new store in Old Town selling nothing but oils and vinegars. I liked it much more than I expected to; I have been in many specialty stores like this but never been impressed. Such stores, which I won't name, often have a selection of "specialty oils" similar in quality to what you can get at Trader Joe's, differing only in their 500% price markup. Beyond the Olive's selection is reasonably priced, and almost everything is from California. As silly as I find a lot of the ideas behind the "local food" movement, the idea of a store showcasing California olive oil, which has long been underrated, is appealing.
I sampled a few things, something Beyond the Olive not only allows, they encourage, and decided on some Cabernet vinegar. I wasn't thinking about getting any oil - I still have a little bit left of each of my own olive oils - but the Persian lime olive oil was unique - it was a little bit fruity, but with the unmistakable tang of lime. The label suggested serving it with grilled seafood, one of my favorite foods, so I bought the bottle.
A couple nights later I put out some appetizers of crostini with burrata, prosciutto and fresh basil. I was considering drizzling some Sicilian chili oil over it but then thought why not try the new lime oil? As it turns out, it was a very good match. I put a couple drops of balsamic vinegar on two of the pieces, to see if that blended well with the oil, but it wasn't necessary: the oil is fine by itself.
Soon I will grill up some seafood and feature this Persian lime oil.
Posted by JustinM at 11:50 AM

When is the next football game? Could this store be a potential for a new lunch? I am buying.